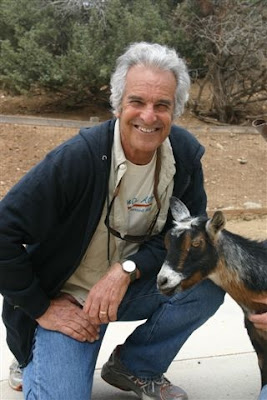 I guess it's a bit mean of me to put up a post about Jeffrey Masson's talk yesterday at Massey University, because it's too late now to invite any of you to come along.

You did miss out on a treat, though.

I first heard him speak in 2000, when he was invited along to one of my colleague Jenny Lawn's classes to talk about Freud. He hadn't been in New Zealand very long, and of course that was how most of us still knew him: as the author of The Assault on Truth: Freud’s Suppression of the Seduction Theory (1984), and as the subject of Janet Malcolm's In the Freud Archives (1984), which he took her to court over.

It came as a bit of a surprise to hear that he was now working on a book about cats (it would eventually be published as The Nine Emotional Lives of Cats: A Journey into the Feline Heart (2002)), and had begun to shift his attention from human to animal psychology.

When I was asked to oversee the Albany campus version of "Writers Read" -- a very successful series which has been running at Palmerston North for seven years and in Wellington for five -- I must admit that one of my first thoughts was that it would be interesting to look up Jeffrey Masson again and to see what he'd been up to over the last decade.

I do have to say that the book he's working on at present, about the nature of human agression, examined by contrast with other apex predators (there are almost two hundred, apparently, and they including Orcas, African lions, caimans and a whole slew of others), seems to combine the best features of his earlier, more "scholarly" work with his later, more "popular" books on animal emotions.

As his dog Benjy slowly circumnavigated the room, snuffling and making friends with each member of the audience, Jeff held us spellbound with the various theories that exist already about the roots of human aggression and murderousness. Was it the invention of agriculture which was at fault (as Jared Diamond claims), the domestication of animals, or the growth of organised religion? Whatever it was, something went wrong with us around 10,000 years ago which has been plaguing humanity ever since.

To some people, of course, such broadscale thinking is by definition a waste of time. What can one hope to achieve by considering such massive and unanswerable questions? It's a dangerous business, to be sure, but then clinging to the nitty-gritty detail of one's particular specialisation doesn't really absolve one of responsiblity for the rest of the world's ills.

I think everyone in the room yesterday would agree that Jeff Masson did a pretty thorough job of weighing the sources against one another; what's more, he was prepared to suspend judgement where insufficient data was available. It was a rivetting perfomance. A shame a few more of you weren't there. I really am sorry that I didn't have the foresight to warn you in advance that he was coming to Albany.

You can find out the original advertisement for his talk here. Do feel free to come along to any others in the series that take your fancy. 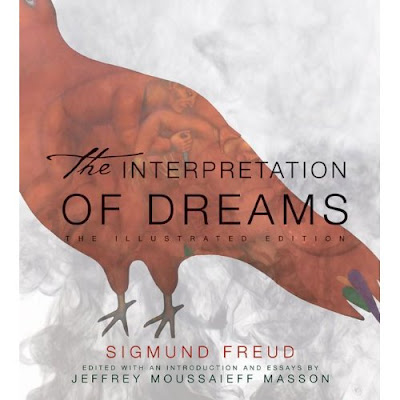 Jack, for one of his books Masson came to my place and picked up some books (various) about animals and other stuff.

He also knew Brent Lewis who had Nostromo books.

On the subject of war (and murder etc) there is a book I read by another American, a cognitive scientist that is interesting. It was:

"The Most Dangerous Animal : Human Nature and the Origins of War"

He goes into the subject in quite some depth (but the exact causes of war still seem to be a mystery he concludes, though he advances some theories).

I think that whatever it is it inherent but we have to look to other "ways" to survive. One thing he links is that that which causes empathy in the brain is closely associated neurologically etc with that which actually gives us a pleasure in killing. Now this is strange and a bit frightening. But Joanna Bourke also found the paradox that either the same or soldiers in different a places or times had different reactions to war.

While some couldn't even shoot another person, others got deep excitement seeing men and women and children burn to death - and that wasn't limited to "monsters" it was pretty universal.

Also for example ALL combatants killed civilians - more civilians die in modern wars - and atrocities were perpetrated by ALL nations involved in war including NZ soldiers, for example, executing prisoners in WWII.

Ultimately war, I think, is caused by those who pull the triggers - but as to the wider causes, I don't think anything went "wrong", war* (and murder etc etc) is a reflection of what we are. We are animals for whom there are no guarantees. We are the world that is all of what it is...

But also quite widespread was that most people involved in any way in a war were affected in negative ways...psychological trauma etc

My uncle was in the RAF (pilot) and said the experience was terrible, and he suffered from a nervous condition for the rest of his life..but perhaps that was also an inherent thing also.

But these are not conclusive.

* I knew a bloke wh ahdben enaly killed by a gunshotwound adn suffered trauma but was obsessed with war and believed that war was necessary for us. Heraclitus extols war (although he may mean conflict or struggle in general). I myself avoid (too many) books about war as I suffer from bad nightmares if I read on the subject (mean e.g.) I had a book about Jewish resistance to the Nazis and it was fascinating but after reading some of it I had a terrible dream.

Also of course we only have really small knowledge of how the brain works.

The only book by Freud I have read is 'Civilisation and It's Discontents' as there was a poem by Ashbery of that name! It was a rather depressing book. I cant accept Freud' s absolute atheism. But of course he was an important figure in psychology and philosophy. Kind of kicker psychology off as a study. But one thing I hate are dreams. I rarely have a significant dream. They seem to be just the brain muddled up and idling, and wandering all over the place. Awful. I hate dreams.

But very rarely some have been significant. One was of a kind of leopard lion figure or thing that had gripped me and I couldn't move. I was fierce, intense embrace. Iwasn't going to let me go. But the leopard wasn't going to kill me.

I reported it to a counselor (who did or does believe in dreams). He thought it might have something to do with a feeling of (almost) powerlessness in certain situations or generally.

The trouble is the lack of control in the dream / nightmare. But if I could direct myself to have those really exciting or enjoyable ones....Some were repeated. One was when I flew large aircraft all over the place. Or when took over aircraft and saved everyone. Things like that.

And I heard someone on the concert program (he also gave a short dissertation on the influence of Nietzsce's 'Thus Spoke Zarathrustra' in various musical compositions. And he went into the philosophy and why composers had been inspired by his book. He also talked in another talk about how many compositions ('Rite of Spring' and Stockhausens's 'Helicopter Quartet' for example) were inspired and made from dreams. They were dreamed. And (I think his name is Ryan) he himself had trained himself to know when he was in a dream! This was fascinating but I still fear dreams. I fear getting trapped in a dream...