I've just received some rather bad news. Ian Wedde has sent out an open letter to friends of Russell & Jean Haley:


Russell died on Monday 4 July of a brain tumour, at home in Whangarei. He wanted to be cremated without any ceremony, as simply as possible, and this was done on Tuesday. There will be a celebration at his and Jean’s place in Whangarei, on Saturday 9 July.

I can't be at that celebration, unfortunately, but I would like to put a few things on record here even so. I've known Russell Haley for a long time. He was (briefly) a fellow-tutor with me in the Auckland University English Department in the early 90s. I also met up with him quite often while Jan Kemp and I were working on the Aotearoa NZ Poetry Sound Archive in the early 2000s (in which he is, of course, included).

He taught life writing for us for one semester at Albany, and I'll always remember the masterly guest lecture he delivered on the relationship between voice and personality: using a recording of Kathleen Ferrier as a starting point, then moving on to his own biography of Pat Hanly, he took the students and me carefully through every stage of a complex argument about identity.

He was always cheerful, always interesting to talk to, always full of new ideas and original aperçus. We didn't meet often, but it never seemed to matter: there was always something to add to what we'd been discussing on the previous occasion.

Of course it's mainly as a writer that Russell will survive: will continue to be with us for the long haul, I'd venture to predict.

Here's a list of his major publications. Most of them I have, though there are one or two pesky gaps still waiting to be filled: 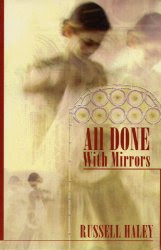 
Russell's work figures prominently in Matt Harris's Doctoral thesis on "Metafiction in New Zealand from the 1960s to the present day" (Massey, 2012), which was co-supervised by Mary Paul and myself. There is also a fascinating interview with him included as one of the appendices.

I guess he had a good innings. Somehow that doesn't seem to matter much when one hears news like this, though: Russell was just one of those people whom it's impossible to imagine gone for good: I'm sure I'll keep on expecting to run into him somewhere for quite some time to come - always with that cheeky smile and that fund of good stories and quiet, unobtrusive intelligence.

I was rereading the first few stories in The Sauna Bath Mysteries just last week. I know that sounds improbable, but it's true. It just suddenly stood out from the shelves and demanded to be read. That will probably keep on happening, too, I'm sure.

Love and good wishes go with you, Russell: and my best to all those gathered in Whangarei today, also. 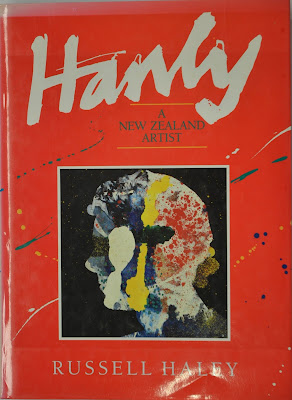 Good on you Jack. I'm weeping now. But strangely happy too.

Hi Jack. Only about a month ago I was thinking about Russell Haley whose work I saw in Morrissey's 'The New Fiction' and I mentioned him to Ted Jenner who recommended his stories. In fact I had been looking for books by him...So, in fact, I recently read all his stories in 'Real Illusions'. It was a library book. The stories are very good and combine the real and the surreal. They are more than very good. A long time ago I also read his book about Hanley although I thought that was by Martin. But he (Martin Edmond) wrote about Philip Clairmont and I read that also. The Hanley book was interesting. A considerable artist of course. Haley I also heard of when I contemplated returning to University (in 1990 or so), as I knew a student at the time who was very enthusiastic about Haley. I was wondering how he was as I realised he was getting on a bit. I never met him as far as I know. He was originally from England and was one of NZ's most innovative writers.

Possibly a little overlooked these days. I want to read more of his books.

I see you were also reading his stories! It is strange how these things happen. Better to read Hemmingway's 'The Snows of Kilmanjaro' again (as I did also recently) as he is long dead! Sorry to be so cheerful about all this.

Not sure I could put instructions so detailed about my funeral. It is a scary business making a will. Why live if you seem to want to die? They celebrate your life instead of mourn? Surely it is a mix of both. Not sure. I think we need to acknowledge the mystery of life and death. We need a religious sense in my view: a philosophic sense of the mystery of existence.

But everyone thinks of these things in different ways of course.

I knew a man whose instruction was that no one attend his funeral and no one talk about him or anything. In life he seemed quite a positive fellow though.

Jack I was reading Russel Haley's enigmatic 'The Walled Garden' (library copy) and looked up Haley et al in Patrick Evan's book on NZ lit which I think is very good. Then I came back here.

[By the way 'Real Illusions' is very much fictionalized and while I think it involves his family it is more a kind of "fabula" (based on his life) and series of stories. The story of him returning to Scotland is priceless. The book is really worth reading though for all the stories.]

I had a brief look at Matt Harris's thesis. Is that available or for sale anywhere as it looks very interesting? I like for example, Morrissey's book on Fiction etc and Patrick Evans' book and others such as Martin and Murray Edmond but it would be good to see that book (or thesis if one can buy such things). I didn't realise Charlotte Randall was a New Zealander, or I forgot but I liked her novel on the insane asylum (The Curative) and I've read books by many of the writers discussed so it would be interesting to see.

I've said the same thing to Matt on numerous occasions - that there are a lot of people who would like to read his views on NZ metafiction. For the moment, though, he's too preoccupied with writing film-scripts. At least the thesis itself is available online to read. And the film-scripts are very good.