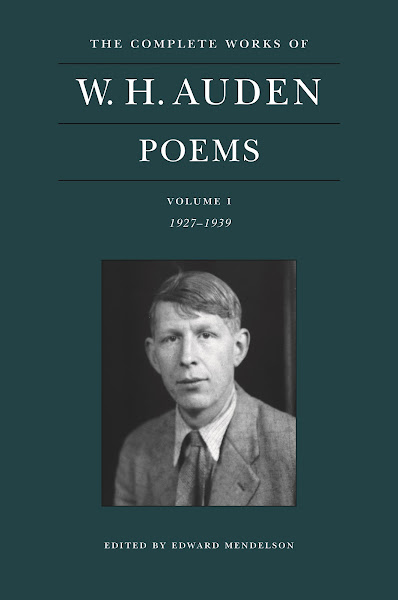 
Way, way back, in 1997 (it must have been), some 25 years ago, when I was first tentatively trying out Amazon.com as a means of obtaining books I couldn't find in the bookshops here in Auckland, I remember that my initial pre-order was for two books I wanted to see the moment they appeared: the Complete Poems of Herman Melville (in the Northwestern-Newberry Edition), and the Complete Poems of W. H. Auden (in the Princeton University Press edition).

It's been a long wait.

But now, at last, after two volumes of 'dramatic works' (1988 & 1993), and no fewer than six volumes of collected prose (1996-2015), it seems that Princeton's complete edition of Auden's works is about to culminate in two volumes of poems. Here's a rough breakdown of the constituent parts of their edition to date: 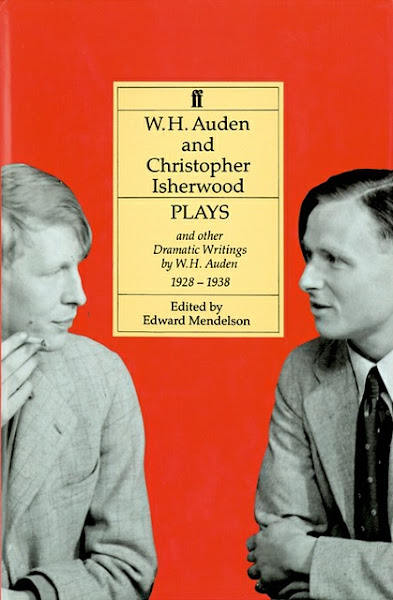 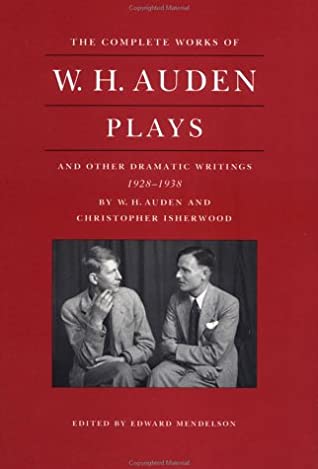 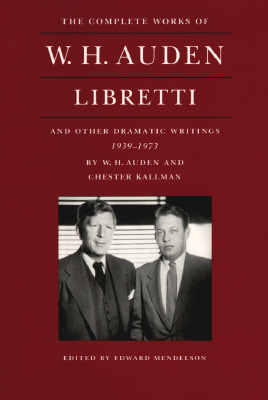 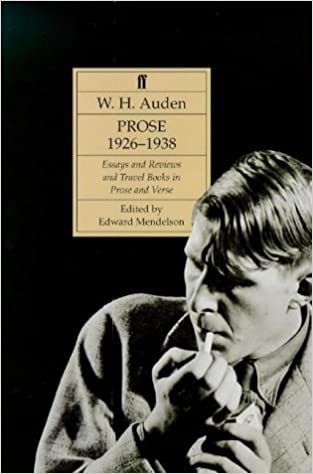 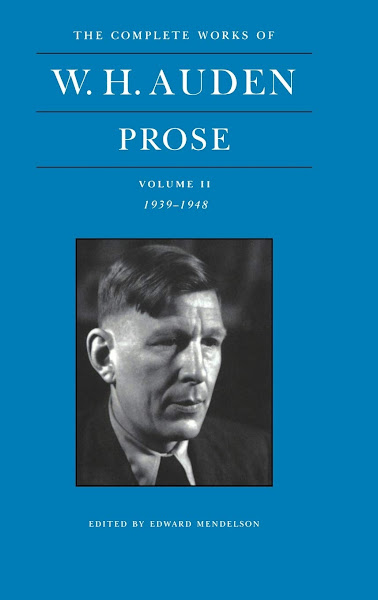 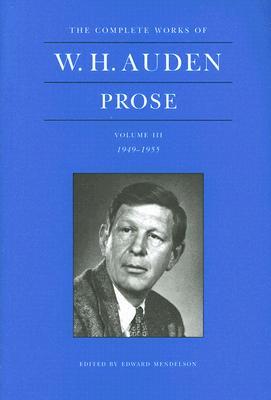 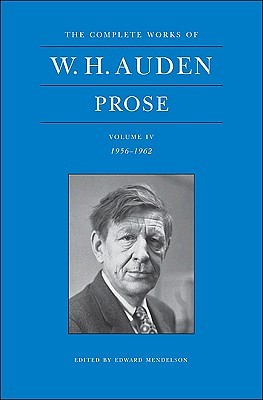 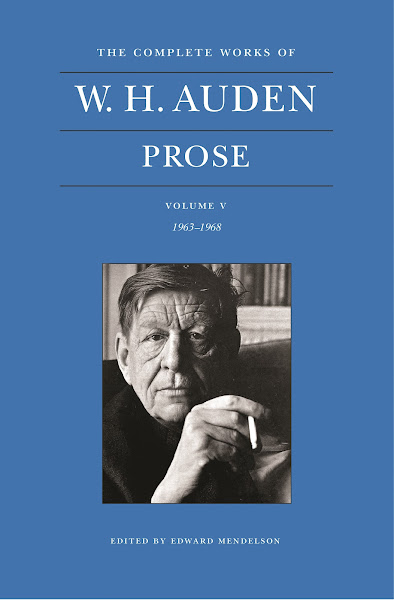 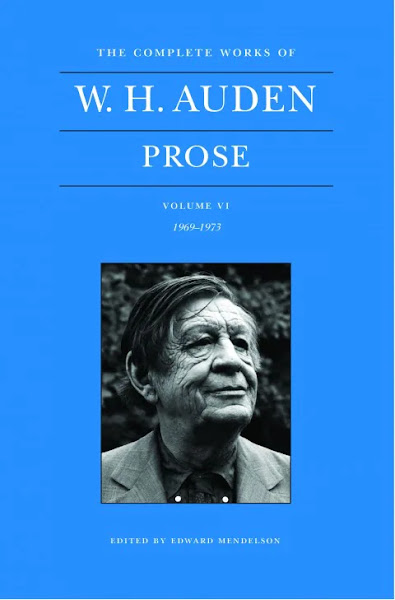 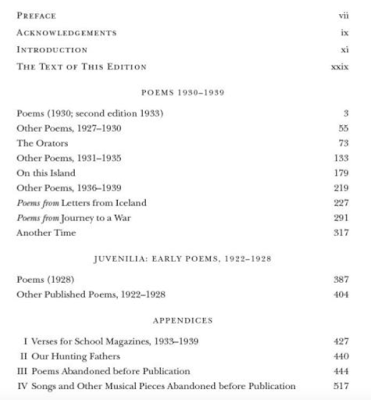 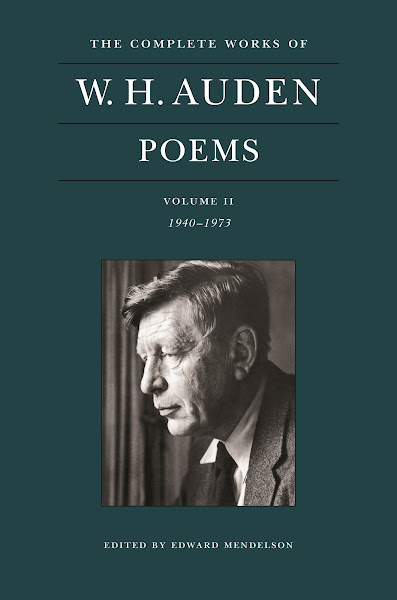 
And why, exactly, should this be exciting news for anyone except Auden fanatics? Some time ago I outlined a few of my reasons for feeling so enthusiastic about his work in the following post. Is there more to it than that, though? We are, after all, coming up (next year) to the fiftieth anniversary of his death. Shouldn't we give him a bit of a rest?


I'm afraid not. Like his close contemporary (though not really friend) George Orwell, W. H. Auden maintains his relevance for readers today. I guess one reason why is because both grappled directly with the issues of their day, rather than maintaining some kind of careful aesthetic distance from the ugly events of the mid-twentieth century - among mankind's lowest moments in terms of sheer violence and terror.

Another reason is the way that both of them wrote: in clear, straightforward English, immediately comprehensible to most readers. Take, for example, Auden's 'Refugee Blues', written in 1939 as the true horror of Hitler's policies against the Jews became increasingly undeniable:

Is it poetry or propaganda? At the time many thought that Auden was crossing a line in talking so directly about the issues of the day - 'poetry' was for things like daffodils, and broken hearts, and learned disquisitions on history. It's a matter of taste, I suppose, but when I read lines like the ones below, I have to say if that isn't poetry, I don't know what is:

All I can say is that as Russian tanks roll again in Europe, and refugees stream west before Putler's armies, it's Auden poems I turn to for a bit of light in the darkness. All of a sudden he seems terrifyingly relevant in a way we probably all hoped he would never be again. 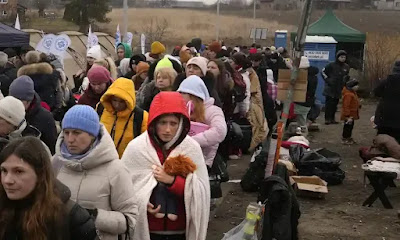 But I think Auden's great contribution to political poetry is usually more oblique. He uses abstractions more often. Or comes via: 'the monster at Linz' (something to that effect) and he is actually saying as when he says, I think in The Quest - that 'we are the situation'. That is the subtlety which evades the dangers of say nationalism of jingoism which we know poets such as Kipling go into. So Hitler, in deep sense, he implies, is what we have somehow created or something in our society has. Free will versus predestination etc. But he does 'tackle' these issues in clever ways.

There was rarely that direct approach. But I agree that, more than many poets, he had a moral commitment and I still recall you pointing out that after (in his eulogy for Yeats -- who, we have to concede, flirted inter alia with Eugenics) saying or repeating Auden's; 'Poetry makes nothing happen' you added that most people miss (as I had) that it continues with: '...but it survives in the valley of its going'.

We don't need the present crises to appreciate Auden. But of course it would be something very concerning to Auden (the Pandemic, other miseries, then a horrible war...but would he 'reach conclusion'?

On the other hand Wordsworth's 'Daffodils' is a great poem to read now also. People forget how beautiful it is, and also how it was written. It took a number of years, according to the Journals of Dorothy Wordsworth -- she wrote the description -- William brooded or thought on it, then his wife came up with --- I think, the phrase: '...they flash upon that inward eye...' The Wordsworth's, in their own way, were concerned with the people around them and Coleridge and WW et al with the complexities of the (earlier) French Revolution, Coleridge's opium addiction and perhaps Lamb's tragedy.

But I concur that Auden was engaged in a way that perhaps Eliot and Stevens weren't so much. Another example was Sassoon and Owen who you wrote about recently. That was informative.

If people have difficulty with Auden I use Fuller's 'Guide' but many are relatively straightforward. He has quite a range. But I think you are pointing to that Auden was somehow not in a large all-encompassing Theory (as he might put it -- in capitals) as Pound and others drifted into. Olson, learning from Pound, was more engaged and Susan Howe and others tried a more subtle approach (to war etc). The direct attack might work in a war, but for a poet, perhaps not.

I unearthed one of my 'political poems' I wrote during the Balkan wars in the 90s and it was pretty engaged. But even though (it was read well on Poetry Live) my son and others liked it and another poem, I was a bit uneasy with it. Was I someone who consistently cared. I had such misgivings even when (before during and after) the times I protested in the Springbok tour time, when I was battened. I felt guilty or part of me did. Strange. But earlier protesting the Vietnam war, when I felt I could, somewhat (we did have some knowledges) more intensely I was 'right'.

On the other hand I am not so sure of Yeats's almost pat 'The best lack all conviction / and the worst are full of a passionate intensity.' But at least Yeats was there, bore witness and so on. And there were others such as Longely you mentioned but Sean O'Casey, and others.

Auden was certainly pivotal I think. We couldn't leave it all with Eliot etc much as I love the lines...and I cant see Eliot being interested much in WWI, for me that isn't what the Waste Land is 'about' ... perhaps he was, but too disturbed by it all? Pound was affected by it but...and others were... We definitely cant ignore our own times. Indeed we cannot write in a vacuum. Auden tried to give some meaning with his great input. A mix of directness and complexity. Great writer. This war is bizarre and terrible. Comes like a kick in our psychic guts by a Madman.

"I cant see Eliot being interested much in WWI"

...but Prufrock and other Observations was dedicate "For Jean Verdenal, 1889–1915 mort aux Dardanelles" and there's strong evidence that The Waste Land was - partly or as a whole - an elegy for him.