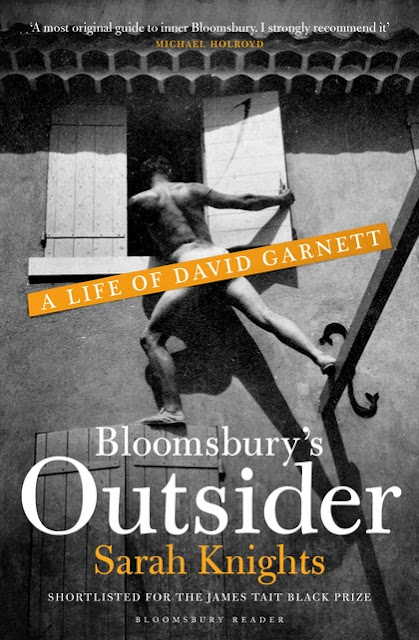 Lytton Strachey, perhaps the most thoroughly naturalised of Bloomsbury insiders, once decided that it would be interesting to try to record in detail the events of a single day:

... to realize absolutely the events of a single and not extraordinary day - surely that might be no less marvellous than a novel or even a poem, and still more illuminating, perhaps! If one could do it! But one can't, of course. one has neither the power nor the mere physical possibility for enchaining that almost infinite succession; one's memory is baffled; and then - the things one remembers most one cannot, one dares not ... 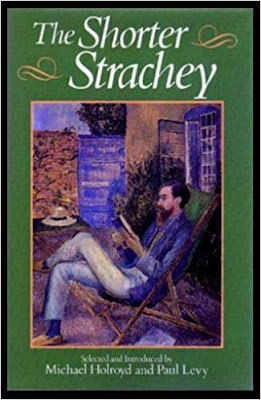 He decided to have a go at it, anyway. The day he chose was Monday June 26th, 1916. The results were not published till long after his death, in The Shorter Strachey (1980), but they do constitute an irreplaceable record of Bloomsbury in wartime. His biographer Michael Holroyd gives the background of the piece as follows:

Rejected as a conscientious objector, Strachey was also rejected as unfit for any kind of military service. On 26 June 1916 he was staying at Wissett Lodge, a remote Suffolk farmhouse where Duncan Grant and David Garnett had set themselves up as official fruit farmers under the National Service Act. His description of this Bloomsbury colony gives an authentic picture of a matriarchy presided over by Vanessa Bell. [21] 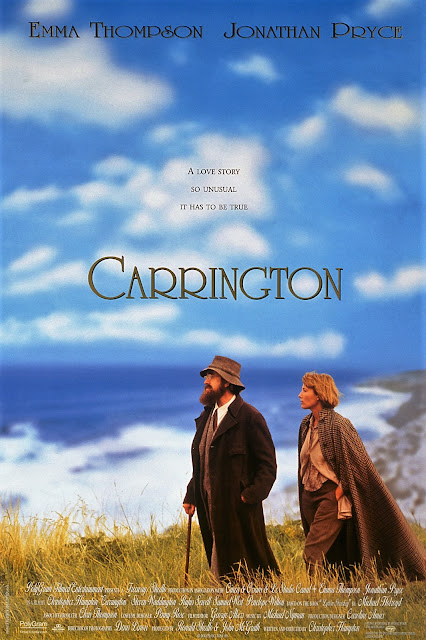 This is all material familiar from Christopher Hampton's brilliant film Carrington. What perhaps isn't quite so familiar is the following:

I went out of the room before anyone else, and walked through the drawing-room out onto the lawn. It was still quite light, though it must have been past nine o'clock. I paced once or twice up and down the lawn, when Bunny appeared and immediately joined me. ... I felt nervous, almost neurasthenic - what used to be called 'unstrung'. He was so calm and gentle, and his body was so large, with his shirt (with nothing under it) open all the way down - that I longed to throw myself onto him as if he were a feather-bed, to tell him everything - everything, and to sob myself asleep. And yet, at the same time, the more I longed to expand, the more I hated the thought of it. It would be disgusting and ridiculous. It was out of the question ... We went and sat on a dirty seat at the end of [the kitchen garden], and I thought that if it had been a clean stone seat, and if he had been dressed in white knee-breeches and a blue coat with brass buttons, and if I had been a young lady in a high waist - or should it have been the other way round? - the scene would have done well for an academy picture by Marcus Stone. 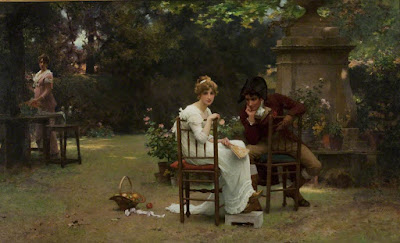 ... We came nearer to one another, and, with a divine vigour, embraced. I was amused to notice, just before it happened, that he looked very nervously in the direction of the house. We kissed a great deal, and I was happy. Physically, as well as mentally, he had assuaged me. That was what was so wonderful about him - he gave neither too little nor too much. I felt neither the disillusionment of having gone too far, nor any of the impatience of desire. I knew that we loved each other, and I was unaware that my cock had moved. [34-37]

Of this delightful scene (for Lytton, at least) David Garnett later caustically observed:

What I remember must have been the next day - the day he apparently left. We went for a walk along the edge of a cornfield and he told me that he was in love, or more than a little in love with Carrington and made me promise not to tell Vanessa or Duncan or anyone. ... I kept my promise ... I suppose it was the reassurance I had given him which led him to confide in me and he was also perhaps more ready to confide a heterosexual attachment to me than a daydream about the postman which would have strained my powers of sympathy!

I guess, at the very least, this extract serves to give you some idea of the polymorphous complexity of its day-to-day life. The aptly nicknamed "Bunny" (David Garnett) would go on to marry Duncan Grant and Vanessa Bell's daughter Angelica, a quarter of a century his junior, who was not even born at the time. Duncan Grant was, rather awkwardly, an ex-lover of his. 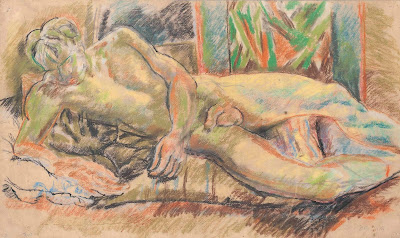 
These complexities of his emotional life have grown to overshadow unfairly the range of David Garnett's creative work, though I suppose it could be said that attempts to convey the complexities of love lie at the heart of most of his writing: certainly his first great success, the fantasy Lady into Fox (1922), but also such later novels as Aspects of Love (1955), adapted as a musical by Andrew Lloyd Webber in 1989. 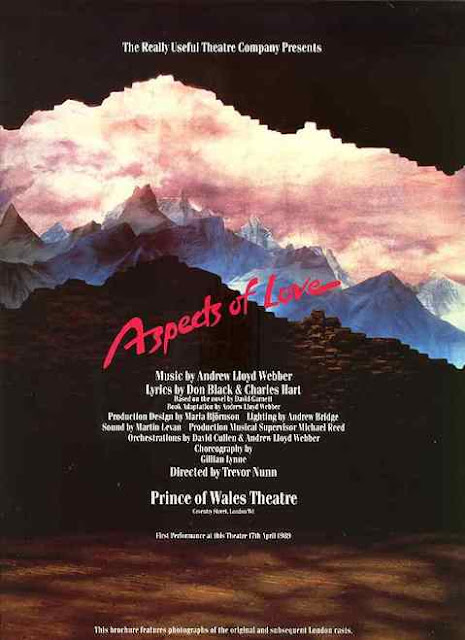 I suppose what appeals to me most about Garnett is this many-sidedness of his. He could be somewhat censorious of the sexual irregularities of others in later years - witness some very judgemental remarks about the sado-masochistic leanings of his friend T. H. White (included in the published correspondence between the two), as well as the implied sneer at Lytton Strachey above. But you don't have to approve of every aspect of someone's behaviour to find them a fascinating study. In fact, I'd feel inclined to assert the opposite.

As well as a well-thought-of novelist, he was also a pioneering publisher and editor: co-founder of the Nonesuch Press with Frances Meynell in 1922, and editor of some of its most intriguing volumes of contemporary writing - such as D. H. Lawrence's Love Among the Haystacks & Other Pieces: With a Reminiscence by David Garnett (1930): 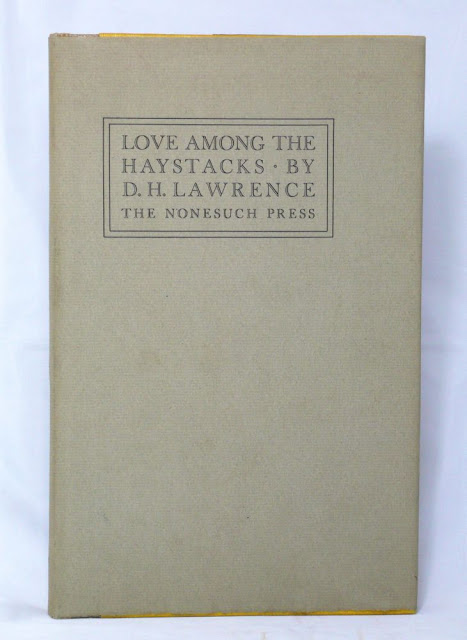 Among his other achievements as an editor, the following all deserve a mention: 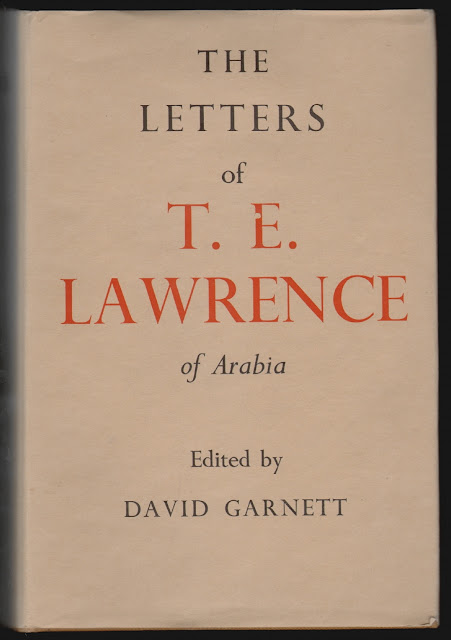 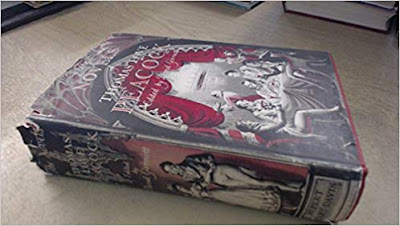 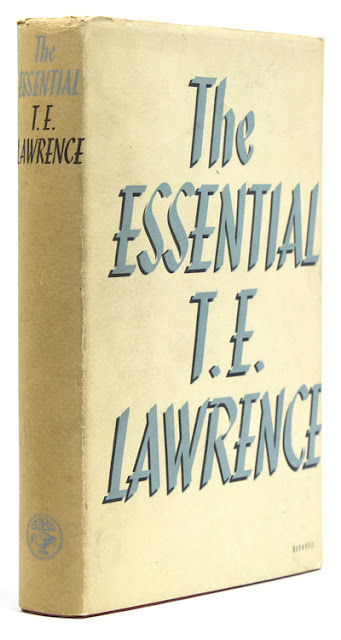 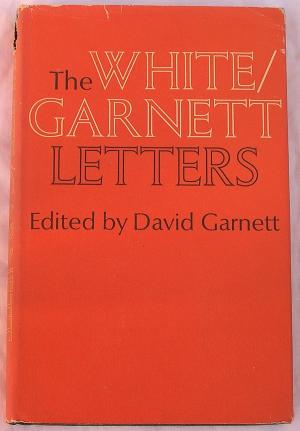 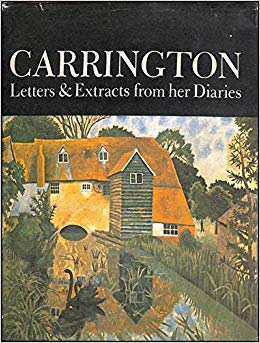 David Garnett, ed.: Carrington: Letters and Extracts from Her Diaries (1970) 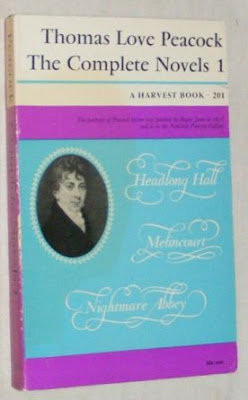 These are all substantial books, in use to this day, and witness to his wide range of friends and acquaintances - as well as to a set of scholarly skills presumably inherited from his grandfather (who preceded him as an editor of Peacock).

Here's a list of his works (the ones which I myself own - a mere 18 out of 44 - are marked in bold, so you can see that I have a long way to go before I can boast a really comprehensive collection): 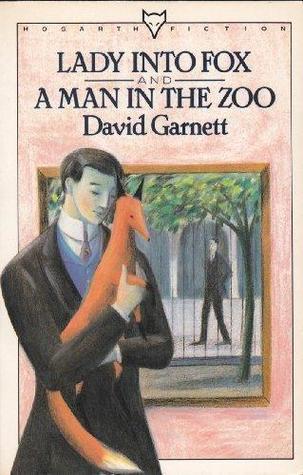 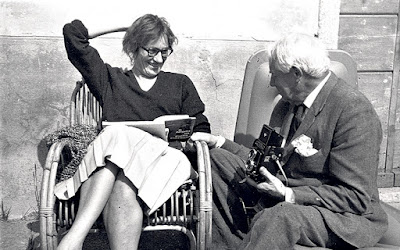 I'm conscious, in this Garnett post in particular, of having rather skated over the complex history of the family and their interrelationships. Librarian and bibliographer Donald Kerr has reminded me of the existence of Edward Garnett's bibliophile brother Robert Singleton Garnett (1866-1932), author of - among many other titles - Some Book-Hunting Adventures: A Diversion (1931) and Odd Memories: More Book-Hunting Adventures (1932), whose collection of rare Dumas manuscripts and early editions is now housed in Auckland Public Library, but I have to admit that that's the extent of my knowledge of him.

"How much sex did one writer need?" is the title of one fellow-blogger's review of Sarah Knights' Bloomsbury's Outsider: A Life of David Garnett. Certainly, far more detail on David Garnett's love-life (in particular) than anyone could ever possibly require is included in Knights' very readable book. This is how she sums up his colourful life:

Bunny was not perfect. He espoused honesty but lacked self-awareness. His need for diversion was often destructive. He was cruel to his wife Ray. Perhaps he was selfish in loving Angelica and marrying her. But as an imperfect example of humankind he created courageous stories, wrote beautiful prose, supported his friends, helped other writers, remained true to his convictions and loved his family.

I have to disagree. I don’t mind that he was bi-sexual or polyamorous, but I do care that he thought about nobody’s emotional needs except his own. Not his wives, not his children’s and certainly not his lovers. Being a great writer did not make up for his other failings.

So there the matter stands. I like his books, and I propose to keep on collecting them. That's about the size of it - for me, at least. I hope to say some more about Bunny Garnett in a future post on one of his closest friends, that even more fascinating and mercurial character T. E. Lawrence, but for now, enough said. 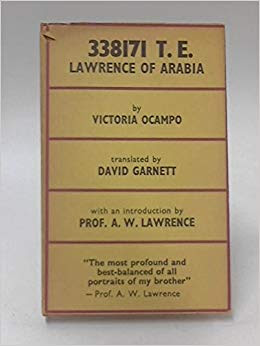 Awesome post.Thanks for sharing.This is so nice.