Worried about the Illuminati? 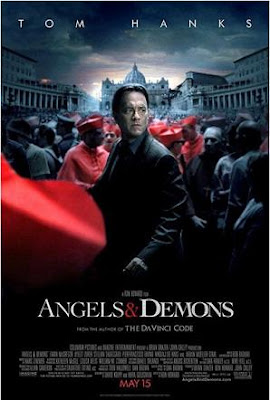 
No? Well, you probably should be!

There’s a wonderful scene in the film version of Dan Brown’s Angels and Demons where Ewan McGregor, who’s acting as a kind of Vatican caretaker while the Cardinals are locked up in conclave to elect a new Pope, is attacked by a madman with a red-hot branding iron.

“Illuminatus!” cries Ewan, as his flesh burns. Yes, his assailant is indeed one of the Illuminati, fresh from the late eighteenth century (where we might have hoped they’d all be resting in peace).

As it turns out, there aren’t any actual Illuminati in the movie. Tom Hanks, reprising his role as Harvard Professor of “Symbology” Robert Langdon from The Da Vinci Code (2003 / movie 2006), manages to detect the subterfuge and discover that Ewan has actually branded himself as part of his complicated plan to subvert the Papacy. 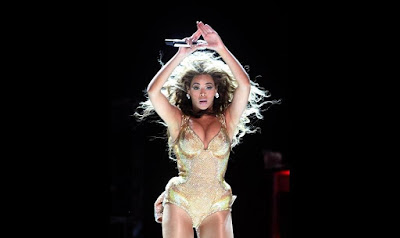 
It’s funny how those elusive Illuminati recur – mostly as villains, admittedly. My local fish ’n’ chip shop keeps a pile of tattered magazines to read while you’re waiting for your order. I think it was in the Australian Women’s Weekly that I learned that Beyoncé Knowles is one of the Illuminati. Apparently she’s been making pyramid shapes with her hands at recent concerts, which is a sure-fire sign of being an initiate (presumably this was before she took to dressing like a Black Panther instead). 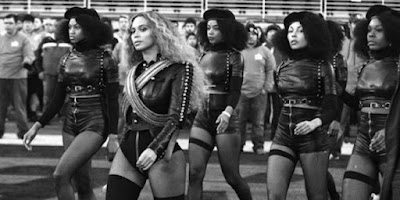 Beyoncé as a Black Panther


The pop group Coldplay, too, has been displaying strange flower symbols on their drumkits of late. The author of the article thought there was a good chance that joining the Illuminati might well become the latest Hollywood craze, in succession to Scientology and Kabbalah. Rihanna’s “Umbrella” video, too, is apparently full of similar occult references to her dark master, the Devil. 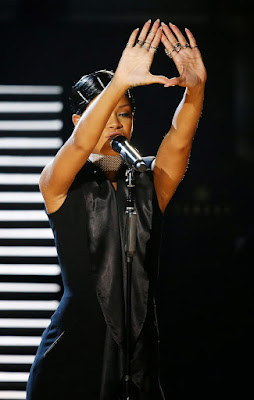 Rihanna, too: Is nothing sacred?


Probably the most sophisticated treatment of this theme is in Umberto Eco’s great novel Foucault’s Pendulum. His two protagonists, Belbo and Casaubon, deliberately cook up the most outrageous mixture of Occultist conspiracy theories possible – complete with Templars, Rosicrucians, the Priory of Sion, and every other conceivable permutation on the general theme of Gnosticism – and then invent a fictitious rendezvous for the whole strange crew.

Sure enough, when the two turn up at the appointed meeting place under Léon Foucault’s famous Pendulum in the Musée des Arts et Métiers in Paris, there they all are. Belbo and Casaubon’s fertile invention has somehow succeeded in creating the very absurdities it set out to parody. Casaubon manages to escape through the sewers, but his companion is hanged from the wire of the pendulum, changing (significantly) the arc of its world-defining rotation.

Eco’s multi-layered, multiple game-playing book can be seen, in retrospect (somewhat like Cervantes’ Don Quixote), to have predated many of the worst excesses of the genre it parodies. True, Baigent, Leigh, and Lincoln’s The Holy Blood and the Holy Grail (1982), with its theory of the descent of the French Merovingian Kings from Jesus Christ (via his common-law wife Mary Magdalene), was already a bestseller. The massive vogue of Dan Brown was yet to come, however, and public knowledge of these ideas was thus not yet universal. 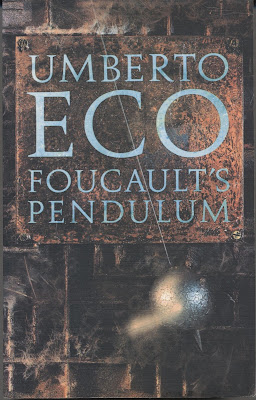 
It was a bit of a shock to me to discover just how far things had gone, though, when I when I found myself reading an online article on Illuminati symbolism in Australia. They're everywhere, apparently - not just in the old world, but here in the new world, too!

The trouble, of course, with all this heavy tongue-in-cheek irony, is that people have a tendency to take it straight. For the record, then, I do not believe that latter-day Illuminati have subverted all our democratic institutions and are secretly plotting to take over the world (though for that matter, they're welcome to have a go, as far as I'm concerned - it's hard to see how they could do a worse job than the present lot ...) 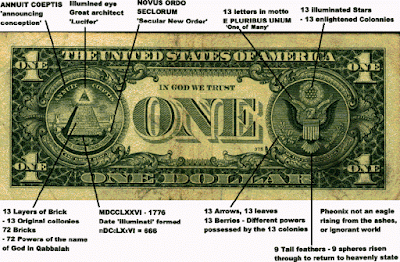 
What does interest me about them is that strange penumbra of omnipurpose, one-size-fits-all conspiracy theory they exhude: sometimes it's the Templars, sometimes the Cathars, sometimes the Priory of Sion, only too often (unfortunately) the Elders of Zion, but always (we're told) there's a bunch of idiots somewhere dressing up in strange robes and painting their faces with symbols and having wild parties to which none of us happen to have been invited (unless some of you reading really are members of the international Illuminatist Frater / Sorority, in which case apologies). 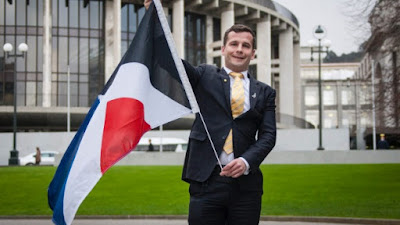 
I suppose it's all harmless enough: I mean, is any conspiracy worthy of the name really going to centre on Beyoncé? No offence, and I suppose the name of her former girl-group Destiny's Child might be seen as a bit of a clue, really, when you think about it ... Huh? What's that? ... a scratching at the window ... that hand! ... what are they chanting? ... Ngaah, Nyarlathotep ... NOOOOOO! ... Aaaaargh ... [CRASH]

[We publish this blogpost just as it was found on the author's computer, complete with those last few meaningless lines. Of course, it can only be regarded as a coincidence that he was interrupted by some intruder or intruders unknown just at the moment he was recording the results of his own investigations into the Illuminati in New Zealand. To draw any other conclusion can only be regarded as absurd and baseless paranoia ... - Ed.] 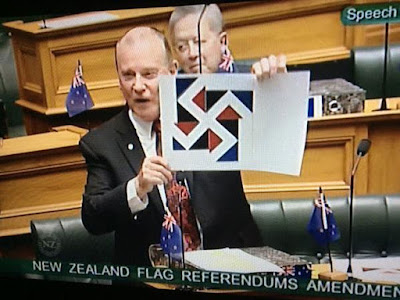