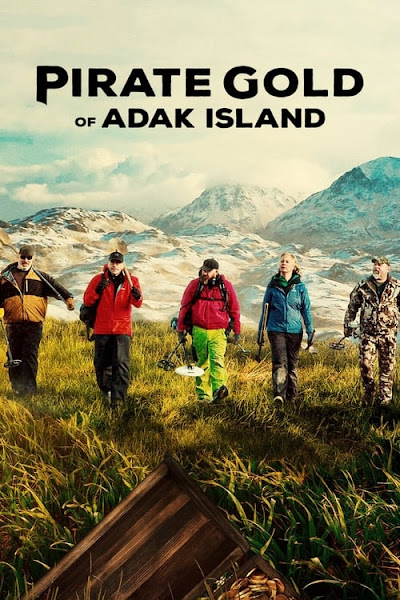 Recently I've been beguiling my leisure by watching the reality TV show pictured above. Would I recommend it? Not really. There are moments when the cast seem literally to find solace in gathering around their truck watching paint dry, and their most exciting cliffhangers generally turn out to be disappointments.

By far the most thrilling event to date has been the explosion of some abandoned WWII ordinance by a visiting explosives expert, but even this failed to turn up anything faintly resembling treasure - unless you count old bale-hooks or discarded drink cans.

But then, that's pretty much what I expected coming in. I guess what amazes me is the extent to which people are still fascinated by the lure of gold - finding it, digging it up, panning for it ... You name it, there's a reality series devoted to it. 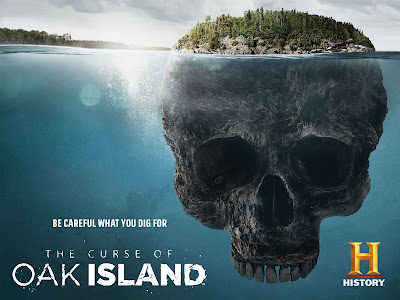 The resonantly titled Pirate Gold of Adak Island comes hot on the heels of the even more tedious (to unbelievers, that is) Curse of Oak Island. I have to confess that when I first ran across the story of the treasure of Oak Island, in a collection of articles from British magazine The Unexplained (1980-83), I found it quite beguiling. In fact I even used it as the frame for a short story ("The Money Pit", 2004). This is how my story began: 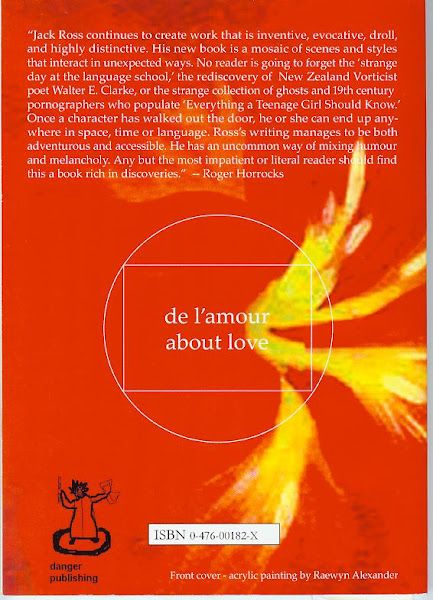 One fine summer’s day in 1795, a sixteen-year-old boy named Daniel McGinnis rowed over to a small island called Oak Island, off the coast of Canada. He hadn’t been there long when he noticed a track leading inland. He followed it, and found a little clearing with an oak tree at the centre. There was a depression in the ground beside it, and marks of ropes and pulleys on the trunk.

Next day he came back with two friends, and started to dig for the buried treasure they thought must be hidden there. Four feet down, they found a layer of flagstones, which persuaded them they were onto something. At ten feet, they found a layer of oak logs. At 20 feet, more oak logs. At 30, still more. That was as far as they could get by themselves, so they went back to town to try and raise money to dig further.

No-one seemed very interested in their project, so it wasn’t till 1804, ten years later, that they were able to return with the equipment to dig deeper. At 40 feet, they found another layer of oak logs, sealed with putty. Then there was a layer of charcoal, then more logs at 50 feet, 60 feet, 70 feet and 80 feet. At 90 feet they found a stone with strange writing on it, but none of them could read it, so they just kept on digging. By now the ground was very wet, and they were continuously bailing out water. At 98 feet they found a platform of spruce logs, and decided that the treasure must be hidden underneath. It was late on a Friday, though, and they decided to leave the last few feet for Monday morning.

On Monday, when they got back to the island, they found the entire pit flooded with water from about thirty feet down. There was nothing more they could do, so they were forced to leave behind whatever was buried there.

This was just the first of many attempts to excavate the “Money Pit” and decipher the mystery of Oak Island. Each new group who came to dig there messed the ground up more, making it more and more difficult to reconstruct the original arrangements.

Eventually they discovered there were tunnels leading to the pit from the nearby seashore, which is why it flooded at every high tide. As the mine shafts got deeper and deeper, the ground got more and more sodden with water, which is why nobody could ever follow up drills which seemed to touch metal objects down in the darkness.

To this day, nobody has succeeded in discovering just what was hidden at the bottom of this mysterious deep hole in the ground. In 1970 a special submarine camera was sent down over 200 feet. It filmed what looked like a treasure chest with a severed hand beside it. Divers were unable to find anything there, though.

Nobody knows who dug the immense pit – or why.

B(-). This is an interesting story, which you tell very well, but I wonder why it’s of significance to you, and what it tells you as a story? (I take it it’s true and not invented?) You might have included some character sketches of the main people involved, or some theories about who dug the hole (Pirates? Spacemen?) It isn’t really a history essay otherwise, I’m afraid, and can’t be seen as an answer to the question about the nineteenth-century event which seems most significant to you.

After this opening preamble the presumed author of the essay, Laura, a high-school student who reappears in the novella Trouble in Mind, moves on to somewhere else "in time, space, or language", as Roger Horrocks puts it in his blurb above. It does provide a useful summary of the core story of Oak Island and its mysterious money pit, however. 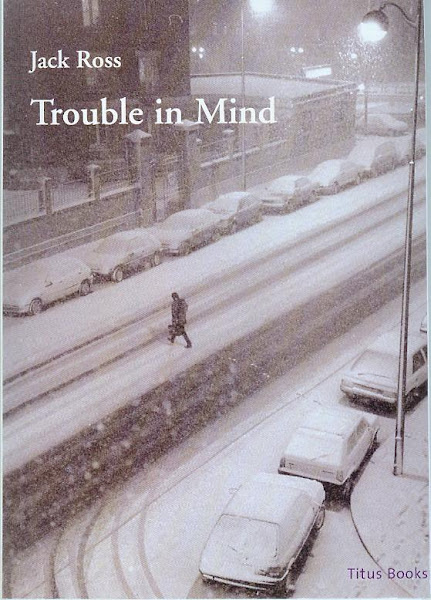 You can guess, then, how enthusiastically I watched the first episodes of The Curse of Oak Island when they first reached local TV! Here at last was a chance to see the island itself, not to mention the fabled money pit which had for so long haunted my dreams ...

Only to find a farrago of deserted building sites, endless discussions in boring, ill-lit rooms, loud arguments between men in caps on grimy beaches - and more of the usual stuff of reality TV. It seems unbelievable to me that the quest continues, after (now) nine annual seasons of almost completely uneventful treasure hunting.

I guess, in the end, the ultimate treasure is ratings, and if you can persuade your audience to keep on tuning in, then that's where the money is. 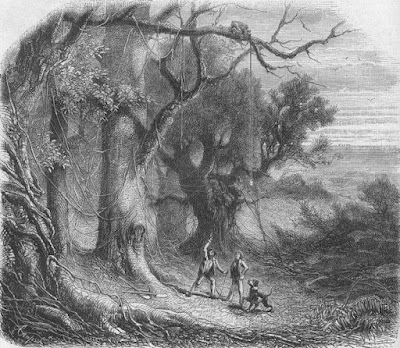 The great grand-daddy of such shows would have to be Edgar Allan Poe's story "The Gold-Bug." The whole apparatus of secret codes, hidden clues, and picturesque adventures on the way to treasure is deployed here in full for virtually the first time.

The Sherlock Holmes story "The Dancing Men" finds its origins here, as indeed does the use of such crypto- and cartographic devices in fiction. Poe may not have invented Science Fiction itself (the credit for that is now generally awarded to Mary Shelley's Frankenstein), but he does have a strong claim to be regarded as the progenitor of its close cousin, Detective Fiction. 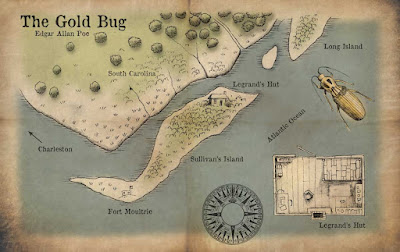 "The Gold-Bug" remains one of Poe's most popular stories. The ingenuity of the plot is equal to any of his earlier tales of Dupin, and the pirate-gold motif (left behind, on this occasion, by no less a figure than Captain Kidd himself) directly inspired such works as Stevenson's Treasure Island (1883), Rider Haggard's King Solomon's Mines (1885), and thus, obliquely, J. M. Barrie's Peter Pan (1904). 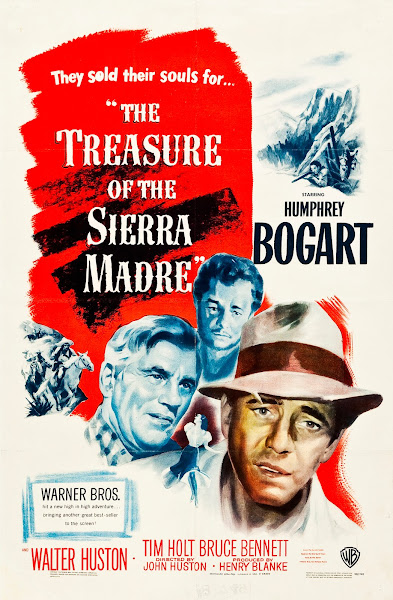 There is, however, an alternate tradition. The mysterious B. Traven's novel The Treasure of the Sierra Madre (1927) was made into an even more famous film by John Huston in 1948. In one of his greatest performances, Humphrey Bogart embodied hopeless drifter Fred C. Dobbs, lured by greed for gold into a homicidal frenzy, until he's finally cornered by a posse of Mexican bandidos.

The film's last image, of gold dust blowing away in the desert wind, aptly sums up its message: Beware! Beware of gold-fever, of excessive greed, of dying alone with your inedible treasure all around you ...

Much the same could be said of Captain Gregory Dwargstof, the seal-poaching pirate reputed to have buried a fortune in gold coins on Adak Island in 1892. After stashing away his ill-gotten gains, it's revealed in the reality series that his ship was wrecked in the Aleutian Islands, and that he himself was imprisoned by the Tsarist authorities, only to die a few months later without ever revealing the location of his hoard.

Having watched (now) what seems like hours of our ill-assorted cast of 'expert' treasure-hunters digging vague holes in the tundra in pursuit of ever more outlandish theories about just where Dwargstof would have left it, or must have left it, or might conceivably have left it, it's hard for me to feel too much confidence in their ultimate success. 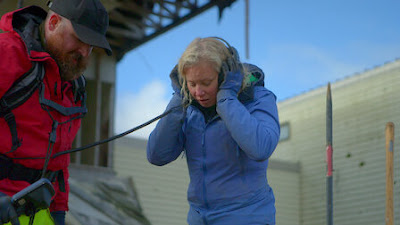 And yet, they are in many ways a rather endearing group. There's the ever optimistic 'Doctor M.', whose scientific acumen seems to entitle her mainly to do most of the digging while the men stand around and watch, or else swing their metal detectors in vague circles to encourage her efforts.

Then there's the intrepid Mayor of Adak Island, Thom Spitler, a steely-eyed mountain man capable of either detecting unexploded shells or leading rescue missions in the hills with equally insouciant efficiency. The real surprise of the series is that he needs any assistance from the others at all. 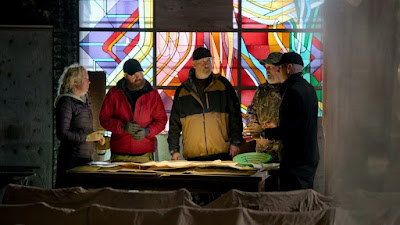 Then there are Burke and Jay, a pair of childhood friends who grew up near the military base on Adak Island, and have a nostalgic attachment to its deserted ruins. While they do seem at times to be longer on bluster than on technical ability, you have to give them credit for constructing some pretty impressive bomb-shielding and rock-lifting gear from random scraps of metal.

The same might be said of technician Brian Weed, who wrangles some wonderfully futuristic gear which seldom seems to detect anything useful.

Despite all my doubts and reservations, though, I have to admit that the series does culminate in an admirably built-up-to climax, which may even succeed in earning them a second bite at the cherry. And, after all, the scenery and atmosphere of the almost abandoned island, with its old rows of prefabs and rain-sodden hall of records, is probably worth the price of admission on its own.

What, then, is one to conclude? That the lure of gold is stronger than any of the excellent reasons other people can come up with to divert your energies elsewhere? That Jack London, Bret Harte, Mark Twain, B. Traven, and all the others wrote their tales of the ignus fatuus of the goldfields in vain?

Yep, pretty much. So long as suckers such as myself continue to watch programmes such as The Curse of Oak Island, Gold Rush, Aussie Gold Hunters and now Pirate Gold of Adak Island, the temptation to cash in on the gold bug will remain. 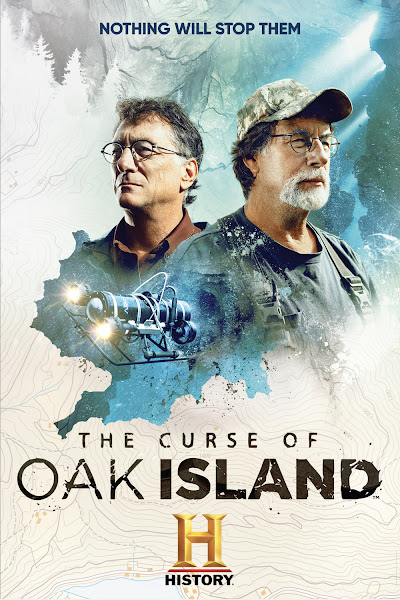 Rick and Marty Lagina: The Curse of Oak Island 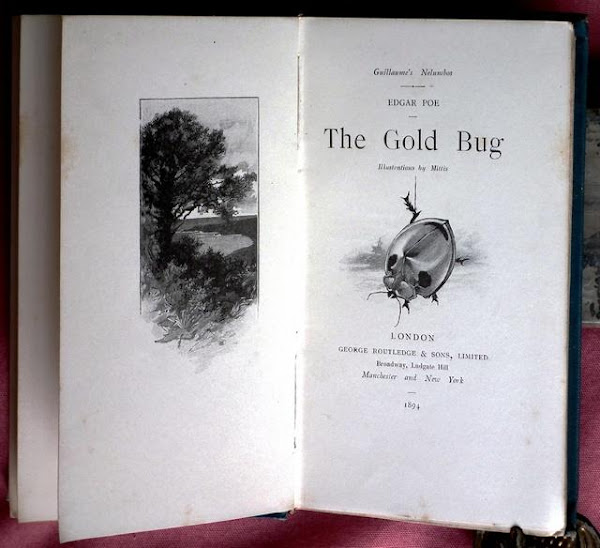