Something to Say: i.m. John O'Connor

all down the Jewish lane children are falling. it’s a game called autumn, a pastiche of drifting leaves and gathering. yet one stays out, has not joined her companions in what they suppose is a fine tumble, quick in the wind, now still.

just one moved towards the vents. a photograph shows them piled in a corner, naked and shaved, almost as if stacked up. yet one figure is in front of the group — as if she had something important to say.

This is the prose-poem "Something to Say," By John O'Connor, included in David Howard's anthology Complete with Instructions. It's always been a favourite of mine - among the very many poems of his I liked. 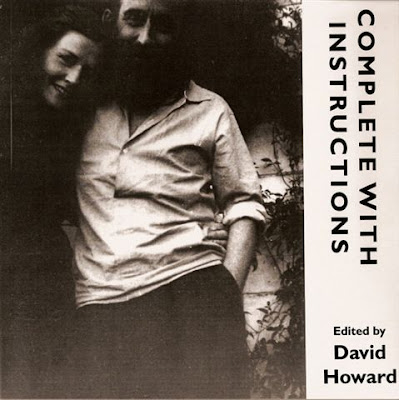 
It was David Howard who introduced the two of us, in fact. I was going down to Christchurch to teach a weekend writing course, and David suggested that I take the opportunity to interview a bunch of the local poets down there for a possible feature in his new magazine Firebrand (which eventually, after many vicissitudes, turned into the anthology pictured above).

I was happy enough to do it, and had a fascinating time driving round the city and talking to the likes of Julia Allen, John Allison, Kenneth Fea, David Gregory, Rob Jackaman, Graham Lindsay, Mike Minehan, and - John O'Connor (you can find complete texts of the various interviews, which I ended up calling "Imaginary Toads in Real Gardens," on my Opinions blog here.

John O'Connor had recently helped to set up Sudden Valley Press, and was active in the Canterbury Poets Collective, and seemed in many ways a natural organiser. It was quite a surprise to me to find out just how delicate and subtle his poetry could be. He wrote in many voices, some of which appealed to me more than others, but in every one of his many books there was always the chance of turning the page and finding something quite extraordinary - something like that haunting prose-poem I've reprinted above.

Here's a list of his books, as accurate as I can make it from my own notes and reviews of his work over the years. There could well be some missing. These are the main ones, though: 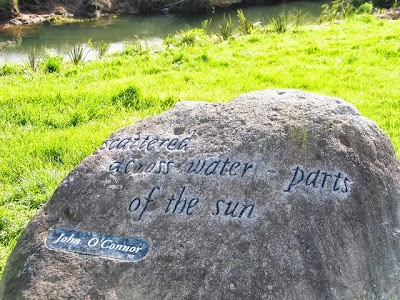 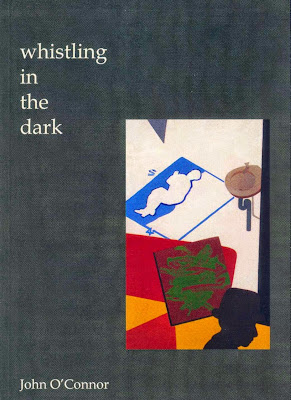 There's a brief bio / bibliography up at the Aotearoa NZ Poetry Sound Archive, but it dates from 2004, over a decade ago, so is pretty out-of-date. He'd done a great deal since then:


John O’Connor is a past winner of the New Zealand Poetry Society’s International Prize, founding editor of the poetry journal plainwraps and has edited various issues of Takahe, Spin, and the NZPS annual anthology. With David Gregory he founded Poets Group and also Sudden Valley Press of which he is managing editor. John’s haiku have been internationally anthologised on a number of occasions, translated into 6 languages and were recently chosen as “best of issue” in Frogpond International, a special issue of the leading US haiku periodical, Frogpond, featuring haiku from 26 countries. His criticism and non-haiku poetry have been widely published in New Zealand and overseas, and his work has been anthologised by Lauris Edmond and Bill Sewell in Essential New Zealand Poems. His last book, A Particular Context, was chosen by members of the Poetry Society as one of the 5 best books of New Zealand poetry of the 1990s. 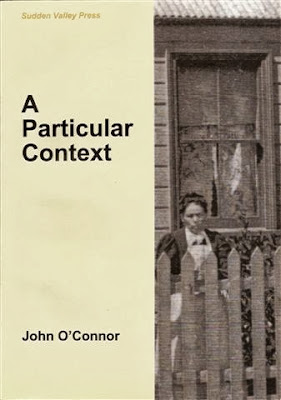 
I guess one of my own fondest memories of John is the roadtrip we did together out to Banks Peninsula in 2003. The ostensible reason for the jaunt was to look for the grave of D'Arcy Cresswell - in which attempt we were singularly unsuccessful (though we did find the grave of a Douglas Cresswell), but actually it was really just to explore a bit. We ended up at Port Levy, as I recall, and John did a good deal of quoting from Denis Glover's Towards Banks Peninsula along the way - not to mention his own poem "At Port Levy."

I wrote a poem about our trip, in fact: probably too allusive to make much sense without the context of that day out in the hills, but I give it here as a little tribute to that good man and good poet John O'Connor - "A red libation to your good memory, friend":

Feed, propagate, be fed on; please someone; die.
– Kendrick Smithyman

didn’t mean to
sampling
set for

landing
sun breaks through
the clouds

2 - Searching for the Original

Dog gobbles up flies
from the floor of the church

dug in
with his wife

Look up at the hills
stone plugs

the fairies lived there
girl could tell you more 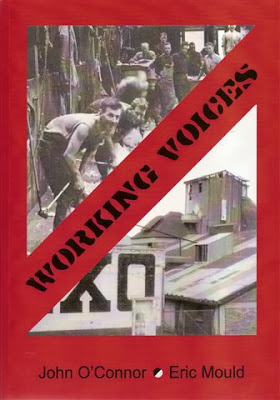 
I'm glad I was able to include two beautiful translations by John in the last issue of Poetry NZ, together with a notice of his latest book. I didn't then fully understand the significance of its title, Whistling in the Dark.

John O'Connor is a man who will be sorely missed, and I'm sorry that there won't be any more of his wonderful books to leaf through, with curious surprises lurking behind the most unobtrusive pages. 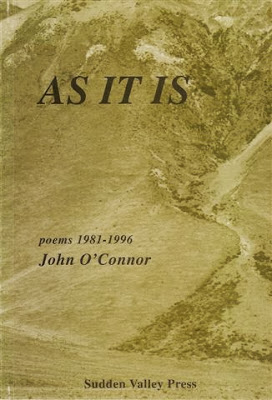 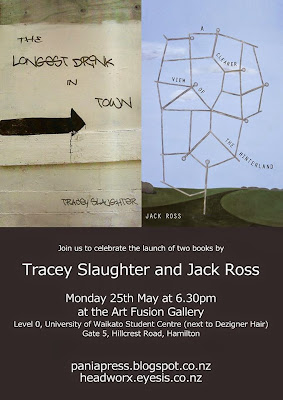 
I'm pleased to report that there's going to be a double booklaunch for Tracey Slaughter's latest, the novella The Longest Drink in Town, published by Pania Press, together with my latest, the poetry collection A Clearer View of the Hinterland, publlished by HeadworX of Wellington.

Here are the details of the event: 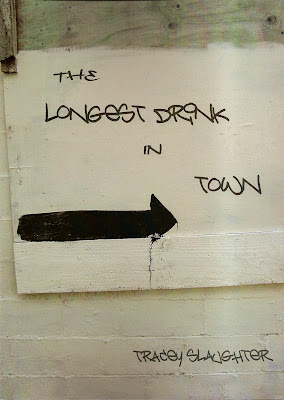 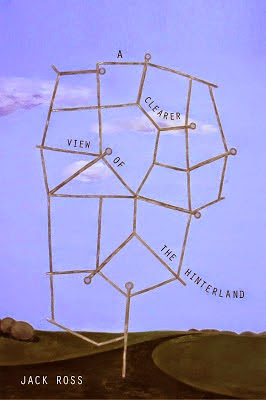 
The event is co-organised by Mayhem literary journal. You can find further details here. 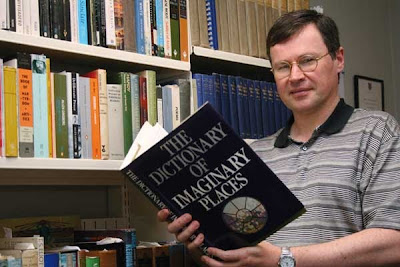 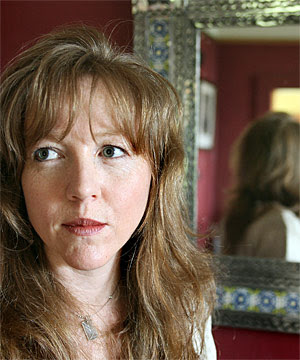 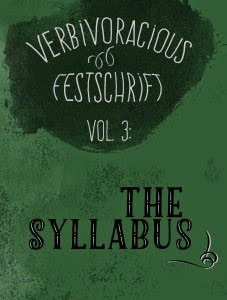 I was a little surprised, last year, to be invited to contribute a piece to the above festschrift from Singapore-based alternative literature publisher Verbivoracious Press. They appear to specialise principally in the work of British writer Christine Brooke-Rose (1923-2012), many of whose books they have reprinted. The title of the above compilation, "The Syllabus," though, shows that they also aspire to represent a whole universe of experimental writing - what might be called (in Roger Horrocks' phrase) the Kingdom of Alt. 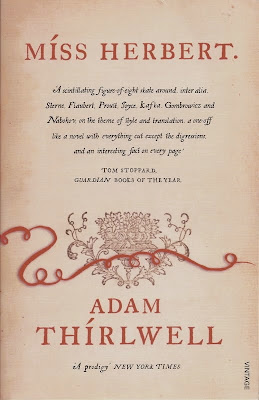 The book Mark Nicholls wanted me to write about was Miss Herbert (2007), by British novelist Adam Thirlwell. The reason this surprised me was that he based the request on the blogpost I'd written about it, a piece which strikes me (in retrospect) as rather unkind - though I certainly don't subscribe there to any of the more ad hominem attacks Thirlwell's book received in the more up-themselves reviews.

We quickly rejected the idea of compiling an essay from the blog itself, and instead I decided to take the licence he offered to compose a more "creative" piece taking off from Thirlwell's book (which rejoices in a number of titles in America and Britain, my favourite being the one on the spine of the paperback edition: Miss Herbert: A book of novels, romances, and their translators, containing ten languages, set on four continents, and accompanied by maps, portraits, squiggles and illustrations ...

Each contributor was limited to 500 words, and it must have been a devil of a job to assemble them all, since it was only last week that I was at last alerted to the appearance of the compilation:


A monument to our insatiable verbivoracity, The Syllabus is an act of humble genuflection before the authors responsible for those texts which have transported us to the peak of readerly nirvana and back. The texts featured, chosen in a rapturous frenzy by editors and contributors alike, represent a broad sweep of the most important exploratory fiction written in the last hundred years (and beyond). Featuring 100 texts from (fewer than) 100 contributors, The Syllabus is a form of religious creed, and should be read primarily as a holy manual from which the reader draws inspiration and hope, helping to shape their intellectual and moral life with greater awareness, and lead them towards those works that offer deep spiritual succour while surviving on a merciless and unkind planet. Readers of this festschrift should expect nothing less than an incontrovertible conversion from reader to insatiable verbivore in 225 pages.

“The Syllabus, as a third volume of Verbivoracious Festschrift, is a celebration of reading. It’s a great literary feast for the true readers, for all the verbivores around the world, a feast consisting of hundred delicious meals. I am honored to be a part of that unforgettable menu.” — Dubravka Ugrešić.


And what exactly is in it? Here's a list of the contents, arranged (as you can see) in chronological order:


Introduction or, The Art of Sillybustering

The Influences of Others


What, no Raymond Roussel, you say? No this person, no that? Instead of such carping, let's just celebrate all the weird and wonderful texts they have managed to include in their roll-call of 100+:

A Modest Proposal — The Avignon Quintet — The Comforters — Finnegans Wake — In Partial Disgrace — Impossible Object — Wittgenstein’s Mistress — The Freelance Pallbearers — Foam of the Daze — Between — Darconville’s Cat — Thru — Terra Amata — Poor Things — Pack of Lies — Amalgamemnon — Anonymous Celebrity — The Stain — Palinuro of Mexico — Miss Herbert — Tristram Shandy — The Mezzanine — White Noise — Glyph — The Twits — Woodcutters — Erowina — Chromos — A Day at the Office — Darkmans — The Evadne Mount Trilogy — Mobile — An Attempt to Exhaust a Place in Paris — The Trick is to Keep Breathing — The Great Fire of London — Thank You For Not Reading — Exercises in Style — Why I Have Not Written Any of My Books — B.S. Johnson Omnibus — Six Memos for the Next Millennium — Sixty Stories — Requiem — Mrs Caldwell Speaks to Her Son — The Atrocity Exhibition — Walking to Hollywood — At Swim-Two-Birds — The Death of the Author — Dot in the Universe — Eco: On Literature — Dictionary of the Khazars — The Novel: An Alternate History — Varieties of Disturbance — Mr. Dynamite — The Blue Flowers — Portrait of the Artist as a Domesticated Animal  — The Tunnel — Oulipo Compendium — In Form: Digressions in the Art of Fiction — Take it or Leave it — If on a winter’s night a traveller — The Information — Double or Nothing — The Hypocritic Days — Berg — 2666 — The Inquisitory — Woman’s World — Museum of Eterna’s Novel — The Blaze of Noon — Musrum — Island People — Take Five — Death on Credit — Three Trapped Tigers — Cain’s Book — Invisible Cities — Out of Sheer Rage — Log of the S.S. Mrs Unguentine — The Room — Revenge of the Moon Vixen — Mulligan Stew — Ice — Red the Fiend — Urmuz: Complete Works — Ada — Taitlin! — Celebrations — The Figure on the Boundary Line — City Silver Sister — Nazi Literature in the Americas — The Emigrants — Other Stories and Other Stories — The Third Policeman — Antonello’s Lion — Cloud Atlas — Imaginary Women — The Museum of Unconditional Surrender — Eden Eden Eden — Quiet Days in Clichy

Here are the publication details:

all booksellers and usual online retailers, or the Verbivoracious website at sales@verbivoraciouspress.org


I've got a good mind to use it precisely as they suggest: as a syllabus for the new course in "Advanced Fiction" I'm planning (to commence at Massey Albany in 2017). Maybe that's a bit cheeky, but it'll certainly be listing it as a recommended text for the students.

Go on, then, test yourself. Just how many of the above books have you actually read? How many have you even heard of, for that matter? Not even Richard Taylor would score 100% on that one, I suspect. Scott Hamilton, perhaps? 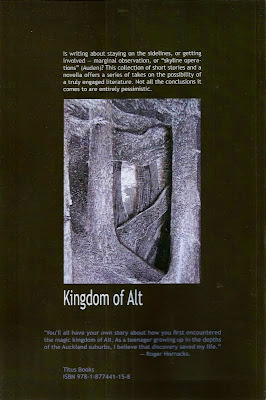