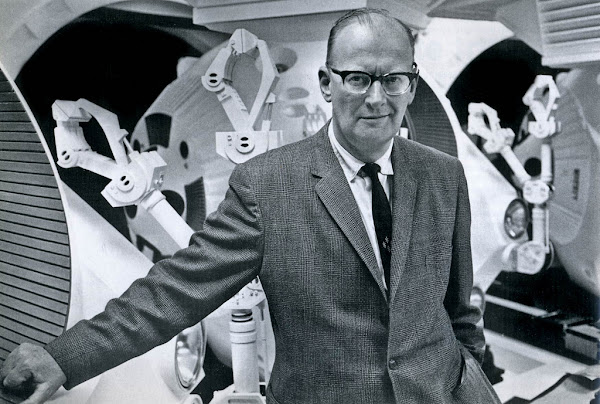 I wonder if this preamble is as familiar to you as it is to me? 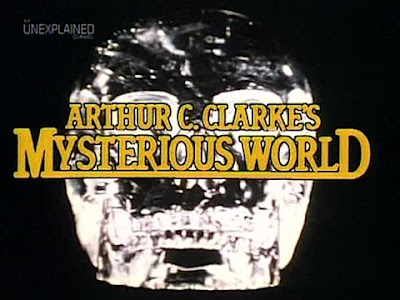 ... Mysteries from the files of Arthur C. Clarke, author of 2001 and inventor of the communications satellite. Now in retreat in Sri Lanka, he ponders the mysteries of this and other worlds. 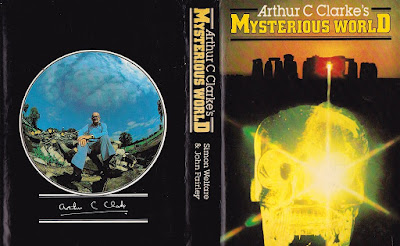 There are a number of interesting leads in there. What better way to usher in this long-awaited new year, 2021, than by unpacking a few of them? 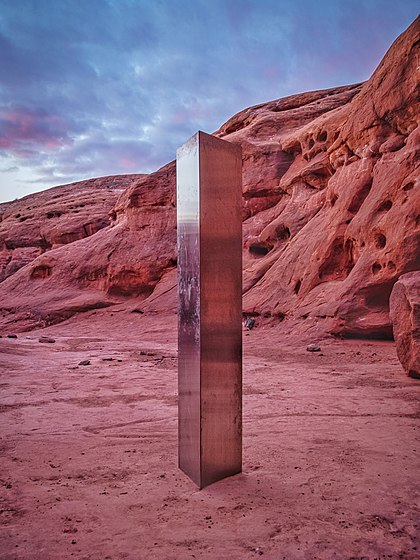 The Utah monolith is a metal pillar that stood in a red sandstone slot canyon in northern San Juan County, Utah. ... It was unlawfully placed on public land between July and October 2016, and stood unnoticed for over 4 years until its discovery and removal in late 2020. The identity of its makers, and their objectives, are unknown.

In the weeks after the discovery of the Utah pillar, dozens of similar metal columns were erected in other places throughout the world, including elsewhere in North America and various countries in Europe and South America. Many were built by local artists as deliberate imitations of the Utah monolith. 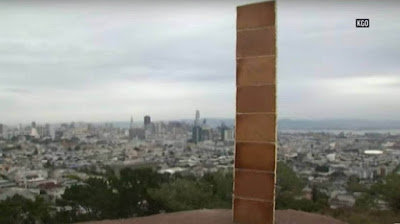 The culmination of all these efforts was undoubtedly the Gingerbread monolith which appeared in a San Francisco park on Christmas Day, 2020.

When asked if he would be removing it, Phil Ginsburg, the San Francisco Recreation and Parks Department general manager, said that he had no such plans, "as it seemed to bring some joy and amusement to the community":

“Looks like a great spot to get baked. We will leave it up until the cookie crumbles ... We all deserve a little bit of magic right now.” 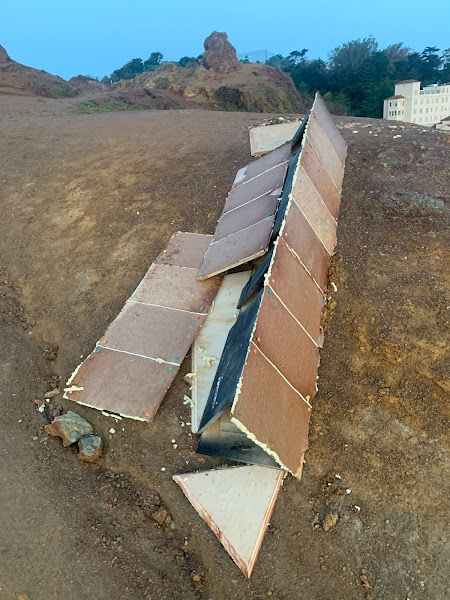 It's pretty good going if a reference to the central image of a film first released in 1968 makes immediate sense to people fifty years later. The famous black monolith from Kubrick & Clarke's 2001: A Space Odyssey was, of course, rectangular rather than triangular in form, but it's nice to know that it can still evoke such awe and perplexity after all this time. 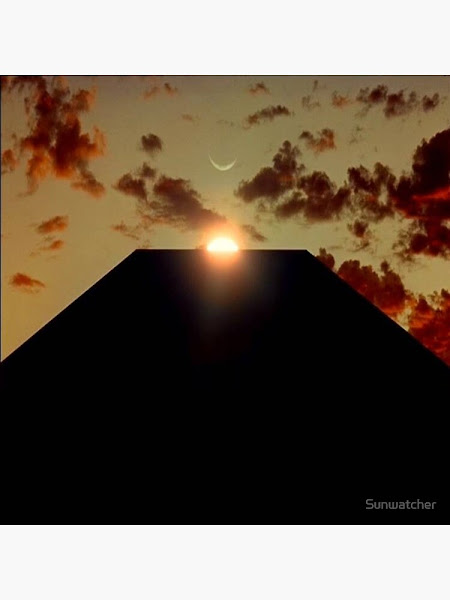 It's harder to guess if the other, more subtle reference embedded in Phil Ginsburg's remark is intentional or not: "We all deserve a little bit of magic right now." It seems like a reference to Clarke's third law (discussed in more detail in my earlier post on his friend and rival Isaac Asimov) but perhaps I'm overreading it.

But then again, given the fact that the aptly named Ginsburg (albeit with a 'u' rather than an 'e') is an official of America's hippest city, San Francisco, maybe not. 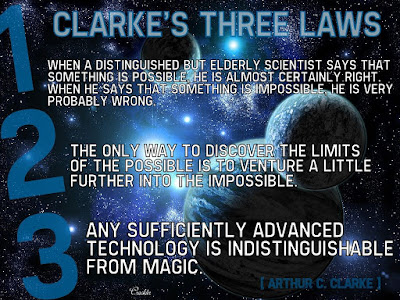 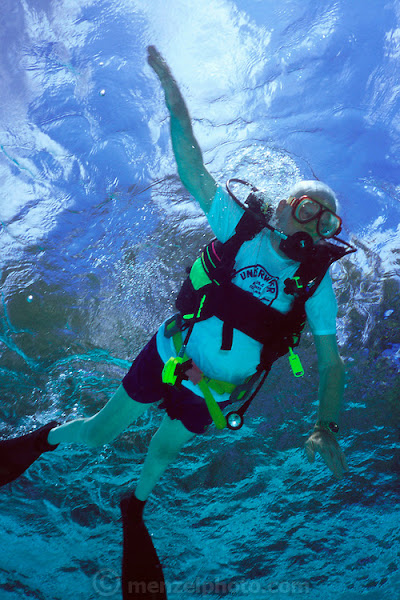 "in retreat in Sri Lanka"

For many years the official reason given for Clarke's 1956 shift from the UK to Sri Lanka's tropical shores was his passion for scuba-diving, which was indeed the subject of a great many of his later books (cf. the selected bibliography at the end of this post). 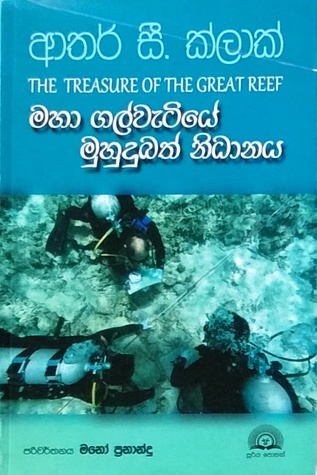 It seems, in retrospect, very sad that his homosexuality had to remain a secret for so long - though it's hardly suprising, given Britain's archaic laws on the subject. Male homosexuality wasn't actually decriminalised until the Sexual Offences Act of 1967. Nor was that the end of the matter. In his 2017 Guardian article on the subject, Peter Tatchell explains:

Small wonder that so many British writers and artists sought refuge elsewhere in the world. Clarke never did 'come out' precisely - but he made increasingly little secret of his sexuality in his later years.

Until the scandal of his aborted knighthood, that is.

In 1998, the Sunday Mirror reported that he paid Sri Lankan boys for sex, leading to the cancellation of plans for Prince Charles to knight him on a visit to the country. The accusation was subsequently found to be baseless by the Sri Lankan police and was retracted by the newspaper. Journalists who enquired of Clarke whether he was gay were told, "No, merely mildly cheerful."

Clarke was knighted for services to literature two years later, in 2000. 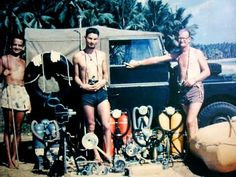 Arthur C. Clarke died in 2008. He is buried in Sri Lanka beside Leslie Ekanayake, whom he called his "only perfect friend of a lifetime" in the dedication to his only novel to be set on the island, The Fountains of Paradise (1979). 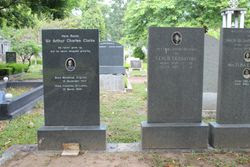 In one of his three "posthumous poems," printed for the first time in his Collected Poems (1977), W. H. Auden remarked:

When one is lonely (and You
My Dearest, know why,
as I know why it must be),
steps can be taken, even
a call-boy can help. 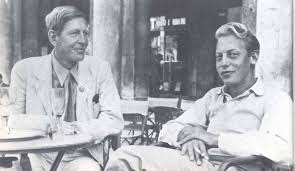 Clarke's partner, Leslie Ekanayake, died young, in 1977, at the age of thirty (he was killed in a motorcyle accident); Auden's, Chester Kallman, outlived the poet by two years, but had a tumultuous private life which definitely precluded monogamy. 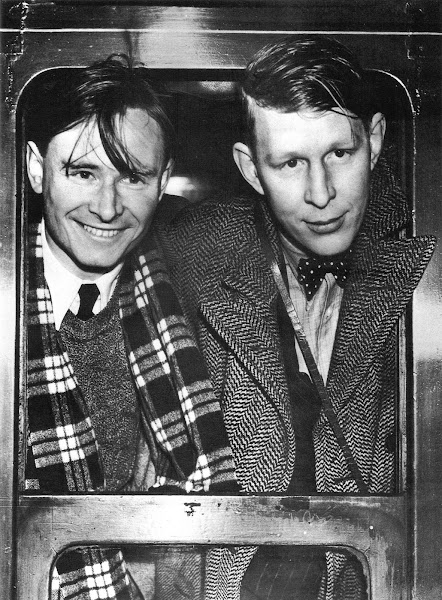 Auden's own escape from the homophobia of his native England went back as far as the 1920s, though, when he and his friend Christopher Isherwood chose to move to the more tolerant atmosphere of pre-Nazi Berlin.

So why did Clarke continue to keep his sexuality a secret? No doubt he knew that he would probably not have had access to so many circles of scientific and political influence if the fact had been revealed publicly. On the other hand, as Michael Moorcock recalled:

Everyone knew he was gay. In the 1950s, I'd go out drinking with his boyfriend. We met his protégés, western and eastern, and their families, people who had only the most generous praise for his kindness. Self-absorbed he might be and a teetotaller, but an impeccable gent through and through.

"Everyone knew" - but they didn't have to know it officially. Auden and Isherwood were (latterly, at least) far more upfront about their sexuality, but I don't really think it's a subject anyone else not under the same pressure can offer a meaningful opinion on - given the obvious consequences of such an admission at the time. 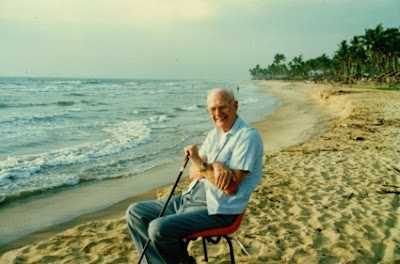 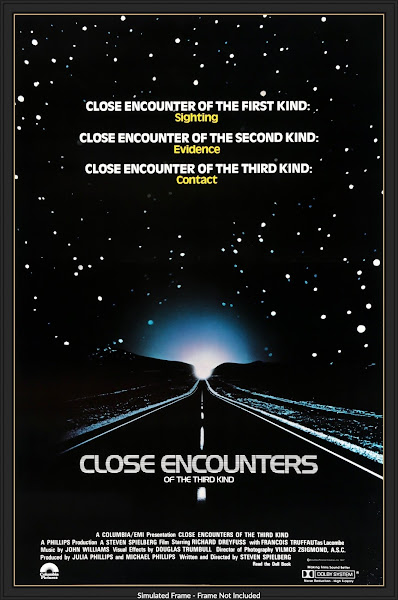 "the mysteries of this and other worlds"

In his TV series Arthur C. Clarke's Mysterious World, Clarke defines the following three types of mystery: I guess the most memorable thing about the series - and its two successors, Arthur C. Clarke’s World of Strange Powers (1985) and Arthur C. Clarke’s Mysterious Universe (1994) - is the scoffing incredulity with which the hard-headed Clarke, with his clipped, Somerset accent, shot down each new 'mystery' in its tracks. 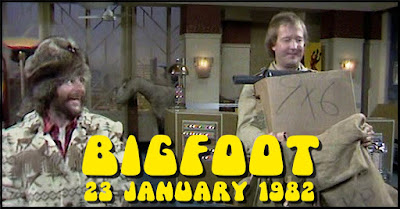 Perhaps, in fact, the only real reason to remember those goofy British comedians the Goodies is because of their brilliant parody of Clarke in the "Big Foot" episode of their eponymous TV show. A yeti can be clearly seen on coming in and out of shot as Clarke is seen pontificating in the foreground, declaring the complete lack of any evidence for its existence. "Vewy, vewy wisible", as another group of contemporary comedians were wont to say. 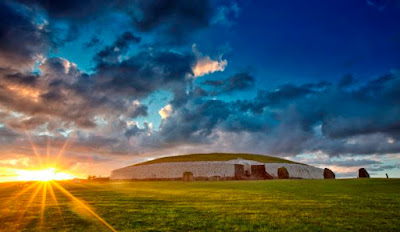 The series as a whole exercised a strange fascination over me and my contemporaries. The main reason I felt compelled to visit the 5,000-year-old Newgrange tomb in Ireland in the late 1980s was as a result of having seen those haunting pictures of the light breaking into its dusty interior at Winter solstice dawn in Episode 8: "The Riddle of the Stones". It did not disappoint. 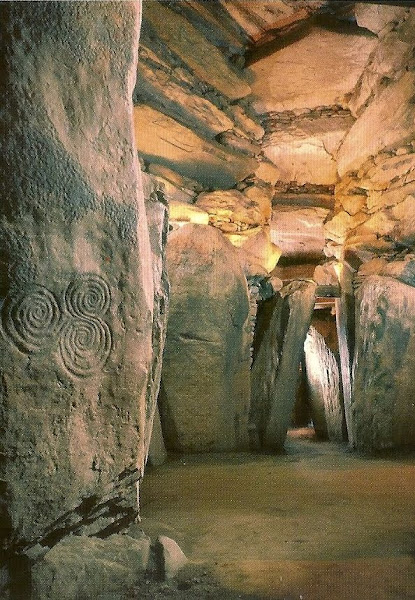 There were strange stories of poltergeists, lake monsters, missing apemen, and - perhaps best of all - Episode 7: "The Great Siberian Explosion", about the then-not-so-well-known Tunguska event of 1908. A great deal of original footage from the the 1930 Kulik expedition to the site was assembled very usefully here, which makes it, still, one of the best accounts of this particularly weird occurrence to date. 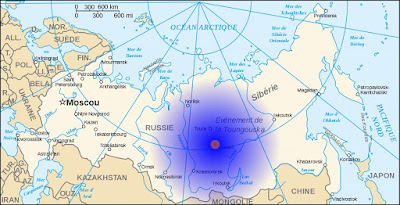 In retrospect, it must have been the sheer wet blanket effect of his relentless scepticism which made the series so memorable. If it can get past him, we were more-or-less subtly conditioned to think, there really must be something in it. The fact that one or two of the mysteries stumped even Clarke seemed a powerful argument for their possible validity. 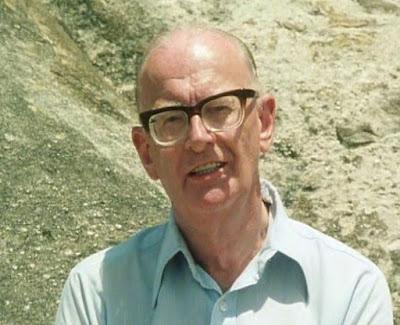 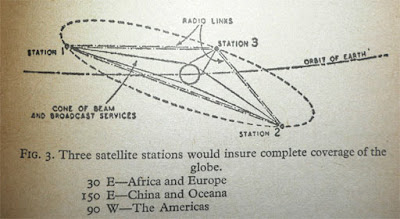 "inventor of the communications satellite"

Really? If you ask the question online, you'll soon discover that some doubt has been thrown on this assertion in recent years:

He wasn't the original source for the idea/actual inventor of the concept but starting with the article [above] ... he was a big proponent of the uses you could put geostationary satellites to. ...

The idea for geostationary satellites originally was published by Herman Potočnik in 1928 in his book Das Problem der Befahrung des Weltraums - der Raketen-Motor (The Problem of Space Travel - The Rocket Motor):

A partial translation to English, containing most of the essential chapters, was made as early as 1929 for the American magazine Science Wonder Stories and was issued in three parts (July, August and September 1929) and credited to "Captain Hermann Noordung, A.D., M.E., Berlin." The article was also published in Science Wonder Stories' sister publication Air Wonder Stories at the same time.

However, Wikipedia's article on Potočnik states the idea was "first put forward by Konstantin Tsiolkovsky." 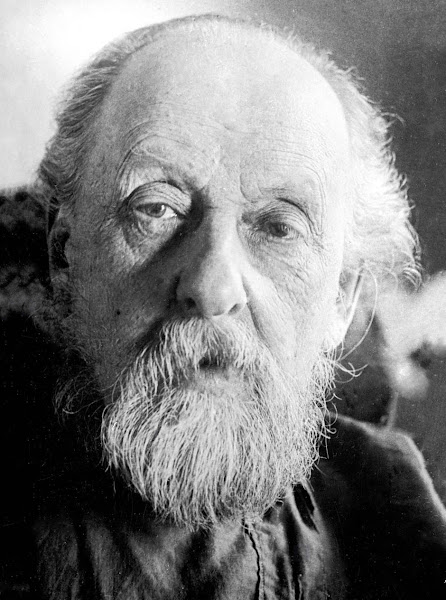 Despite these quibbles, the Wikipedia "Communications satellite" article continues to accord Clarke the distinction:

The concept of the geostationary communications satellite was first proposed by Arthur C. Clarke, along with Vahid K. Sanadi building on work by Konstantin Tsiolkovsky. In October 1945, Clarke published an article titled "Extraterrestrial Relays" in the British magazine Wireless World. The article described the fundamentals behind the deployment of artificial satellites in geostationary orbits for the purpose of relaying radio signals. Thus, Arthur C. Clarke is often quoted as being the inventor of the communications satellite and the term 'Clarke Belt' employed as a description of the orbit.

I guess the reason for belabouring the point is that there certainly was a fair measure of bigheadedness about Clarke. His later books, in particular, are full of skiting about various distinctions he's earned, asteroids he's had named after him, important people he's met ... It's hard to know, in a contest for greatest Sci-fi / Pop Science Gasbag, whether he or Asimov would gain the prize: let's call it a tie.

Unfortunately this fact can lead one to dismiss his actual importance and influence on many fields. Inventor of the Communications Satellite may be a bit of a stretch, but not by much. The problem, really, was that, like his predecessor H. G. Wells, he outlived his vogue - and the works of his maturity - by a number of decades. 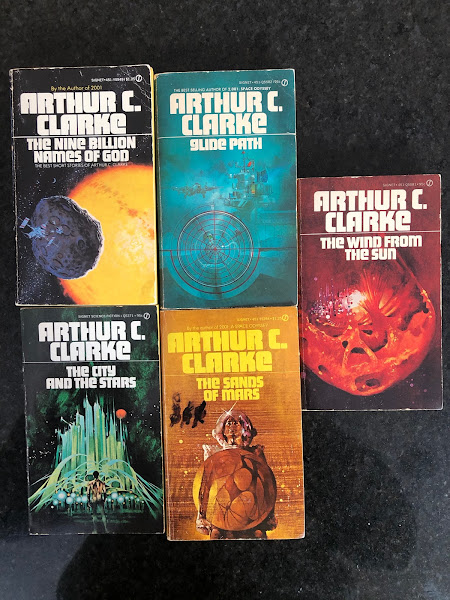 It's his early work that will endure - those brilliantly exciting, yet still scientifically plausible thrillers such as A Fall of Moondust or Rendezvous with Rama; those breathtakingly imaginative fantasies such as The City and the Stars or Childhood's End. His short stories, too, taken as a whole, combine the best slambang features of the pulp era with the more urbane prose of contemporaries such as John Wyndham or C. S. Lewis. 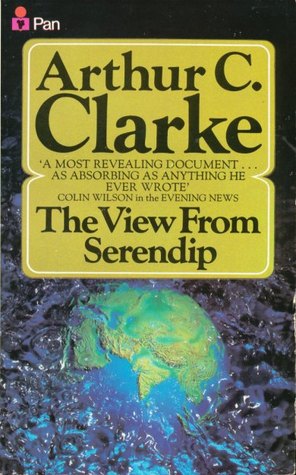 Of the 'Big Three', it may actually be Clarke's works which will last best. The "View from Serendip" - the name of one of his many collections of reflective essays - seems to have served him well. British by birth, his intimate involvement with his place of residence, Sri Lanka, made his viewpoint not quite that of a Westerner - and the difference shows.

Perhaps I'm just sentimental, but the many happy hours I've spent reading and rereading his books makes me want to send him good thoughts wherever he may be now. 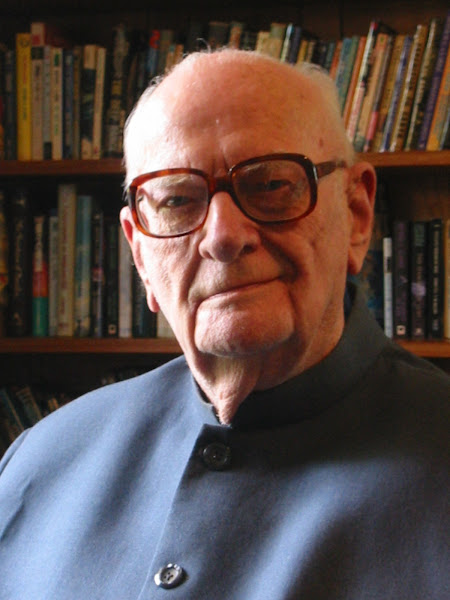 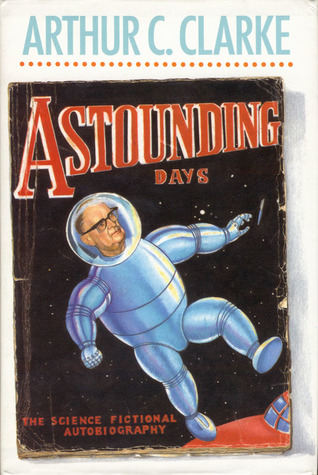 A Space Odyssey:
Rama:
A Time Odyssey:
Other Novels: 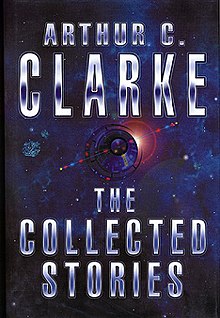