They are an endangered species: there's little doubt of that. It's not that the second-hand booktrade is going to wither up and disappear; it's just that increasingly it's shifting online, and turning exclusively to mail-order instead. 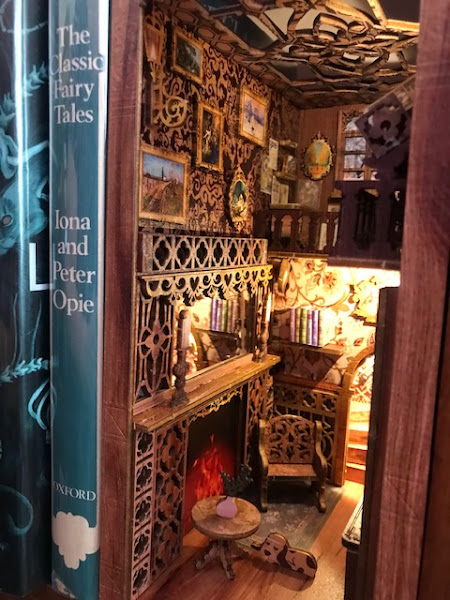 And yet, we each have in our mind's eye an image of the perfect antiquarian bookshop: perhaps a bit like this one Bronwyn and I - well, mostly Bronwyn - painstakingly assembled from the kitset she gave me for Christmas ... 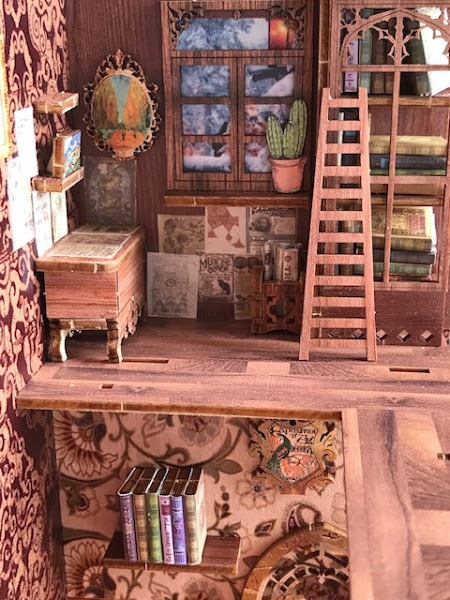 Look at those cute little miniature books! You wouldn't guess that each one had to be made up separately, along with all the pieces of furniture, windows, wall-hangings, and so on. 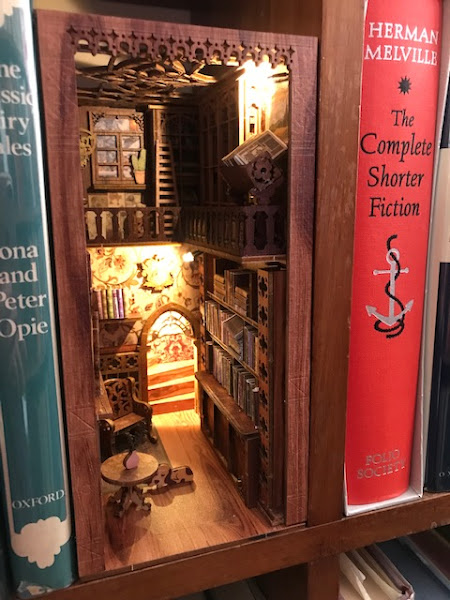 But wouldn't you like to walk in there, sit down in that armchair, and stare up at that big boookcase with its shelves weighed down with stock? There'd be bound to be some treasures there, some gems that you'd heard of or read about, but never seen in the flesh. There they'd be, waiting for you ...

A few years ago I wrote a similarly elegiac post called Lost Bookshops of Auckland where I tried to list some of those I remembered from forty-odd years of haunting the backstreets of the city.

In it I tried to give a sense of how real they remain to me. This time round, though, I thought it might be better to concentrate on all the lovely shops that are still with us, open for business, and dependent on our patronage to survive.

Of course I'm in two minds about revealing some of my secret haunts like this: but then if I don't, and nobody visits them, then they'll end up disappearing anyway, so it turns out that the best and most practical (as well as the kindest) solution is to share. 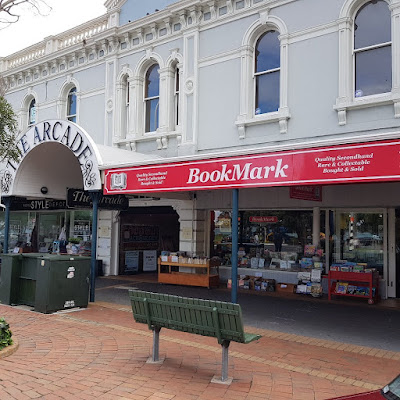 I've bought a lot of books at Bookmark over the years, both in its previous location just off Hurstmere Rd in Takapuna, and at its present home on the main street of Devonport.

What were a few of the highlights? 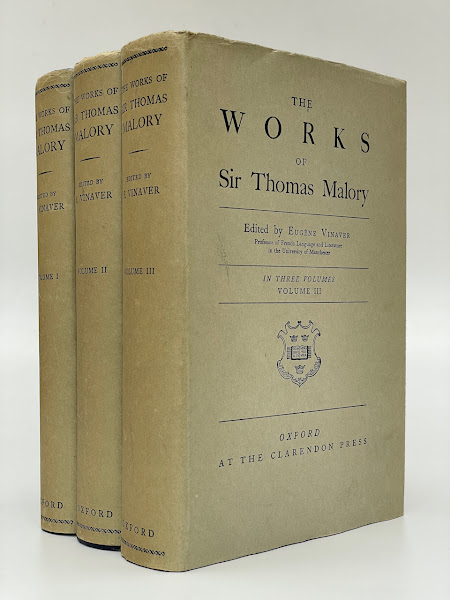 
Well, first on the list would undoubtedly be the magnificent 3-volume set of the complete works of Malory which I picked up there some six or seven years back (as I recorded in this post at the time).

Since then there have been finds too numerous to count. I suppose the most spectacular might be the two Folio Society sets of George Orwell bought there at different times (one was my Christmas present from my mother last year): 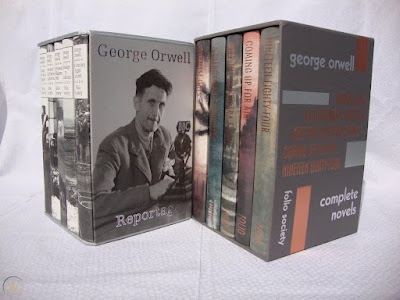 
It's always been a friendly, relaxing place to browse in - though a perilous one from my point of view! 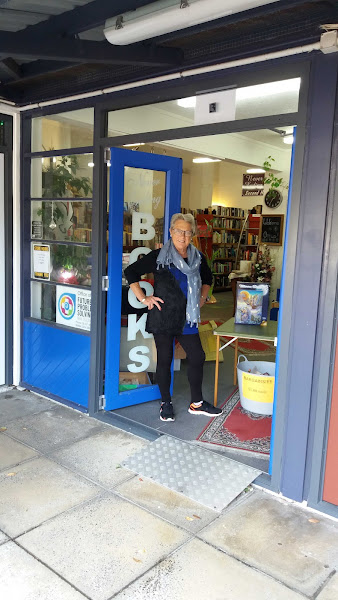 Here's a rather less well-known shop, well worth a look if you happen to be driving north up the Hibiscus Coast rather than just barrelling along the motorway.

It started its life as a book exchange rather than a bookshop proper, but that doesn't alter the fact that the retirees of Orewa have provided it with a good deal of interesting stock: medieval and military history in particular. 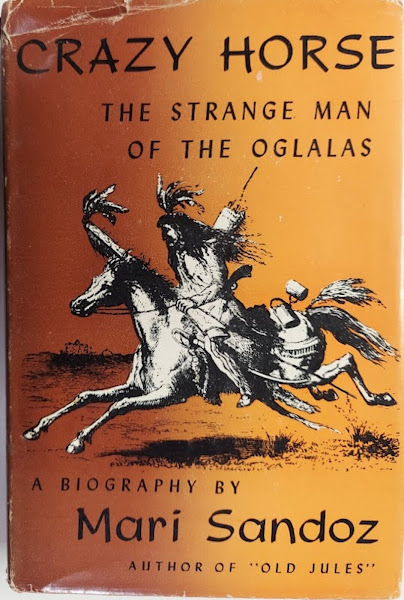 
I've made some nice discoveries there, particularly in the field of Native American studies: a nice paperback edition of Mari Sandoz's classic biography of Crazy Horse prominent among them. 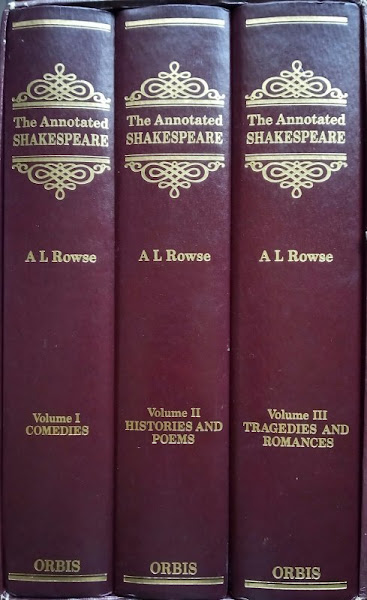 
Another rather more oddball find was the elaborately annotated edition of Shakespeare pictured above, edited by eccentric Cornish scholar A. L. Rowse.

I'm told by Shakespeare experts that I should be ashamed to offer such a fundamentally unreliable tome shelfroom, but I'm afraid I'm unrepentant. Rowse may be a little prone to exaggerating the merits of his latest theories, but he's always entertaining and even, on occasion, distinctly thought-provoking. 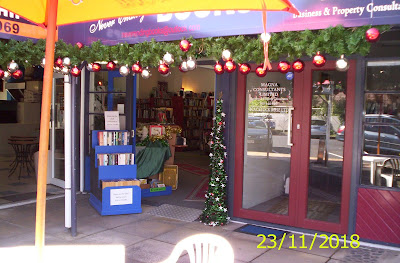 
So there you go. Hopefully there'll be further instalments in the series if you find it useful.