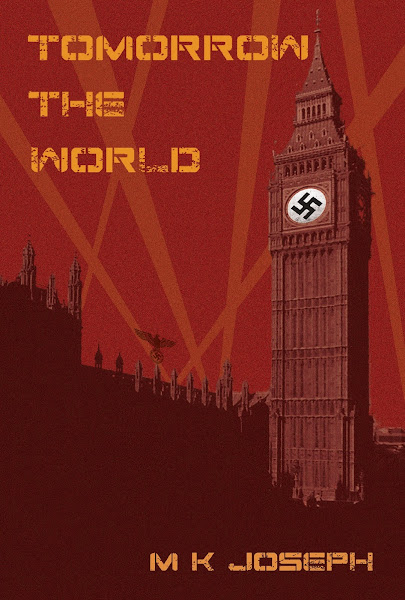 
So yesterday I went along to the launch, at the Grey Lynn Returned Servicemen's Club, of M. K. Joseph's latest novel, published now for the first time, forty years after his death, by that determined champion of the obscure and avant-garde, publisher Brett Cross of Atuanui Press and its sister-imprint Titus Books. 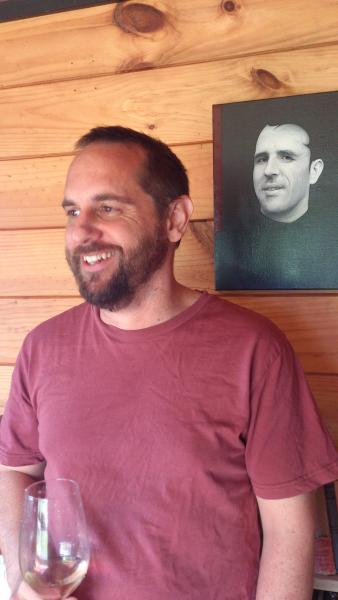 
The book was launched by celebrated ceramic artist Chuck Joseph, the son of 'Mick' or 'Mike' or 'M.K.' (Chuck explained that all of these various sobriquets were used at different times by different sets of friends). 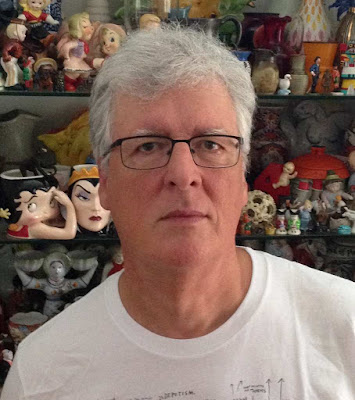 
Perhaps the most fascinating part of his speech was a series of extracts from his father's letters home about (first) his rather truncated 1939 tour of Western Europe with a couple of friends in an old car - how often do you read in a letter: 'we had to cut things short owing to the invasion of Poland,' as he quipped. This was followed by more letters about Joseph's 1944-45 traverse of the same territory, which seems to have included an active part in virtually every battle during this punishing campaign.

Chuck made the point that this posthumous alternate-history novel about the possible consequences of a Nazi victory in the second world war could be regarded as the third part of his War Trilogy: a follow-up to I'll Soldier No More (1958) and A Soldier's Tale (1976). The knowledge of Nazism and of the war itself it demonstrates was no mere Academic book-learning, but the lived experience of an extraordinarily multi-faceted man. 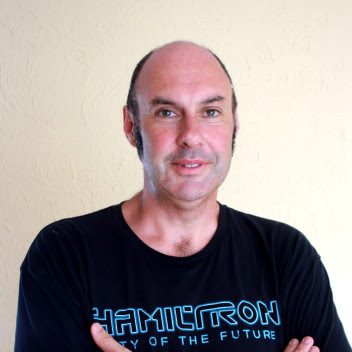 
The other speaker was my good friend, polymathic cultural commentator Dr Scott Hamilton. Scott sees the book as the culmination of yet another trilogy: the set of Sci-fi novels comprising space-adventure The Hole in the Zero (1967) and his time-travel opus The Time of Achamoth (1977) - which I've written about here.

The Cosmos, Time itself, and now a complete Alternate History ... no-one could claim that Joseph was unambitious as a writer. Scott speculated that after a hard day at Auckland Uni, and his various duties as a family-man, it was in his study that M. K. Joseph really let rip: this, the seventh in his tally of published novels, is no less wild than any of the others. 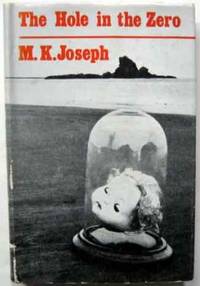 
I was asked to write a letter in support of Atuanui Press's Creative New Zealand funding application for the publication of this novel, and read the whole book in typescript then. I'd like to quote a bit of that letter here, written more than a year ago when it was still fresh in my mind:

It’s no mere Academic curiosity that leads me to recommend your support of the publication of this work ... On one level – probably the most superficial – Joseph’s novel is a rattling good yarn (possibly the best he ever wrote in that respect). It’s an excellent thriller, with well-managed suspense and a nail-biting plot.

Besides that, though (as one would expect of so groundbreaking and influential a writer) it’s a fascinating meditation on the nature of Nazism and Nazi rule, which picks up on various themes already inherent in The Time of Achamoth, and shows signs of profound knowledge not just of mid-twentieth century history, but also of the mid-European landscapes traversed by the hero and heroine.

Mind you, I think it complements rather than surpasses Philip K. Dick’s classic SF novel The Man in the High Castle (1962). Joseph and Dick have very different concerns, but both clearly spent a great deal of time studying the minutiae of German culture and Nazi nomenclature. (Now, of course, there are online games which foresee similar situations – one, described to me by a student the other day, presupposes a German victory in WW1, which leads to the same Churchill-in-Canada scenario Tomorrow the World envisages).

It's not so much the originality of the particular alternate history behind this novel as the literary quality of the novel itself which leads me to recommend it so highly. I think contemporary readers will enjoy it as much (or more) than readers in 1981 would have done. In a sense, Joseph’s underlying ideas are more in accord with the zeitgeist of this time than they were with his own. 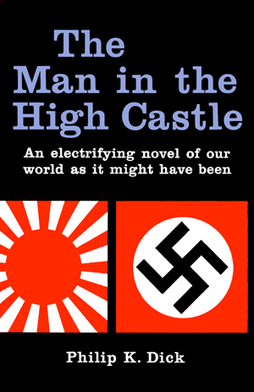 
The comparison with Dick's Hugo-award-winning novel is, I guess, inevitable. It was an unusual project for him, written in a more 'formal' style than much of his other work, and the first of his novels to be picked up by a major publisher. It's certainly a masterpiece, but one that hinges more on his then fascination with the oracular wisdom of the ancient Chinese I-Ching (he claimed, in fact, that the book was co-written by the oracle) and the complexities of the Japanese occupiers of the Pacific Coast of the former United States than with the far-off horrors of Nazi rule.

Joseph shares his philosophical bent, but with more of a Eurocentric focus. His novel is probably - unfortunately - less out of place in the world we now inhabit, with its naked white supremacism and neo-fascism at the highest levels of government, than it was when he was writing it fifty-odd years ago.

It's probably no secret that I see New Zealand's own home-grown brand of literary SF, composed by some of our most famous writers, but regarded by most critics - still - as an aberrant outgrowth of the rest of their basically realist writing, as the secret figure in the carpet underlying the apparent conservatism of NZld lit over the past half century. This novel is a major part of that story - it's very readable, and it's well worth your time.

Congratulations, then, to Scott and Brett - and, above all, Chuck - for championing it. Nor is it the last treasure hidden away among Joseph's posthumous papers, I'm told ... 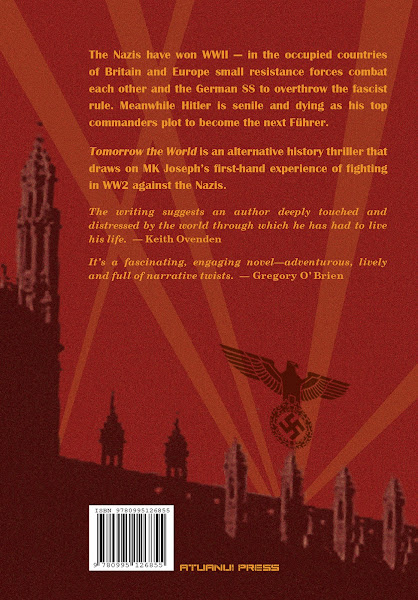 Good post. I read one of Joseph's books 'A Soldier's Tale' and it was very good (I know the connection of this book to a quite well known poem) but I was put off his 'A Pound of Saffron' by an early line in the book. I perhaps should have persisted. I have the 'Hole in Zero' as yet unread. I acquired a copy of this new book. It was a good launch. Good that you helped get it into action.

I read one story and the book that was the basis of a film by Dick but I couldn't see anything in either the book or the story. In fact that is how I 'discovered Brett' as he came to buy some books! One was some short stories by Asimov and I think he took the stories by Dick. When he was here I asked him if he had seen Brief or A Brief History... and he had, so I invited him to the next Writers' Group meeting. The rest is history as they say.

The book looks good. It is interesting there are so many alternative histories of the result of the wars. Actually it probably would have meant a period of discomfort and then a slow change and back more or less to 'normal'. Capitalism would take over, something like that. But who can know!

But in recently reading about Hitler (a story by his friend of his life when young) I found that there were many books about Hitler. I've read quite a few. There is also a novelist I found who lived with a German family, the father said to him that he had been in the SS in the War, something he had told no one else. This writer, Paul Watkins, then got interested in the SS. He can be seen on YouTube. His first novel was based on imagining his "father" and his experiences.

I also once read a psychoanalysis of Hitler done by the OSS, by a psychiatrist of those times.

However, I cant see a revival of Nazism, but certainly there are many White Supremacists. So it was good to get the book. Now to read it!