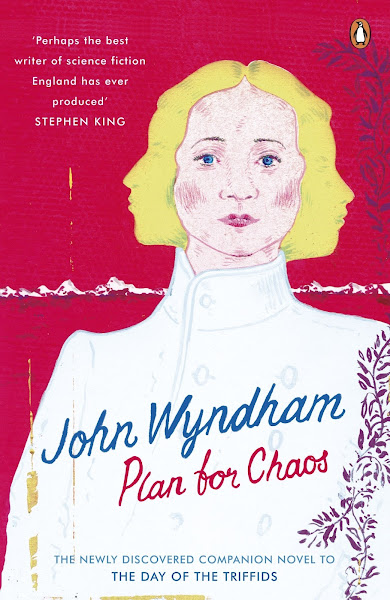 Plan for Chaos is a very odd book. It's certainly not without interest. However, I think one can see why no publishers actually leapt at the chance of putting it out back in the early 1950s when veteran Sci-fi writer Frederik Pohl (then moonlighting as a literary agent for John Wyndham and various other clients) was shopping it around New York.

There's the Nazi angle. In that respect, it serves as a precursor to Philip K. Dick's alternative history classic The Man in the High Castle (1962), or - for that matter - M. K. Joseph's Tomorrow the World, written in the late 1970s but only published posthumously in 2020.

There's the evil clone angle. In some ways it's very like Ira Levin's The Boys from Brazil (1976), only this time with flying saucers thrown in: quite a novel plot-twist for 1951, given that the expression wasn't actually coined until 1947, as a result of Kenneth Arnold's claim that the objects he saw on June 24 of that year "moved like saucers skipping across the water." 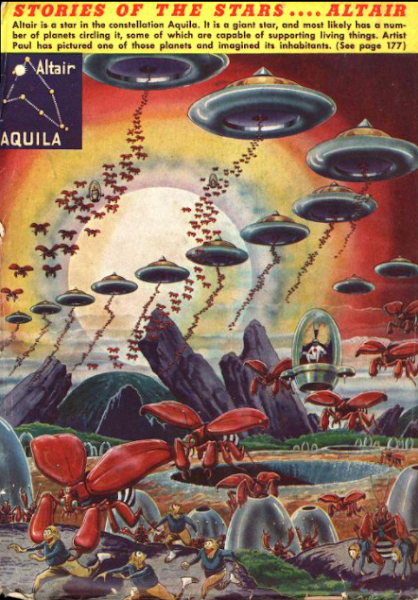 One can see so much in it, and yet it somehow doesn't quite work - it isn't visceral, actual, like his breakthrough title The Day of the Triffids (1951), or even its successor The Kraken Wakes (1953).

I'm not sure how much I need to say about them. I wrote a piece focussing on my early reading of The Day of the Triffids, in particular, in the introduction to my New Zealand Speculative Fiction website. I doubt that it's necessary to repeat all that here. 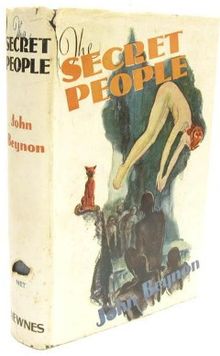 Nevertheless, having recently reread as much of his earlier work as I can easily access, it is facinating to see how many false starts one writer can have before settling into their mature style. There are flashes of Wyndham in all of the early novels, but the instinctively colonial attitudes displayed in both The Secret People (1935) and Planet Plane (1936) seem pretty repellent now. 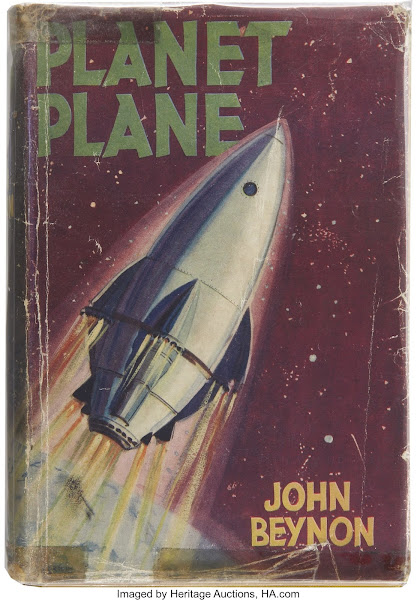 The John Wyndham heroine - smart, stylish, witty - familiar from later books begins to make an appearance quite early on, which is really the main attraction of these pre-war pulp serials and short stories. For those curious about how he came to create this character in the first place, Amy Binns' recent biography provides a number of new insights. 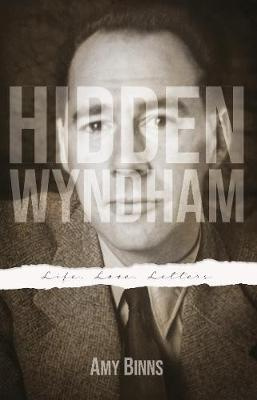 It's probably not much of an exaggeration to say that without her book, the so-called "invisible man of Science Fiction" would have remained a shadowy figure, accessible only through his witty prose and a set of curiously repetitive ideas. Fatherless children, wiser than their elders (Chocky, The Chrysalids, The Midwich Cuckoos); alien invasions of the British countryside ("The Puff-Ball menace", The Day of the Triffids, Trouble with Lichen); the oppressive nature of conventional domesticity ("Dumb Martian," "Survival," "Compassion Circuit") ... Binns supplies vital information about Jack Harris's early life which make seem these far less unaccountable.

But literary talent is, of course, not readily reducible to any such set of causes. Why did it take him so long to break through? Why did he persevere in the face of such steady discouragement? Where did those Triffids really come from? 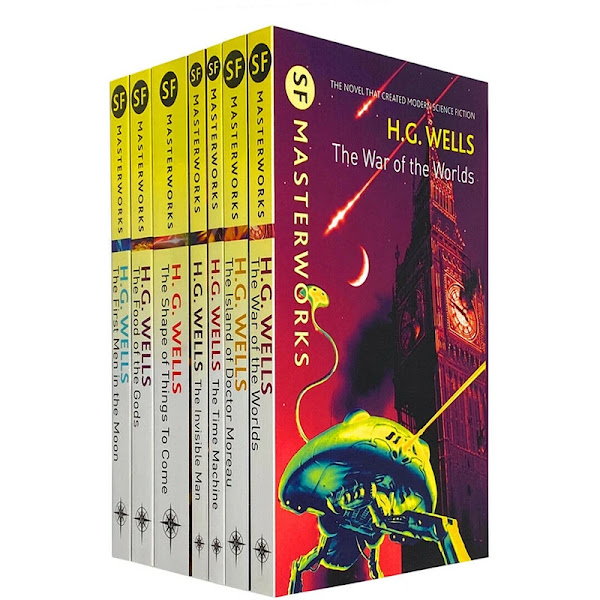 We'll never know. It is, however, safe to say that without H. G. Wells, there would have been no John Wyndham. So many of his ideas - not to mention the ease of his story telling - find their roots in the vast turbulent sea of Wells's oeuvre (particularly the early SF romances and short stories). But Wyndham is not Wells: he lacks his didactic bent, and has a healthy cynicism about the expression of great ideas. His appeal was to as much to the readers of Evelyn Waugh and P. G. Wodehouse as it was to hard-core Sci-fi fans.

I suppose that John Wyndham's real tragedy was that his success came so late, and that he died so young. But then, that's more our tragedy than his. There's no doubt that he had more to say, but the few books he did write remain classics of the genre. The fact that they're still in print after half a century rather speaks for itself. 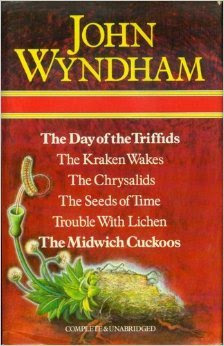 A great deal of incidental information about him is available online at the John Wyndham Archive website. Beyond that, much though I would recommend Amy Binns's well-written and insightful biography, your first stopping-place should be the books themselves - from the Triffids onwards, at any rate. If you don't find them charming and absorbing at first sight, chances are he's not for you. 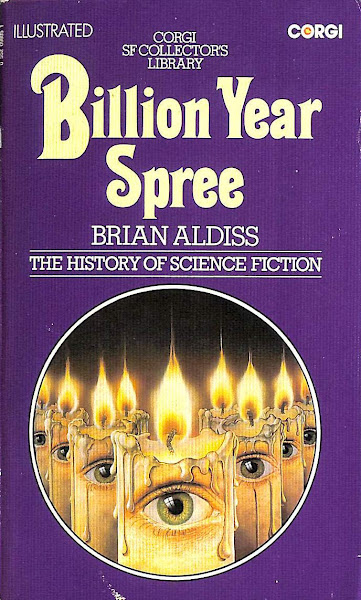 Both novels [The Day of the Triffids and The Kraken Wakes] were totally devoid of ideas but read smoothly, and thus reached a maximum audience, who enjoyed cosy disasters. Either it was something to do with the collapse of the British Empire, or the back-to-nature movement, or a general feeling that industrialization had gone too far, or all three.

Aldiss goes on to describe the characteristics of this ‘urbane and pleasing’ SF subgenre as follows:

The essence of cosy catastrophe is that the hero should have a pretty good time (a girl, free suites at the Savoy, automobiles for the taking) while everyone else is dying off … Such novels are anxiety fantasies. They shade off towards the greater immediacy of World War III novels, a specialist branch of catastrophe more usually practiced by American writers.

He concludes with a rather premature epitaph on Wyndham and his ilk: ‘the race is not always to the swift, etc.’ Unfortunately, such dismissive judgements on a possible trade rival can cut both ways. Has Brian Aldiss himself fared much better?

Who (besides myself) now reads Non-stop (1958) or Hothouse (1962)? Who wades through The Malacia Tapestry or the Helliconia trilogy? Who remembers that one of Stanley Kubrick’s last film projects was an adaptation of Aldiss’s short story ‘Super-Toys Last All Season Long,’ which he delegated instead to Steven Spielberg, who turned it into the flawed, though not uninteresting, A.I.? 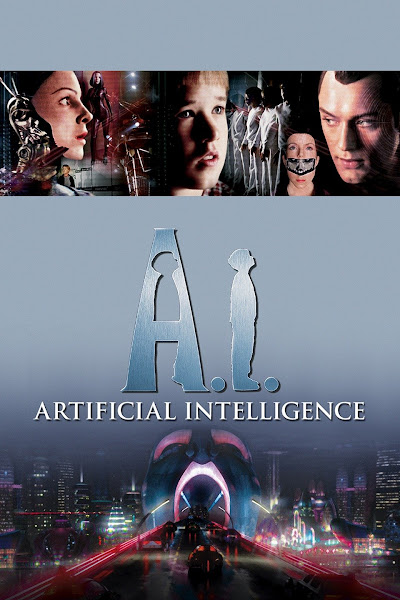 John Wyndham, by contrast, continues to be read. It seems safe to say now that he probably always will be. Aldiss's rather self-conscious attempts to be mod and up-to-the-minute sound even more uncomfortably dated now than what he saw as Wyndham's perverse determination to write "a kind of country-house science fiction."

And, as Hilaire Belloc once put it, speaking (perhaps) for all such writers who pop in and out of fashion with the passing years:

When I am dead, I hope it may be said:
"His sins were scarlet, but his books were read." 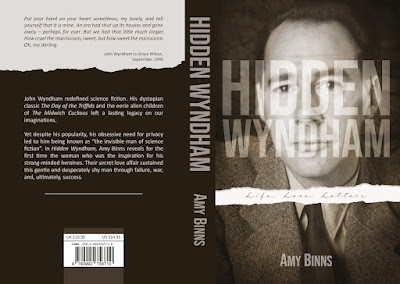 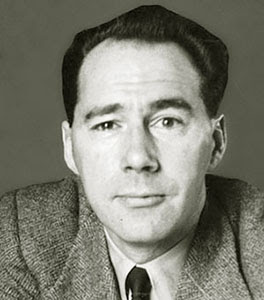 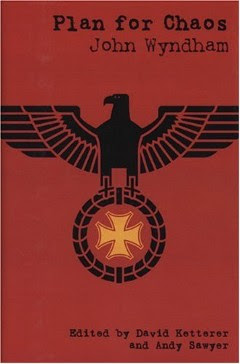