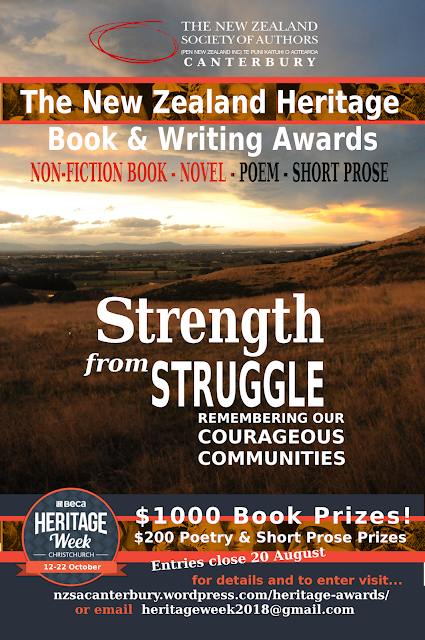 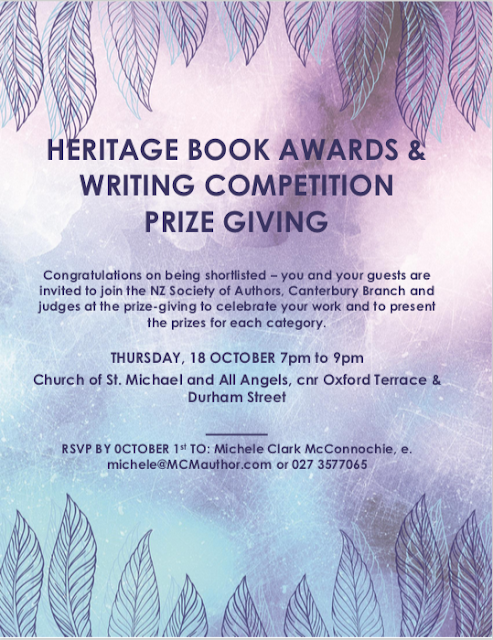 
We flew down for this event. Partly from curiosity, I must confess. I haven't really spent any time in Christchurch since the earthquake (though Bronwyn has), and I wanted to see what it was like. 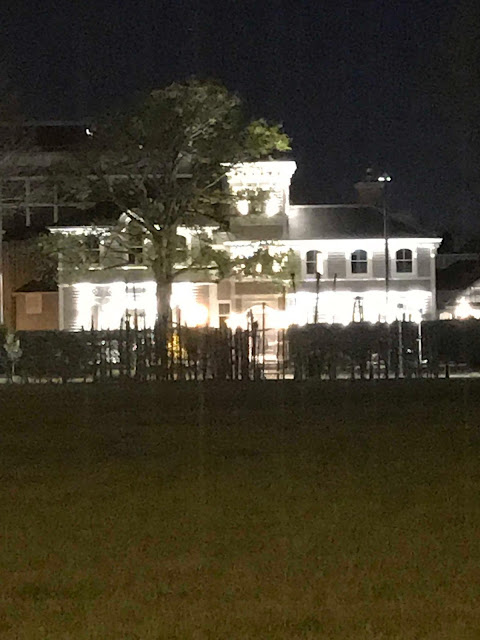 
Also, the hotel we were staying at, Rydges Latimer, was the scene of a haunting a few years ago, when Pakistani cricketer Haris Sohail had his bed shaken by an invisible something, so that constituted a bit of a temptation, too. 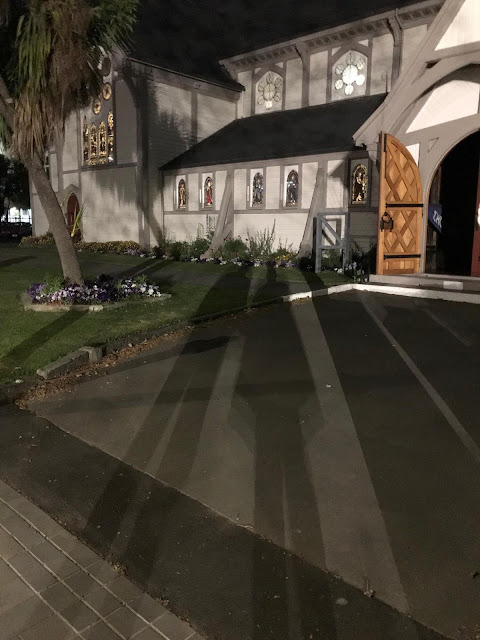 
Nothing like that happened to us, but when we compared notes later, we realised that each of us had woken up during the night to find the room bathed with light from the clock radio beside the bed (this despite the fact that I'd covered it with a pillow before going to sleep). The pillow was certainly still there, in place, next morning - what can have led us to think that it had shifted, or been lifted off, by something or someone, in the middle of the night, then? 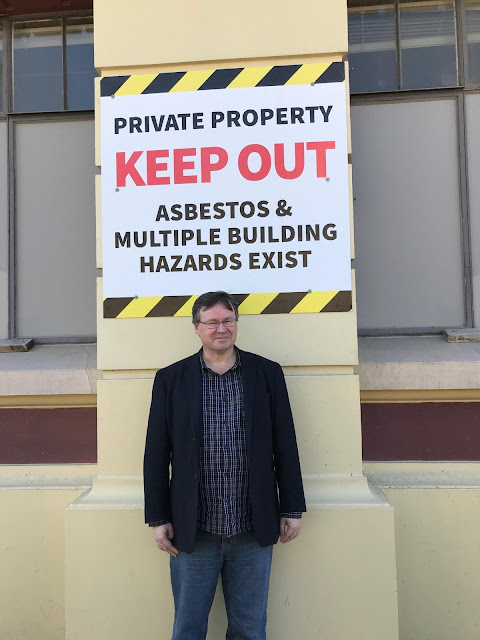 
Perhaps these are mysteries we'll never understand. Valiant Christchurch is still in many ways a troubled city, though: witness many of the poems and stories read out at the awards ceremony. 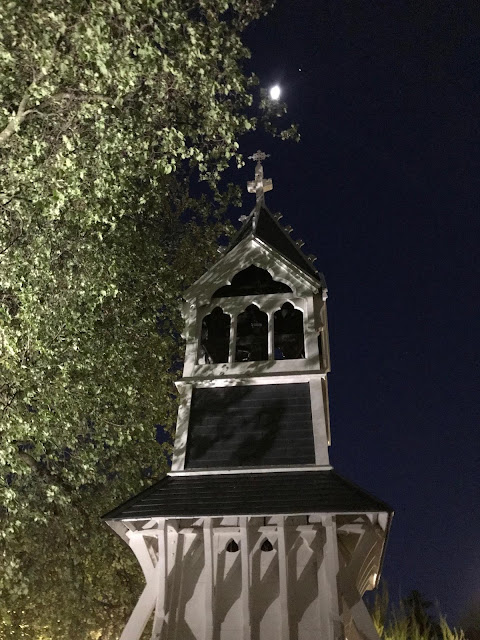 
Not only that, but it's also an intensely atmospheric one to wander around at night. 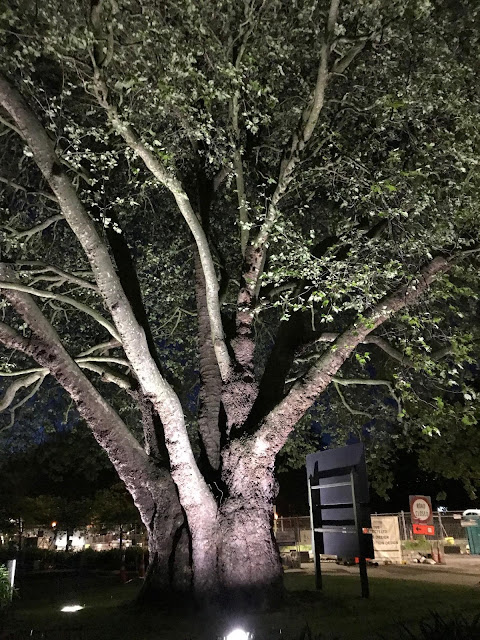 
For the rest, we certainly had a great time while we were there, doing touristy things around the Square and the Avon, and then (next day) taking the bus out to Lyttelton and the Tannery. 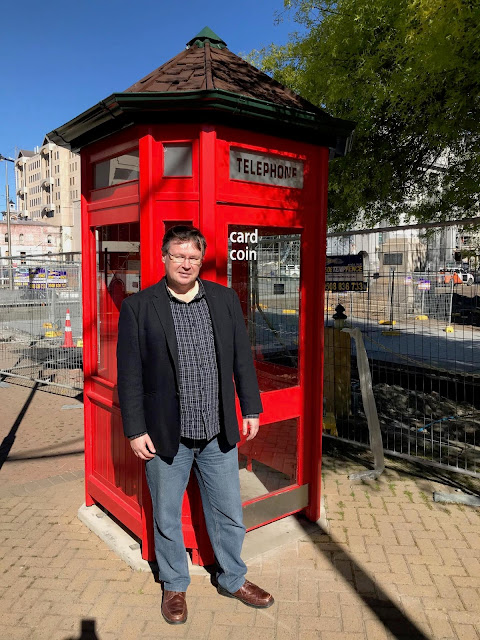 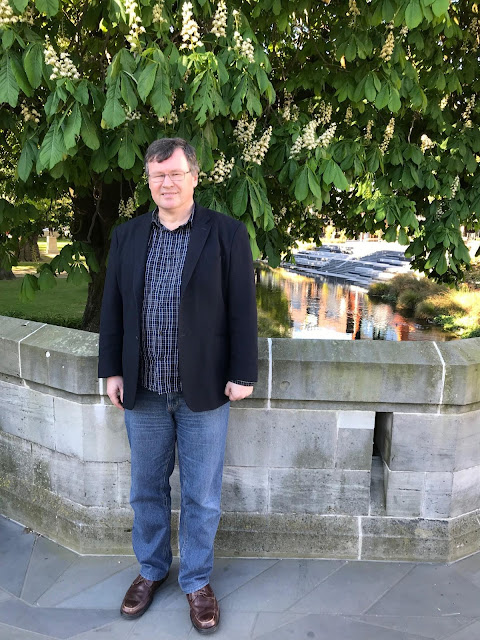 
It seemed strangely appropriate to have ended up in a restaurant called "Original Sin' - certainly their pasta was to die for! 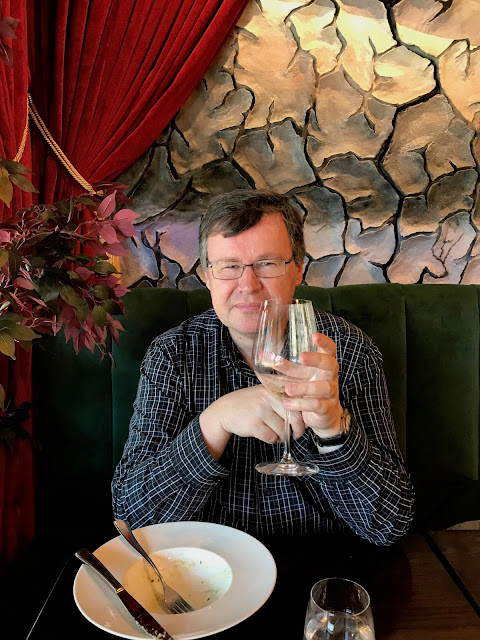 
The event itself was run very smoothly and professionally by the Canterbury branch of the New Zealand Society of Authors. Every reader stuck to their allotted time - perhaps because the sheer splendour of the surroundings made us all determined to mind our p's and q's. 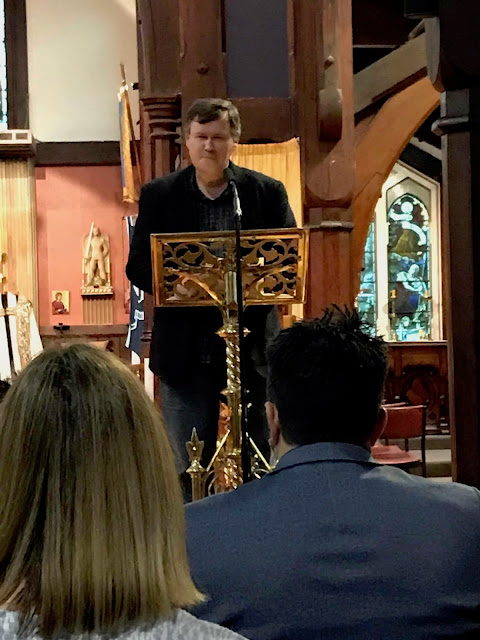 
No fewer than 18 novels were entered for this part of the competition, apparently - along with 24 in the non-fictional book category, and many poems and essays. The judges certainly had their work cut out for them. 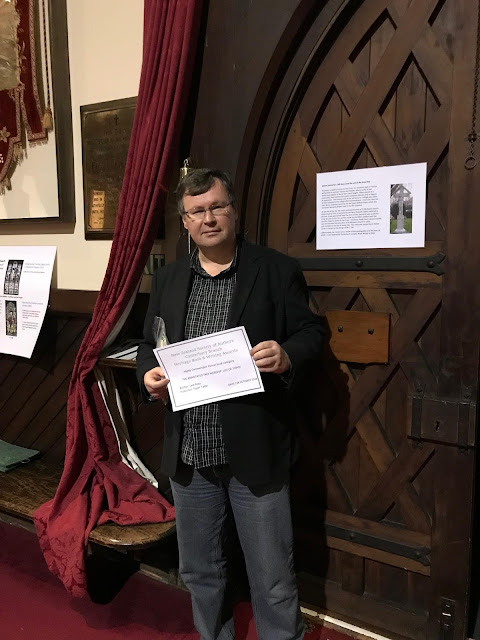 
The winner was Dame Fiona Kidman's powerful novel about capital punishment in New Zealand, This Mortal Boy. The runner-up was David Hill's wonderful YA historical novel Finding. I was more than a little surprised, then, when Fiona Farrell announced that she'd insisted on creating a special category for my novel The Annotated Tree Worship, since (as she said) experimental fiction has a vital place in the literary firmament, too.

So here I am, looking proud as punch, with my 'Highly Commended' certificate. Thanks, Fiona: 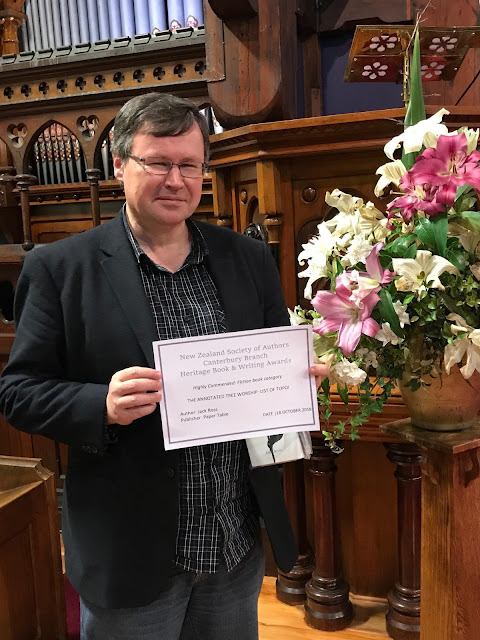 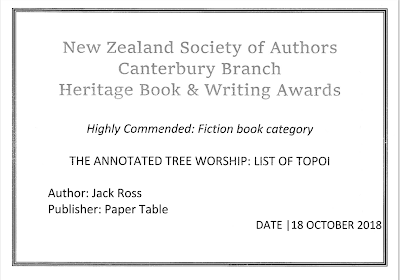