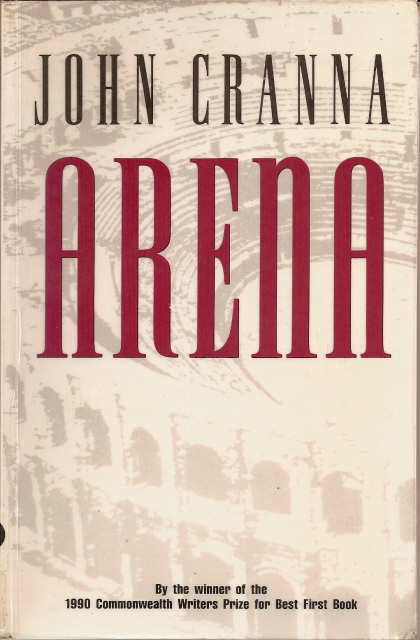 The worst effects of malnutrition, he continued, were on the mind. 'I've known starving men who listened to their thoughts and believed they had invented a strange new language.' He tapped the point of the toothpick on his front teeth. 'They died convinced they were geniuses.'


Somewhere in the space between J. G. Ballard's The Drowned World (1962) and J. M. Coetzee's Booker-Prize-winning Life & Times of Michael K (1983) lies the zone of John Cranna's first (and, to date, only) novel, Arena.

Like them, it's dystopian; like them, disturbingly violent. Arena also shares with both books a kind of deadpan flatness of affect - though all three authors show a taste for occasional flights of poetic fancy. 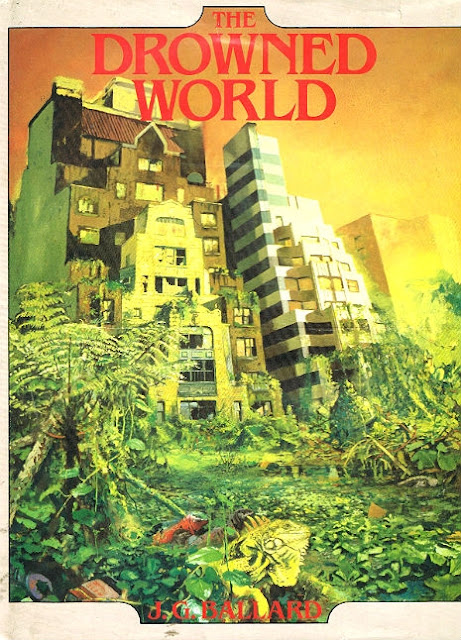 
J. G. Ballard's first novel is set in a drowned London of the future. The characters have the usual Ballardian preoccupations with inner space: with the working out of their personal obsessions rather than any more practical, world-altering activities.

Even the bizarre ceremony which serves as the culmination of whatever narrative arc the novel has proves strangely anticlimactic: Dr. Kerans survives his ordeal, and wanders off at the end of the novel in search of "the forgotten paradises of the reborn Sun."

It's hard, however, to forget the lush evocativeness of the picture Ballard paints - of a world ending not with a bang but a whimper. Who would have thought at the time that his fantasies would seem so timely and relevant so soon? 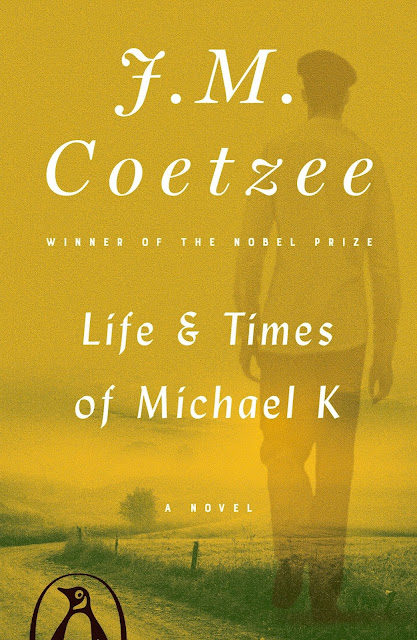 
Coetzee's Life & Times of Michael K is more poignant. It is, in fact, a very difficult book to characterise even to those familiar with Coetzee's other novels. The solitary, arduous odyssey of the deformed, hare-lipped Michael K through the war-ravaged landscapes of a frighteningly real - albeit on an alternate historical time-track - South Africa, is simultaneously grotesque and inspiring.

Michael K's status as an unperson ("CM [coloured male] - 40 [his age] - NFA [no fixed address] - Unemployed") is established very clearly in context, and yet it's the actual nature of his quest that matters. The civil war ravaging the landscape is above (or below) his attention. His only approach to success in the book lies in the garden he makes in the provinces before returning to Cape Town. 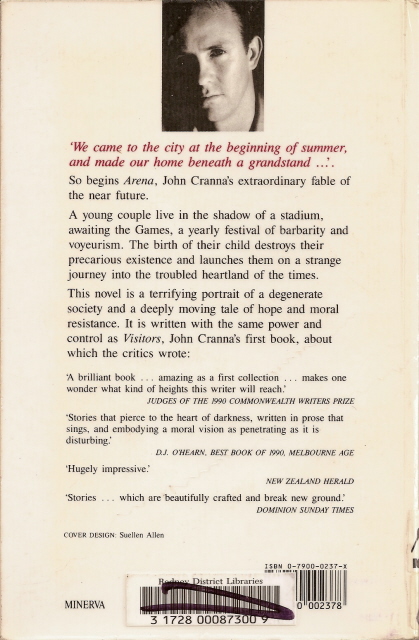 Brain-damaged by the nineties, openly neglected by authorities, their school buildings falling unhindered around their ears, the kids had all the helpless savagery of young animals left out in the cold too soon. 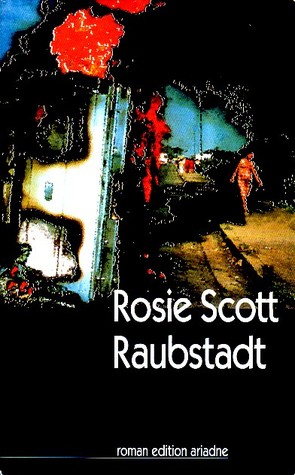 
Rosie Scott's vision of a near-future inner-city Auckland devastated by neo-liberal monetarism may seem a long way from John Cranna's magic-realist city, where "a yellow haze obscured the horizon from the slums of the south to the Guest suburbs in the north" [27], but they do have certain tropes and assumptions in common.

The gleaming teethed "guests" who appear to be in control of the body politic in Cranna's fable are not a long way from the equally sinister authorities in Scott's - or, for that matter, the elaborate Orwellian apparatus of Albert Wendt's. 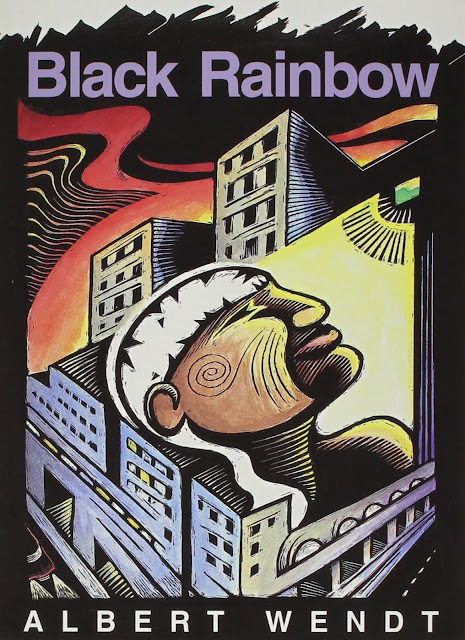 
"One day the history of our nation would become clearer to her. When the time was right I would try to explain a few things." [141]


Mary Paul's recent essay "Always Something There to Remind Me: On Growing Up Amid Neoliberal Reforms" Pantograph Punch: 19/8/19) might act as a timely reminder of the spirit of that particular age, for those fortunate enough not to have lived through it.

Hers is, by its nature, a very partial view: Auckland-centric (like the three novels mentioned above), and surprisingly male-dominated. 'Didn't you want to interview any women?' was one of the comments listed under the piece when it first appeared.

That isn't entirely fair, mind you. The last interview (of five) in the article is with the couple Richard Misilei and Mate Colvin, who both work as librarians in Ōtara. All the others, though: writer and performer Dominic Hoey (aka 'Tourettes'); 'Stephen' (not his real name); performance artist Mark Harvey; and AUT Communications Senor Lecturer Thomas Owen, are indeed men, and - it would have to be admitted - offer distinctively male perspectives on the period. 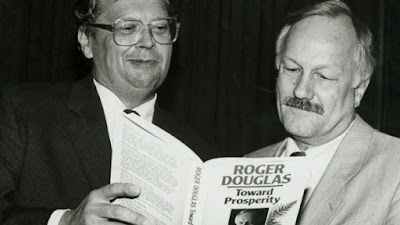 Mary Paul: Always Something There to Remind Me (2019)


Mary begins with a quote from Economist Tim Hazeldine, who describes the fallout from the 'reforms' of this era as “terrible”:

I cannot find any developed economy in modern times that has inflicted so much harm on itself. 104 major reforms pummel[ed] the body-economic. One manufacturing job in three was lost, and with those jobs basically went the blue-collar core that is crucial to the chances of less skilled workers being able to support their families in decency.

She does, however, preface this in more personal terms:

In the early 1990s I often woke at night worrying about how our children would manage in a newly competitive world. If they couldn’t strive to be the best, or at least buy into the idea of life as raw competition, how would they manage? It was not so much a feeling of pressure as one of loss. Would there be a place for them to flourish – one organised around human values and community, and not only around competition and consumerism?

The country had changed in 1984, when a newly elected Labour Government implemented free-market reforms with extreme rapidity, reforms that were extended in the early 1990s by the subsequent National Government. What was done was oddly extreme for a well-developed Western democracy and an elected Labour government, or any government. However giving precedence to business did fit with the crude empirical generalisations that were current at the time about society being founded on self-interest.

Is that what John Cranna's Arena is about, also? That sense of fear over eroding values? Certainly his (unnamed) protagonist lacks any conventional moral compass. He cuts off a man's ear-lobe and chains him to a tree in the garden as a simple act of discipline, and his somewhat tepid feelings of solidarity with the Aboriginal escapee from the livestock collected for the upcoming Arena Festival do not extend to any attempt to liberate him when recaptured for sacrifice.

His strongest identification turns out to be with the children of the next generation, but even this seems as much sensual as ideological:

The girl child's green, wide-set eyes met mine. Poised there was the question that had been put to me twice, the invitaion that had pursued me to the swamps and had haunted my dreams. And as the wind blew sand in flurries across the arena, and brought to that place the scent of end-of-summer orchards, I reached out to the small white hand of this dancer, my daughter, and told her, Yes. [174]

Bear in mind that this is the end of the same summer in which this particular child was born. A brief riffle back in the pages reveals the question - or, rather, statement - twice put to him: "We want you to be the narrator" [160].

But what exactly is it that he's meant to be narrating? 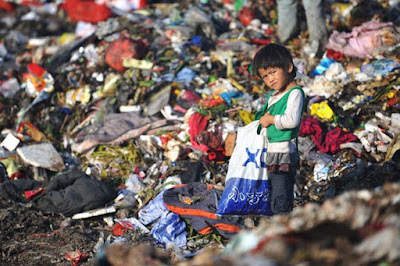 ... in a sense, everything that happened that summer was predictable, and with time it seemed to me that when the sequence of events happened as it did, it did so with an inevitability that left me certain that somehow I had known what was going to happen all along. [50]


There's a certain clunkiness to that sentence, and - it has to be admitted - to John Cranna's book as a whole. It's as if he's so determined to make each action deeply significant, that he neglects to explain it - even to himself. It reads like a sleepwalker's book.

Ballard's novels sounds now like an example of cli-fi written long before that term was born or thought of. Coetzee's, too, has a clear political dimension alongside the fabular narration. Scott and Wendt, too, have their targets (and genres) clearly in their sights.

What, then, of John Cranna? More than 25 years on, any deficiencies in clarity of intention seem - to me, at any rate - outweighed by the obscure feeling of hurt underlying his story. His protagonist (like the author?) has returned to home ground round to tell us his story once more in the faint hope that this time it may end up making some tenuous kind of sense.

His hopes - as always - are disappointed, but at least he's managed, this time, to gather around him a small knot of children who may offer some kind of hope, however fragile:

O body swayed to music, O brightening glance,
How can we know the dancer from the dance?

Or, to put it more directly, how can there be narrative closure where we ourselves deserve none? 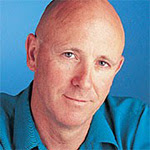