Tad Williams and the Rise of Epic Fantasy 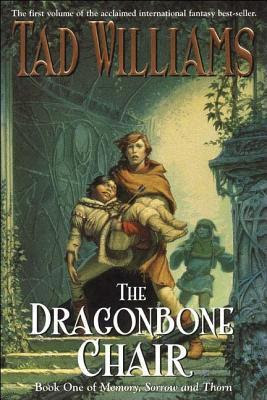 
I suppose that one advantage of the TV series Game of Thrones is that you no longer have to bother to try to explain to people what epic fantasy is. 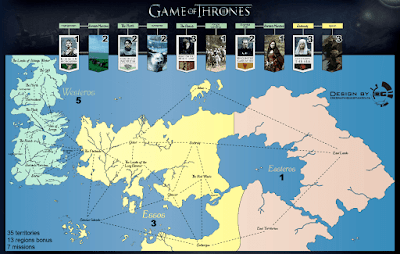 
Before that, only J. R. R. Tolkien's Lord of the Rings trilogy could be said to have really broken through into popular culture, and - certainly before Peter Jackson's films - he was more the prototype and progenitor of the form than simply an example of it. 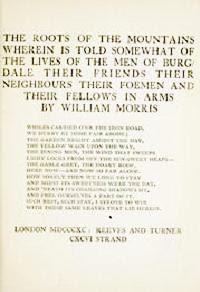 William Morris: The Roots of the Mountains (1890)


Of course, Tolkien himself would probably have pointed out how varied his sources actually were. William Morris is the principal one. Such prose romances as The House of the Wolfings (1889) and its sequel, The Roots of the Mountains (1890), gave Tolkien a good deal of his method and tone. 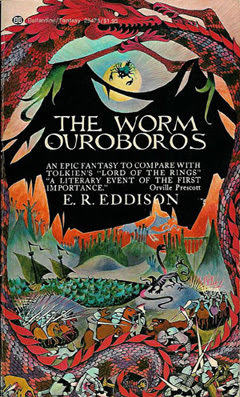 
Then there was E. R. Eddison - The Worm Ouroboros (1926), above all. And, in a more relaxed and satirical vein, Lord Dunsany and James Branch Cabell. 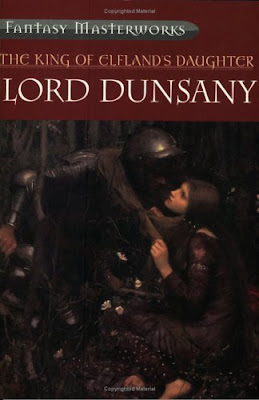 
There was a time in the late 80s and 90s when I read a great many such books (and found some unexpected fellow-fans, too: Prof. D. I. B. Smith of Auckland University's English Department, my erstwhile MA supervisor among them - my PhD supervisor Colin Manlove, too). 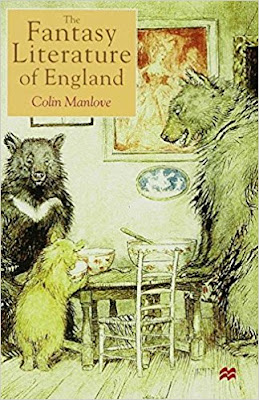 
I never read much of Terry Pratchett or Stephen Donaldson, who were both loudly proclaimed - rather unfairly, in retrospect - as Tolkien's heirs in the 1970s (the former has enjoyed a bit of a revival of late with the very entertaining TV miniseries The Shannara Chronicles). 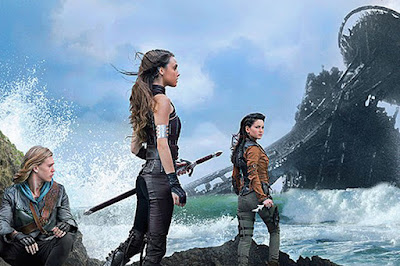 
So who did I read back then? Here are a few of their names: 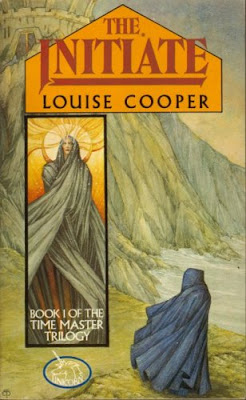 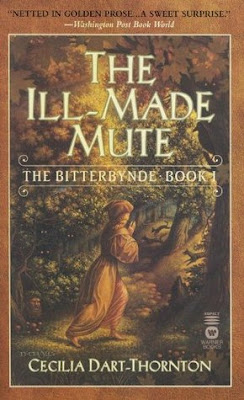 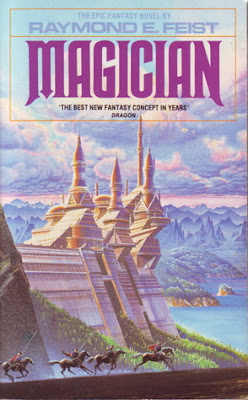 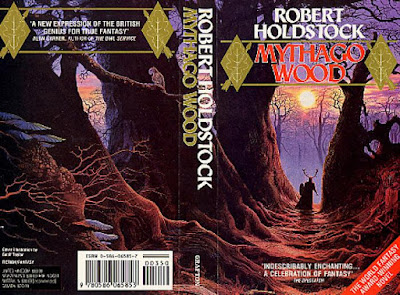 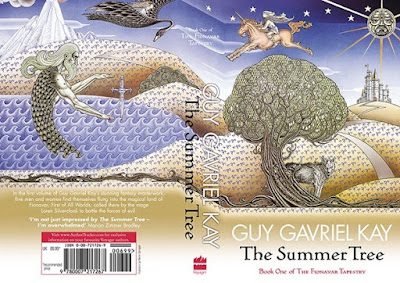 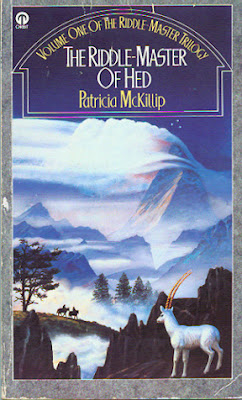 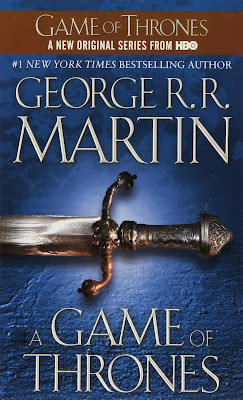 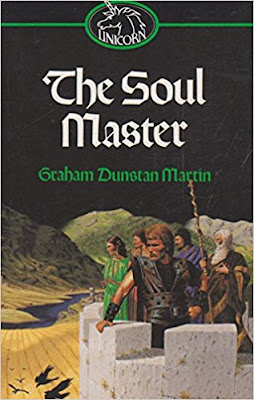 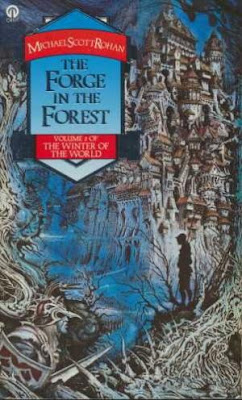 Michael Scott Rohan: The Forge in the Forest (1987)

Some of the examples in the list below include all of the principal, Tolkien-inherited ingredients: division into a trilogy; the presence of elves, dragons, and/or otherworldly creatures; a threat from some source of 'darkness' - generally in the North; a lost heir or 'chosen one' who has to set all to rights, possibly with the help of some ring, sword, or other talisman.

So far so banal. But then there are the exceptions: the genuinely original takes on the fantasy genre. Take Robert Holdstock's Mythago Wood, for example. His basic notion of a wood that resists visitors is an excellent one, but combined with the discovery that (like the Tardis) this wood is bigger on the inside than the outside, and - in fact - has no effective limit in time or space, since it constitutes a kind of repository for the collective mythological memory of mankind, as far back as the last Ice Age, the working out of his story has a peculiar resonance and even symbolic truth to it.

Michael Scott Rohan takes the idea of the Ice Age more literally, and tries to recreate the vanished kingdoms of an era before the Mediterranean flooded, and when vast areas of land were laid bare by the glaciers.

Cecilia Dart-Thornton relies more on traditional ballads and folklore to shape her own narrative, while Patricia McKillip contributes a beautiful, Ursula Le Guin-like clarity to her storytelling. So, while some of the authors may be a bit perfunctory in their prose-style, it's hard to fault them for richness of invention.

Of course, any fan of the genre will immediately point out how outmoded the above list is. So many new series have appeared since the late 1990s, when I stopped even trying to keep on top of them, that I couldn't begin to discuss them even if I had the knowledge. Rest assured that the presses of the world have been busy adding to the total through all the intervening years.

So why concentrate on Tad Williams in particular, then? Not because he's so much better than the others - though he's probably the most long-winded among them (the cover of The Dragonbone Chair describes it as "the fantasy equivalent of War and Peace", and I think it's as much its length as its narrative ambition the reviewer must have had in mind).

I guess I've chosen to feature him: The fact that, after all that, he's come back round to his starting-place, and is beginning yet another trilogy set in his Tolkien-esque kingdom of 'Osten Ard' also says something telling about the epic fantasy genre, however. Its fans are loyal and supportive - but they also tend to be resistant to change.

Unlike SF fans, who've got used to having all their expectations upset within the first few lines of each new story, Fantasy afficionados like to have horses, staffs, goblins, and elves - or some reasonable variant on same - crowd in to greet them pretty early on, regardless of how each author has chosen to account for their presence (creatures of a remote, post-nuclear-apocalypse future in Terry Pratchett; remnants of the ancient Germanic world in J. R. R. Tolkien).

Anyway, here's a reasonably comprehensive list of his thirty years of publications to date. By Tolkien's standards (at least), his protagonists do have a tendency to whine and demand instant attention to their peevish demands at inopportune moments (whether or not this represents a divergent Old World / New World set of cultural expectations I leave others to ponder). For the most part, though, he does have the ability to immerse his readers fully in a strangely believeable set of very particular fantasy worlds, and I suppose that's all one can really expect of a writer in this rather inflexible genre.

For myself, I'm a little sorry that he hasn't persevered with his virtual reality world Otherland, or even his Edwardian themed fairyland in The War of the Flowers, but with such a rate of production, it's fair to say that there are probably plenty of such departures from type to be expected from him yet!

The Shadowmarch series was a bit of a disappointment, it must be said: adding little to his earlier work on Osten Ard. The fact that he's now resumed that series - with what success it's a little early to say, though one has to salute his determination to make his evil adversaries as full of complex motivations as his "goodies". There's clearly life in the old genre yet, though of course I fully expect to be deluged by a set of suggestions for new such works and authors who have emerged over the past twenty years or so, whom I really must read in order to claim any currency at all. Bring it on! 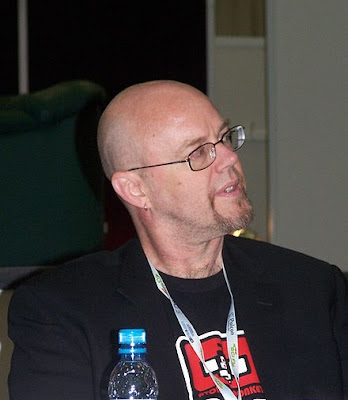