The Island of Doctor Death and Other Stories and Other Stories. No, it's not a misprint. Recently I bought a rather battered first edition copy of Gene Wolfe's debut collection of short stories and novellas from Hard-to-Find Books in Auckland, one of the few local bookshops which still maintains a healthy stock of old SF paperbacks.

Admittedly it's not really a thing of beauty. That cover image, by Don Maitz, is quite accurate to the story it illustrates, but seems otherwise almost calculated not to appeal. The paper inside is brittle and the print miniscule. But the stories themselves are breathtaking!

One of the incidental characters in "Tracking Story" remarks to its unnamed protagonist:

You know nothing. You are like a child who has wandered by accident into a theater half a minute before the final curtain. You see people moving around, some masked; you hear music, observe actions you do not understand. But you do not know if the play is a tragedy or a comedy, or even know whether those you see are the actors or the audience. [217]

That seems as good a way as any of summing up Wolfe's approach to storytelling. We know nothing. Nothing we are told can be trusted. No narrator is reliable, no action not open to doubt. How, then, are his readers to make their way through this baffling labyrinth of signs?

Along with the untrustworthy or just plain ignorant narrator, Wolfe is addicted to the idea of the story within a story. In the Nebula-award nominated "Seven American Nights," for instance, much of the plot hinges on the Muslim hero's haunting of a Washington theatre where J. M. Barrie's supernatural play "Mary Rose" is being performed. The more you know about that play, the more sense Wolfe's own story will make to you.

The extraordinary "Eyeflash Miracles", another Nebula Award nominee for best novella, overlays the experiences of a blind child runaway with, on the one hand, The Wizard of Oz - on the other, the Hindu myth of Krishna and Vishnu. 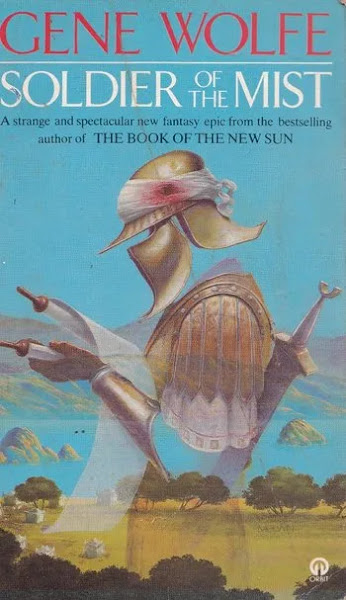 The 'Soldier of the Mist' trilogy, possibly my favourite among all of his works (which I wrote about in an earlier blogpost here), is told by a brain-damaged soldier incapable of forming new memories, whose attention span lasts roughly one day. His account of the retreat of Xerxes' army from Classical Greece after their defeat at the Battle of Plataea in 479 BCE is therefore compiled from a series of disjointed diary entries, forgotten almost as soon as they're written down.

Another thing his head injury has gifted him with is the ability to see and converse with the gods. Or rather, the capacity to believe that that is what he is doing. It sounds like a pretty strange plot premise. It is an extremely weird idea for a story, but somehow Wolfe succeeds in making it both compelling and poignant. 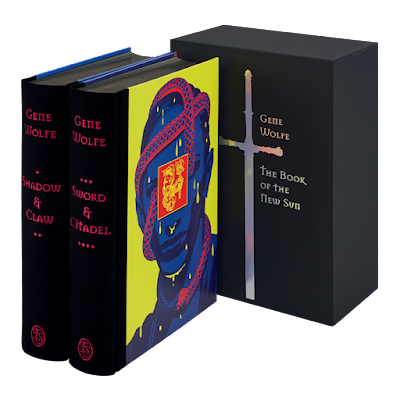 The Book of the New Sun is undoubtedly the work he's best known for - particularly the first volume of the tetralogy, Shadow of the Torturer. It is, in many ways, one of the most direct and straightforward of his stories, and yet even it seems, at times, almost calculated to confuse.

Why? Why did Wolfe refuse to tailor his works to the market? Why did he always insist on applying just one more turn to the screw? Not by accident did he issue a number of his limited edition novellas through an outfit called "The Pretentious Press".

One reason may have been, initially, because he had a full-time job as an industrial engineer for most of his working life, from the mid-1950s until 1984, when he retired to become a full-time writer. In other words, he didn't have to make continuous sales to the pulps for a living. He was, instead, free to experiment.

For the most part, though, it must have been just because he had that sort of mind. From the very beginning his work seemed more in tune with contemporary tricksters and game-players such as Barthelme and Borges, Cortázar and Calvino, than Sci-fi gurus such as Asimov and Clarke. 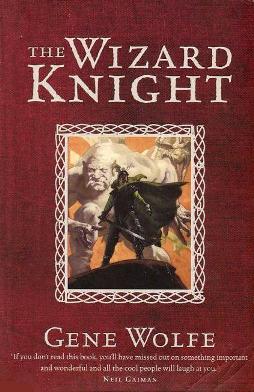 Even his late sword-and-sorcery epic The Wizard Knight goes through an almost unbelievably convoluted set of plot pathways before reaching its denouement. Often, as you read him, you feel that this time he's gone too far: this time the weirdness has finally flipped over into complete incomprehensibility. But no, every time he pulls it off. You may not end up liking the result, but you can't deny the courage of a writer who literally doesn't care if you get it or not.

Caviare to the general? To some extent, yes. But not nearly as much as one might think at first sight. That short story collection I started with, The Island of Doctor Death and Other Stories and Other Stories, is structured around a set of three stories (subsequently republished, with a new story, "Death of the Island Doctor", as The Wolfe Archipelago): The second of these, "The Death of Dr. Island", won the Nebula award for best short story in 1974. It's the story illustrated on the cover reprinted above. Amusing as all these variations are, though, they represent more of a by-product than the centre of Wolfe's endeavours.

What marks out that story - all of his stories - from those of other postmodern fabulists is the profound compassion and empathy at the heart of them. Blind and crippled children, brain-damaged adults - these are his narrators of choice. To some extent his jokiness may have served as a screen against too facile a descent into sentimentality. Instead, it's the sheer innate intelligence behind them which makes his more terrifying and violent stories tolerable.

His work is a miracle. Given its intensity, it's perhaps best taken in small doses. However, if you haven't yet read any of it, you owe it to yourself to do so as soon as possible. It's not for nothing that Ursula Le Guin hailed him as "our Melville". He has something of Melville's scope and thematic range - something too of Melville's deep, abiding strangeness. 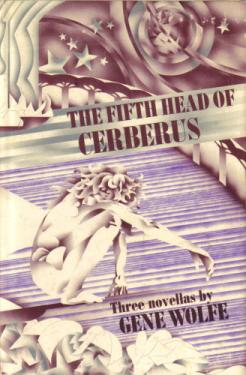 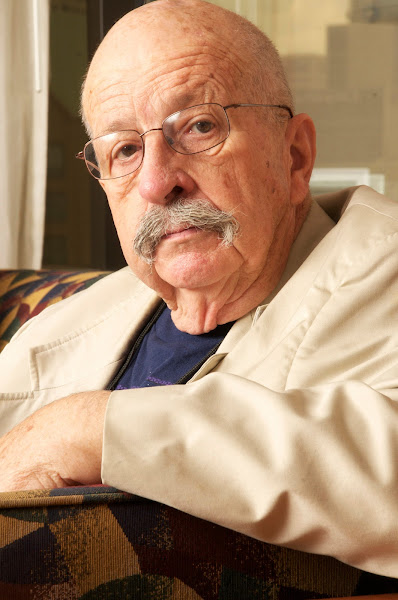 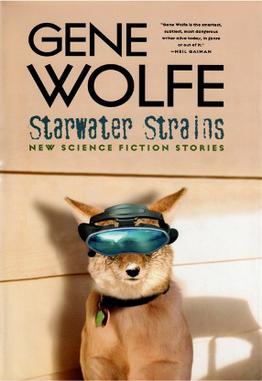 I share your admiration for Wolfe. His label as an SF writer means he isn't widely recognised as one of the great modernists, but it's interesting that he may be "Caviare to the general? To some extent... but not nearly as much as one might think at first sight." It's amazing how willing people are to accept experiment or innovation in an art form as long as they aren't told it's experiment or innovation. Wolfe is an example, but the way film-musicians like Herrmann and Morricone could experiment in a way they never could in the concert hall, while cartoonists and caricaturists could abandon pictorial realism long before "serious" painters.