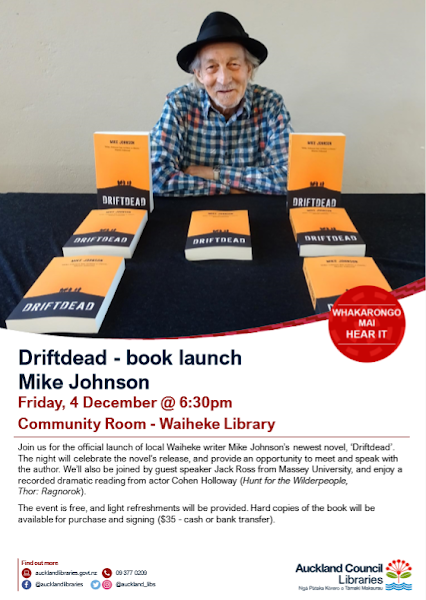 
Here's my launch speech for Mike Johnson's new novel, at the Waiheke Public Library in Oneroa: 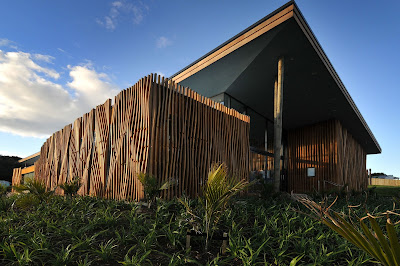 "Now that she is out of danger, the librarian starts to shake. 'Damn you to hell,' she says under her breath to the First Person. 'You nearly lost me. What if I'd turned into one of them? What would you have done then?
Of course I can't answer her. It's not my job to intervene. Sometimes she treats me like a deity, the way the reverend thinks of God. I am her First Person, and therefore all-powerful. Of course that is not true. I am not the author of her being. She is. But when she gets frightened she turns on me and accuses me of all kinds of crimes.
She says no more, but I'm not fooled. This issue lies in wait for us further up the plot line. I don't have to be the First Person to see that." [155]

At some point in their careers, most writers dream of attempting the big one: the project to end all projects, the book which will allow them to use everything they've learned so far: in the case of fiction-writers, some version of that mythic entity called the Great New Zealand novel.

Driftdead is certainly Mike Johnson's most ambitious work to date. It's certainly the longest. In it, he distills a lot of his previous thinking about the true nature of small town life, his fears for the future, and - indeed - about the nature of life and death itself.

If I were forced to define it, I guess I would still call it SF: not sci-fi, mind you, but the other sense of that acronym: speculative fiction. It's set in the future - how near or far away is debatable, but certainly some cataclysm or series of catastrophes has taken place, leaving parts of the world desert and erasing much of our machine civilisation.

The setting is New Zealand. The novel doesn't actually say so, mind you, but the name 'Keatown' suggests it very strongly. As do the frequent references to State Highway 6, which - if I'm not mistaken - runs from Blenheim to Westport, then down the West Coast to Haast. 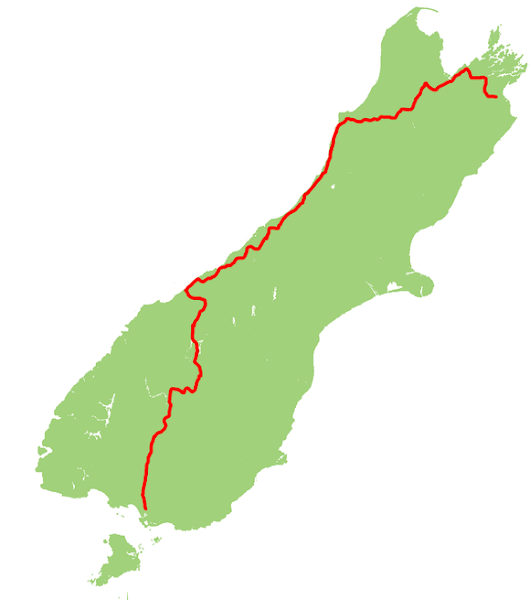 "You can always turn to the mythical First Person Singular and appeal to be released from your lowly third-person subjective status into the generality of the driftdead, the 'they' and the 'them'. The grey murmuring. The mass shuffle." [377]


Nor is this geographic orientation irrelevant to some of the other themes in Mike's novel. The driftdead - 'dead like zombies, but with no interest in eating human flesh, and driven by a force beyond hunger,' as the blurb puts it - come down the coastal highway from the north, and move on through Keatown towards the south. Nothing will stop them: not fences, fires, or guns. Even when pushed into the sea they can still be seen, unbreathing, making their way southwards.

You wouldn't be much of a local if you didn't notice how precisely this reverses the traditional movement of our dead souls northwards, to Cape Reinga and their final leap out into the ocean towards Hawaiki.

The nature of these driftdead occupies much of the novel. I don't want to introduce any avoidable plot-spoilers here, but it's worth nothing that - like zombies - they are physical beings rather than ghosts or shades; also that virtually every one of them is carrying a single object of desire: a mirror, a book, a photograph - something (presumably) whose desirability outlasts all other forms of memory.

That's not to say that there aren't ghosts and other supernatural phenomena in the book - it might as easily be labelled a supernatural thriller as a work of speculative fiction. It's both, in fact. But that's not all it is. There are elements of magical realism in there, too. 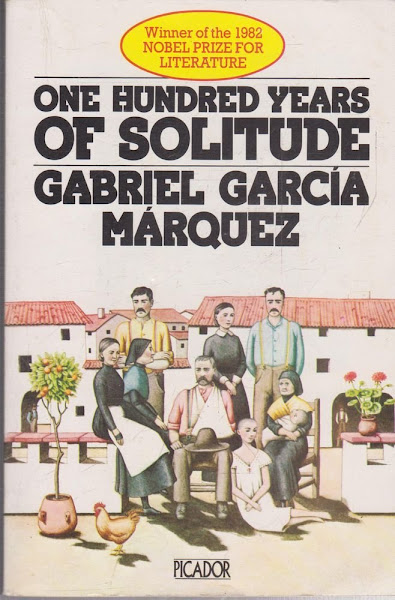 "The abrupt cessation of the roar of words leaves her feeling giddy and ill. It's one thing to stop writing, for her Chronicles to hit a wall, but this sensation of walking through her library as through a forest of dead leaves is something else. Perhaps she can bear her own silence, but the silence of the world staggers her. She is too afraid to pick up a book in case all the words have deserted it, and there is nothing but blank pages. a library full of blank pages, all the words gone south.
In which case, she might as well do the same thing.
I have to exercise my right as the First Person and step in. I have managed to keep out of it so far, but now duty calls. There is a solution, reluctant as I am to suggest it. In her darkest hour, I come to her with my solution. That gap, that bleeding gash in the narrative, she could fill with her own invention. She could make it up." [241]


As I read Mike's meticulous inventory of Keatown, its various groups of inhabitants - the drunken mayor, the psycho pump-jockey, the Indian supermarket owner, the crowd of itinerant children (in fact one of my suggestions for the second edition would be a list of characters appended at the back, like the ones in old Russian novels) - I was reminded above all of Gabriel García Márquez's Macondo, the imaginary village at the heart of his classic novel One Hundred Years of Solitude.

As in Macondo, ghosts wander in and out of the houses as readily as people. And, as in García Márquez's Colombia, the villagers are slaves - mostly without knowing it - to the material interests of the moneymen: the companies and corporations far to the north.

Mike's novel is political, too, make no mistake about that: the politics of colonialism, of dispossession, of Māori and Pākehā history, all carefully recorded by the librarian in her 'Chronicles of Keatown', a very self-conscious attempt at an objective historiography of the region. And she, too, whether she likes it or not, is continuously influenced by genre models:

Her mind flounders around for literary references to which she can cling. The atmosphere is Edgar Allan Poe, the territory is the Twilight Zone. Not bad. The Frights provided by Lovecraft, picked up by Stephen King by way of Charles Dickens. [87]

She's not the only source for the complex backstory of Mike Johnson's narrative, though: there is also her omnipresent imaginary friend, the first person singular:

At the same time, ghostlike, she senses the presence of another first person, the source of all narrative authority. In such moments I am very near her. I can hear her short, shallow breaths. She imagines she can hear mine. She imagines she can feel me in the muted clickety-click of the keyboard. A presence very near yet very far, and hence a riddle. A presence that seems to permeate all points of view. [140]

Is this invisible presence Mike himself? It would be naive to suppose so. So we're forced to suppose at least three levels of narrators to get through before we can reach the bedrock of actual events. Whatever those may be. 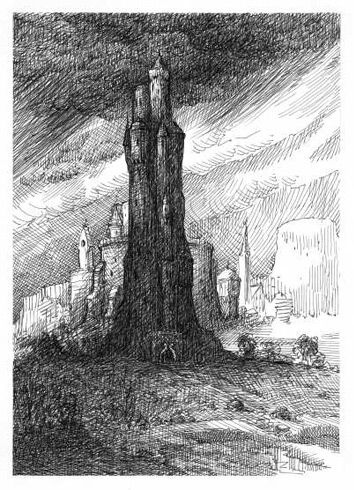 
Driftdead is Mike Johnson's War and Peace. It's a major novel, written by a consummate artist at the top of his form. Or perhaps I should say his Gormenghast, because in many ways the tone of his work is more reminiscent of Mervyn Peake's late, baroque masterpiece.

What does it all mean? Well, I can't really help you with that. You'll have to read all the way to the end even to start to understand the novel's unsettling climax. It still perplexes me, and I find myself going back to it again and again. All I can say is that the game is worth the candle. Mike's vision of the future, our future, is certainly not an optimistic one, but it would be hard to deny its importance.

There's a lot more to say about this book, and perhaps some day soon I'll get a chance to say it. For the moment, though, all I can say that I envy those of you who are about to start reading for the first time the saga of Keatown. And for those of you who've already read it, I'd like to tip you some kind of conspiratorial wink, and an urgent request for your own view of what precisely you think this most baffling of parables denotes - the end of Western hegemony? The return of the Collective Unconscious? Or (in H. G. Wells's famous phrase) the recurrent nightmares of a Mind at the End of its Tether? 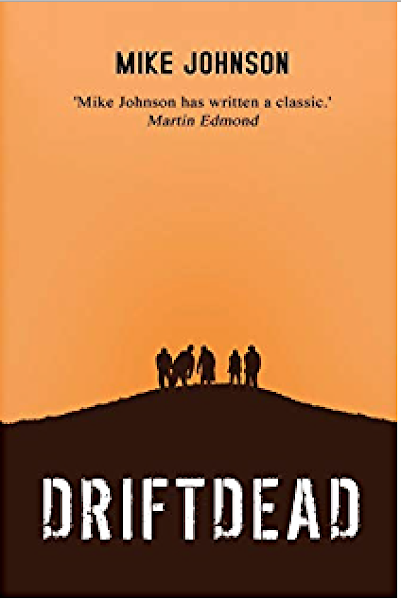 At the end of the world, Keatown is already struggling for existence. Then come the driftdead! Dead like zombies, but with no interest in eating human flesh, and driven by a force beyond hunger.


"Driftdead is as canny a book about the uncanny as you would want to read. Past and future stream; our catastrophic present is registered with hallucinatory clarity: haunting characters from a small Aotearoan town speak the rhapsodies of their passing from a dreamland where beauty and horror orbit each other in the eye of an incorrigibly domestic storm. It is disturbing and salutary in equal measure; philosophically astute; a slow burn which generates terrific suspense. Mike Johnson has written a classic."