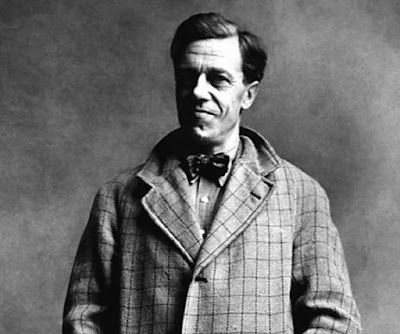 There's a reason why the name may seem familiar to you. Yes, Cecil Day-Lewis was the father of triple Oscar-winning actor Daniel Day-Lewis. If you look carefully, you can see the family resemblance: 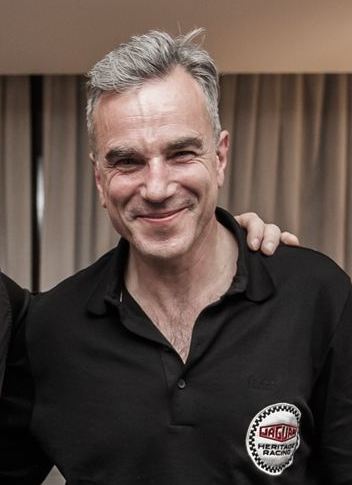 It would be a shame if this fact were allowed to obscure Day-Lewis's own achievements, though, which were many and various - some have said a little too various: 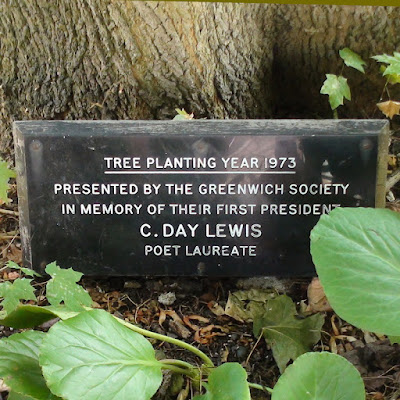 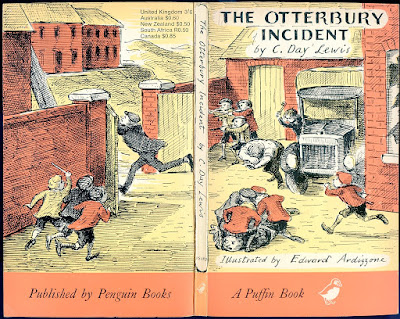 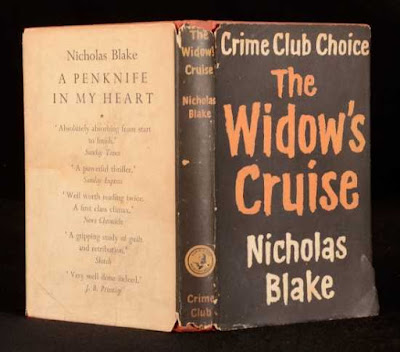 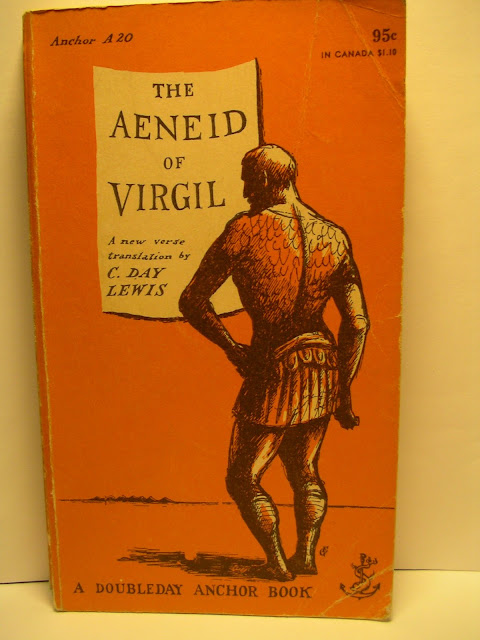 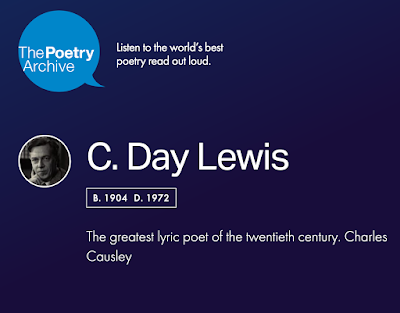 And, speaking of early poems, here's one from his 1938 book Overtures to Death, published - like MacNeice's Autumn Journal - under the shadow of Munich and Chamberlain's promise of 'peace in our time':

Enter the dream-house, brothers and sisters, leaving
Your debts asleep, your history at the door:
This is the home for heroes, and this loving
Darkness a fur you can afford.

Fish in their tank electrically heated
Nose without envy the glass wall: for them
Clerk, spy, nurse, killer, prince, the great and the defeated,
Move in a mute day-dream.

Bathed in this common source, you gape incurious
At what your active hours have willed -
Sleep-walking on that silver wall, the furious
Sick shapes and pregnant fancies of your world.

There is the mayor opening the oyster season:
A society wedding: the autumn hats look swell:
An old crocks' race, and a politician
In fishing-waders to prove that all is well.

Oh, look at the warplanes! Screaming hysteric treble
In the low power-dive, like gannets they fall steep.
But what are they to trouble -
These silver shadows - to trouble your watery, womb-deep sleep?

Grow nearer home - and out of the dream-house stumbling
One night into a strangling air and the flung
Rags of children and thunder of stone niagaras tumbling,
You'll know you slept too long.

The Auden influence is still apparent here: the somewhat heavy-handed politics combined with an undeniable lyric precision. This is the Macspaunday side of Day-Lewis: Marxist on the surface but Georgian underneath.

And here, a few years later, from Word Over All (1943), is a lyric which could easily find a place alongside A. E. Housman's 'Epitaph on an Army of Mercenaries':

They who in folly or mere greed
Enslaved religion, markets, laws,
Borrow our language now and bid
Us to speak up in freedom's cause.

It is the logic of our times,
No subject for immortal verse -
That we who lived by honest dreams
Defend the bad against the worse. 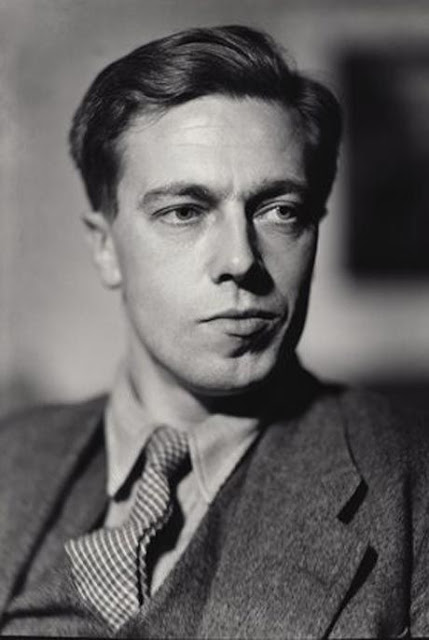 So who exactly was Cecil Day-Lewis? He's often referred to as an 'Anglo-Irish' poet, due to the fact that he was born, and lived till the age of 2, in Ballintubbert, Queen's County, Ireland. His clergyman father moved to London in 1906, and Day-Lewis was brought up there, albeit continuing to spend summer holidays with his relatives in County Wexford.

The slight schizophrenia of this shared English and Irish heritage continued throughout his life:


His father took the surname "Day-Lewis" as a combination of his own birth father's ("Day") and adoptive father's ("Lewis") surnames. In his autobiography The Buried Day (1960), Day-Lewis wrote, "As a writer I do not use the hyphen in my surname – a piece of inverted snobbery which has produced rather mixed results."
- Wikipedia 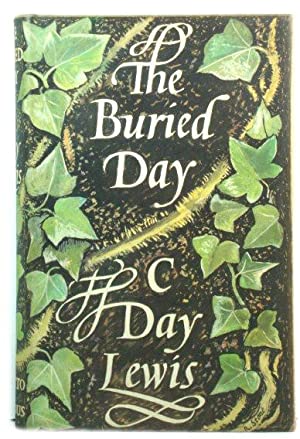 Which brings me to the subject of autobiographies. I promised to comment on the biographies available for each of the writers in this series, but their own accounts of their lives undoubtedly also deserve some comment. 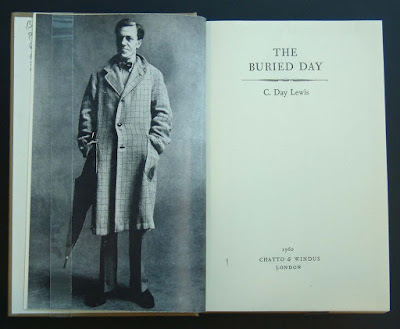 As well as the Day-Lewis book mentioned above, Stephen Spender and Louis MacNeice both wrote autobiographies, World within World (1951) and The Strings are False (1941), respectively. 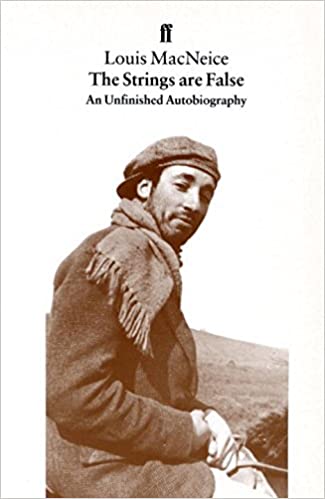 I've already included some quotes from Spender's autobiography in my post on him. Louis MacNeice's autobiography was written early in the war, in 1941, but not published until after his death, in 1965. It was, I suppose, too nakedly revealing of his own complex relationship with 'Irishness' - and with his own work - to be released during his lifetime. 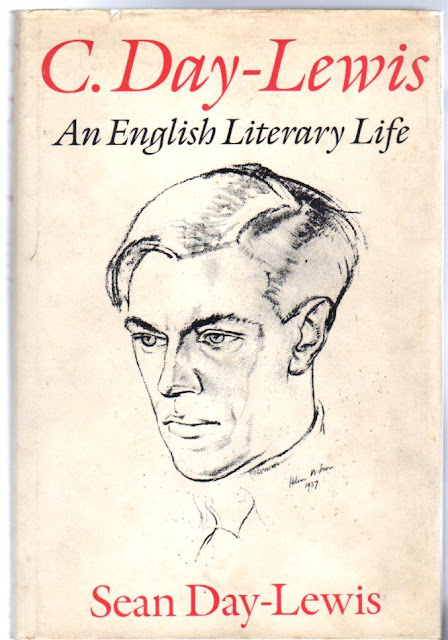 When it comes to biographies, the situation is a little more complex.

The standard life was written by Sean, one of two sons by Day-Lewis's first marriage - to Constance Mary King. There's a certain (understandable) amount of family rancour visible there, given that his second wife, actress Jill Balcon, was a considerably more glamorous figure, and it was the children of this match who achieved fame.

Be that as it may, it's a competently written book, by a well-known journalist, and fleshes out the information in his father's own more impressionistic account.

The fact is, though, for all his fame and undoubted literary success, C. Day-Lewis is now a largely forgotten figure. There's a tradition of burying or otherwise commemorating Poet Laureates in Westminster Abbey. John Betjeman, his successor in the job, made it - Day-Lewis did not.

Unfortunately a more recent biography, by Peter Stanford - which I must confess I haven't yet read - has (according to reviewers, at any rate) failed to make a very strong case for revived interest in him. 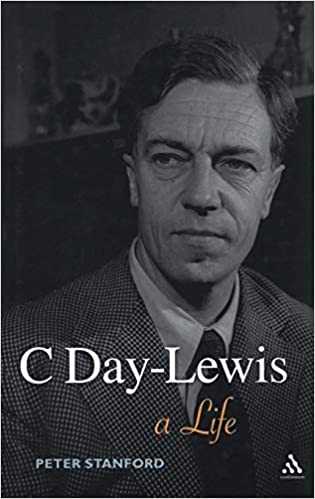 Perhaps his admirers can take comfort in a 1963 letter from W. H. Auden:

How delighted I was to find your later poetry so much finer than your earlier ... The critics, of course, think our lot stopped writing 25 years ago. How silly they are going to look presently.

The most endearing anecdote I myself have heard about Day-Lewis concerns his last days, spent at Lemmons, the Hertfordshire home of Kingsley Amis and Elizabeth Jane Howard. Amis had to be forbidden from entering the sick room, as the Poet Laureate found his conversation so amusing that he would end up laughing uncontrollably, thus putting his health in jeopardy. Not such a bad way to go, perhaps, literally laughing yourself to death ...

HIs widow, Jill Balcon, continued to hope for a revival till she herself died in 2009:

I think he's still on the schools' curriculum, but he has come into some sort of obscurity that I cannot quite fathom.

When she gave performances of his work, she noticed that most of the comments and letters she received concerned his poem 'Walking Away.'

A lot of people identify with it. It is about letting a child go. In this case it was his son, Sean, going off to school, but everybody who is a parent identifies with the moment when the children have to go. I wept when my son went to kindergarten for heaven's sake. He was only four, but I knew that forever and ever he would be going to school, to college, to marry and all the things they do.

Perhaps, then. that's as good a place to end as any:

It is eighteen years ago, almost to the day –
A sunny day with leaves just turning,
The touch-lines new-ruled – since I watched you play
Your first game of football, then, like a satellite
Wrenched from its orbit, go drifting away

Behind a scatter of boys. I can see
You walking away from me towards the school
With the pathos of a half-fledged thing set free
Into a wilderness, the gait of one
Who finds no path where the path should be.

That hesitant figure, eddying away
Like a winged seed loosened from its parent stem,
Has something I never quite grasp to convey
About nature’s give-and-take – the small, the scorching
Ordeals which fire one’s irresolute clay.

I have had worse partings, but none that so
Gnaws at my mind still. Perhaps it is roughly
Saying what God alone could perfectly show –
How selfhood begins with a walking away,
And love is proved in the letting go.


His poetry is now available in full in the magnificent edition below. If there ever is a revival, at least it will be readily accessible to anyone who takes an interest in an old-fashioned nature poet: a stance which now seems more timely than ever. 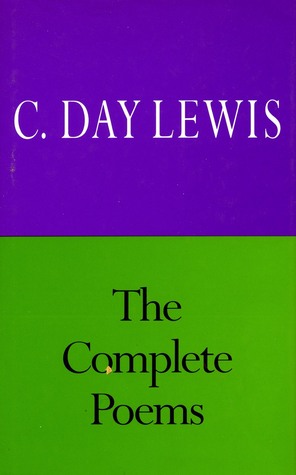 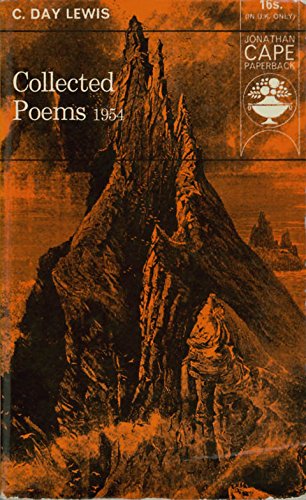 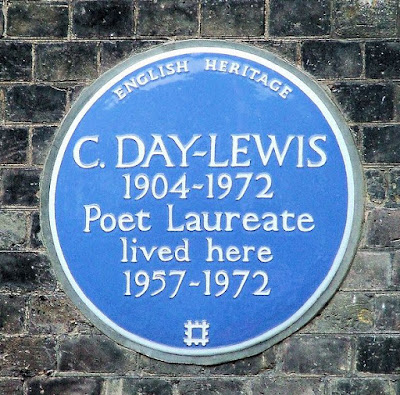