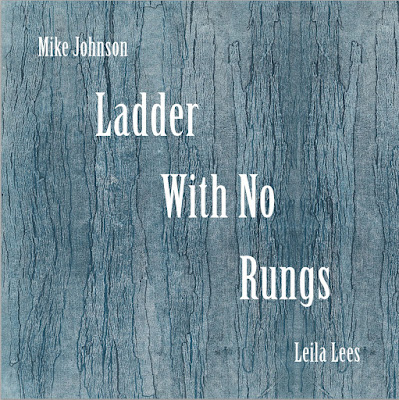 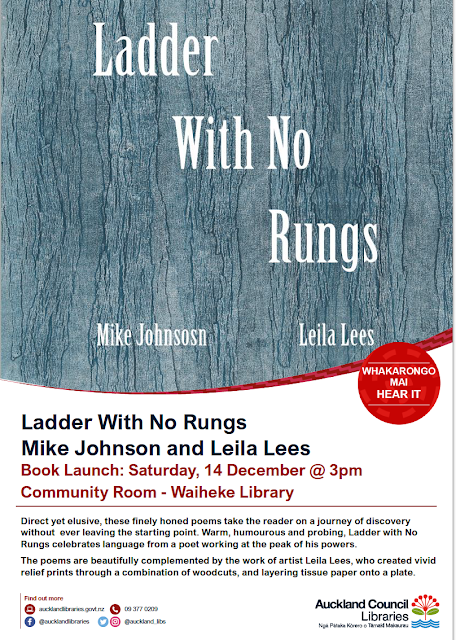 Mike asked me to come along on Saturday to say a few words about his new book, but unfortunately I'm unable to make it. Once before, in 2007, I did make the trip to Waiheke to speak about one of his books of poetry, and this is what I had to say on that occasion.

That was a lot of years ago, though. Since then his rate of production has, if anything, increased - as you can see from the bibliography I've included below. Nor has he allowed himself to be pigeon-holed as a novelist who occasionally writes poetry (or, for that matter, as a poet who's gone over to prose ...). Both modes seem equally natural to Mike, and he's continued to produce distinguished work in each genre.

I'm told that there's a substantial new novel in the offing, and I'm very much looking forward to reading that. In the meantime, though, this latest book of poems seems quite ambitious enough. The poems themselves are short, "haiku style" verses charting the way of a soul in the world and (in particular) through relationships with nature and with each other. 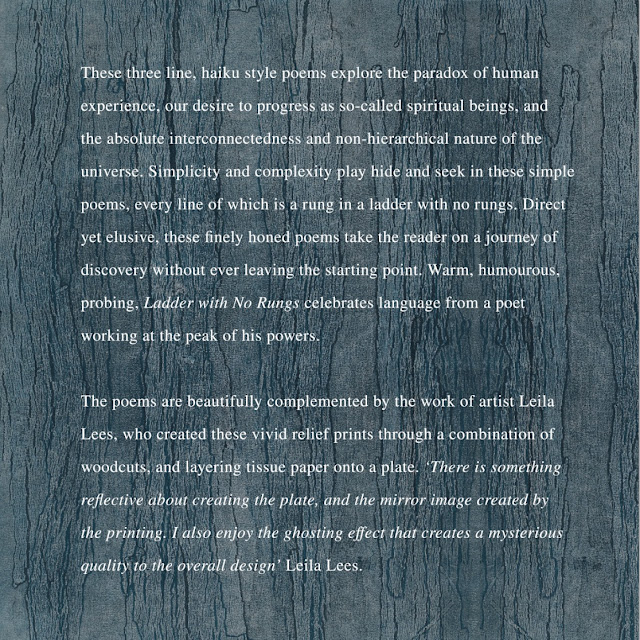 Ladder With No Rungs: Blurb

Leila Lees' graphic works do indeed seem like the perfect accompaniment to Mike's words. The book would be well worth having just for those, in fact. There's yet another technical innovation - albeit quite a light-hearted one - to recommend it, though. I'm referring to the final section, where lines and words surplus to the main text have been presented in a graphic extravaganza of colour and experimental form. 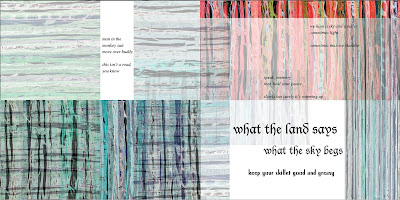 Ladder With No Rungs: Rejects (1)

What qualifies a poem as a reject? My next book of poetry, LADDER WITH NO RUNGS is in preparation, with the last section entitled REJECTS. Instead of the rejects going into the trash, I suggested to Daniela Gast, our book designer, that she 'mangle them up' in contrast to the rest of the book. Like you'd screw up a piece of paper. And what a wonderful result she achieved. So these are my words, suitably mangled, Leila Lees' art work, suitably mangled, and the work of Daniela, Mangler in Chief. Enjoy! 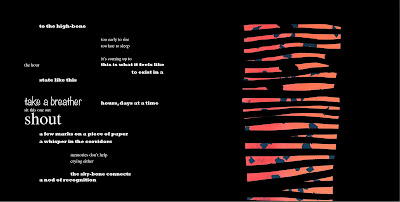 Ladder With No Rungs: Rejects (2)

I hope that everyone who's able to attend has a wonderful time. I'm sure they will. Though I can't be there in person, I'll certainly be lifting a glass to Mike and Leila in spirit. This is probably the most delightful books of poems I've read this year - moreover, it's a truly collaborative work between artist, designer and poet, something much rarer than it should be.

Lasavia Publishing is quitting the year 2019 in style. Bring on 2020, and the bumper crop of new books it no doubt has in store for us! 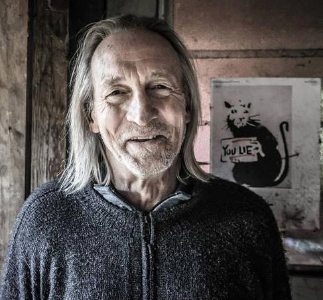 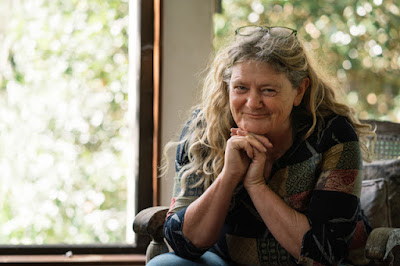 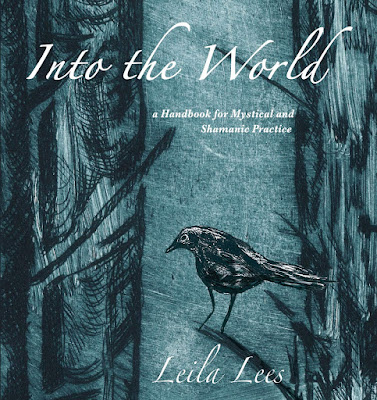 Leila Lees: Into the World: A Handbook for Mystical and Shamanic Practice (2019)

This book looks good and the art work. The rejects thing is the kind of thing I like of course. I must get those Chinese (translations?) by Mike and I need to read his Lear which you commented on once...I like the play (tragic and dark as it is).

But this looks interesting also. Some writers have no trouble moving between the modes of prose and poetry. I don;t really see them as such different modes, the difference is on what is intended etc by the author.