Strange Stories from a Chinese Studio 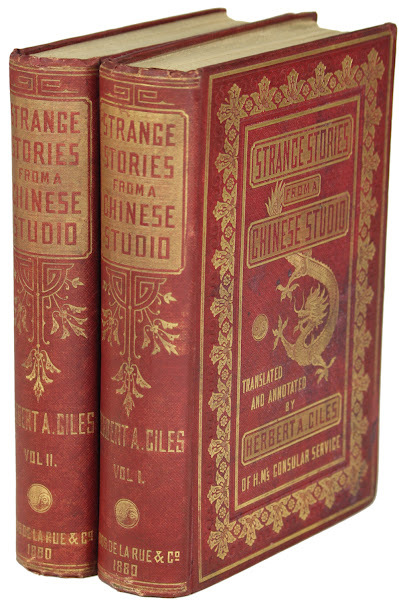 Herbert A. Giles, trans. Strange Stories from a Chinese Studio (1880)


I remember, back in the 1980s, trotting off one day to my regular haunt the Edinburgh Filmhouse to see a film called A Chinese Ghost Story. 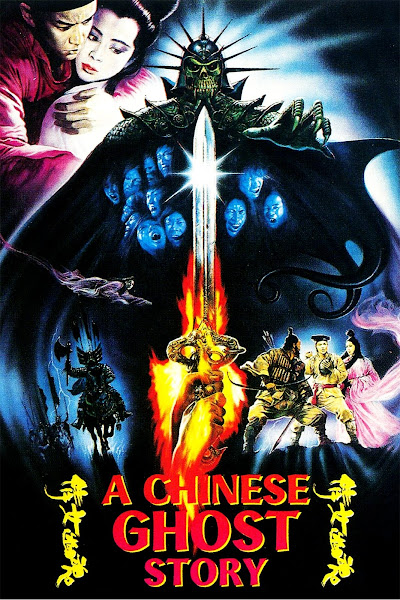 
It wasn't the only Chinese film I saw at that time. They seemed to be distinguished by an irrepressible energy and humour. I saw Peking Opera Blues (1986), with its cross-dressing heroine and its gender-fluid cast of 1920s 'decadents' (I remember one scene where they expressed their disdain for convention by pouring champagne all over the record player blasting out jazz to shield their revels!). I found out later that it's one of Quentin Tarantino's favourite films. 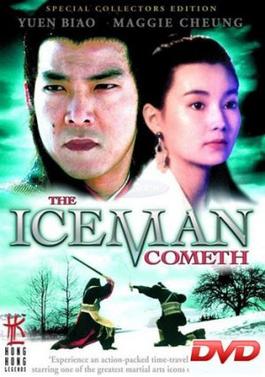 
I also remember seeing a Hong Kong movie called The Iceman Cometh (1989), which had some very amusing scenes where an ultra-modern young lady puts an ancient frozen warrior in his proper place of obedience to her every whim.

I wouldn't say A Chinese Ghost Story displayed much more authenticity than the other two mentioned above, but it was certainly their equal in entertainment value. I did vaguely notice that the screenplay was based on a genuine ghost story, but at the time I knew little of Pu Songling or his celebrated 18th-century compilation of such stories, translated as Strange Stories from a Chinese Studio by sinologist Herbert Giles in the late nineteenth century. 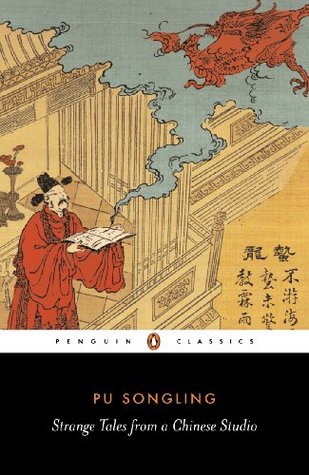 
In fact, it wasn't until I bought a copy of John Minford's new version of selected stories from Pu Songling's collection that I began to realised just what a treasure I'd missed! Minford is perhaps best known for his completion of the Penguin Classics translation of Cao Xueqin's great novel The Story of the Stone, begun by his former teacher (and father-in-law) David Hawkes. 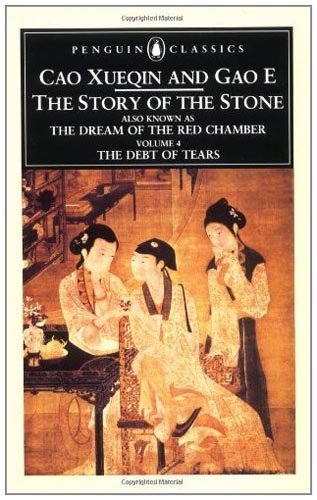 Cao Xueqin. The Story of the Stone (Also Known as The Dream of the Red Chamber): A Chinese Novel by Cao Xueqin in Five Volumes, edited by Gao E. Vol. 4: The Debt of Tears. Trans. John Minford. Penguin Classics. Harmondsworth: Penguin, 1982.

Cao Xueqin. The Story of the Stone (Also Known as The Dream of the Red Chamber): A Chinese Novel by Cao Xueqin in Five Volumes, edited by Gao E. Vol. 5: The Dreamer Wakes. Trans. John Minford. Penguin Classics. Harmondsworth: Penguin, 1986.

The intention behind Minford's Penguin Classics version of Pu Songling's Strange Tales is to restore its original frankness and variety, a feature obscured by the "limitations of the taste of [Giles's] time, which dictated what he thought he could permissibly do":

I had originally determined to publish a full and complete translation of the whole ... but on a closer acquaintance many of the stories turned out to be quite unsuitable for the age in which we live, forcibly recalling the coarseness of our own writers of fiction in the eighteenth century.
[Giles, quoted by Minford, p.xxxii]

Minford, by contrast, is fascinated by the "intensity and richness" of the collection:

In fact, so great an emphasis does Minford place on this aspect of Pu's compilation, that it can come as a bit of a relief to turn to the staider pages of Giles's own selection. 
Towards the end of the eighteenth century, famed Chinese poet Yuan Mei published his own collection of ghost stories and strange happenings. His original title for the book was "Censored by Confucius" (though he subsequently changed it to "New Wonder Tales" when he discovered that name had already been used by a 14th-century Yuan dynasty writer). The reference is to a passage in the Analects, where it is said of Confucius: 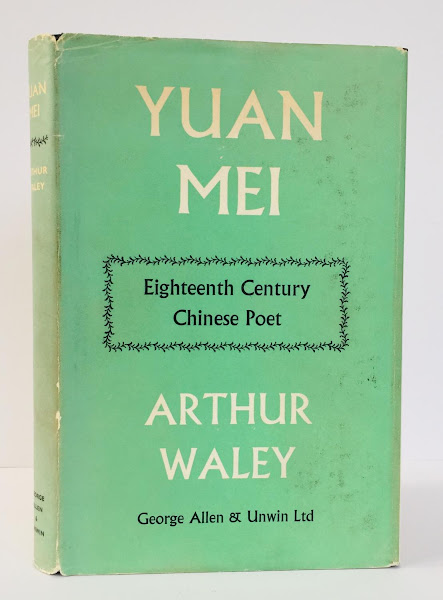 The implication is, of course, that anecdotes about such subjects are irrelevant and even harmful to the well-ordered Confucian individual. Yuan Mei, by contrast, an addict of such "perverse, depraved, obscene and licentious ideas," as his contemporary Zhang Xuechen described them, felt thoroughly at home in such regions. As he remarks in one of his "Seven Poems on Aging":

Talk of books - why they please or fail to please -
Or of ghosts and marvels, no matter how far-fetched,
These are excesses in which, should he feel inclined,
A man of seventy-odd may well indulge.
[quoted in Louie & Edwards, p. xxiv]

And certainly the above selection from Yuan Mei's collection, published in English in 1996, contains the same basic medley of fox-spirits, ghosts, and other Fortean phenomena as Pu Songling's. It does appear (to me, at least) to lack some of the latter's complexity and charm, however, though that could easily be a result of the choice of stories. Yuan Mei was, after all, one of the greatest poets and writers of his age, and there were 747 stories in the original collection, of which only 100 have been presented here. 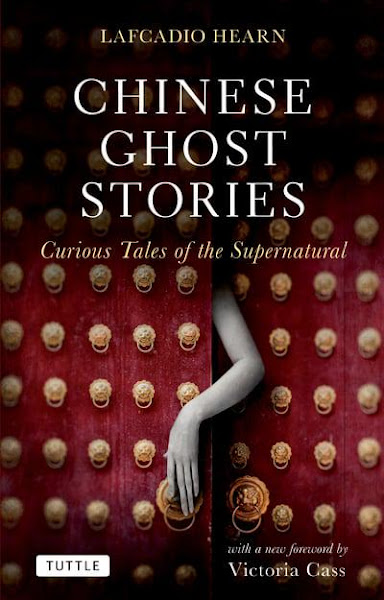 Finally, last but not least, I'd like to say a few words about the collection above, one of many adaptation / translations put together by Irish-Greek-American writer Lafcadio Hearn. Hearn is, of course, far more famous for the numerous works he published about his adopted country, Japan.

This early book, written while he was still living in New Orleans, was largely cribbed from the publications of French travellers, though it's possible that it may have been influenced by Giles's Strange Tales as well. Certainly it seems more redolent of fin-de-siècle Chinoiserie than what we might regard as more authentic folklore.

Hearn was, after all, a decadent, and if it were not for the continued vogue that his books retain among contemporary Japanese readers, he'd probably be largely forgotten now. In any case, if - like me - you're fascinated by tales of "ghosts and marvels, no matter how far-fetched", I thoroughly recommend these three collections of Chinese ghost stories.

There can be a certain monotony in any ghost story tradition, whether it features Ouija boards and clanking chains or - as in this case - fox-spirits and earth-bound ghosts. The solution seems to be to mix it up. And certainly, when A Chinese Ghost Story opened an unexpected door into strangeness for me all those years ago, I had no idea where it might end up taking me. 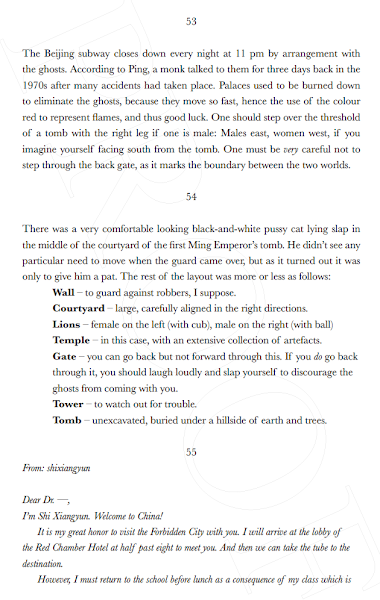 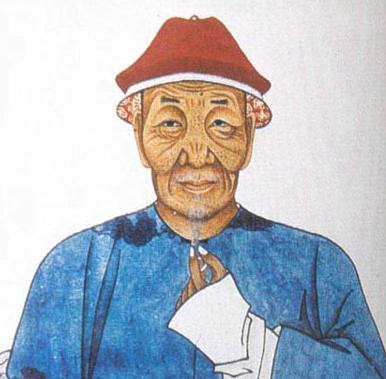 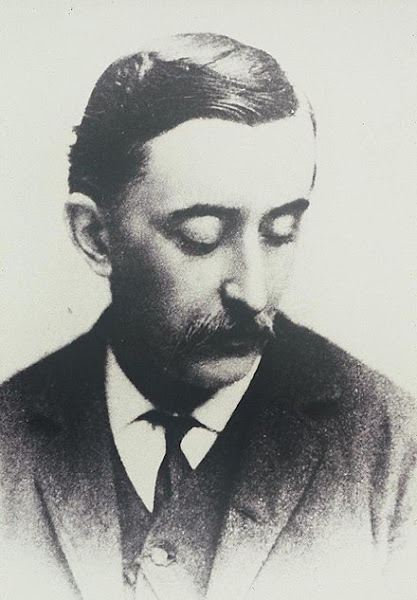 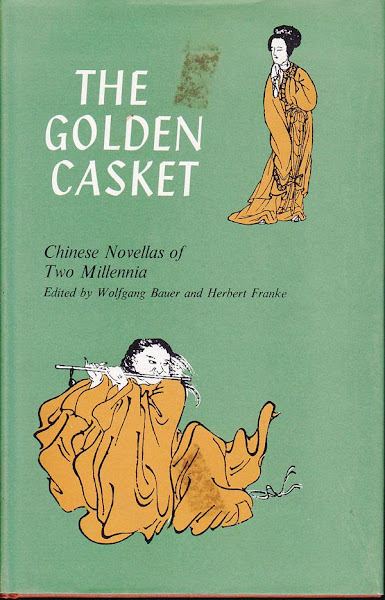 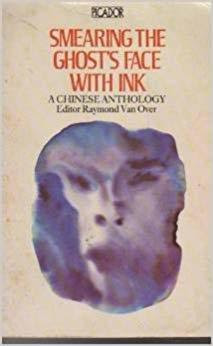 Raymond Van Over: Smearing the Ghost’s Face with Ink (1973)