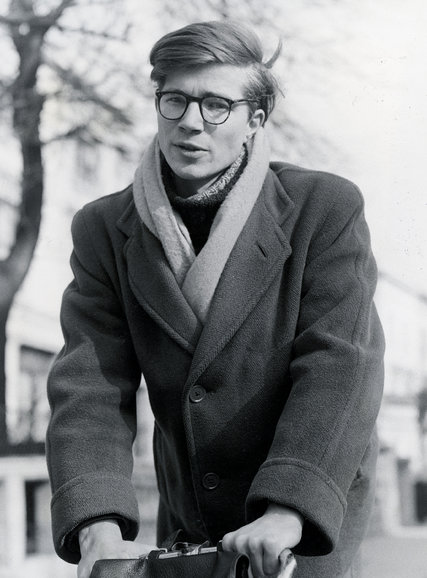 
I used to feel a bit ashamed of reading books by Colin Wilson. They definitely fall into the 'guilty pleasures' category. As you can see from the list below, I collected his fiction fairly assiduously up until the end of the 1970s, but then let the habit lapse.

The first one I encountered - and it's still my favourite - was The Mind Parasites (along with, to a slightly lesser extent, its successors The Return of the Lloigor and The Philosopher's Stone).

I'm not quite sure why I liked it so much at the time. True, it was full of bookish information, and ended with one of those characteristic Campbell-era Sci-fi Man-plus resolutions, but there was an unmistakable zest about it. 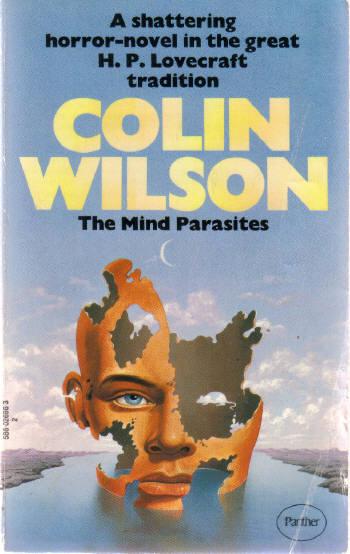 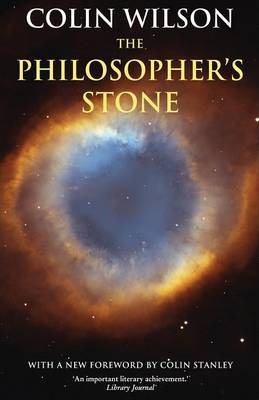 
Already, though, I could see some of the features of Wilsonian fiction in general: the weird lack of affect, of any attempt to convey an atmosphere of reality - an atmosphere of anything, really, except people reading books and meeting other people to plan meeting more people to talk about the books and the ideas in them.

One might charitably call it Shavian, after one of his greatest influences, George Bernard Shaw. He too, eschews stylistic and tonal effects in favour of raw ratiocination. 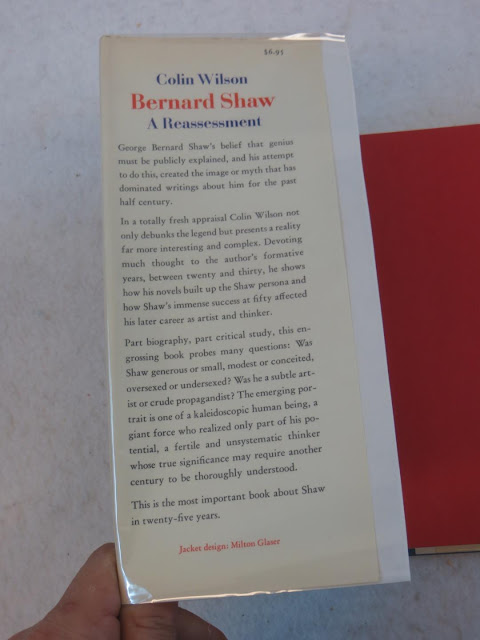 
The thing about Shaw, though, is that he makes difficult ideas sound simple. He has a lot of sensible things to say about a great many features of the world around him. Colin Wilson really only has one idea, dished up again and again in slightly different forms.

That idea is (in its simplest form) that we don't use our brains to the uttermost - that if there were some way in which we could protract and/or artificially induce what psychologist Abraham Maslow called "peak experiences," then mankind could be transformed.

Now whether or not this is a good idea is beside the point. Maslow denied the possibility that the euphoria of peak experiences could be brought on in such a way, but Wilson was convinced that he was wrong. Most of his - very extensive - work on the occult was concerned with whether or not certain mystics and clairvoyants had succeeded in doing so.

His interest in H. P. Lovecraft was mainly to denounce him as an enemy of this "positive" vision of life. That is, until he started writing Lovecraftian fiction himself, after which he used the mechanics of the Cthulhu Mythos to promote the idea of - guess what? - peak experiences, only by now he'd started calling them "faculty x." 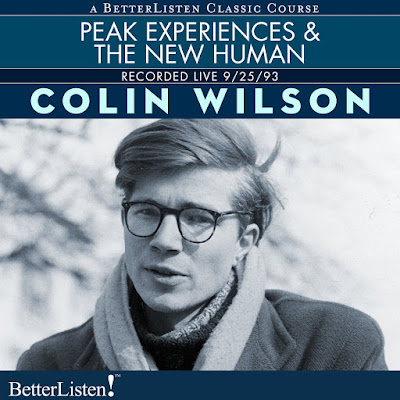 
Wilson was an appallingly prolific writer. There were, no doubt, many reasons for this: the need to make a living on book advances must have constituted a considerable temptation to pitch an endless series of books to his publishers (many of them thinly disguised re-hashes of what had gone before). 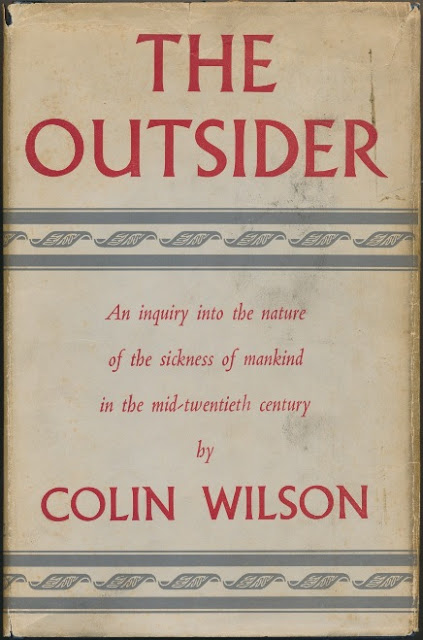 
In critical terms, however, this is what doomed him to the literary fringes. The reviewers who'd hailed his first work The Outsider (1956) as an amazing piece of cultural insight, written by a 24-year-old working-class genius, were somewhat disconcerted to see Religion and the Rebel come thumping down the book-chute the very next year. They began to suspect they'd been had.

In reality, of course, The Outsider was not nearly as original and ground-breaking as they'd thought. It's a sign of the shallowness of British book culture of the time that names such as Dostoyevsky and Hamsun and Rilke, mentioned by a man who'd clearly actually read them, seemed unduly impressive to a great many of these half-educated bigmouths. But then, its successors weren't nearly as bad as they claimed either.

Wilson's first six books, known collectively as "The Outsider Cycle": Religion and the Rebel (1957), The Age of Defeat (1959), The Strength to Dream (1962), Origins of the Sexual Impulse (1963), Beyond the Outsider (1965) and the summary volume Introduction to the New Existentialism (1966) may sound a bit monotonous at times, but they did introduce readers to one of his most considerable virtues: the ability to summarize other people's books and ideas clearly and interestingly - albeit at great length.

You may see this as a journalistic rather than a strictly writerly skill - but it does explain why even Wilson's more reluctant fans (such as myself) are prepared to lend shelf room to so many of his tomes.

Speaking personally, I could give a shit about 'faculty x'. None of the stuff he says about it seems to me to make it sound more than an agreeable fairy tale. He always cranks round to it sooner or later, though - except, perhaps, in some of his later, more unabashedly commercial, compilations, such as the 1991 Mammoth Book of the Supernatural, 'edited' by his son Damon Wilson, who also co-wrote a number of these late works. That particular tome, despite its considerable size, didn't even make it to the (admittedly rather flawed) listings on Wikpedia's Colin Wilson Bibliography page). 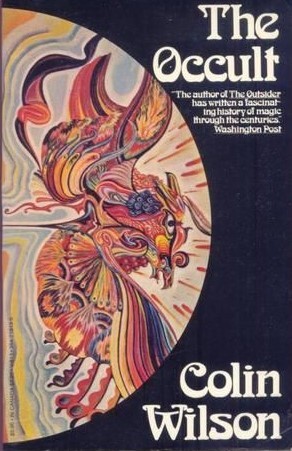 
His bestselling book The Occult (1971) and its sequels Mysteries (1978) and Beyond the Occult (1988), as well the host of others on telemetry, past lives, poltergeists, After-death experiences, etc. etc. consist mainly of retellings of classic ghost stories and other strange happenings. That's why they're so very entertaining to read. 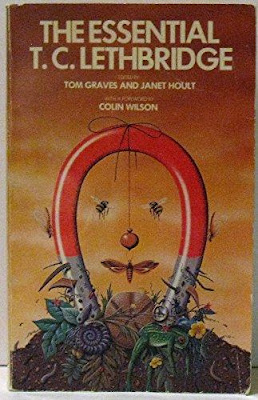 
If you've tried the experiment of going from Wilson's version to the actual published work it was based on (as I have in the case of T. C. Lethbridge), you find just how grossly he simplifies, and how blatantly he bends their insights to fit in with his vision of a 'faculty x' dominated universe. This is bad. 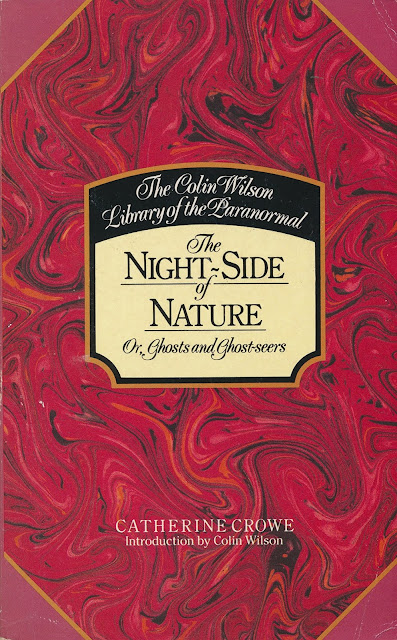 Catherine Crowe: The Night-Side of Nature (1848)


On the other hand, however, I would probably never have encountered T. C. Lethbridge, or Catherine Crowe, or Atlantis theorist Rand Flem-Ath, or a host of other fascinating people and writers without the nudge given me by Colin Wilson's many, many works of summary and synthesis. It may not make him a great mind, but it certainly makes him a benefactor of a sort. 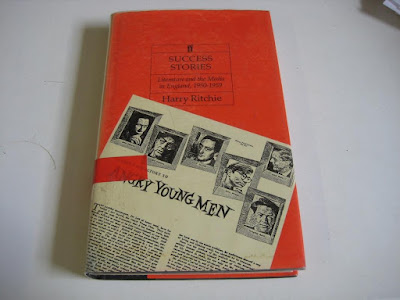 
Of course, there will always be mockers and scoffers who see Colin Wilson as a bit of a fraud or even (what's worse) a joke. If you'd like to read the case for the prosecution, I do recommend the very amusing chapter on Wilson and his acolytes (principally novelist Bill Hopkins and pop philosopher Stuart Holroyd) in Harry Ritchie's 1988 book Success Stories: Literature and the Media in England, 1950-1959 (conveniently summarised in this 2006 article):

[When he] handed his journals over to the Daily Mail [in December 1956] ... Wilson's private thoughts made for juicy copy. "The day must come when I am hailed as a major prophet," was one quote. "I must live on, longer than anyone else has ever lived ... to be eventually Plato's ideal sage and king ..."

Harry Ritchie is okay in my book. I met him once in a pub, and he insisted on shaking me by the hand when he discovered that I was the only other human being he'd ever met who'd actually heard of, let along read Kingsley Amis's first book of poems Bright November (1947). I'm not sure if I dared to admit to him that I actually had a xeroxed copy of the book shelved with all my other Amis-iana at home in New Zealand ...

Is Ritchie right about Wilson? Objectively, I fear he may well be. But that doesn't really account for the fact that I've had so much pleasure reading about obscure supernatural events in the endless pages of Wilson's stream-of-consciousness reading-notebooks-in-the-form-of-individually-titled-volumes. As one of G. K. Chesterton's characters once remarked (in his first novel The Napoleon of Notting Hill):

Next to authentic goodness in a book ... we desire a rich badness.

Wilson may be, in many ways, a bad writer, but it is a rich badness - and, really, who, even (I was about to write 'especially') among geniuses, isn't a bad writer at times?

So here it is, then, in all its glory, my own private library of Colin Wilsoniana. You'll note that it even includes a few of his many books on murder and serial killers, but that aspect of his interests I don't share at all. It's the occult and paranormal investigation stuff that really fascinates me: 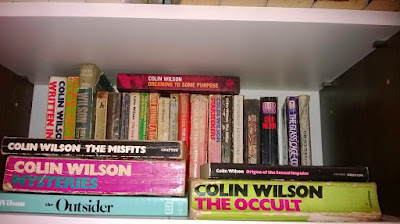 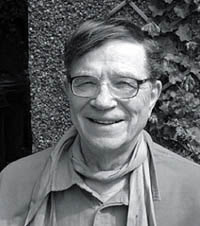 I reviewed Vaughan Rapatahana's book 'TOA' which I thought was very good. He has put out a few more since then. He did a degree in lit. and philosophy and his PhD (or MA?) was on Colin Wilson, which he persuaded Roger Horrocks to let him do as his supervisor. I had and have never read anything by him. I have some books by him but not read. I knew of 'The Outsider'. Vaughan might he interested in your views on Wilson and your interest in him.

After going over a handful of the blog posts on your website,
I honestly appreciate your technique of blogging.
I added it to my bookmark webpage list and will be checking
back soon. Please visit my web site as well and tell me your opinion.