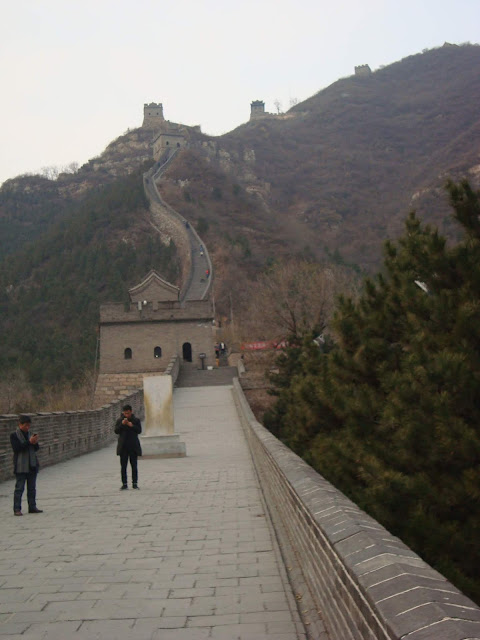 
I had two lectures to give: one on the Wednesday after I arrived, the other on the Wednesday I left. For the most part, the time in-between was free for sightseeing or "Academic exchange" (i.e. talking to colleagues about this and that).

I found that the one thing I was determined to do was to see the Great Wall. Admittedly there's a lot of it to be seen, but just one of the sections open to tourists would be enough for me. I've dreamed for so long of walking along it, from fort to fort. 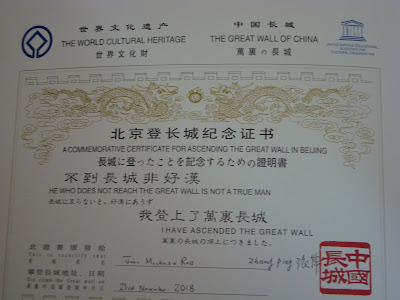 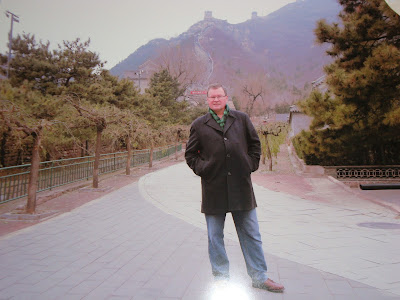 
Apparently there's a Chinese proverb that claims that "He who does not reach the Great Wall is not a true man." So, yes, I'm afraid that I did fork out for a certificate to that effect, counter-signed by my guide Zhang Ping, together with an "official" photo of the event (which looks a bit better in its original frame, without the camera flash at the bottom. 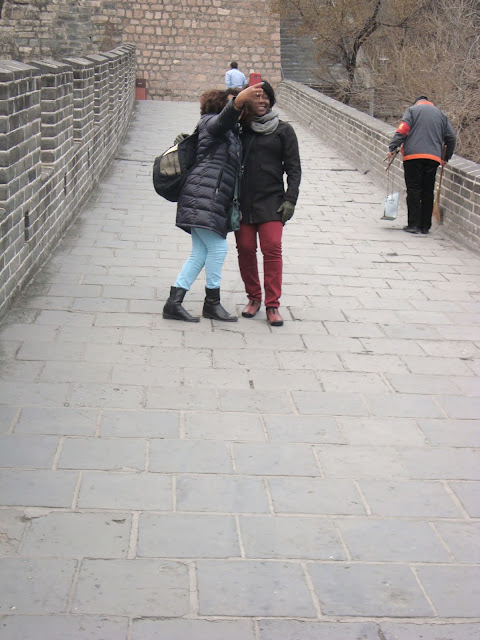 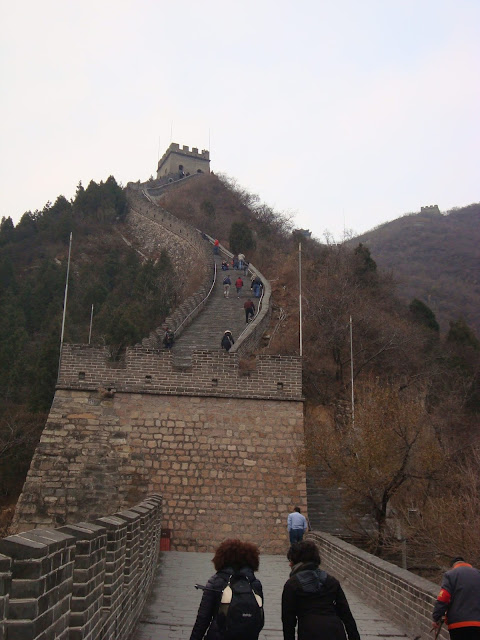 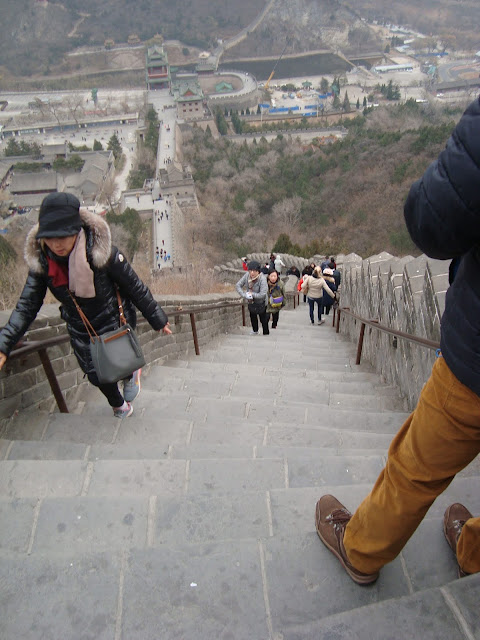 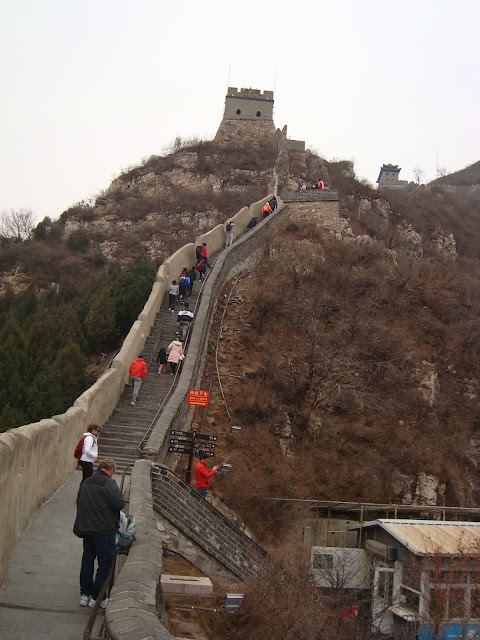 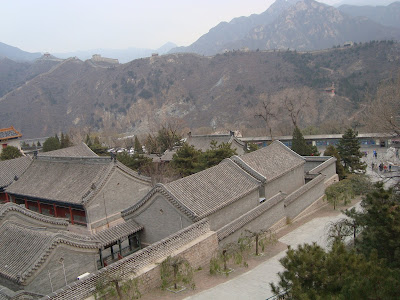 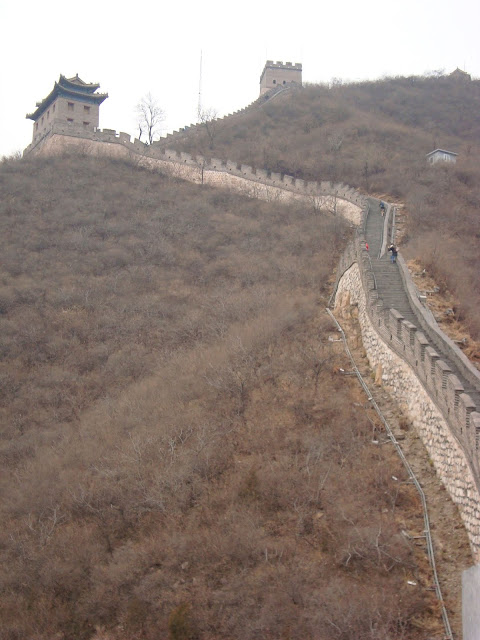 
It was rather a foggy day, as you can see from the greyness of many of the pictures, but given my general lack of fitness, that might have been just as well. I was certainly sweating after scaling some of these slopes! 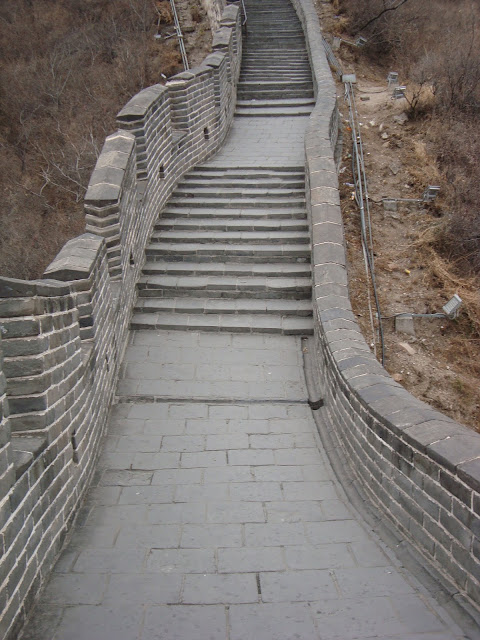 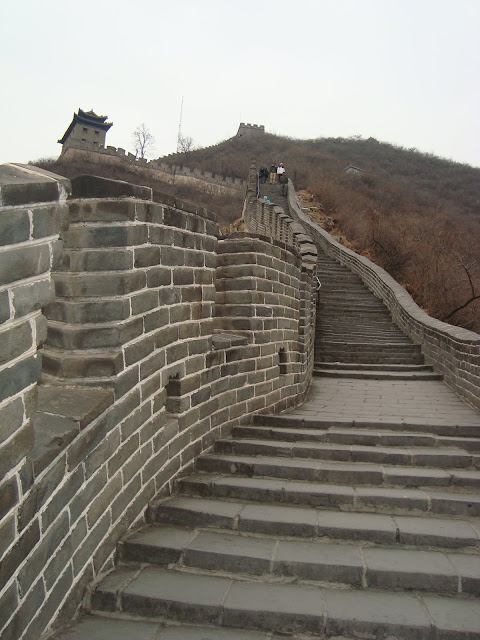 it soon gets steep again 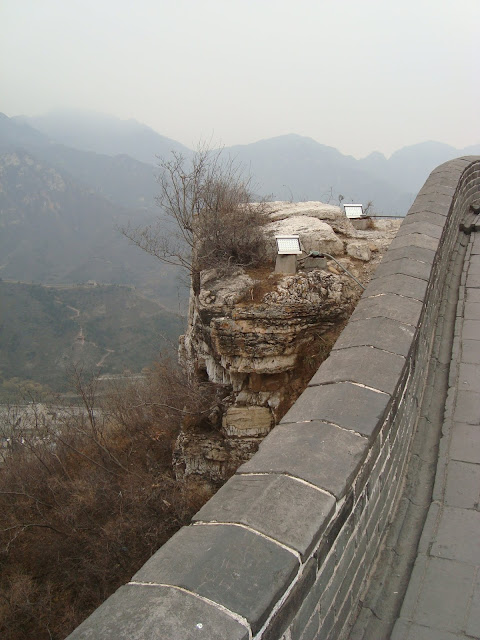 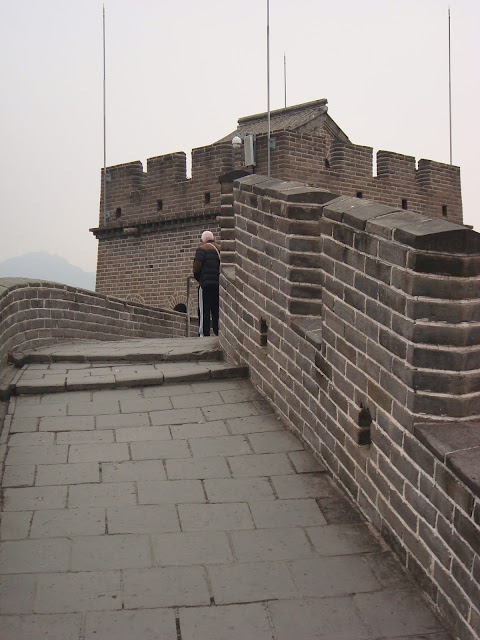 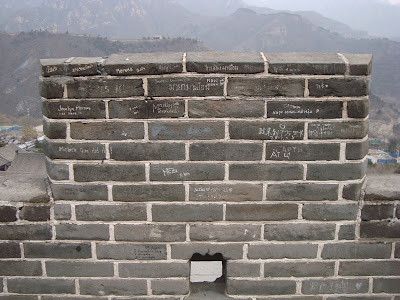 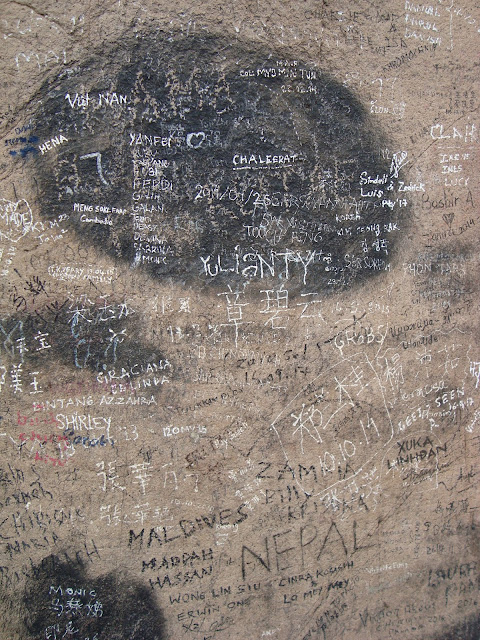 
There's a lot of graffiti written up here and there, despite all the signs warning you of dire penalties if you disrespect the rules. There are a lot of them: 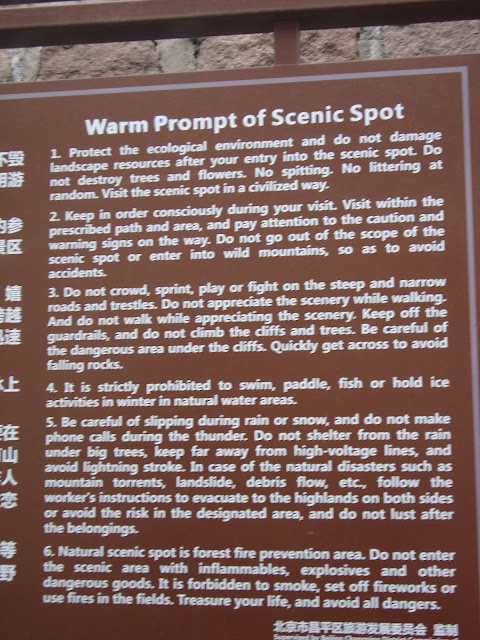 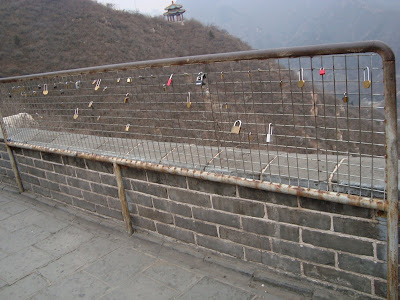 
I presume these padlocks are left here by couples as proofs of eternal fidelity, just like the ones on the Pont Neuf in Paris. 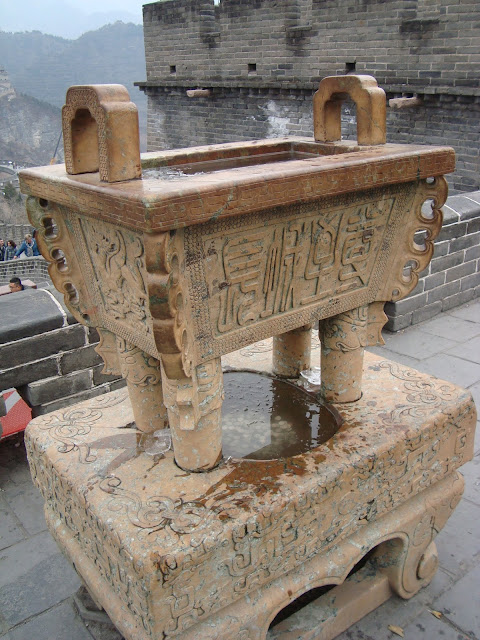 
I'm afraid I couldn't resist adding a New Zealand twenty-cent piece to the ones in this little wishing pool. Hopefully it will bring me good luck.

A long time back - twenty years ago, in fact - I wrote a poem called "Journey to the West," inspired by repeated readings of the four classic Chinese novels: The Three Kingdoms, The Water Margin, Journey to the West, and The Red Chamber Dream.

The last part of that poem runs as follows. It seems appropriate, somehow: 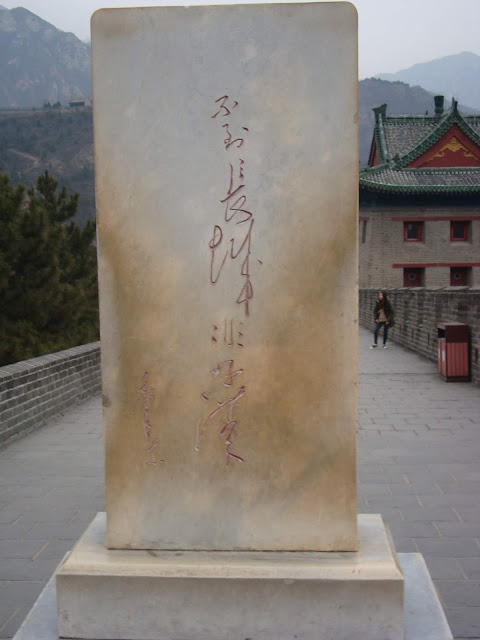 Fascinating. The wall is bigger than I imagined. I like your poem here. I think your poems at best are your best writing and you read them very well on that CD you did. I think you were among the best of the readers on that.

Not all your writing of course but zooming in to certain or your prose and certain of those poems - old or new - they are compressed. I am think e.g. about the one where you visit the old prison in ...Australia wherever they had those awful prisons..

But the images of your trip are very interesting.

Thanks, Richard, for what you say about my reading on those CDs. I appreciate it. I certainly hope that's true, because poetry is the thing that means most to me.

I don't know if I ever told you that I firmly expect to be mentioned to posterity solely in some footnote to a future biography of yourself: that Blake-like figure who will dominate all future views of New Zealand poetry!

Thanks Jack. Of course I jested (about myself). I wondered if Gu Cheng might be a touchy subject. Liang's book after his Crocodiles etc has some great poems. He is writing in English here though I believe (now). Re footnotes... Once gone, gone. So such things matter not. But it is strange how posterity deals with poets.

I often wonder if everything I have done is cobblers. Amusing cobblers, but perhaps dubious...!

But I went to the launch of Jamie Trower's book 'A Sign of Light'. I read it right through reading each poem a few times. He is very talented and he has an extraordinary original way of using words. So if it turns up I would like to review it (unless that has been sorted). I will do one myself somewhere...

Well, I hope all goes well in China with your course etc