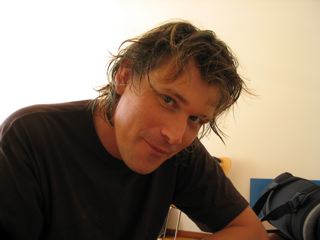 Well, there are a couple of reasons for putting up this post.

The first is to publicise the screening, on Saturday 2nd December, of Gabriel White's new film Aucklantis (you can read my review of the parts I'd then seen here.) Full details of the screening can be found on his website here, but I'll just mention that it's at 3 pm, in lecture theatre WE240, AUT, Auckland (signs around St. Paul Street will direct you).

The second is to mention Gabriel's set of digital essays "The ABC of XY and Z," which are also now available on his website. Modesty forbids me from saying too much about these pieces, since the first, "Planet Atlantis" is an analysis of my novel The Imaginary Museum of Atlantis. The second, however, "Music Word Fire" (much longer) concerns the work of the composer Robert Ashley, and the third, "The Avoriginal" gives an account of Gabriel's own practice as a filmmaker. I'd certainly recommend giving them a look, especially (but certainly not exclusively) if you're thinking of coming along to the screening.

Further reports on that later ...
Posted by Dr Jack Ross at 8:41 am No comments: