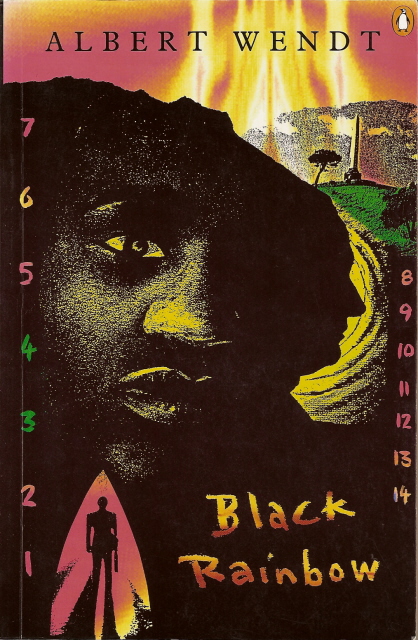 
Black Rainbow is a difficult book to characterise. It moves like a thriller: first-person narration of reckless escapes and knife fights with a variety of opponents, carefully and craftily borrowed from other fictions - 'Sister Honey' from Janet Frame's Faces in the Water, 'Big Nurse' from Ken Kesey's One Flew Over the Cuckoo's Nest, Maneco Uriarte from Jorge Luis Borges' Gaucho-esque story 'The Meeting' ...

There's an almost manic lack of consistency about its tone, however: no po-faced hard-boiled intensity can survive exchanges like the one quoted above, where the speakers move from portentous invocations of whakapapa to quotations from ad jingles.

So what's it all about? On the one hand, it's about the erasure of history: the losses (and gains) we achieve by simply writing off the past:


Histories can be erased, I remembered the Tribunal telling me. Erased and replaced with histories that please us. [65]

The narrator has been through just such a process of recalling his entire past in order to tape over it at the beginning of the story. He 'graduates' from this process as a free citizen, with a certificate of entitlement to all the state's resources: money, food, accommodation, and the sole remaining mission of tracking down his own family to save them from the strangely motiveless enemies listed above.

'Symbolic much?' to quote a Buffy-ism. Undoubtedly. 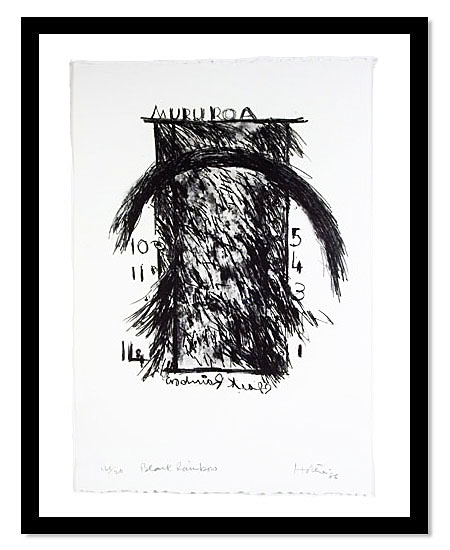 Like the people of Maungakiekie, the Waikato tribes had been turned into grass and meat. History is madness, the Tribunal has prescribed. So I silenced the Hotere clock, pushed down on the accelerator, and sped away from history. [36-37]

It isn't entirely clear just which of the various Hotere 'Black Rainbow' etchings the novel is intended to have as its centre, but probably it's the one above. Certainly it has all the characteristics Wendt describes:


I looked at it closely. Recognised the thick black arch to be the rainbow. But the numbers, 1 to 14, on either side of the upsurging cloud? The countdown to what? [10]

There's an important scene a few pages later where the narrator's wife shows the picture to the city and the city to the picture, as she circles the Memorial to the Māori race on top of Maungakiekie - or One Tree Hill, as we persist in calling it. 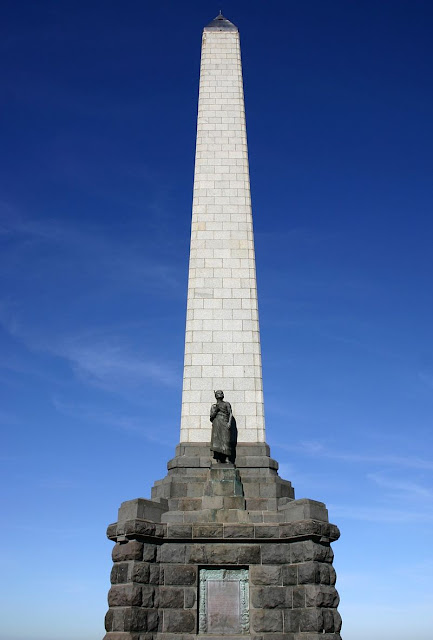 One Tree Hill Memorial (1948):
"This monument was erected in accordance with the will of the late SIR JOHN LOGAN CAMPBELL, Kt, who visualized and desired that a towering obelisk should be erected on this site the summit of Maungakiekie as a permanent record of his admiration for the achievements and character of the great Maori people."

'Once all this and that city was forest,' she said. She gripped the lithograph with both hands.
As she circled the memorial, she held the lithograph out in front of her, like an icon. In it the sky and the full swing of the city were caught. Every shade, shape, light, twist, change and impermanency of them. Reflected there for a time and then lost as she circled.
Was she reinvesting everything with mana? Warding off evil spirits? Or what?
... As the sun rose the lithograph's clock of doom recorded its rising. [18]

As I raced the river through the gap. I thought the hills were straight out of an early Colin McCahon painting. Strange how we see reality through art and the other cultural baggage we carry ...
I hid the Cheever [which he rented under the name 'Elmore Leonard'] in the bush by the river and crossed the hills on foot ... [65]

The allusiveness (both local and international) may require a bit of unpacking at times, but the important thing to note about it is that - as a whole - it constitutes a concerted refusal to stand on your dignity - a deliberate decision not to write in a magisterial monotone, but instead in a punning, Rabelaisian, Carnivalesque mixture of irreconcilable genres. 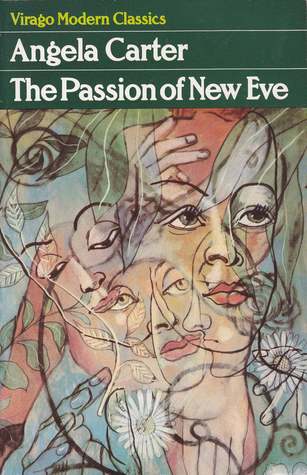 At times it recalls the later works of Angela Carter: The Passion of New Eve, or The Infernal Desire Machines of Doctor Hoffman (1972). There's something of Hermann Hesse's Steppenwolf in there, too: the magic theatre, in particular - and the 'Treatise on the Steppenwolf.' 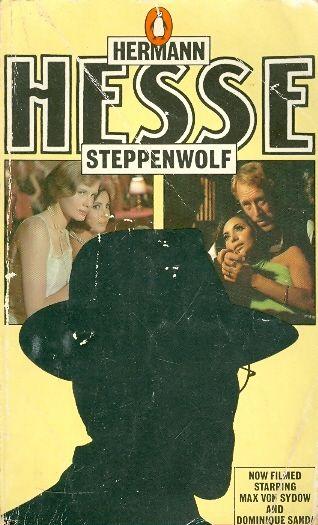 The treeless streets were canyons through which the wind funnelled. In summer the canyons were oppressively hot because the buildings emptied the motors of their airconditioning into them. It was said the streets, shops, malls and apartments were modelled on some of the President's favourite films: Blade Runner, Star Trek and Who Framed Roger Rabbit?, some of my favourite films too. [69]

Mentioning Steppenwolf brings in the strong film element in Wendt's novel, too. I think by now that it's apparent that nobody writing about - or even just during - the age of rampant neo-liberalism in New Zealand could avoid making allusions to Blade Runner. 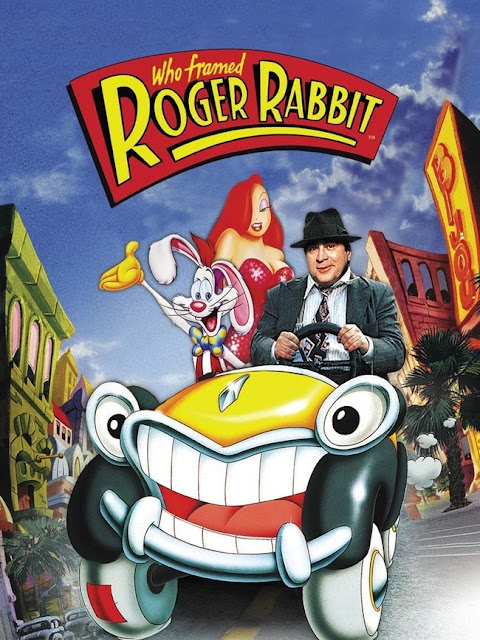 The Toon-town of Who Framed Roger Rabbit? is probably closer to the tone and setting of at least the central sections of Wendt's novel, with its Arabian-Nights-like stories within stories, and characters folding into other characters.

And yet, for all its postmodern, pop-culture exuberance, the central concern of Black Rainbow is never seriously in doubt. Its concern with the erasure of history is, in the final analysis, a refusal to accept the erasure of race. Even in his reincarnation as an unobtrusive bank clerk, the protagonist is never allowed to forget his own difference:


Her hair, the wave and curl of it, that trapped the light and made it look as if it was growing. Then after the dessert of nashis and cream, her remark: 'You're brown too.' And I noticed, for the first time, that she was brown. And so was I. [193] 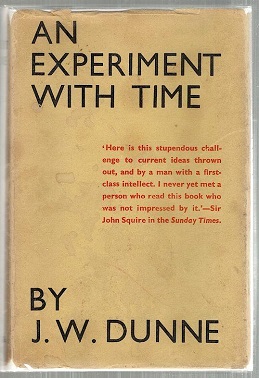 According to Dunne, our wakeful attention prevents us from seeing beyond the present moment, whilst when dreaming that attention fades and we gain the ability to recall more of our timeline. This allows fragments of our future to appear in pre-cognitive dreams, mixed in with fragments or memories of our past. Other consequences include the phenomenon known as deja vu and the existence of life after death.

As a teenage, I took an almost obsessive delight in reading and re-reading J. W. Dunne's book An Experiment with Time. Not so much the technical passages, where he attempts somewhat clumsily to reconcile his ideas of 'serial time' with Einstein's theory of relativity, as the central section, where he records a whole series of dreams as 'proof' that the sleeping mind can somehow step outside linear time, sample as freely from the future as from the past.

All that is needed to prove the point, he claims, is a pad and pencil kept beside your bed. The moment you awake, you must write down everything you can remember of your dreams, before they dissipate. Keeping your eyes closed till you've managed to recall those few sensory details that remain of them will have the consequence of bringing back at least a few of the events (or even just the atmosphere) of the narrative you've just been experiencing - not ever, really, in all of its depth and complexity, but in part, at any rate.

After you've done this for some months, the results should be scrutinised and analysed as bits of lived experience jumbled into the dream story - but also little nagging pieces of apparent déjà vu and anticipation of what was (then) still to come: not so much in detail as in their raw outlines. 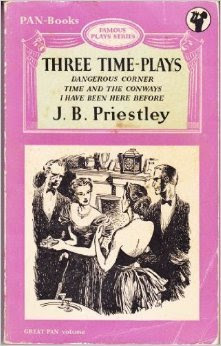 I doubt that any professional psychologists or dream-specialists (Oneirologists?) have ever really taken Dunne very seriously - let alone theoretical physicists. But writers certainly have. J. B. Priestley composed a series of 'time-plays' based directly on his reading of the book, and both J. R. R. Tolkien and C. S. Lewis cited it as an influence on their own understanding (and portrayal) of time.

I don't know if Albert Wendt has ever read the book, or is even familiar with Dunne's theories - but there's something in the jumbled, dreamlike progression of his book that recalls it to me - especially some of Dunne's more canonical dreams, the one about the volcanic eruption on a small island, for instance, or the one about the raging bull which pursues him down the hill.

'History,' says Stephen Dedalus in Ulysses, 'is a nightmare from which I am trying to awake.' The characters in Black Rainbow have been forcibly detached from James Joyces's nets of 'nationality, language, religion,' (as he puts it in A Portrait of the Artist as a Young Man), but in the process they have lost all sense of an individual identity.

Wendt's novel is a satire, finally - it offers no solutions to the problems it poses, but clowns valiantly on the edge of the abyss. Its message, however, is clear. We must beware of awakening from one nightmare - history - for fear of being plunged, willy-nilly, into another. 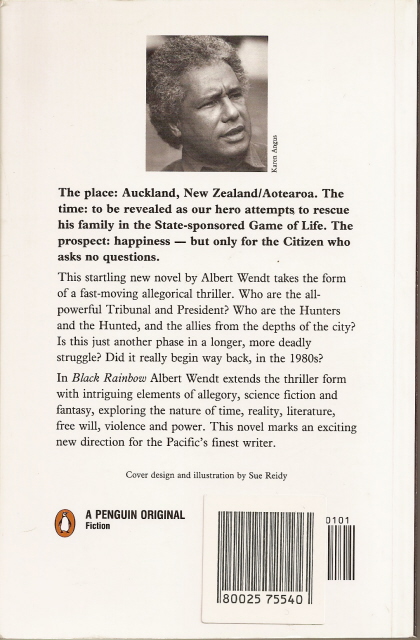 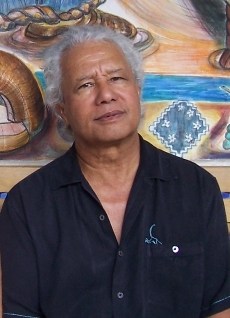 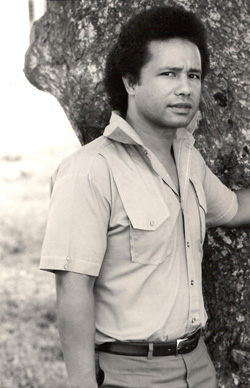 I read a book on Pacific lit. and decided to read Albert Wendt's 'Flying Fox' (stories) which as you know was a movie. It is great, brilliant stories. I have read two of Albert's novels. Also got some books by Epeli Hau'Ofa.

I have read some of the books here but not some of the authors. I am interested in the look of this post so will return...