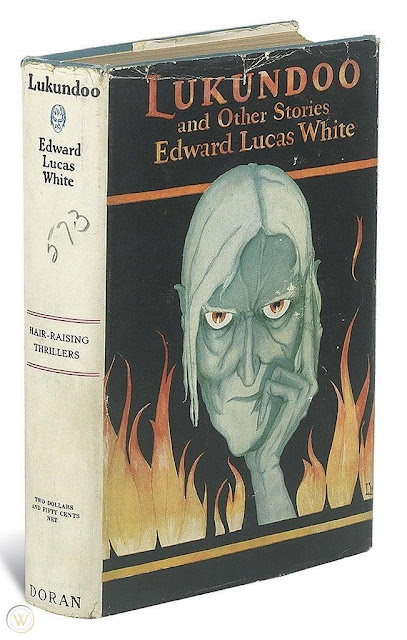 
I think that the first time I encountered one of Edward Lucas White's stories was in Bryan Netherwood's aptly named collection Terror! An Anthology of Blood-curdling Stories. The story in question was 'Amina,' and there was a matter-of-fact simplicity about it which made a deep impression on me.

To be sure, it concerns a ghoul, but she is certainly the most realistic - and, indeed, most sympathetic - bloodsucker I'd ever met. Her simple remark, 'We shall have to drink shortly, but it will be warm,' still haunts me to this day. 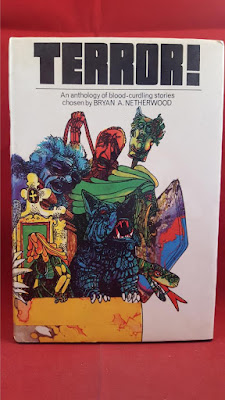 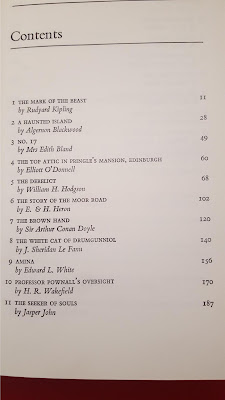 
Next came the title story in Kathleen Lines' The House of the Nightmare and Other Eerie Tales. I spent a good deal of my time as a kid reading such anthologies, most of the time coming across the same old chestnuts: H. G. Wells' 'The Red Room,' Rudyard Kipling's ' The Mark of the Beast,' Arthur Conan Doyle's 'Lot no. 249' ...

Every now and then, though, I'd find something new and exciting. There was something quite strange and original about this E. L. White's fiction - something that made it stand out from the otherwise fairly predictable ruck of Edwardian spine-chillers.

It was an experience of the same order - though certainly not of the same kind - as my first reading of H. P. Lovecraft's 'The Dunwich Horror.' I'd already read 'The Colour out of Space' (Lovecraft's personal favourite among all of his stories). That was still roughly assimilable to my own general sense of the outlines of the 'weird story, though - 'The Dunwich Horror,' and the various vicissitudes of Wilbur Whateley and his sinister kinfolk, came from another universe entirely. 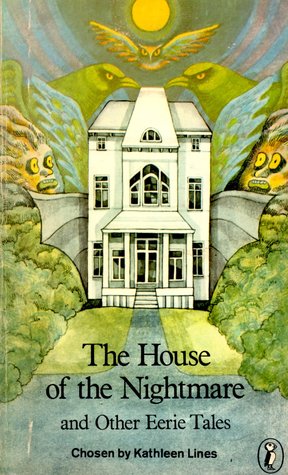 Kathleen Lines, ed. The House of the Nightmare and Other Eerie Tales (1967)


Last (but not least) I read 'Lukundoo' itself in one of the greatest of all short story anthologies, Dorothy L. Sayers' 3-part Great Short Stories of Detection, Mystery and Horror (1928-34 / reprinted in 6 volumes in 1950-51). 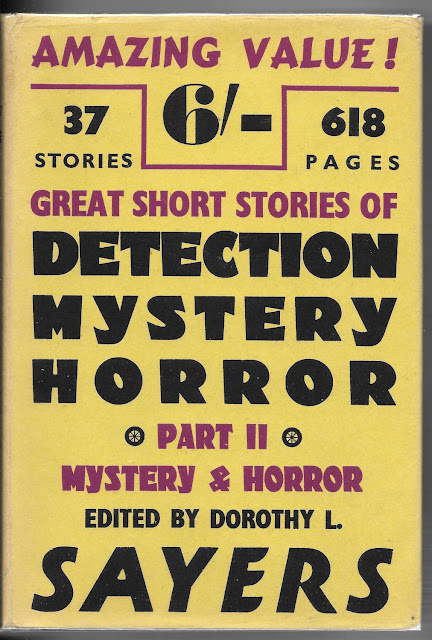 
'Lukundoo' was a trip, all right. I still have nightmares about that razor. But, of course, that was really the point. I'd gathered from carefully poring over the bio-notes in each of the collections above that White's fiction was - or at least purported to be - a simple transcript of his dreams. 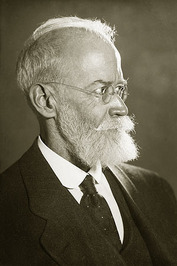 
He'd apparently had an illness during which his nightmares became particularly vivid and unpleasant, and had tried to exorcise the effect of these haunting images by writing them down as 'short stories.'

Looking at the blurb to the first edition, below, one gets the impression that this must have come as a bit of a nasty shock to his regular publishers, as well as what they refer to optimistically as 'his army of readers,' who were presumably expecting another historical novel in his more customary style:

Mr. White, best known as the author of the memorable EL SUPREMO, here shows himself master of quite another style.
Tales of mystery and horror compose the greater part of the present volume - tales that prickle the skin and curdle the blood - tales that are told with that fine art of the thriller which, opening on a subtle note of suspense, develops surely and fearfully until the heart is brought pounding to the throat and the dénouement is reached with a sense of pure relief.
Whatever the personal preferences of Mr. White's army of readers, they will find him as expert a story-teller in the realm of the weird and the fantastic as ever they found him in that of the historical novel wherein his reputation has been so firmly established.


Certainly the 'personal preferences' of the blurb writer do not seem to extend as far as the actual enjoyment of these heart-pounding dénouements, reached in each case (it would appear) 'with a sense of pure relief.'

In any case, he did not offend in the same way again. His only subsequent publications were a history book, Why Rome Fell (1927), and a memoir attesting to the happiness of his marriage, Matrimony (1932):

On March 30, 1934, seven years to the day after the death of his wife Agnes Gerry, he committed suicide by gas inhalation in the bathroom of his Baltimore home.

It's hard to convey to young readers today the sheer difference between exploring such byways of weird fiction in the 1970s and the comparative ease of doing so now, more than forty years later. The book Lukundoo was unobtainable to me. It wasn't in any of the libraries I frequented, or even had access to via interloan. In fact, it wasn't until I went to the UK to study in the mid-1980s that I began to be able to read such things.

Edinburgh, where I was studying, was the proud possessor of a copyright library. There are six of these in Britain:

In the United Kingdom, the Legal Deposit Libraries Act 2003 restates the Copyright Act 1911, that one copy of every book published there must be sent to the national library (the British Library); five other libraries (the Bodleian Library at Oxford University, the Cambridge University Library, the National Library of Scotland, the Trinity College Library, Dublin, and the National Library of Wales) are entitled to request a free copy within one year of publication.

This did not mean that the National Library of Scotland had everything contained in the British Library, but it did mean that there was a reasonably good chance of having access to most things you could think of through its stacks.

And, yes, it did have a copy of Lukundoo. Which I duly read, perched uncomfortably in the reading room there, possibly the least congenial place imaginable to pore over so strange and atmospheric a work.


Lukundoo and Other Stories (1927):
contents:
Possibly for that reason, it came as a sore disappointment to me. None of the other stories, 'weird' though they undoubtedly were, seemed to come up to the standard of the three I'd read already. They seemed too arbitrarily 'dream-like', lacking the circumstantial solidity of (especially) 'Amina' and 'Lukundoo.' 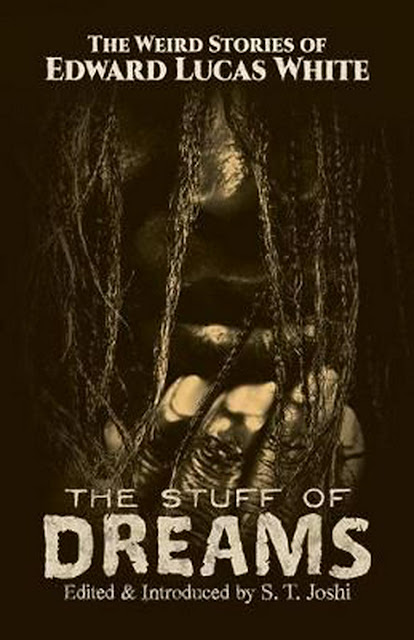 
The other day, whilst pursuing my strange quest to acquire everything substantive by (or about) H. P. Lovecraft - for more on this, see my posts here and here - I stumbled across the volume above.

So great had been my disappointment on finally getting to read White's book, that it had never really occurred to me to research him since. Now, though, for a very reasonable cost, it seemed possible to obtain most of the stories in Lukundoo together with some of the posthumous material published since. 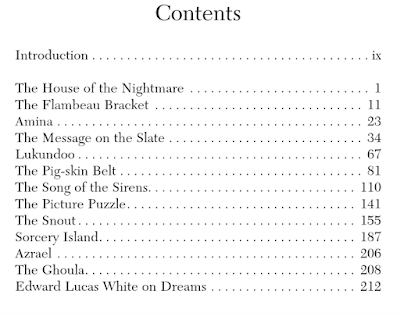 
Mind you, if I'd waited a bit longer, I might have been tempted to go as far as the book below, described on its cover as containing 'Four Novelettes: "The Snout," "The Message on the Slate," "The Song of the Sirens," & "The Fasces," Nineteen Short Stories & Two Poems of the Strange and Unusual': 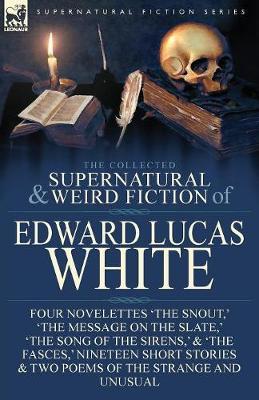 The Collected Supernatural and Weird Fiction of Edward Lucas White (2017)


That might, however, have been a step too far. In any case, I note from the Wikipedia article on him that:

During 1885 White began a utopian science fiction novel, Plus Ultra. He destroyed the first draft and started over in 1901, then worked on it for most of the rest of his life. The resulting monumental work — estimated by one critic [S. T. Joshi] at 500,000 words — remains unpublished, although a portion of it was released separately in 1920 as the novella From Behind the Stars.

This fascinating sounding work must therefore have been begun by White before the appearance of Edward Bellamy's classic Looking Backward (1888), and written over roughly the same period as Austin Tappan Wright's similarly immense Islandia (1941), which I've previously written about here.

That was the before. Here is the after. I've now received (and read) Joshi's selection of Edward Lucas White's 'weird stories', and I'm sorry to report that most of the 'extra' stories in it suffer from the excessive padding so typical of the period, and yet so conspicuously lacking in the three described above. It's almost, in fact, as if they were written by another author altogether ...

There remains, in any case, 'Lukundoo' itself. According to the blurb of the horribly garish version below:

One of Alfred Hitchcock's favorite tales, he lamented that it was a story "they wouldn't let him do on TV."

In case even that isn't alluring enough, they add helpfully: 'This is a book that goes to the heart of darkness - and beyond.' 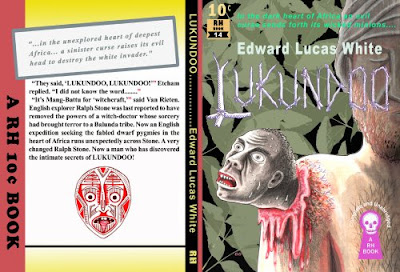