The Garnett Family (4): Richard the Third 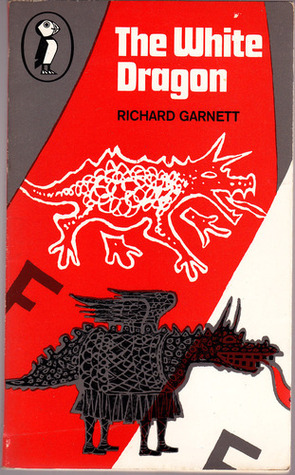 
It's strange how important reading the right children's book at just the right time can be.

I'm not sure just what impression Richard Garnett's White Dragon would have on me now if I were encountering it for the first time, but, as it turned out, it had the effect of introducing me to a whole set of fascinating topics which have interested me ever since: 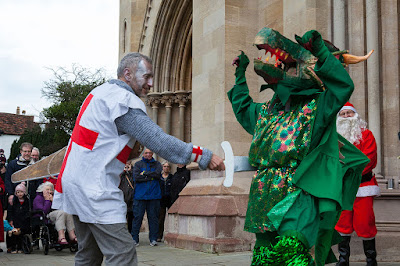 For more on this, I strongly recommend the following: 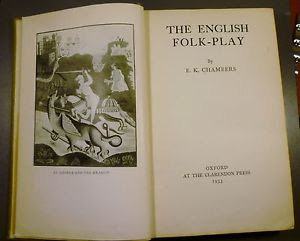 
In the book, the children find the remains of a pantomime dragon, "Old Snap," and are inspired to resurrect an almost forgotten seasonal play in which St. George battles this personification of winter in order to bring life back to the land again. 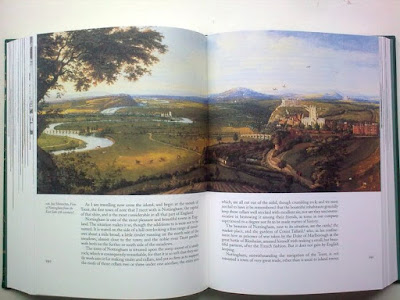 Daniel Defoe: A Tour Through the Whole Island of Great Britain (Folio Society, 2006)

Garnett's protagonist, Mark Rutter, also centre stage in his earlier book The Silver Kingdom, reads a passage from Defoe's fascinating compendium of local gossip and anecdotes - combined with direct observation - about a mysterious 'white worm' which can only be seen at certain times of day on a nearby eminence called the 'Wormell' (or Worm-Hill). 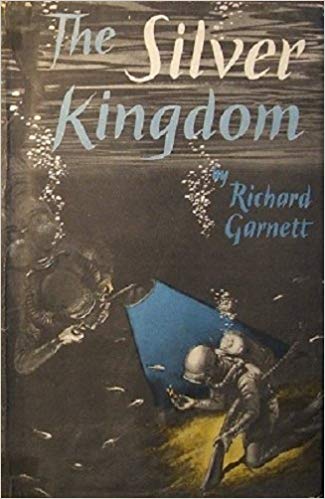 
Mark, who is (according to his archaeologist friend from the previous book) a 'born finder', discovers the solution to this mystery by sheer happenstance, and unearths another dragon to set alongside Old Snap. 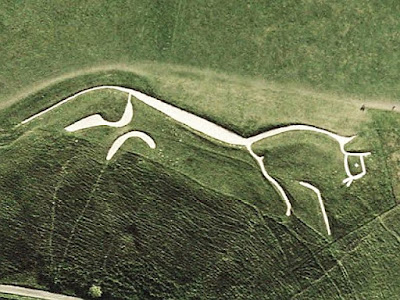 Sure enough, the second 'white dragon' in the book turns out to be a chalk figure cut into the hillside. Unlike the more familiar examples, where the turf has to be recut periodically to keep them visible, the 'white worme' of the Wormell has been made out of chalk packed into man-made ditches on this artificial eminence. As a result, it proves possible to re-establish its long-overgrown contours by the simple expedient of drilling small holes in the hillside. 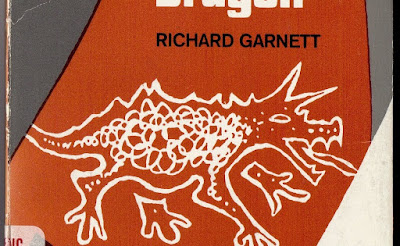 
The above illustration shows the contours of the chalk figure as it is eventually revealed. Mark spots it because the snow melts more slowly on the chalk than the earth of the hill, so he is able to photograph its momentarily revealed shape one evening during the thaw: a 'born finder', indeed! 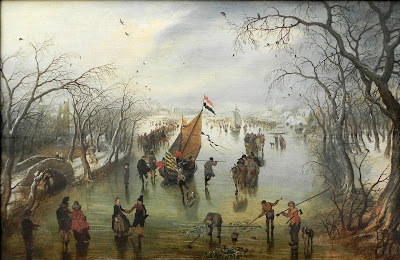 Mark's desire to construct an ice yacht for his cousin Tom, a keen skater injured in a road accident years before, and now forced to go everywhere on crutches, forms most of the actual narrative of the book.

This was the era of the can-do hero, when a set of enterprising boys and girls could easily solve a cipher, reconstruct an old building, start an archaeological dig, or - as in this case - master the mechanics of ice-yachting.

It's strangely inspiring to read about, however little it may resemble the pathetic constructions of cardboard and plastic which were all I and my contemporaries could achieve. 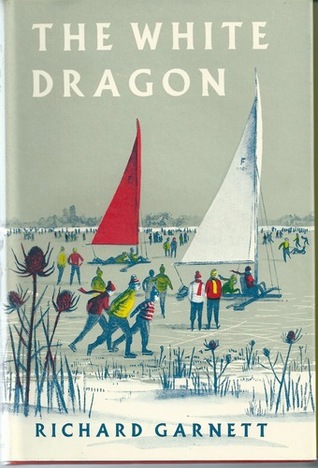 
The original cover of the hardback edition, above, shows the success that attends their efforts. 'The White Dragon' and 'The Red Knight' are the names of the two yachts they build out of a few old planks and some leftover ice-skates provided by the local junkshop owner. 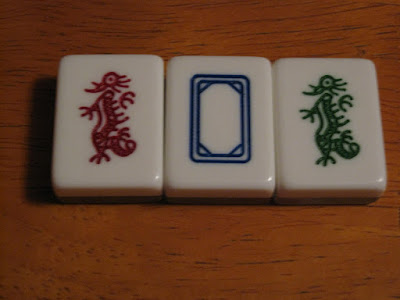 This is more of a peripheral reference in the book, but a 'white dragon' in mahjong is a totally blank tile. It's named from the fact that such a sheet of white can represent a white dragon hiding on a field of snow - or nothing at all, depending on how you interpret it. 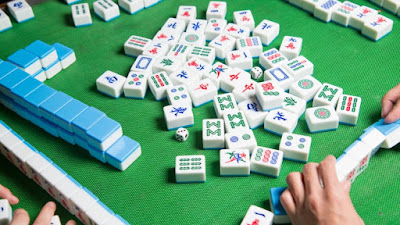 The beginner's guide to the greatest pastimes: Mahjong


The book concludes with the gift to Mark from his friends of a blank mahjong tile, the fourth (and last) dragon in the story. When asked what the difference is between a white dragon and a blank tile, he replies: "All the difference in the world." Those, rather appropriately, are the last words of the text. 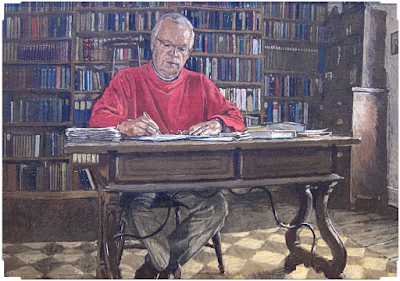 
As you'll have deduced from the title of my blogpost, the author of The White Dragon, Richard Garnett (1923-2013), was the third writer of that name, in direct line of descent from Richard Garnett the Philologist (1789-1850), and Richard Garnett the writer and editor (1835-1906). He was the grandson of Edward and Constance Garnett, and the son of David and Ray Garnett.

Despite - or perhaps because of - the weight of this family legacy, he was a pretty competent and multi-faceted character in his own right.

As well as an author of children's books (his only other published work in this vein, the historical novel Jack of Dover, is pictured below), he was also an editor and publisher. 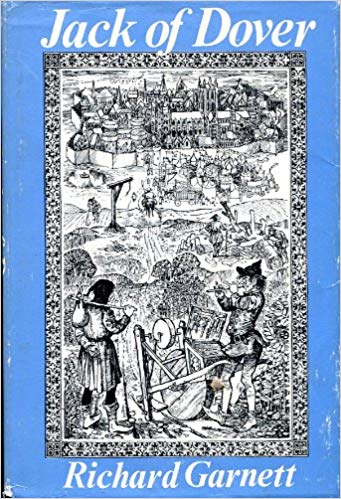 
This is his history of the firm that he mainly worked for, Rupert Hart-Davis, co-founded by his father, David Garnett: 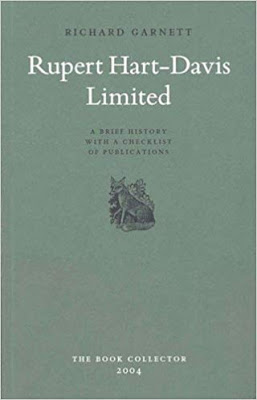 Richard Garnett: Rupert Hart-Davis Limited: A Brief History with a Checklist of Publications (2005)


Nicolas Barker has this to say of his skills as a publisher in his 2013 Independent obituary:

Garnett was ... [Rupert Hart-Davis]'s production manager, and soon an expert editor as well. Heinrich Harrer's Seven Years in Tibet, another bestseller, and the three-volume autobiography of Lady Diana Cooper (Hart-Davis's aunt), exercised both skills. Laurence Whistler's books spurred him to become a glass-engraver. His nautical experience came to the fore with the Mariner's Library of sea classics ... But the heart of the firm lay not in these but in scholarly but readable books such as Leon Edel's five-volume life of Henry James, Allan Wade's Letters of W. B. Yeats and Peter Fleming's imperial sagas. All of these achieved their reputation thanks to the joint expertise of Garnett and Hart-Davis. Not for nothing did one of their admiring beneficiaries call the firm "the university of Soho Square".

But commercial success did not follow. Three times the firm had to be bailed out. Control passed first to Heinemann, then Harcourt Brace and finally to Granada. Hart-Davis himself left in 1963; three years later the firm was merged with MacGibbon & Kee and finally Garnett was sacked. As he left, a water-pipe burst in the attic, leaving him to say "Après moi le déluge". ... Fortunately, Macmillan was in need of just his talents, to supervise copy-editing and proof-correction. He soon became indispensable ... Gerald Durrell's books owed much to his editing, which verged on authorial, as did the natural history books of Bernard Heuvelmans. 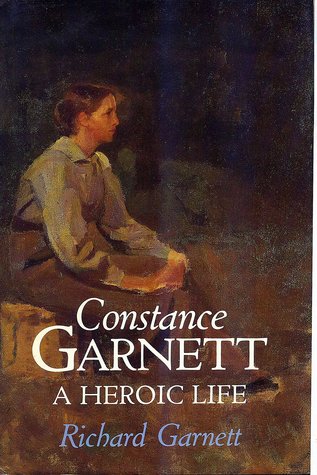 
That seems as good a place as any to conclude my survey of this unusually talented family of writers and artists.

David "Bunny" Garnett had six children in all. Two sons - including Richard himself - with his first wife Rachel "Ray" Marshall (1891–1940); and four daughters with Angelica (1918–2012). The eldest of these, Amaryllis Virginia Garnett (1943–1973) was an actress who had a small part in Harold Pinter's film adaptation of The Go-Between (1970). She drowned in the Thames, aged 29 - whether by accident or suicide is unclear.

Richard Garnett himself died leaving two sons, but whether or not either of them - or their own children, for that matter - have literary ambitions remains beyond the grasp of that (would-be) fount of all knowledge, wikipedia. 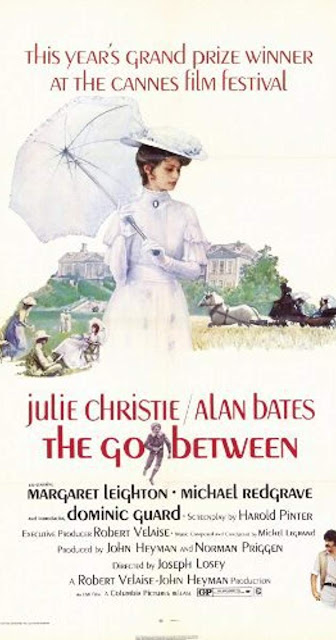 "The past is a foreign country; they do things differently there."

Good post. Hart-Davis did a lot of childrens' books. At one stage I had Ray Bradbury, Gerald Durrell, Edward Lear, Gavin Maxwell and others for sale.

Something Wicked this Way Comes I read as a teenager and many of Durrell's books. Of course spent hours in our copy of Edward Lear.

I also became somewhat obsessed by Richard the Third.

I had a thought for a series on books: The Confession Books. When I read 'The Confessions of a Justified Sinner' there was a blurb somewhere about all the books that were (classics) and "confessions". I have Rousseau's but unread but I did read St Augustine's, De Quincey's (Shulman talks about this in her book 'Nightmare', as well as much about Coleridge and his addiction to opium also). There are undoubtedly others. There are undoubtedly newer books and also others I and others have not encountered...