Rosie Scott and the Mother of All Budgets (1992) 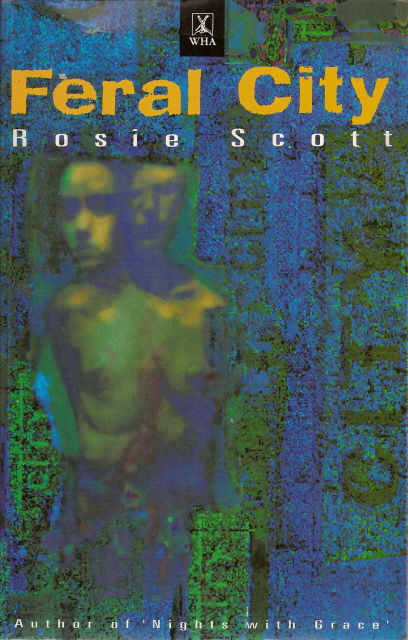 
'... It's not easy setting up in Apocalypse Now city. But at least I can choose the books I love.' 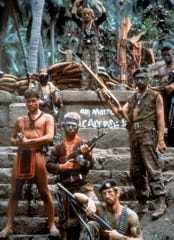 
I came back to New Zealand in 1990, after four years away in the UK. It was as if I’d left one country and returned to another.

True, my father’s letters had alerted me to some of what was going on during Roger Douglas’s reign of terror over Treasury, and I had made a short trip home in ’88, in time to see the aftermath of the 1987 stock market ‘correction’.

Coming back to live was something quite different, though.

The New Zealand I remembered was a place where people had the luxury of time and leisure to occupy themselves with worthy causes: Apartheid in South Africa, for instance, or the pernicious effects of raising the level of Lake Manapouri.

The New Zealand I came back to was far more brutal and opportunist. The comforting, vaguely socialist, vaguely lefty convictions which had seemed to be the common property of most people I knew had been replaced with Monetarist zeal. Get rich quick or die trying – push the weak to the wall or they’ll hold you back.

I remember seeing, on the news, a funeral eulogy delivered over the coffin of a rich entrepreneur of that era by his grieving son: 'My father taught me an important lesson,' he said. We all awaited some tender homily. 'He told me that if your opponent is down in the gutter, go over and kick him in the throat, then stamp on his face till he dies.'

The audience - in the Christchurch town hall, I think it was - erupted in baying laughter, their jackal faces convulsed with glee. That was the spirit of the age, I'm sorry to say. In some circles it still is. 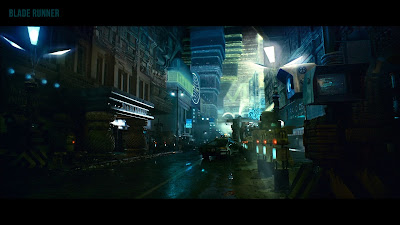 
'The seasons have all changed,' Violet said with foreboding. 'The rain's changed. There's no freshness to it any more. It rains and you know that it's pathology. It comes from some global sickness.
'It's like Blade Runner,' I said to myself.
'Blade Runner?'
'It's an old movie. Images of the future, unwholesome rain falling continuously on desolate cities. No untouched nature left to replenish ourselves spiritually with.' [79]


I remember once, shortly after my return, being asked what I did for a living by a woman who ran a bookshop. I told her that I was looking for work at present, having just come back after a long stay away.

‘I have a job for you: cleaning the shop,’ she said.

‘Oh, I don’t think I’d be very good at that,’ I replied, a little surprised at the vehemence with which she accosted me.

‘No, it’s not that. It’s just that the country paid a good deal of money for me to go abroad and study, and it seems a bit pointless to come back and not use any of the things I learned.’

‘So you’d rather go on the benefit and live off the rest of us?’

I think I managed to extricate myself at that stage, resolving never to enter that shop again.

It’s not that I couldn’t see her point. Of course I looked like a shiftless wastrel – and what good was all that education when all it really consisted of was reading a bunch of books and making a few generalisations about them in the form of a Doctoral thesis?

Outside a very narrow, specialised sphere, I clearly wasn't at all viable in the new New Zealand. It didn't help that (as I subsequently learned) the bookshop lady's husband was a National Party politician. 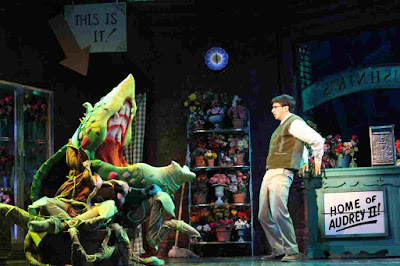 
'We used to call it the Little Shop of Horrors,' I said, thinking out loud. 'Quite witty for white trash.' ...
'You keep remembering everything,' Violet said. 'I've been here so long everything's kind of overlapped. The old memories are diluted by the last few years, so everything's just become one long uneasy present.' [26-27]


I suppose that’s why I retain so much fondness for Rosie Scott’s visionary novel Feral City. When I finally got around to reading it, some years later, it seemed to me to capture almost perfectly the feeling of those times.

When the National Party duly returned to power in the 1990 election – after the unedifying débâcle of David Lange’s attempt to impose ‘a cup of tea and a sit-down’ on his madder, more free market colleagues – they sure came in with a hiss and a roar.

Ruth Richardson strode like a colossus over the ruins of that gentler, less stratified New Zealand. Her 1991 ‘Mother of all Budgets’ cut state spending on an unprecedented scale, adding Ruthanasia to the devastation wrought by Rogernomics.

Was it all worth it in the long run? It depends on who you talk to, I suppose.

Certainly some people did become significantly richer as a result of it. Countries such as Australia which avoided such policies at that time don’t seem to have suffered unduly as a result, however.

One would have to know far more about economics than I do to venture a valid opinion – all I know is that what I saw bore more than a passing resemblance to the Britain I’d just left, stricken by over a decade of Thatcherite tyranny. 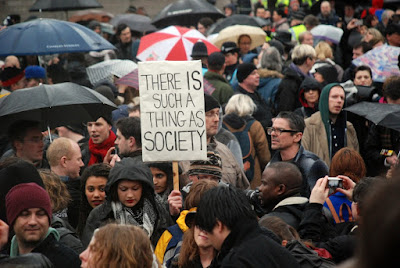 
Feral City is the city of our future, its centre a wasteland people by addicts, violent gangs and the homeless. In a gesture of defiant optimism, two sisters - one a warrior, the other a survivor - open a bookshop in the heart of this decaying city. Their bizarre and moving story mirrors the fragile balance between defeat and courage.
With the passionate imagination we now expect from her, Rosie Scott presents a future shock which is alive with imminent danger.


Does Feral City really qualify as Speculative Fiction? It’s dystopian, yes – set in a near future which is mostly an exacerbated version of the author’s present. But then that is, then and now, the nature of the beast. Certainly the blurb above characterises it as some kind of Jeremiad.

After all, the same could be said of C. K. Stead’s Smith’s Dream or even Craig Harrison’s The Quiet Earth. Both novels extrapolate from present trends to prophesy and warn. And, while that may not be the whole duty of SF - perish the thought - it’s certainly one important part of its function as a genre.

Mostly, I think, Scott’s novel survives in the mind because of its expert evocation of atmosphere – that, and her fascination with human eccentricity. That memorable image of the old book exchange linked internally by a crudely bashed-in tunnel to the fish-shop next door, simply in order to find more space for Faith's utopian vision of the perfect bookshop, is certainly one that stayed with me long after I'd forgotten most of the rest of the plot. 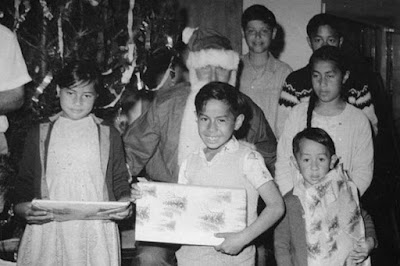 
'... There's got to be a Pacific feel to it, as well. You know that Polynesian bookshop that used to be in K-Road? In the arcade? Is it still there? You used to see all those working people come in with overalls and work-boots on. They were at ease. They were recognising something valuable that belonged to them.'
'You talk about them as if they're some sort of shy forest animal coming in to drink at the bambi pool.' [10]


Of course it's of its time: more than a quarter of a century ago now. There's a certain naïveté to its assumption that we've seen the worst already, and that it consists of social neglect and poverty. That's where the choice of a novel rather than some more one-sided diatribe serves Scott well, though.

Every time Faith says something particularly naff, Violet can shoot her down with more street-based arguments. The two function very well together as the interlocutors in a Platonic dialogue about, on the one hand, offering a possible vision of a life well lived (Faith's green, welcoming bookshop) or choosing direct, practical action (Violet's warehouse of donated goods, her soup runs in the broken-down old van).

More to the point, as they grow as characters and human beings, it allows Scott to say some important things about the deep bond between sisters, the details only they can know about each other: the wounds only they can inflict.

Rosie Scott writes like an angel, of course. The clarity and analytic power of her prose comes from her father, historian and social activist Dick Scott, I guess - but the poetic, incantatory effect of her sentences is all her own:


It seemed more and more amazing that I hadn't really noticed the state of the city in the first flush of homecoming. ... But gradually the city impinged more and more on my consciousness, like a black shield held against the sun. They were still my childhood streets with their shops and garages and pubs ... but as the days went by, I saw more and more clearly that something had changed, a slant of light, a feeling in the air.
At night the homeless people lit huge bonfires in rusty petrol drums and I could see the shadow of the flames flickering on the storeroom ceiling as I lay on a mattress on the floor trying to sleep. I kept hearing their harsh voices, sudden jolting snarls of rage, the clink of bottles, a snatch of ragged singing. They were like voices from the dead, remote, an undercurrent of menace, a strange and ghostly community. In the daytime there were no signs, just newspaper blowing in the wind and young guys walking past like cowboys, stiff-legged, eyes ahead, past the seedy shops. ...
'They're the ragged army,' Violet told me. 'There're thousands of them now. Families camped out in the streets, in old cars, under the freeway flyovers, in shopping malls, in cardboard boxes on the side of the road. There's nowhere for them to go.' [47-48] 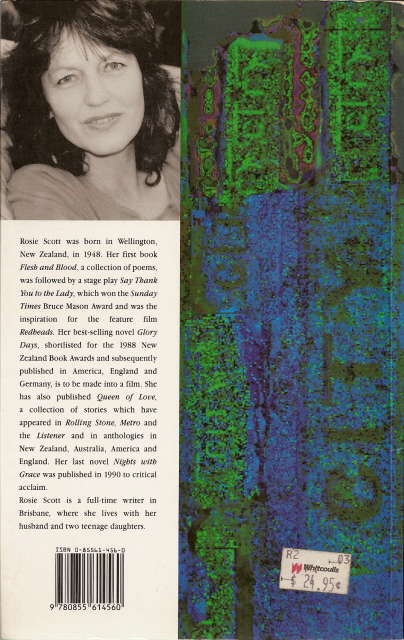 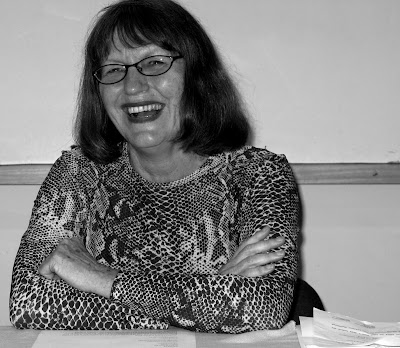 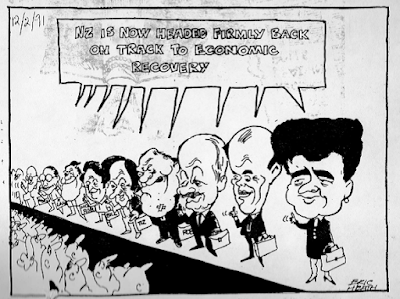 Philip van Doren Stern, ed.: The Annotated Walden (1970) Lately I've been renewing my acquaintance with one of my favourite books...