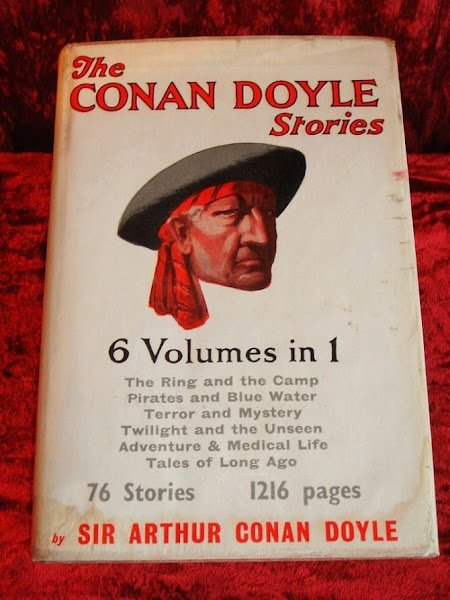 Towards the end of his life, the vogue of Sir Arthur Conan Doyle (1859-1930) was still such that it made good commercial sense to collect his works in convenient omnibus form. First of all (of course) came Sherlock Holmes, with one volume (1928) for the five volumes of short stories and another (1929) for the four novels.

Next came the collected short stories (1929), then two volumes of 'historical romances' (1931 & 1932). Long after that, in the 1950s, came the Professor Challenger stories (The Lost World and its successors) and even an omnibus of Napoleonic Stories (though the latter overlaps considerably with the second volume of historical romances) - seven books in all, then, containing 16 novels and at least 11 volumes of short stories. 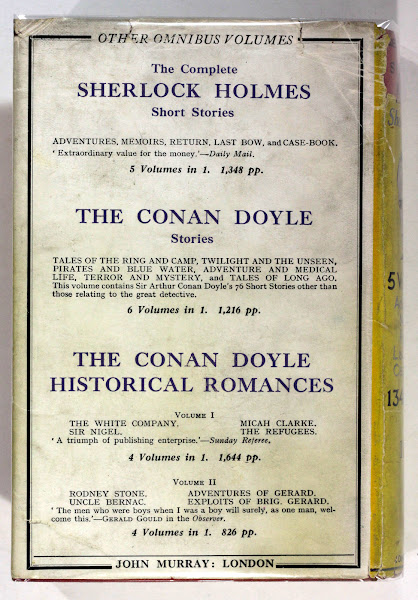 Sherlock Holmes was a rationalist, concerned only with what could be scientifically proven and deduced from the evidence. His creator was anything but. I've written elsewhere (here and here) about Charles Sturridge's wonderful film Fairy Tale (1997), which retells the strange story of the Cottingley Fairies. 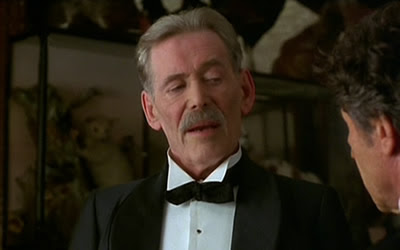 Peter O'Toole does an excellent job of impersonating the distinctly credulous but still (paradoxically) occasionally astute Sir Arthur Conan Doyle. It becomes clear in the course of the action that it was the loss of his son Kingsley in the First World War - he died of influenza caught at the front two weeks before the armistice - that compels Doyle to continue his quest for communication beyond the veil.

This monstrous pall of loss hanging over the whole western world does explain, to some extent, the post-war growth of interest in spiritualism. The hitherto widely respected physicist Sir Oliver Lodge's book Raymond, or Life and Death (1916), about the séances he held to contact his own dead son, had an immense influence over other grieving parents, and Doyle gradually became their spokesman and standard-bearer. 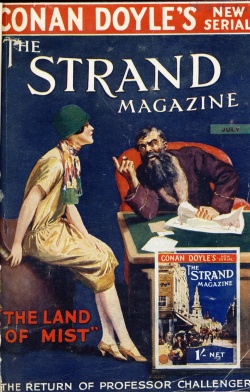 Even the hard-headed Professor Challenger, the dinosaur hunter of The Lost World (1912), was pressed into service as a psychic investigator in Doyle's late novel The Land of Mist (1926). Sherlock Holmes must be said to have had a narrow escape in not being conscripted similarly - even in The Hound of Baskervilles, where all the spectral appearances turn out to have a distinctly rational explanation. 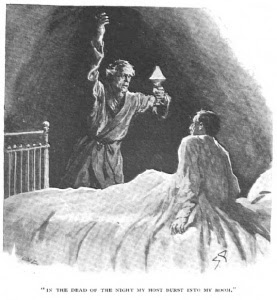 It's not really those stories I want to discuss here, though. It's the ones collected in those two sections of The Conan Doyle Stories entitled "Tales of Terror & Mystery" and "Tales of Twilight & the Unseen." These include such frequently anthologised classics as "The Brown Hand" and "The Brazilian Cat." 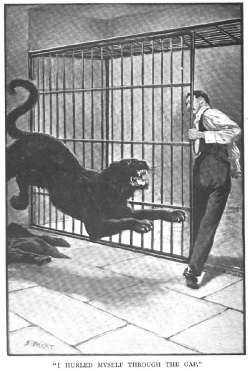 A great many of the others are equally memorable, though. For the most part they predate the period of his full-fledged involvement with Spiritualism, but it was already plain that he already had a strong affinity with the supernatural and mystical. Two stories that made a particular impression on me when I first read them as a boy were "The Terror of Blue John Gap" and "The Leather Funnel." 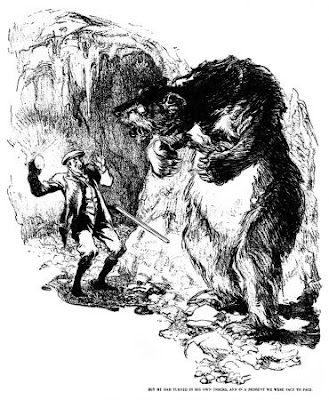 The first of these is somewhat reminiscent of H. P. Lovecraft's early story "The Beast in the Cave," written in 1904 (though not published until 1918). The fourteen-year-old Lovecraft could certainly not yet match the storytelling prowess of the immensely experienced Conan Doyle, but a comparison of the stories does offer some interesting reflections on what two different writers can do with not dissimilar material. 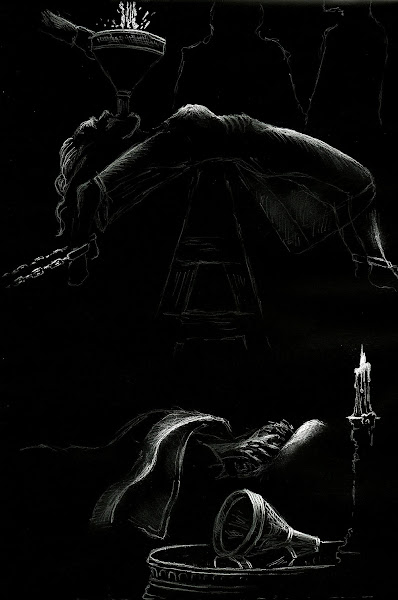 "The Leather Funnel," by contrast, with its interest in psychometry and the sadistic excesses of the Inquisition, has an atmosphere of sadistic sexuality quite alien to Lovecraft but clearly quite attractive to Doyle.

[NB: It's worth stressing here the availability of these and other works by Doyle on the wonderfully comprehensive Arthur Conan Doyle Encyclopedia website. You can find there both the texts and contemporary illustrations for all of the stories mentioned in this post.] 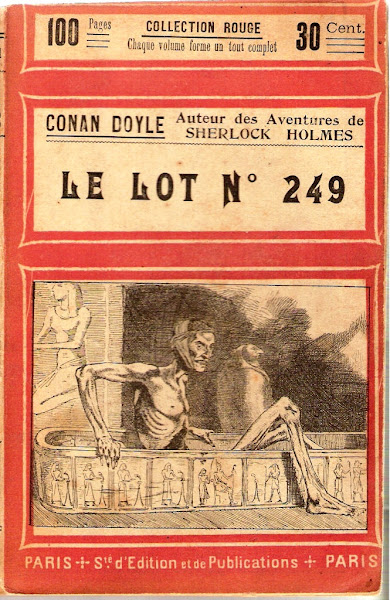 What else? There's a wonderfully vivid Egyptian-mummy-coming-to-life story in "Lot No. 249" - which predates by a decade Bram Stoker's classic Jewel of Seven Stars (1903). Nor did Doyle avoid conventional 'occultism' in his earlier stories. There's also a striking account of a séance going terribly wrong in "Playing with Fire," and a nice piece of automatic writing in "How It Happened" (1913). 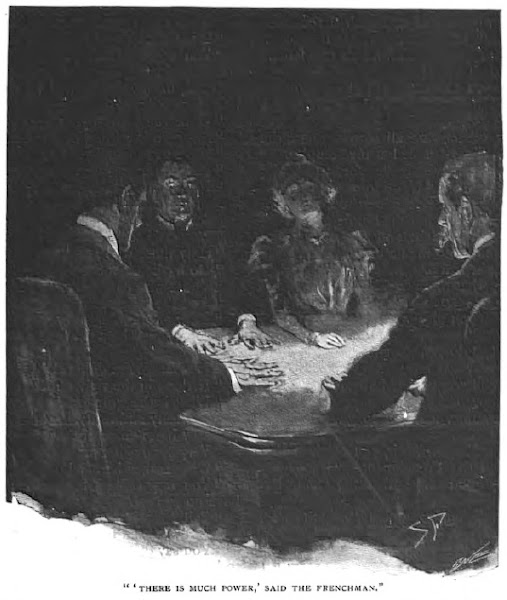 Need I go on? Doyle is, I think, at his best as a ghost story writer when he can combine aspects of his fascination with historical detail with nasty doings in the present. This is certainly the case in "The Leather Funnel," and also in "The New Catacomb" (1898), a neat variation on Poe's "Cask of Amontillado."

Not all of his work in this genre is included in the 1200 pages of The Conan Doyle Stories, however. A useful round-up of his unknown and uncollected pieces is provided by the late Richard Lancelyn Green's excellent The Unknown Conan Doyle: Uncollected Stories. 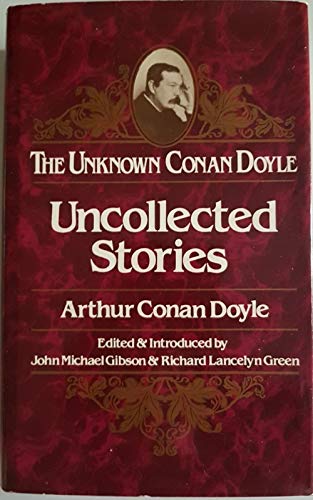 If it's Doyle's occultism that really interests you, though, you could do worse than try to find the recent (2013) Hesperus Press volume On the Unexplained, a selection from his late collection The Edge of the Unknown. 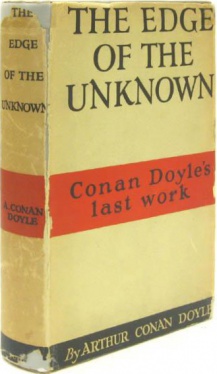 Arthur Conan Doyle: The Edge of the Unknown (1930) 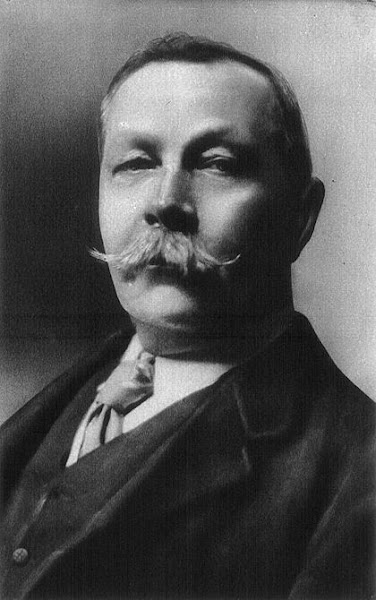 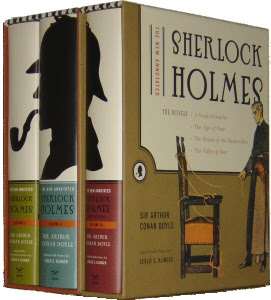 "it was the loss of his son Kingsley in the First World War - he died of influenza caught at the front two weeks before the armistice - that compels Doyle to continue his quest for communication beyond the veil."
It's interesting that Kipling - a much greater artist than Doyle - contemptuously rejected that carrion comfort in "The Road to Endor", but wrote stories that treated war loss much more directly, as he had done before after his first daughter's death.

Yes, I think it would be fair to say that the film rather over-simplifies things in this respect, though. Doyle was already interested in Spiritualism well before the war, though most of his publications in the field date from afterwards.

Though he did denounce the false comfort given by mediums in "The Road to En-dor," it's interesting just how much of Kipling's fiction is concerned with ghosts and the supernatural: "Wireless," "The House-Surgeon," "They" - even "The Brushwood Boy." Certainly neither he nor his wife Carrie ever got over their son's death.