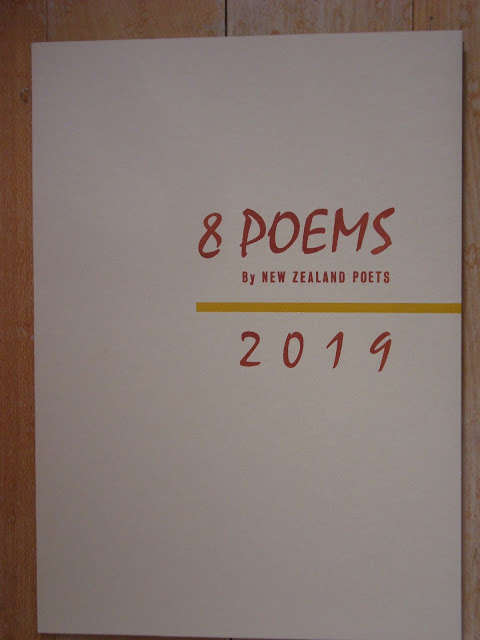 Yesterday I received my two author's copies of Tara McLeod's beautiful new chapbook 8 Poems by New Zealand Poets. It's the fourth in the series, earlier editions having appeared in 2014, 2017 and 2018: 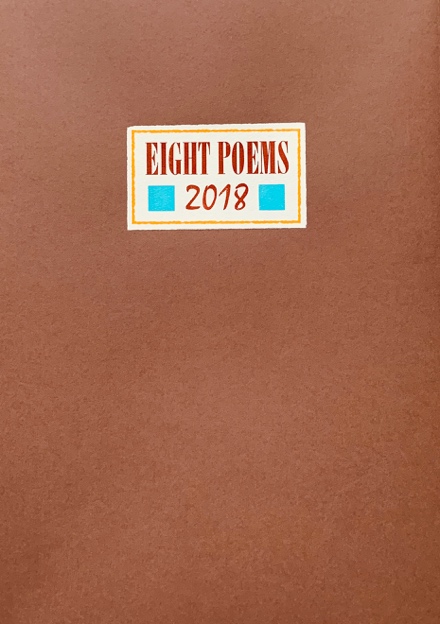 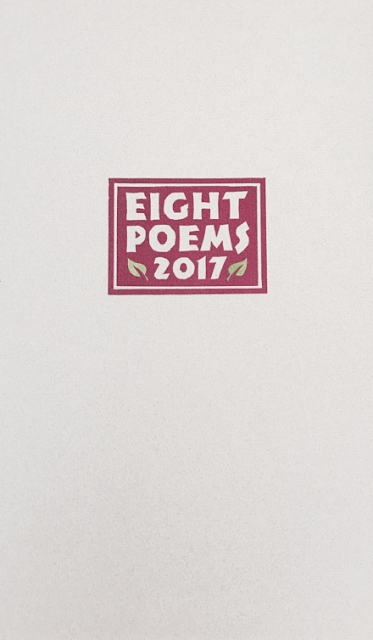 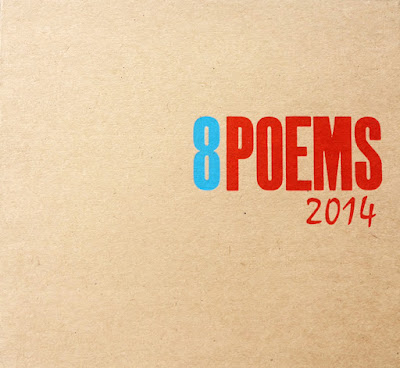 Each book is billed as containing "8 new poems from contemporary NZ poets." It's quite a stellar list. To date the following poets have appeared in the series:


Here's my own poem, 'The Oceanic Feeling,' from the latest volume: 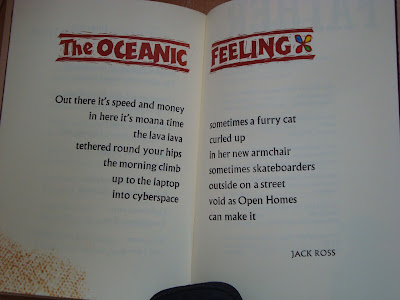 And here's a list, in order, of all the poets included: 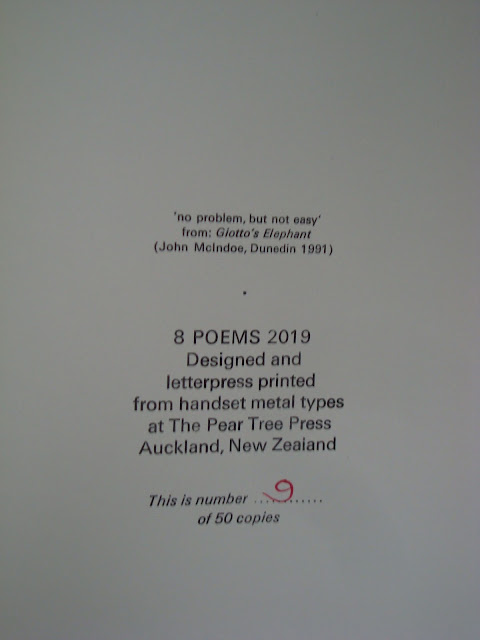 I guess what's most striking about the books is the inventiveness with which Tara has come up with a different design for every poem: with bold colours and variegated font choices to complement the mood of each of them.

I couldn't be happier with the Pasifika look of the title and layout of my own poem, and I'm sure all the other poets feel the same. When Tara showed me a proof of what he had in mind in his studio in Orewa, I was quite blown away. For someone as addicted as I am to handprinting and poetry posters and all those fascinating surrounds to the classic slim volume of verse, it was manna in the wilderness.

I won't disguise the fact: the books are expensive. If you live near a library with a good rare books or special collections section - and which of us doesn't? - you should be able to get your hands on a copy, though (albeit, probably, with white gloves on).

It's always a thrill to collaborate with a real artist, and it's nice to know that Tara is beginning to get the credit he deserves, with a major new book - Tara McLeod: A Typographer's Journey - on his work as a designer, printer and sculptor due out from Lesley Smith's Katsura Press later this year.

Oh, and why are there nine poets rather than eight in this particular volume? Through an act of kindness on the artist's part, actually. Elizabeth Brooke-Carr was going to be included in the 2020 volume, but the state of her health made it seem increasingly likely that she'd never live to see it.

Accordingly, Riemke Ensing offered to bow out to give space for Elizabeth in this book instead. Touched by this gesture, Tara decided to include Riemke's poem anyway - there's a note explaining the circumstances beside it.

Elizabeth Brooke-Carr died in her Dunedin home on the 3rd of September, 2019. I don't know if she was able to see her poem in print before she died, but at least the rest of us can.

Entitled 'All that remains is pressed flat,' it's a very moving account of a funeral. Was it Harold Bloom who remarked that elegy was the mode in which poets almost always succeed? 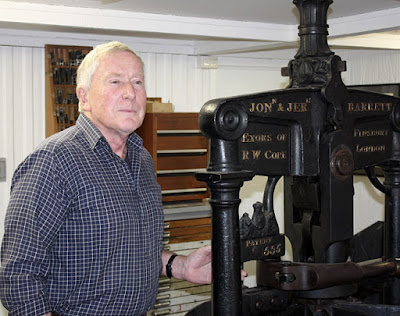 Re the elegy, Bloom if he said that might have a point. My favourite since a teenager, as my father used to quote it, was Gray's. I could read that forever.

Good to see these booklets. A good way to represent poets. On a smaller scale, as well as Loney's book length poems he did over time(poems by such as Wedde, Smithyman and books by Ted Jenner and others), and there have been many smaller presses such as 'Spin'(which Leicester edited once), before that 'Rambling Jack' et al, and then magazines associated with Poetry Live; more recently some small collections (of stories mostly I believe) by your and Bronwyn's Press, but earlier there was Side Stream (I was in a few of those about 2009 on edited by Miriam Barr (now Miriam Larsen-Barr), and 'Minarets' I found very good -- I got quite a few of them from the libary, and have a couple.

This series seems more 'concentrated' and is perhaps more in the tradition of Loney's special productions.

Good to see you in there, and that Elizabeth Brooke-Carr was published in there.