Lately I've been renewing acquaintance with one of my favourite books, The Annotated Walden. Why? Because I can. Because I'm taking early retirement from Academia, that's why. In fact, I gave in my required three months notice of departure today, so I thought I'd better start getting in training for the new life!

Don't get me wrong. I have other editions of Thoreau's masterwork, as well as owning a copy of the beautiful fourteen-volumes-in-two Dover reprint of the 1906 edition of his complete journal: 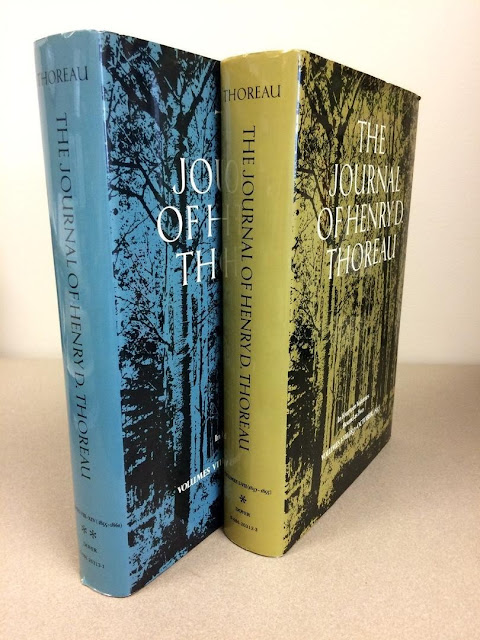 
It isn't just Walden, or Life in the Woods (1854) which enchants me, though, it's Philip Van Doren Stern's superb, lovingly illuminated annotated version of the book. 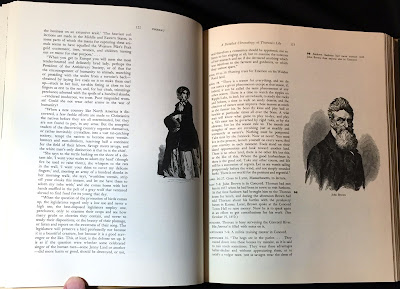 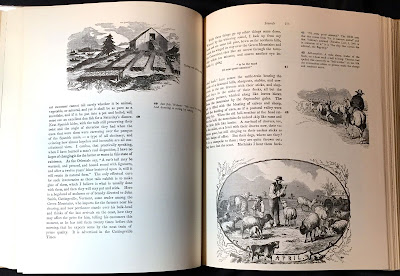 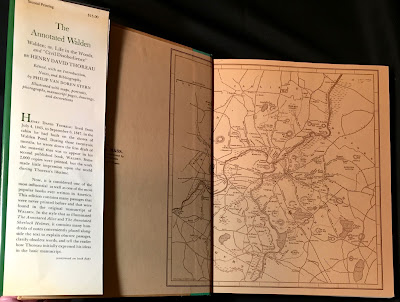 Stern, perhaps better known for his Christmas story The Greatest Gift - which inspired the Frank Capra movie It's a Wonderful Life (1946) - was an editor and Civil War historian who clearly sympathised greatly with Thoreau's unfettered idealism.

His annotated Walden includes photos of the site of the famous cabin "now" (i.e. in the 1960s), and there's an enchanting sense of double-focus in this book published fifty years ago which invites us to contrast further his "then" with our "now." Thoreau's retreat to the woods seems so much more distant in time, yet its relevance to contemporary thinking has, if anything, grown. 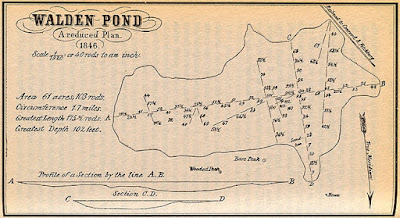 The mass of men lead lives of quiet desperation.

It's one of the most famous quotes in American literature. But what does it mean? Stern is very helpful here, as he quotes in the margin from the original version of the passage, where Thoreau gave a long account of an Irish workman moving from job to job without being able to settle in any of them - due mainly to his ever increasing air of desperation, and his gradually disintegrating attire.

This poignant true story was reduced and cut down as Thoreau shaped his book, until it ended up with the sentence as we see it above. The workman, though a signal example of the trend towards self-defeating and ever-growing anxiety ("free-floating anxiety," as we tend to say now), was not the whole story. What Thoreau wanted to say was that apparent increases in prosperity were not really significant when set alongside our ever-growing desire for complete security, and our consequent mounting dread of disaster and destitution.

Which is why he went to the woods - or, rather, a couple of miles down the road from the village of Concord, Massachusetts - to see if it was actually feasible to live self-sufficiently without being either a wage-slave or a pensioner.

The results, it must be said, were mixed. He made his basic point, but it's hard to know if he could have survived without the support of friends such as Ralph Waldo Emerson, who actually owned the land the cabin was built on. 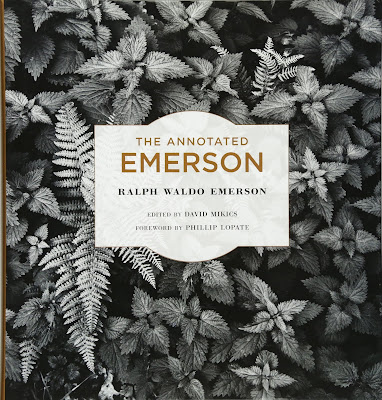 
Emerson sympathised with, but never saw entirely eye to eye with Thoreau. The latter was too grimly consistent in his thinking: too fanatical in his desire to have no truck with slavery or any of the other 'worldly' realities which others were able to accommodate themselves to somehow.

He was, admittedly, only one of the eccentrics (or, as they would have put it, Transcendentalists) who surrounded the sage of Concord, and whom he supported in one way or another for much of his life: another was Louisa May Alcott's father Amos Branson Alcott. The tale is told very entertainingly in Hemingway-biographer Carlos Baker's last book, Emerson among the Eccentrics. 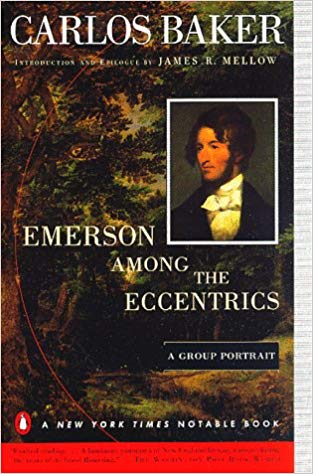 Carlos Baker: Emerson among the Eccentrics (1996)


The great value of Thoreau, for me, is that he asks all the right questions. His answers, by and large, are less useful to me. I can't see myself building a cabin with my own hands out in the woods behind Mairangi Bay (even if someone would let me). But I do feel it necessary to ask those same questions about how best to live, how to avoid mortgaging your life to other people's expectations, and to that awful trepidation that overcomes so many of us at the thought of stepping down from our current position of solvency. 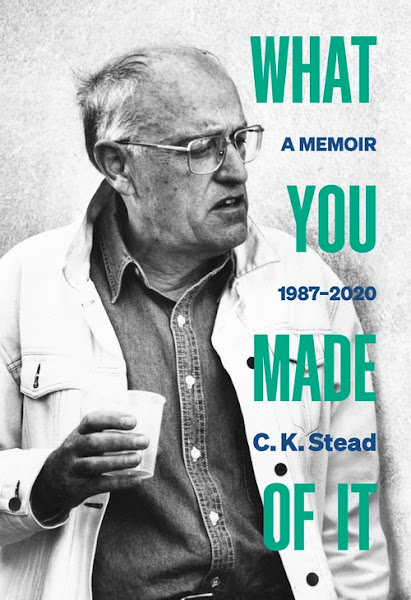 I've always admired C. K. Stead's decision to resign from Auckland University in his fifties to pursue the life of a full-time writer. I never - until now - thought to emulate it, but it seems now, for a combination of serendipitous reasons, that I'm going to.

Karl has given me a number of useful pieces of advice over the years, but I think it was his example in this particular respect which has proved most inspiring to me. I could easily have stayed in my job until 65, then retired on a full pension. But, to be honest, I don't feel a real vocation for it any longer.

I've done a lot of things in the fifty-odd semesters I've been teaching on Massey University's Albany Campus (and the five years before that at other places, and the ten years before that as a student), but now I think I've started to repeat myself. It's time for someone new to step into the role - someone who has everything to prove and has the burning desire to tell other people all about it.

It's not that I've stopped loving teaching, but I want now to shift gears into full-time rather than part-time writing and research instead. Every one of the books I've published to date was written while I was teaching at Massey. It's never been easy to claw back enough time to do it without a great deal of compromise on both sides, however. 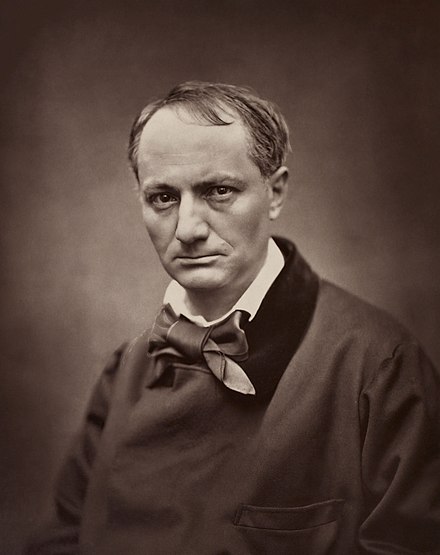 
To be perfectly honest, right now I feel as happy as a sandboy. Whatever the future holds, it will be unpredictable, uncharted territory. As Baudelaire puts it so succinctly in 'Le Voyage': 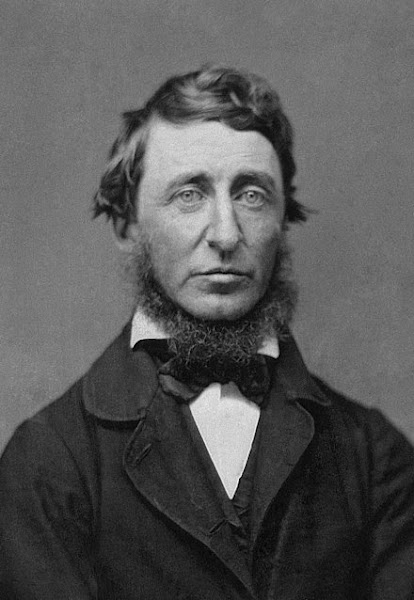 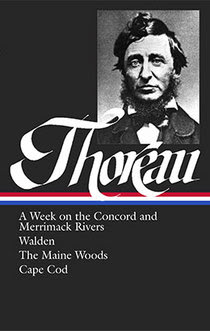 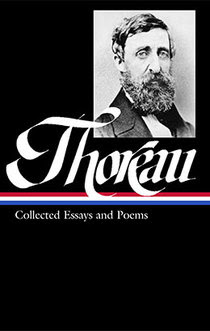 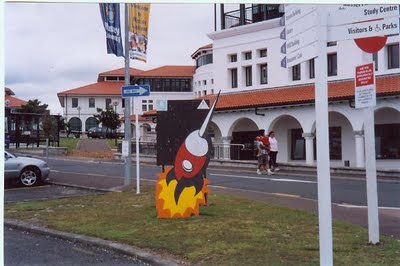 One of your best Jack. I'd follow my Milton with Izaak Walton, from The Compleat Angler: study to be quiet.

Stephanie Christie has just sent Bronwyn and me an illustrated text which reads "get good at wanting" - I think I like that almost as much as the Izaak Walton one.