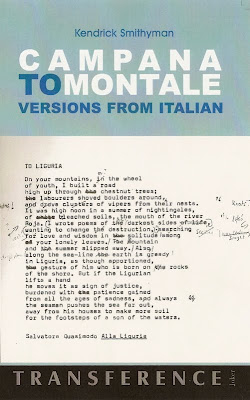 Monday's Child is fair of face ...
Kendrick Smithyman was born on October 9th, 1922, in the small logging town of Te Kopuru, a bit down the river from Dargaville. And, yes, it was a Monday. 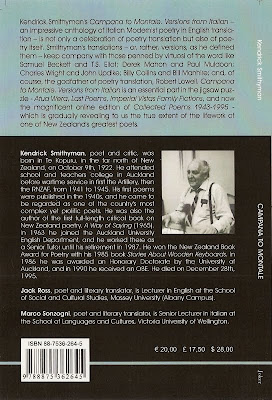 Tuesday's Child is full of grace ...
Well, it's true that the 6th of November 1962 was a Tuesday, but I wouldn't place too much confidence in that. It just goes to show how dodgy some of these old rhymes can be ... 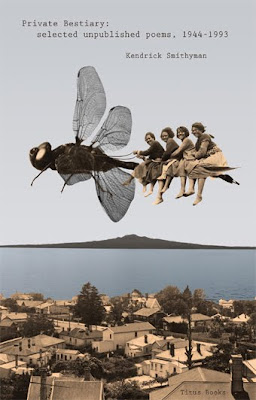 Wednesday's Child is full of woe ...
Let's hope not, because this Wednesday, 17th November is the launch date for a new book of "Selected Uncollected" poems by Kendrick Smithyman. It's at Old Government House in the Auckland University grounds, and it kicks off at 5.30 pm. 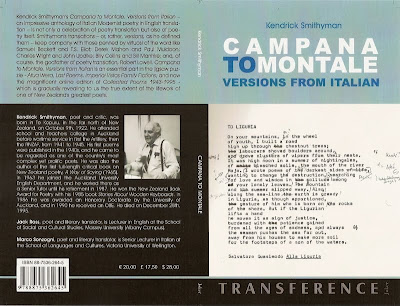 Thursday's Child has far to go
Friday's Child is loving and giving
Saturday's Child works hard for a living
But the child that is born on the sabbath day
is fair and wise and good and gay ...

I don't know which of those days matches up with Marco Sonzogni, but I have to say that he's been a tower of strength all through the fascinating process of revising my 2004 edition of Kendrick's translations from the Italian Modernists, Campana to Montale for republication by an Italian publisher, Edizioni Joker.

I'll be talking more about the book at the launch tomorrow, but unfortunately - though it's going through the press now - all I have to show off at present is a bound-up copy of the proof sheets (we're planning a more formal launch for it in Wellington, where Marco teaches, sometime early next year).

Paula Green's review of the first edition can be accessed here, and you can find fuller details of both editions at my bibliography site here.

It's been great to have this chance to revisit the book six years on. There was a certain scepticism about the validity of so comprehensive a set of translations from a language which Smithyman couldn't speak when the book first appeared, so I have to say I feel a considerable sense of vindication when I see how seriously Marco and his fellow Italian poetry connoisseurs take Kendrick's versions from the Italian. They are - to be sure - more in the tradition of Lowell's Imitations (1961) than Nabokov's exhaustive, four-volume Eugene Onegin (1964), but then that's hardly a crime.

Ever since I first read them shortly after Kendrick's death in 1995, I've regarded these versions from the Italian as not only among his best and most accessible poems, but also as some of the finest verse translations I've ever read.

In any case, judge for yourself. Here's one of Kendrick's versions from Salvatore Quasimodo, who won the Nobel prize for literature in 1959: 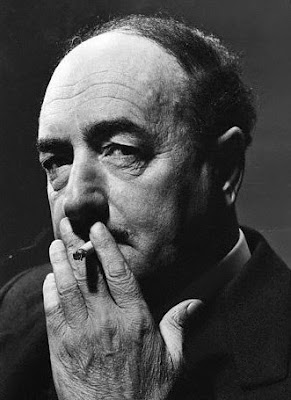 Italy is My Country

The more days move off into distance
scattering themselves, the more they return
to hearts of the poets. There fields
of Poland, the Kutno plain with hill of corpses
burning in clouds of naphtha, there
barbed wire fences quarantining Israel,
refuse soaked with blood, the fever-pitch uprising,
the chains of wretches dead long ago,
struck down in their trenches dug by their own hands,
Buchenwald is there
that mild-mannered beech wood
with its accursed ovens: Stalingrad
and Minsk with its marshes and rotten snow.
Poets do not forget. Oh hordes of the lowly,
the conquered, those forgiven out of pity!
All things may pass, but the dead do not
sell themselves. My country is Italy,
felt to be alien more than estranged. I sing
the people, also their grief
muffled by sound of the sea, the mothers’
crystal-clear mourning: I sing the life of my country. 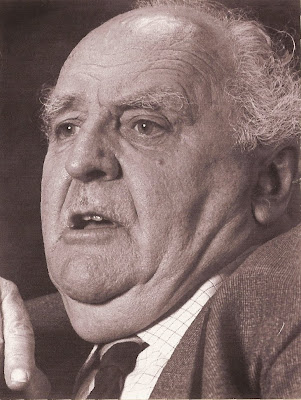 the cover looks great! The gritty beauty of those much-scarred manuscript pages impressed me, too - I put a couple of fascimilies of manuscript-poems as appendices to Private Bestiary - but I never thought of making it the stuff of covers. How obtuse I was! Look forward to hearing you give the book a plug tonight...

Oh, I dunno. Your cover looks pretty cool too, I reckon. Actually the idea of using the facsimile page was Gennaro Fusco's, our Italian publisher. I'm very much looking forward to checking out Private Bestiary, I must say ... Let's just keep all those speeches short.

Check out the very positive and supportive review of the book by David Merkt at the Landfall Review Online [http://landfallreviewonline.blogspot.com/2011/07/summers-last-cicada.html]. I'm not sure that I entirely agree with him about what he calls Smithyman's "dead-ended, sometimes bloated, frequently derivative, and ultimately provincial gaze that is so evident in the exactly contemporaneous Atua Wera and Imperial Vistas Family Fictions", but I do see his point -- it does seem to be taking us quite some time to come fully to terms with the "immensity" of these last, posthumous works.