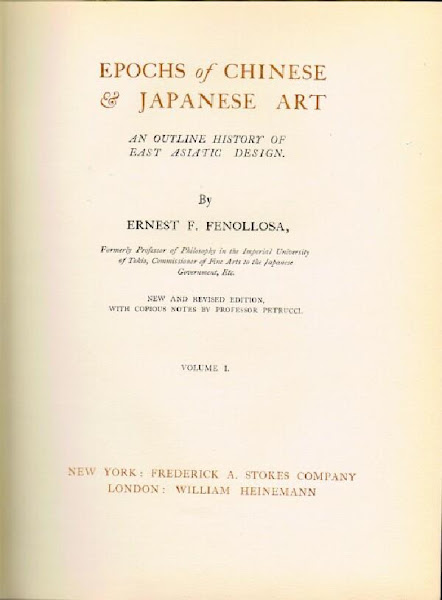 
The other day I was browsing through the new books table at Bookmarks in Devonport when I chanced across the title above. The two volumes lacked their original dustjackets, but were still quite striking in their way. 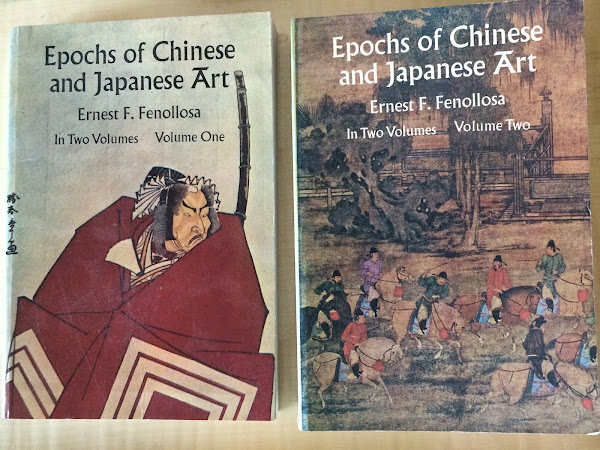 Not that I have any real knowledge of Chinese or Japanese art, mind you: it was more the name of the author that caught my attention. 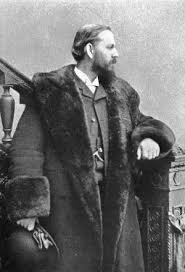 I imagine that any student of the works of Ezra Pound would feel the same. Ernest Fenollosa is definitely a name to conjure with in such circles! 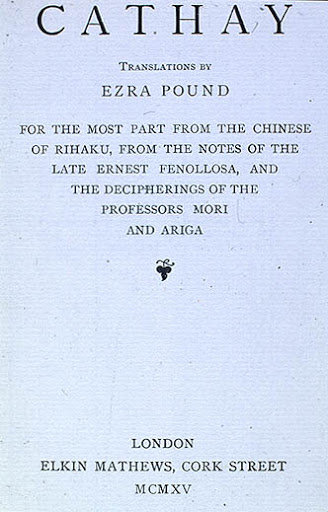 The title-page above says it all. One of Pound's most canonical works, Cathay, his dazzling versions from the Chinese (or, rather, from Fenollosa's annotations on Japanese transcriptions of the Chinese originals), was based on this strange posthumous collaboration. 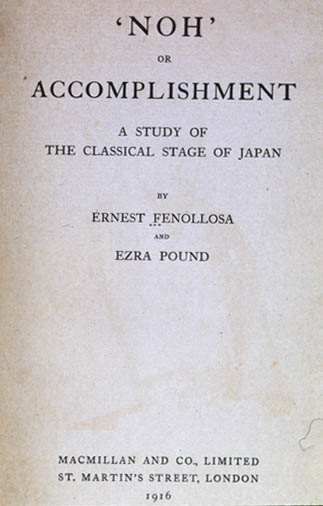 Not only that, but the craze for Japanese Nō theatre - increasingly evident in the work of dramatists such as W. B. Yeats throughout the 1920s - could also be claimed to have stemmed from this chance juxtaposition. 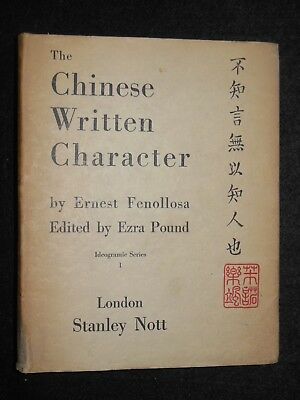 Pound's final gleaning from Fenollosa's notes is the essay above, 'edited' (i.e. rewritten) by himself, which first appeared in his book of essays Instigations in 1920, and which has attracted much argument ever since. 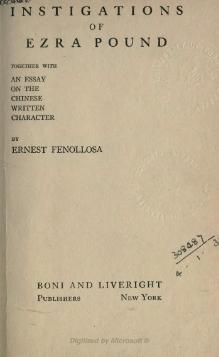 This blurb from the City Lights website probably provides as good a summary of the controversy as any:


The old theory as to the nature of the Chinese written character (which Pound and Fenollosa followed) is that the written character is ideogrammic — a stylized picture of the thing or concept it represents. The opposing theory (which prevails today among scholars) is that the character may have had pictorial origins in prehistoric times but that these origins have been obscured in all but a few very simple cases, and that in any case native writers don't have the original pictorial meaning in mind as they write.

However (as they go on to say):


Whether Pound proceeded on false premises remains an academic question. Let the pedants rave. An important extension of imagist technique in poetry was gained by Pound's perception of the essentially poetic nature of the Chinese character as it is still written.

'Let the pedants rave', eh? Perhaps it would be more accurate to say that this 'European hallucination' about the true nature of Chinese ideograms has been immensely influential not only on the development of Imagism, but on a range of further directions in English poetry - not just Pound's, but the work of all those influenced by him.

So who was this Fenollosa, and how did these notes of his fall into the clutches of crafty old Ez in the first place? 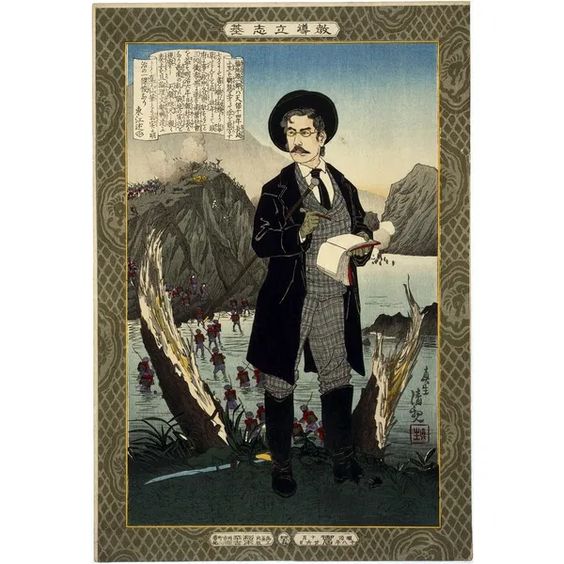 It would be great if the print above depicted Fenollosa himself. Alas, the picture simply shows one of the many Western journalists who went prowling around Japan in the latter half of the nineteenth century, after the enforced modernisation brought about by Commodore Perry's unilateral 'opening' of Japan in the 1850s.

Fenollosa first went to Japan at the age of 25, in 1878, and stayed there for twelve years in a variety of distinguished jobs. His sympathy for Japanese art and culture culminated in his conversion to Buddhism. On his return to America in 1890 he became curator of the department of Oriental Art at the Museum of Fine Arts in Boston. He was fired from this position after divorcing his wife and marrying a much younger woman, writer Mary McNeill Scott, most famous for a series of novels written under the pseudonym 'Sidney McCall'. 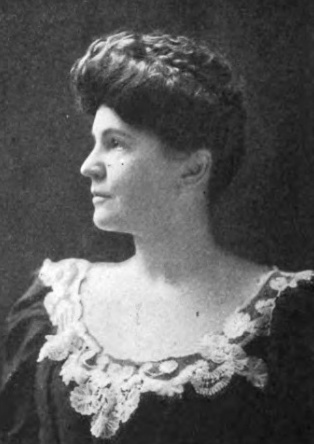 Fenollosa died in his mid-fifties, with his major work on Chinese and Japanese art sketched out in rough manuscript, but still awaiting work on the illustrations and referencing. His widow Mary attempted, with the help of various experts, to supply these deficiencies in her 1912 edition of the book.

The 1921 version which I bought in Devonport contains further revisions and annotations by a certain Professor R. Petrucci. Judging from the remarks made in her preface to this new edition, Mary Fenollosa somewhat resented Petrucci's suggestion that the Japanese versions of Chinese artists' names used routinely by her husband should be replaced entirely by their actual names. On the face of it, Petrucci's view seems a not unreasonable one, but it appears that Fenollosa placed great stock in his Japanese take on Chinoiserie (hence, for instance, Pound's use of the name 'Rihaku' for the poet better known as Li Bai).

The immense strain of this work must have taken a toll on her, however, and it was probably with a certain relief that she handed over his poetry notes to her fellow-American poet-about-town Ezra Pound. She may have been slightly disconcerted at the results, but there can be no doubt that it was these publications of Pound's that really put Ernest Fenollosa on the map, for all the careful fidelity of his wife's work on what he himself fondly imagined to be his magnum opus. 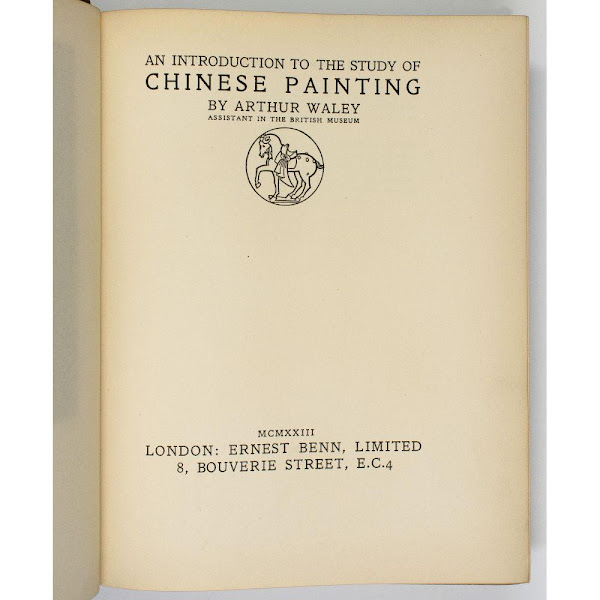 Arthur Waley: An Introduction to the Study of Chinese Painting (1923)


I found the book above in an antique shop in Cambridge (the one in New Zealand, not the one in England). The dust jacket was pretty battered but the book itself seems to have weathered the last sixty years quite well.

Waley lists Fenollosa's work with various others in the bibliography at the back of his book. He makes no direct comment on it, but simply states that the mere presence of a book in his listings should not be construed as agreement with or endorsement of its ideas.

This rather barbed comment may or may not be directed at Fenollosa - there are other books there which may have irritated Waley even more - but it would be fascinating to know what his opinion of Fenollosa's rather fanciful Orientalist theorising actually was.

It would be inaccurate to describe Waley as a protégé of Pound's, but there certainly was a time when the former was greatly influenced by the new approach to translation pioneered by Cathay. Not only that, but Waley helped Pound with his Chinese at various times in those early days. Pound could never get him to agree to revise his own translations away from accuracy to more effective sounding phrases. Hence, perhaps, their respective places on the bookshelf: Waley among the translators, Pound among the poets.

In the introduction to his 1918 volume 170 Chinese Poems, Waley outlined his own 'method of translation' - one greatly at variance with that of Pound, and doubtless designed as a riposte to his views:

It is commonly asserted that poetry, when literally translated, ceases to be poetry. This is often true, and I have for that reason not attempted to translate many poems which in the original have pleased me quite as much as those I have selected. But I present the ones I have chosen in the belief that they still retain the essential characteristics of poetry.

I have aimed at literal translation, not paraphrase. It may be perfectly legitimate for a poet to borrow foreign themes or material, but this should not be called translation.

Above all, considering imagery to be the soul of poetry, I have avoided either adding images of my own or suppressing those of the original. 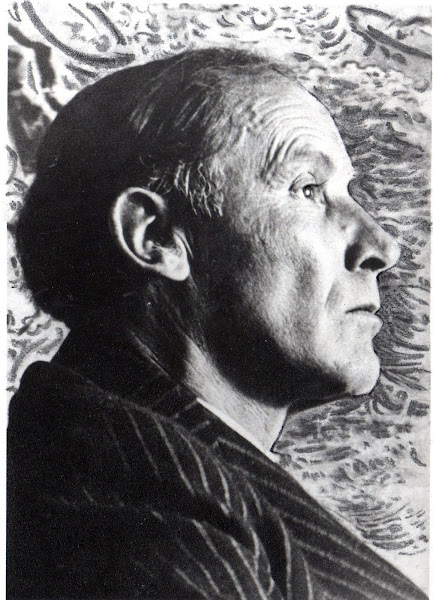 Waley was no inconsiderable writer. His pioneering translation of The Tale of Genji (1925-33) was as influential on Bloomsbury aesthetics as E. M. Forster or Proust. His abridged version of Wu Cheng'en's masterpiece Monkey is still the most readable and entertaining one available in English.

Nor do his Chinese Poems (1946) or his Japanese Poetry (1919) seem likely to be superseded anytime soon. His work remains both stylish and accessible. Here's one of his translations from Li Bai (whom he referred to, according to the earlier Wade-Giles conventions, as Li Po): 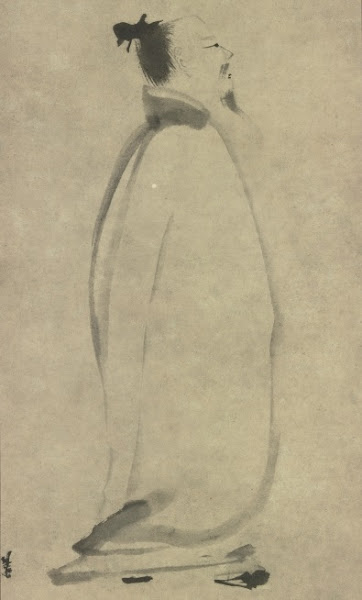 A cup of wine, under the flowering trees;
I drink alone, for no friend is near.
Raising my cup I beckon the bright moon,
For he, with my shadow, will make three men.
The moon, alas, is no drinker of wine;
Listless, my shadow creeps about at my side.
Yet with the moon as friend and the shadow as slave
I must make merry before the Spring is spent.
To the songs I sing the moon flickers her beams;
In the dance I weave my shadow tangles and breaks.
While we were sober, three shared the fun;
Now we are drunk, each goes his way.
May we long share our odd, inanimate feast,
And meet at last on the Cloudy River of the sky.

If you'd like to see a comprehensive listing of his books, here are some of the highlights of my collection (the ones I own are marked in bold): 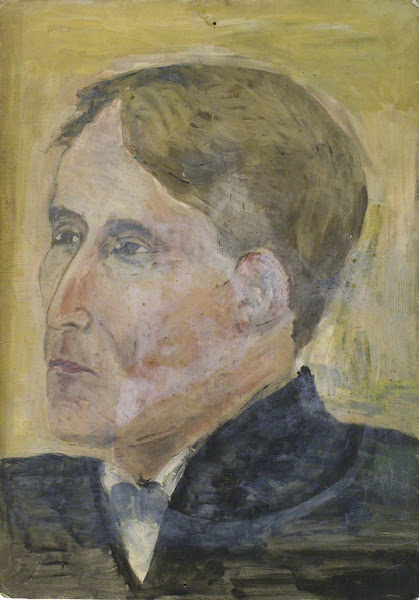 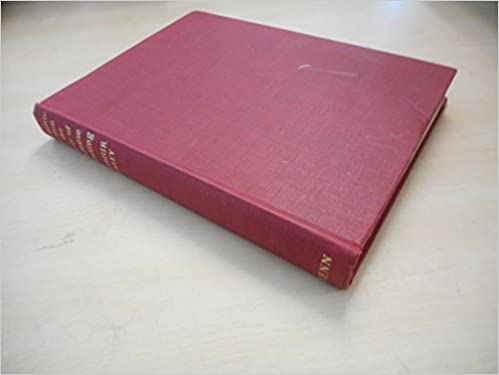 Arthur Waley: An Introduction to the Study of Chinese Painting (1958)