Don't Think It Couldn't Be You 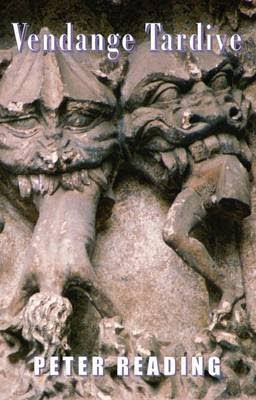 
Well, it's happened again. I was just looking up a few details for my lecture on Peter Reading on Saturday when I saw that he had died:


They told me, Heraclitus, they told me you were dead ...


I have to say that the news left me feeling quite upset. It was almost exactly the same sequence of events as I experienced with J. G. Ballard a couple of years ago: you start checking someone's dates online, and next thing you know, you find out they've been dead for months ...


as he says in his most famous poem, Perduta Gente [Lost People] (1989), exploring the cardboard canyons of the homeless in Thatcher's Britain.

"Don't think it couldn't be you" -- now that Thatcher's been Hollywood-ised, another notch in Meryl Streep's list of accents, it's hard to remember that cold face presiding over Nuremberg-style rallies at Brighton, the faithful baying with ecstasy as she preached her crusade against the poor, the starving, the mentally ill:

grievously wounded veteran of the Battle of Bottle,
jobless, bereft of home, skint,
down in the cold uriniferous subway ...


It's a curious irony that she should have ended that way herself, her mind betraying her, all that self-reliance eroded into complete dependency on the social services she so deplored. 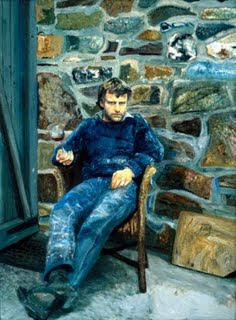 
But who was Peter Reading? The "laureate of grot" was one disimissive phrase (dreamed up by hollow-man pundit Blake Morrison) ... People who considered themselves quite well-informed on contemporary British writing would turn out never to have heard of him. To me, he was one of the very few justifications for even daring to speak of a contemporary British poetry scene.

You loved him or you hated him. For most readers, it was clearly the latter. His strange books, with cut-out newspaper clippings, classically turned verses, scribbled notebook entries all jostling for position on the page, were calculated to excite or offend.

When Perduta gente first came out I was living in Scotland, recently targetted as the victim of one of Thatcher's bigtime social experiments: the poll-tax. The subject matter Reading had chosen did not surprise us; what was really surprising was that no-one else seemed to be writing about these things. All the news round the streets was that the last time someone had tried to bring in a poll-tax, it had led to the Peasants' Revolt ...

That's not to say that he was neglected, exactly. After his London publishers dumped him in the mid-nineties, Bloodaxe Books of Newcastle reissued his entire back-catalogue in three successive volumes of collected poems. He ended up being one of the most extensively available poets around: another factor in this being the decision of the Lannan Foundation in America to record his entire back-catalogue on a series of DVDs - 24 hours or so for him to read out 26 separate poetry collections.

And here they all are: 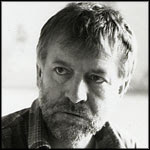 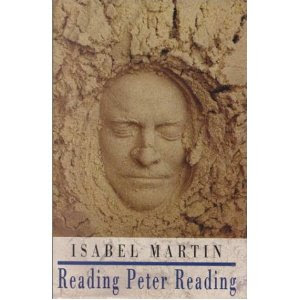 It is, however, revealing that the one major critical work about him was written in German, before being translated and published (in somewhat abridged form) in English. There was something a little "European" about his immense, concentrated pessimism; his decision to be a professional Jeremiah. The UK newspaper obituaries tend to concentrate on the his (alleged) "sense of humour" - as if that were a kind of excuse for daring to take things so seriously for so long, in such a thoroughly un-English way.

I suppose, too, that some saw a degree of affectation in his refusal to take up the usual "poetic" ways of making a living: the Academic teaching, the light journalism and reviews. Instead, after an early stint at Art College, he worked as a weighbridge operator for almost twenty years, a job which he claimed gave him "plenty of time to think."

That is, until a newly appointed manager tried to get him to wear a uniform. He promptly resigned and (according to Isabel Martin, his principal witness to the world) managed to achieve depths of indigence rivalling those of his characters Mucky Preece and Boris the Swine in Perduta gente, until he was rescued by the Americans.

Reading's books are complex, intertwined, Dickensian in their balancing of form and content. Their message is grim, but his late shift from social to ecological lamentation certainly showed a refusal to settle into any reconciliatory "final manner" - no Shakespearean late romances for him. The very last one, Vendange tardive seems, in retrospect, prophetic of a mind at the end of its tether. There was little more to say that hadn't been said already, so many times over, but those last words of Perduta gente somehow had to keep sounding out:


It seems a fitting epitaph.

If you'd like to hear the man himself in action, reading from his later works in the Lannan Foundation archive, here are a few links:


For the rest, what can I say? A great soul has passed. No-one can claim he didn't warn us, though, to the very utmost of his ability. We'll regret not having listened more carefully as the last tree falls in the ash-pits of the future. Thanks for the notice, Jack. I hadn't realised either.

Jack. I didn't know Reading was dead I have long had an interest in Reading (I think Scott put me "onto" him) although I hadn't read him for while until you mentioned him before on here a few years ago I think it was (possibly in relation to that anthology of British poetry or you might have also mentioned the equally great Stevie Smith ) but I liked his "humorous" things...he used satire but his "gritty" and subtle or supple language use was strong.

Somewhat of a bridge between some of the poets associated with Prynne etc and say (Raine - not that I've read anything by him, another writer I haven't read - or the more "realistic poets" from hmm Larkin to Adrian Henri (God save my soul)...Raworth and David Jones fit in here somewhere as well as Bunting...and ... and

But the thing is..fr barging rights or "just for the record" was it you or I that "got" Leicester "onto" Reading?

Leicester liked his work a lot. It suited his rather grim sense of humour (laced with a good dash of humanity etc!)

I have praised Scott's "essays "on his Blog but I think you should also try to make a book of your entries here in some form or variant of: they have much informative stuff and you present it so well and have a great layout and beautiful illustrations.

The equivalent for me would be very expensive literary mag. So I feel you shoo get book together of your essays etc and Blog posts and make money (or just kudos!) out of it (them)...I am sure you could.

Whatever: each time I read here there is something I haven't read or I have not paid enough attention to...a good thing...stimulates informs teases irritates annoys bothers pleases puzzles infuriates amuses or goads me into action (means reading... pun accidental but left in now... for me!) ...

So, he's gone. He was just one year older than I am now. yes, these things can happen.

All my heroes are dead bar one yet Thatcher lives on.

Reverse Seasons
From a Moron
After Gerard Manley Hopkins

Margaret, do you regret
beating my home town into debt
with your privatisation
obsession, humiliation
spread like shares: you take the cash;
public shame for the working class.
As your mort sounds, memory ails;
do you remember the dead? Wales:
a taxi driver; Yorkshire lost
three kids. Was that the cost
you factored in; part of your plan?
Twenty pound notes waved to poor men
from backs of Bedford vans.
Your iron blight almost slayed me;
alas, Margaret, you made me.

Thanks for this thought-provoking tribute to a fascinating poet, Jack.

Is that a poem by Reading or you? It is good indeed.

Thatcher, the daughter of a grocer, would say she was doing the right thing. Who is to say? I recall the war over the Falkland Islands and I thought it was better to negotiate with the Argentinians.

But I'm not a Caesar! It is a class view and a view that tradition and hierarchy etc are needed. But if one is a coal miner or a woman who has to care for children and is poor and or not well etc, these theories of the right are less attractive.

Reading claims he wasn't (too) political I see. And it could be argued he is rather too dour and dark (as many passionate and caring people become when they see the world isn't the way they hope it might be.)

Thatcher might argue that by curbing spending etc etc she was building a "better Britain" / world.

She is not unintelligent as she worked as a research biochemist (student) with Dorothy Hodgkins, (Thatcher who kept a portrait of her in her office). Hodgkins, working with x-ray crystallography etc, did very important research into the nature and structure of insulin, B12 and other biomolecules.

The irony was that she, unlike Thatcher, was quite left wing liberal (at one stage she had a liason with an ex-Communist and she herself had communist affiliations and fairly liberal views)...

So Thatcher should have known better? But she was influenced by book that argued that state intervention lead to fascism...so who knows?

What makes us different in our ways of seeing the world?

We can come a long way from poetry and range to chemistry, women, social and political morality, women and men "achievers" and non achievers.

What makes us take these different paths or roads not taken in life as we do? I feel a great novel (or soap?) coming on!!

Thank you Richard, the poem was my passionately vomited response to reading these Police memories:

If Reading was bitter he managed to put it to better creative use than I have but I've a few more years in me to try.