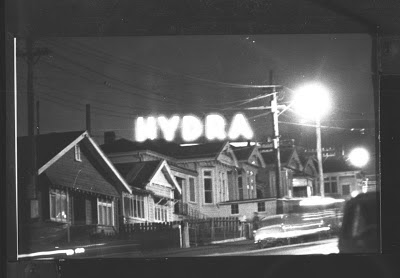 12 years into the new millennium
the shops and offices on Albert St.
are emptyingFOR LEASE

Ford Laser looks right at home
on Fanshawe St.Pull over
(no reason why) by Victoria Park 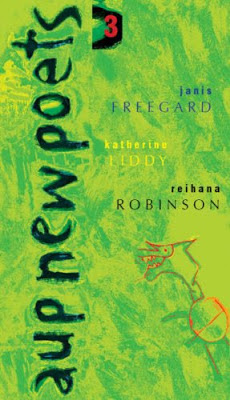 So far only Katherine Dolan (published above as Katherine Liddy) has responded to the challenge to produce her own version of the opening of Dante's Divine Comedy. Her translation is characteristically sharp and focussed, I feel, with some particularly happy choices in "my self's mere" for lago del cor [lake of the heart], and "feral bush" for selva selvaggia [savage forest].

I very much admire her transposition of that trade-mark Dantesque extended metaphor about the swimmer escaping from the waves, too:


And just like one who, gasping,
spat up from the sea on the shore,
turns to the breakers and stares,

so my soul, still a runaway,
turned back to look on the pass
that never let out a living soul.


I suppose I still have to have a go at it myself (as promised), though, despite feeling a marked inability to compete with Katherine.

I don't know if the above can count as any kind of a translation, but it's the best I seem able to produce at present. I guess it's more of a continuation of the poem "Xmas" which I posted on this blog some six years back, on 3rd December 2006, than any kind of response to Dante's quest narrative.

Is he just a "garrulous old Italian," though, as Katherine claims in her comment? I take her point that a lot of people may undertake the task of re-presenting his words as a kind of embodiment of the spiritual path (a little like walking the lines of the Chartres labyrinth). I can't help feeling a certain awe at the precision and sharpness of his imagination, though, even after all these centuries.

It may be a bit much to claim him as a proto-SF writer (as so many have done), but his tale still remains far more readable and even terrifying than any other medieval (or even classical) epic I can think of - with the possible exception of certain sections of the Iliad ... 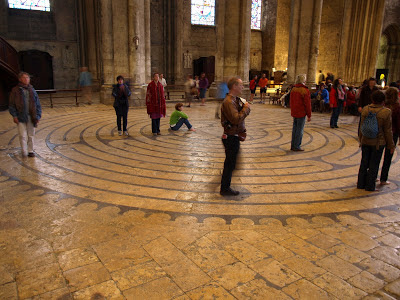 Eep! I had a feeling I'd regret that flippant remark. Obviously the Divine Comedy is a gigantic imaginative triumph. The truth is that I've had trouble getting into the D.C. before now because of all the references to obscure political figures and Medieval religious guff.

Your recent posts show that Dante is actually pretty accessible though, even inspiring me to listen to audio recordings of the Longfellow version on Youtube. The descriptions got under my skin so much that they produced technicolour nightmares. But I do wish I could read Italian (like Paula Green) because translation usually leaches the flavour out of poetry. For example, the Aeneid is exceptionally beautiful in Latin but pretty much a big fat bore in English. The Iliad and Odyssey seem more portable that way.

Given that it's impossible to replicate every single aspect of a poem in a different language, the broken-down 12-12-12 solution works extremely well. The potent aspect of the opening lines, (traumatized emotional atmosphere), is preserved intact and then is able to attract the relevant details as if they were floating ions. The Hydra sign is especially good/horrific.

ps I have a bad habit of ditching blogs. My new one is here http://fireina55gallondrum.wordpress.com/

& how was the hobbit?

Yeah, I think you're probably right about the Italian, Katherine. It's not until I was laboriously steered through canto after canto of the Inferno in stage three Italian that I was actually able to regard it as any kind of a poem - as opposed to the bizarre verse adventure-story Dorothy Sayers (with the very best of intentions) had made it into.

Martin, I'm afraid that you detect me in what we in the trade sometimes refer to as a lie (perhaps "poetic fiction" might be a bit more face-saving). I haven't actually been to see The Hobbit yet, but my expectations are low. How about you? Have you seen it?

The union-busting, crew-abusing tendencies of the production have so outweighed the aesthetics of the project that it's hard to know exactly how it could be transformed into a barrel of laughs ...

That picture is memorable for me. I used to live not far form there about 1969 and I remember the Hydra sign. What is ominous about it? At the time I didn't know it was a monster as it happens.

It was a meat company with a road // to Ponsonby Rd. I actually liked the place (it was a bit run down and so on) and thought of applying for a job there as I had worked at Hellabies.

But although I didn't irite any "official" poetry I used to write the odd one and then give them away to students and in fact one night I chalked a poem on the road in large leters not far from the photo's location. There was another neon sign (something else - as well as meat works and slaughter houses I love at night) and it was for cigarettes (Pall Mall I think) and in front of a few companions I chalked a poem on the road. "BOLD GOLD..." was what I started with as that was on the sign - that's all I recall! I recall being about 21 or so to make endlessly creative poems (or it felt as though I was - I certainly had more ideas (and brain cells!) than I do now at my advanced age!) with so much ease in those days, and a lot of people liked them but I was indifferent to them, and I destroyed almost everything I wrote.

But it was in those days a working class area and an exciting place to live as we could walk into town.

I didn't drink or take drugs or go to (many parties in those days) ... the entertainment (for me) was political shite stirring etc

Later about 1975 I could have got a house for $10,000 but it needed reblocking and was not easy to finance. I have quite lot of slides and photos of Ponsonby etc taken in those days.

Re the Commedia, I (more recently) read through all 3 vols of the Sayers books - but I think the ticket is to do that, get the info and commentary, and then re-read it.

My reason for reading it in the old days was Eliot's fascination for it. He was also big on Virgil, but I am not impressed by much I have read by him (but it is years since I did Latin so I cant read him or the Illiad in Latin unfortunately).

But from my experience there are not many poets any where or at any time who go past Eliot. But not knowing Latin or Italian it is difficult to judge. But Eliot really believed in evil and God and all that. Dante's hell is bizarre - he even puts Mahomet - a "schizmatic" - in it!

Re the Hobbit - my son (he came here in 2006) had the three Lord of the Rings things which I loved. (I especially was fascinated by the Gollum, the Gollum is what makes the whole thing - with some dwarves witches and wizards and orks etc thrown in so to speak!

I don't think that those who made the film had any political ideas at all (and he exaggerates the political implications of LOTRs by Tolkien) so you can forget all of Scott's pontificating and go and enjoy the Hobbit - now I HAVE read that and it was great so my son and I are looking forward to seeing the movie.

I must read LOTRs one day. Vic got through it! (It was also favourite of my ex wife's bless her...she even read a bio of Tolkien if there is one?).

LOTRs is about the good old struggle of good versus evil and so on. Tolkien has it seems created an epic to rival Homer's or Dante's

I can now report that Michael Steven has posted his own version of ll.1-30 of the Inferno on his blog Ballast Lane. He's taken a quite different tack from either Katherine or myself, preserving the rhymes, and giving a kind of Lowellian fierceness to the whole ...

And I thought I was being delicate. . .

- as delicate as "a hollowpoint from a Beretta" - though I guess it's true that I myself rather majored on the flashing knives in that old Bacon factory on Ponsonby Rise ...