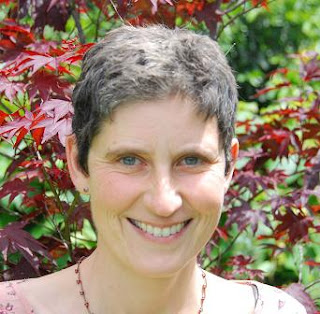 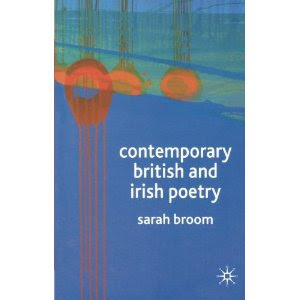 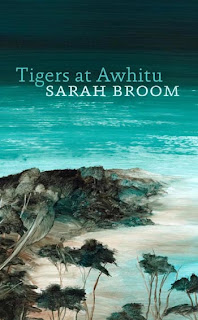 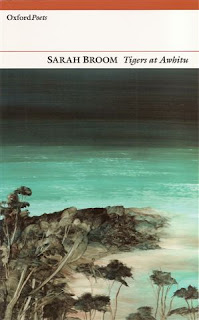 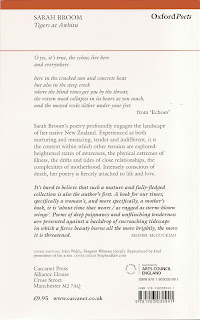 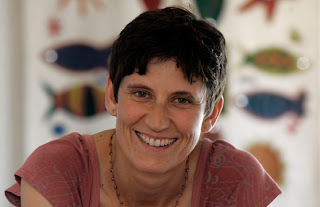 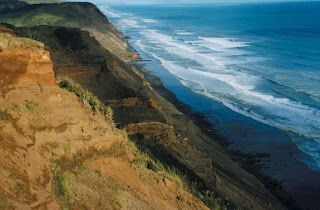 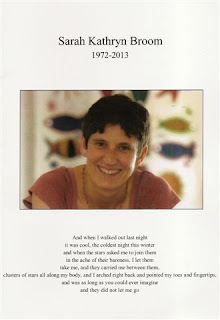 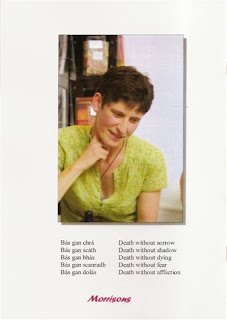 This is sad news and a very moving tribute Jack. Your stories convey Sarah’s unusual humility, courage and talent. And I’m glad to learn of her poetry; the Stevie Smith poem is very fine. Right, now I’m off to order “Tigers at Awhitu” and “Other Animals”…

I am also very sad to hear of Sarah's death. I knew her way back in 2002 when I was in Dunedin and met up with her again in Auckland years later after she'd had treatment for cancer. I have 'Tigers at Awhitu' on my bookshelf. My thoughts are with her family.

Dear Jack, thank you for this. I'll miss her very much. xxJen

Very sad to hear this news.

Thanks for your comments and good wishes.

I'll be attending mainly because I think I should, but also because I know there are a lot of other people who would come along if they were able to.

I've had a message from Paula Green saying that the family is particularly anxious that as many as possible of her friends from the writing and poetry world should be there.

Jack I just read this. I did see her I think at a launch of one of her books, and was it also Jen Crawford's book? She seemed a very nice and talented person and read very well.

I was interested in reading her survey of British poets but I failed to follow that up. I didn't realize her illness was so bad. I saw an article about her work etc in the local community paper.

That poem above is powerful. The Blakean influence doesn't matter she uses it brilliantly there. Very astute. I didn't Stevie Smith's "famous poem"...hmmm...

Sad, very very sad, to see someone so young and talented die. She was the same age as my son.

I will get her books (I also like the idea of more than one edition etc as you know but I'm not quit in your bibliomaniacal league! But I am slowly encroaching....)

But it is quite bad, a loss of great potential, and of life.

Sarah was a dear friend; your recollections are lovely. She will be most missed.

Dear Jack, thanks for this tribute - I never knew Sarah Broom and I can see now life is less for it BUT what you have shown of her writing is inspiring. Best wishes to you, Kelly

'and yes he was
drowning, not waving, now we know,
and isn’t it hard to tell?'

Profound in every way.