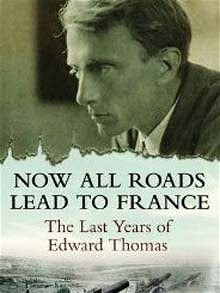 
I've just been reading a fascinating new biography of Edward Thomas entitled Now All Roads Lead to France, by a certain Matthew Hollis. It's really the first book I've ever come across which seems to do justice to this strangest and most solitary of poets. 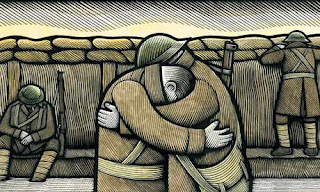 
What was he, after all? Not really a war poet, although he's often grouped with Owen, Sassoon and Rosenberg. None of his poems is exactly about the war, though it's looming at the back of almost all of them.


Not a Georgian, either. He didn't appear in any of Eddie Marsh's five bi-annual anthologies, and - while he knew and was close to many of the contributors - even his nature poetry was somehow in a different vein from theirs: more urgent, embattled, harsh ... 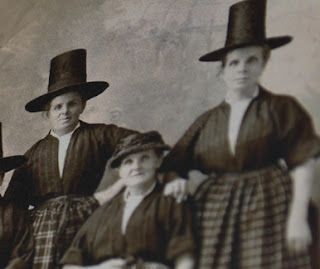 
For that matter, he wasn't really English. He always felt like a foreigner there. But then he wasn't exactly Welsh either. For all his sentimental attachment to the country of his ancestors, he was born in London and it was the countryside of the Home Counties that he knew best, and which he celebrated in some of his greatest poems ... 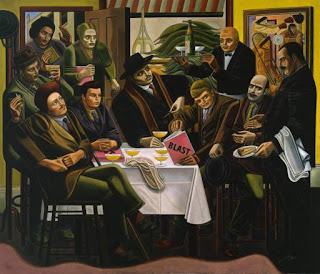 
He certainly wasn't an Imagist, or a Vorticist, or a member of any of those early Modernist movements promoted by Ezra Pound and his friends in those heady days just before the war (though he did know Pound, and even reviewed him favourably - on occasion). 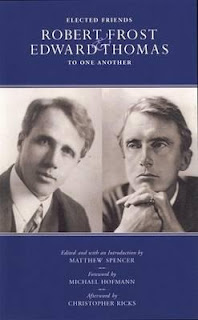 
He's often seen, instead, as a member of a group of two, consisting of himself and Robert Frost. It was Frost, after all, who coined that phrase about the "sound of sense" which was supposed to characterise the lyrics and blank verse in early books such as North of Boston or Mountain Interval.

Without Frost, and his friendship and encouragement, it's quite possible that there would have been no poems at all by Edward Thomas, but - despite that - the two still don't sound all that similar. "The Road Not Taken," beautiful though it is, has a kind of cracker-barrel common-sensical tone to it which does not characterise Thomas poems such as "This is no case of petty right or wrong" or "As the team's head-brass" ...

Now all roads lead to France
And heavy is the tread
Of the living; but the dead
Returning lightly dance:

Whatever the road bring
To me or take from me,
They keep me company
With their pattering,

Crowding the solitude
Of the loops over the downs,
Hushing the roar of towns
And their brief multitude.


They're not really startlingly well-written. He was never entirely easy in his relationship to rhyme. As a prose-writer with over a decade's experience before he turned to writing prose, blank verse was a far more natural idiom for him. But, like Hardy and Melville before him, somehow this slight clumsiness seems to turn to his advantage.

One never feels that Edward Thomas is saying something for the rhyme, or because the ease of idiom has lured him on. Again and again, it's that slight roughness in the voice that catches the attention, that explain why this body of poetry written between 1913 and 1917 continues to live when other, more facile voices have faded away almost entirely. 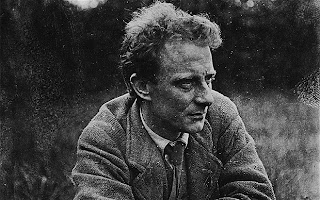 
I love his poetry. I've loved it ever since I first bought a copy of Edna Longley's annotated edition of Poems & Last Poems sometime back in the early 80s. Most people come to Thomas through the Collected Poems, I suspect, with its slightly carping (and sentimental) preface by Walter de la Mare - and its rather odd ordering of the poems.

The advantage of Longley's edition (now available, in greatly expanded and revised form, as the Annotated Collected Poems) was its chronological arrangement. One could see where Thomas began and where he ended. The disadvantage was that she couldn't include the extra poems not included in either of those two books, which meant that his very first substantial poem, for instance ("Up in the Wind"), had to be excluded.

It did include one of my very favourite poems, though - "The Gallows":

There was a weasel lived in the sun
With all his family,
Till a keeper shot him with his gun
And hung him up on a tree,
Where he swings in the wind and rain,
In the sun and in the snow,
Without pleasure, without pain,
On the dead oak tree bough.


What price The Wind in the Willows now? There's something distinctly unsentimental, knowledgeable about Thomas's view of gamekeepers. He and Frost had a run-in with one once which sayed in his mind for a long time afterwards. He somehow persuaded himself that Frost, by offering to fight the man, had acted the hero, while he, by trying to calm the situation down, had proved his own cowardice. Hollis sees this as one of the motivations that drove him to enlist as a soldier.

There was a crow who was no sleeper,
But a thief and a murderer
Till a very late hour; and this keeper
Made him one of the things that were,
To hang and flap in rain and wind,
In the sun and in the snow.
There are no more sins to be sinned
On the dead oak tree bough.


"Made him one of the things that were." Do you see what I mean about that slight clumsiness, that catch in the throat that makes him phrases stick in your mind whether you like it or not. It's not clear if he admires the crow or not, but he certainly knows him. "There are no more sins to be sinned / On the dead oak tree bough": have you ever come across a more brutally reductionist view of the afterlife than that?

There was a magpie, too,
Had a long tongue and a long tail;
He could both talk and do -
But what did that avail?
He, too, flaps in the wind and rain
Alongside weasel and crow,
Without pleasure, without pain,
On the dead oak tree bough.


Here I think Thomas makes a brief appearance in his own poem: "He could both talk and do - / But what did that avail?" What better summary of the first decade of his adult life? The endless string of books, articles, reviews, each bringing in a pittance - the terrible grinding poverty of his married life, the hungry children, the need he had to retreat from them periodically in order to "spare them" from his black moods.

One day he took a revolver (or a bottle of poison: it isn't clear) and went out in the woods to kill himself. He was interrupted before he could do it, but ever afterwards he made sure to have the "means" close to hand - he couldn't rest otherwise. He wrote a short story about it, but there's little doubt that it's a real experience he's writing about.

And many other beasts
And birds, skin, bone, and feather,
Have been taken from their feasts
And hung up there together,
To swing and have endless leisure
In the sun and in the snow,
Without pain, without pleasure,
On the dead oak tree bough.


Thomas, an artilleryman, was killed by a German shell which went so close to him that it literally sucked the life out of him (he'd narrowly escaped being blown up the day before by one which proved to be a dud - they'd all been celebrating his narrow escape just hours before).

He kept a diary in the trenches, and there are even a few lines of verse in it. He had a lot more to say, a lot more development to live through. it's hard to avoid the impression, at times, though, that for him this solitary death was a blessed release.

Whatever the truth of that, his poetry repays study. He's not one of those writers you can "quite like" - with Edward Thomas, you either love him or are indifferent to him. I find his lines, some of them, sounding in my head almost every day.

Funnily enough, though he wrote so much in such a short time, the literary critical battles continue over the best way to present his texts. R. George Thomas's 1978 edition of the Collected Poems superseded both the existing Faber text and Edna Longley's annotated edition. Thirty years later, though, her Annotated Collected Poems restores a number of the titles given the poems by Thomas's first post-war editors, rather than the first-line titles preferred by the 1978 editor.

Who can say who's right? The matter is a complex one, but one which rouses strong passions in his admirers. It seems somehow characteristic of this contrary, complicated man that a stable text of his poems can never really be established for certain.

I prefer to see it as a series of Thomases, each subtly different, looking up at me from each of the settings which have been contrived for his poems. Hollis has given us one more, but a particularly fascinating and well-informed one.

Thinking about him got me to thinking about some other "Thomas' poets, though. Coincidentally, I happen to have bought books by all three of them in the past few weeks, so it seemed a good excuse to do a spot of comparing. All Welsh - though in very different ways - all obsessed with death - though, again, quite dissimilarly ... 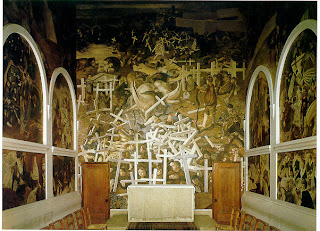 I find it hard to warm to Edward Thomas (in contrast to Dylan and perhaps R.S. Thomas, both of whom I have read fairly extensively) but there is certainly a strangeness in Edward Thomas. That "Up in the Wind" is haunting, somewhat like a Frost poem. Frost goes straight into top gear and we all know many of his poems but there cant be a big following of Edward Thomas. But I see I picked out a Selected Poems and also have a Wordsworth classic which has a good number of his poems including "Up in the Wind".

There is certainly a Hardyesque melancholy. And I recall you put him in your list of poets before referring to

I read through a lot of R.S.Thomas's poems and he seems to have (almost) the same theme throughout (although this is simplification and perhaps I mean tone which is normal in a poet). But there isn't the development perhaps...They are often beautiful poems but still for me one of the most memorable is the one when he visits the dying man.

I read memoirs by D. M. Thomas but must have sold it. Alan Curnow was influenced by Dylan Thomas. He also knew him or had met him personally. Or am I thinking of someone else? Hearing Dylan Thomas read was what caused Dan Davin to stop writing poetry. (Perhaps that was a good thing.)

My favourite's "The Owl"

I must confess I don't know your Thomas, Jack. This piece has prompted me to investigate further. Thanks for that.I like the town's 'brief multitude', I presume he means brief in space and time in the day.