A Clearer View of the Hinterland

Well, some of you may have noticed the following announcement on Beattie's Book Blog yesterday:

A Clearer View of the Hinterland:

A Clearer View of the Hinterland
The first of the 33 poems and sequences reprinted here was written in 1981, the latest in 2014 – a time-lapse of thirty-three years. As Paula Green put it in 99 Ways into NZ Poetry: “Jack Ross writes poetry like an inquisitive magpie, a scholar, a linguist and a hot-air balloonist … The end result, in contrast to some experimental work, promotes heart as much as it does cerebral talk.”
A Clearer View of the Hinterland is Jack Ross’s fifth full-length poetry collection, and his most substantial to date. It reprints four complete poetry chapbooks, as well as including extracts from numerous others. The poems on offer here include love lyrics, experimental texts, and translations from a variety of languages.


It’s hard to imagine a writer better equipped to give context through paratext than Ross, for whom form and format are always expressive. – Jen Crawford, brief

About the Author:
Jack Ross’s publications include four full-length collections of poetry, three novels, and three volumes of short fiction. He has also edited numerous books and literary magazines, including – with Jan Kemp – the trilogy of audio / text anthologies Classic, Contemporary and New NZ Poets in Performance (AUP, 2006-8).

If you'd like to know more about the book, I can hardly do better than point you towards Mark Pirie's HeadworX website, where there are a couple of sample poems, as well as a link to the online annotations for the collection (it seemed better than loading up the book itself with a lot of fairly specialised source details).

More to the point, you could order a copy right now from Mark Pirie's site (should you wish to). If you'd prefer to wait and have a look through it first, we're planning a launch sometime in late November / early December, together with Tracey Slaughter's novella The Longest Drink in Town, which is being published by Pania Press.

And in the meantime, here's a clearer view of that cover image of Graham Fletcher's: 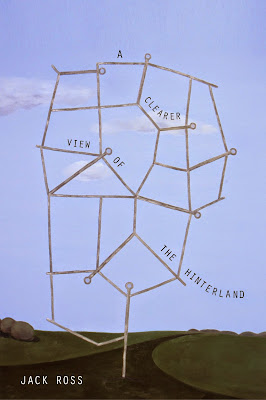 Good on you Jack. I'll buy one off either HeadworX or get one at the launch if you let me know.

You'll certainly be receiving an invitation to the event, just as soon as we've decided on such minor details as date / venue etc.

Congratulations, Jack! So pleased it exists. Looking forward to seeing it soon.