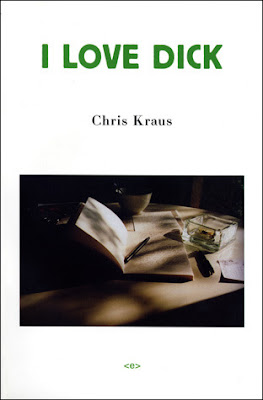 
What an absurd idea! I remember first hearing about the book shortly after it had come out, from Vanessa York, the managing editor of our short-lived local periodical of ideas, The Pander. 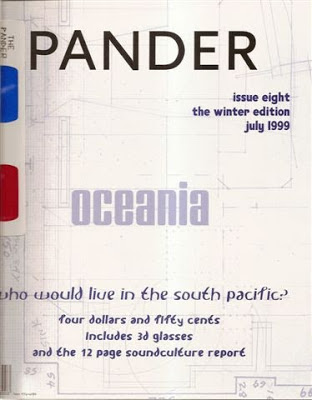 [after a description of a small town in New England]: "Don't you see why the people here actually looked forward to dying?" (p.105)

[on the activist Jennifer Harbury] "Hearing her that November in the car made me reflect, however briefly, that perhaps the genocide of the Guatemalan Indians (150,000, in a country of six million, disappeared and tortured in ten years) was an injustice of a higher order than my art career." (p.142)

[on female suicide as opposed to male] "Dear Dick, I want to make the world more interesting than my problems. Therefore, I have to make my problems social." (p.196)

[on the "self-consciously provincial burg" Wellington, where she got her BA]: "Southerly winds and rain pelted Wellington for six months of the year. Winters were gargantuan and mythic. Some years guide-ropes were installed downtown so that the city's lighter residents would not be swept away: thin people in oilskin parkas floating over cars on Taranaki Street, drifing like balloons from the city to the harbor, clear over the Cook Strait to the South Island above the Picton Ferry. Every year or so an article by a distinguished cultural celebrity (a writer or a broadcaster who'd travelled 'overseas') would appear in the New Zealand Listener likening Wellington to London or Manhattan. The whole city was delusional." (p.223)

Sometimes, admittedly, the truth hurts. One can't get away with the usual escape-clauses about how Kraus doesn't know the "real" New Zealand - how she was just a tourist. She wasn't. She may have been born elsewhere, but she grew up here, and her decision to get the hell out in her early twenties doesn't stop the country cropping up almost obsessively in her later writing.

Hang on a sec. Doesn't that sound a bit like someone else who got out? Someone a bit like - Katherine Mansfield (for instance)? And, sure enough, right on cue, here's part of her - quite extensive - riff on Mansfield:

Katherine Mansfield craved a slice of life so badly she invented it as genre. Small countries lend themselves to stories: backwaters where the people stuck there don't have much to do besides watch each other's lives unfold. (p.252). 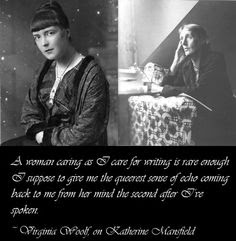 
The whole of Owen Marshall's career might be summed up by that last sentence. Kraus, however, goes on to compose a whole story in faux-Mansfield style: the romance between the "authentic local" Eric Johnson and "shallow, flighty Constance [Green], still a welter of opinions and hip clothes" (p.253) - this after four pages (242-44) on the larger significance of Mansfield's career. The mini-bio concludes: "It moved me so that tears came in my eyes" (p. 244). The story, by contrast, trails off into the line:


Perhaps the distances between them were not so interesting." (p.254)


There's a lot of madness in New Zealand. A famous poem by Alistair Campbell, Like You I'm Trapped, was written to his unnamed suicidal wife who'd been diagnosed as schizophrenic. Like You I'm Trapped claims the poet's right to project himself into another person's psychic situation. It's a beautiful poem but I don't know if I believe it. There's a lot of madness in New Zealand because it's a mean and isolated little country. Anyone who feels too much or radiates extremity gets very lonely. (p. 227)

It all reminds me a bit of Kendrick Smithyman's poem "Colville." Everyone he met from there told him "Oh, it's not like that now." So much so that he actually retitled the poem "Colville 1964" for Ian Wedde & Harvey McQueen's 1985 Penguin Book of New Zealand Verse. But, you know, it is still like that. Check out my 2010 blogpost on the subject if you doubt me.

Like Smithyman's poem, Kraus's analysis of New Zealand remains (mostly) valid because it's so dispassionate. She has nothing to gain or lose from placating or offending us. Our cultural gatekeepers and arbiters are not hers. She's succeeded in getting out there, "overseas," and has constructed her own cool hipster universe there.

There are some curious references here and there where one suspects a libel lawyer has gone through the text changing names. The actor "Ian Martinson," with whom Kraus shared a drunken New Year shag in the mid-70s (pp.229-30) - they met at the BLERTA House in Aro Valley - is clearly Martyn Sanderson (the fact that he is described as the star of a TV drama about the "aviator" Douglas Weir makes the identification with Sanderson, star of the 1975 drama Richard Pearse as near certain as anything can be).

Not that it matters particularly. It simply confirms that reading the book as a fairly straight report on experience (to splice in the title of another ambiguously "NZ" classic) is not unreasonable. There's a huge amount there, and it certainly repays reading and rereading.

Given its strict bounds in time (the initial dinner-party between Chris, her husband Sylvère Lotringer, and the eponymous Dick (identified by reviewers as art critic Dick Hebdige takes place on December 3, 1994; "Chris" is identified (then) as a "39-year-old experimental filmmaker"; Dick's final, brutal fax ending the infatuation / stalking is dated September 19 [1995]; the book appeared from Sylvère and Chris's joint publishing house, Semiotext(e) in 1997) twenty years on seems like a pretty good time to revisit: time enough for the dust to settle and the lasting value of Kraus's book to have come into sharper focus. 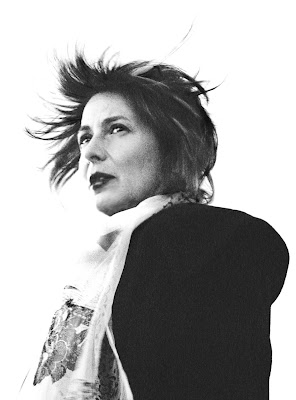 Interesting. I have to say I had never heard of her. But it looks interesting. A strange kind of inter or intra gendre novel. I see she is spoken of with the philosopher husband, hence Perec, such as Kathy Acker,and I saw a ref to Diane di Prima whose poetry I like a lot.

She seems an interesting woman and very talented.

Semiotext(e) ... I don't think I would bother with all the theory associated
with Baudrillard and the more recent philosophers, but her books might be worth a whirl, weather and time permitting one day.

I've just finished reading I Love Dick, blown away by the whole experience. I read it with no idea of the New Zealand connection. Yes, it is definitely the Great New Zealand novel- and it achieves this status by treating us as an aside, which of course we are. Loved her descriptions of Wellington- Butterfly Creek ( I went there in a primary school party and there took my first photograph- of the creek- with my box Brownie). I want to start reading it again. There are strange parallels with my own life...my mother June Black came out to New Zealand from America on the Niagra, on board was Katherine Mansfield's father, Sir Harold Beauchamp, who she struck up a conversation with, and told him she wanted to become a writer. She was about 15. He told her his daughter had been a writer, but she had recently died, and that he would buy her one of her books when the ship got to Honolulu. So they set off to find a bookshop, but they didn't have any of her books, so he bought her something else, I'm not sure what it was.
I'm also intrigued by the funding for the film she was making and why it was withdrawn. That seems to have been a missed opportunity for NZ, but then NZ really is very provincial, no matter how hard we try not to be.

Hi, im Giulia from Italy and i bumped in your blog because i'm writing my thesis on Chris Kraus I Love Dick. In particular i was looking for some information about a poem she quotes in the book. the poem is Like You I'm Trapped by Alistair Campbell and the web led me to your blog. The poem seems to be anywhere though.. I thought she might set the name up or something like this. Reading your posts (i read the Colville one as well:) i got the idea that you might know something more then me about it..?
I hope so,
thank you,
Giulia

The reason you can't find "Like You I'm Trapped" by Alistair Campbell is that that's not actually the title of the poem. It's called "The Trap", and can be found in his collected poems. I do actually have a pdf of the poem I could send you. You can find my contact details at work (including an email address) here: http://www.massey.ac.nz/massey/expertise/profile.cfm?stref=345930.

If you write to me there, I can send you the text of the poem ("Like you I'm trapped" is actually its third-to-last line).