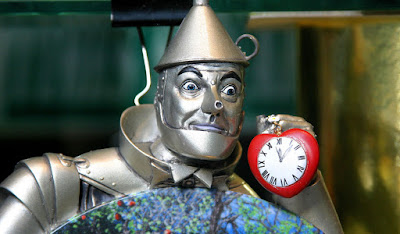 
I started this blog on the 14th of June, 2006, so this is the tenth anniversary of The Imaginary Museum's existence. Five years ago I put up a post which listed five major web projects I'd undertaken in the first five years of the blog's existence.

I've tried to do the same this time (albeit with somewhat shakier chronology). And, just as I remarked last time, every time I complete one of these endeavours I tell myself never again, but the impulse doesn't seem to have dried up just yet ...

So here they are, in rough chronological order: 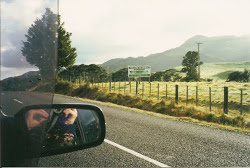 This blog is linked to my novel The Annotated Tree Worship (Forthcoming: Pania Press, 2016), and constitutes the "research project" undertaken by that book's protagonist - with somewhat disastrous results to his professional reputation ... If parts of it seem a little unusual for me, then, it's because they are supposed to have been written "in character." I is another, as Rimbaud once remarked. 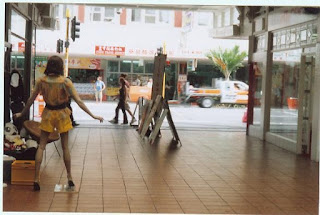 Pam Brown asked me to edit a feature on contemporary NZ poets for the American poetics site Jacket2 to match the one she was compiling on Australian poetry. It was a very enjoyable experience (the results can be looked at here, if you're curious), and it went live in late 2011.

As a result (I presume), they asked me to write a set of posts on NZ poetry and poetics for the Commentaries section of their site. This proved a little more arduous, and the results have received a certain amount of healthy criticism - not least from Vaughan Rapatahana, whose own Jacket2 commentary begins with the remark:

Jack Ross has ... enabled a series of earlier commentaries in Jacket 2 (during 2012), where he reflected about ‘my ongoing engagement with New Zealand poetry.’ Yet, Jack, for all his ensuing comments, never touched on the first New Zealand poetry that had existed on the shores of this country for hundreds of years before any English language versifiers ever entered the scene. This, of course is ngā mōteatea Māori, which necessarily must be included as a vital and ongoing component of Aotearoa poetics. ‘Maori language and Māori oral literature may come to be seen as being … crucial to the development of New Zealand literature … an acquaintance with Māori language and literature is a necessary prerequisite for making Olympian judgments about the nature of New Zealand literature as a whole’ wrote the late Michael King back in 1993.

It's hard to quarrel with Vaughan's position on that. I've tried to redress the balance a bit in my editorial for the latest issue of Poetry NZ Yearbook. There are certainly things I would probably write differently if I were to begin this task again, but one does, after all, have to start somewhere.

It sounds like a simple enough thing to do - listing your old essays and reviews on a single website - but in practice locating all the texts, scanning all the journals, and collating all the bibliographical information took far longer than I'd expected.

Nor did I have any real idea of how much work I'd actually done in this category (a few statistics: 290 separate pieces, published over 25 years, incorporating over 350,000 words of text). Now that it's done, it only requires updating every time I publish something new.

Occasionally I get flack about some of the information in one or other of these ancient pieces, which makes me wonder if it was worth saving them from the newsprint they could otherwise just quietly fade away on, but I suppose one should face up to one's mistakes as well as the occasional thing I may have got right. 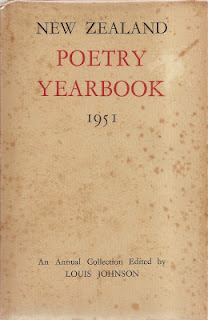 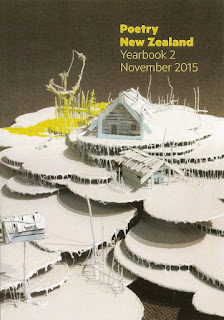 This one was a bit of a hoor to get finished, I must admit. "Never again, never again, never again," kept on shrilling through my head as I scrolled through issue after issue of New Zealand's longest-running poetry magazine, entering the contents onto my author index. But now it's done, and I never have to do it again! The only maintenance required now is to update it as each new issue comes out (something I already do - for my sins - for New Zealand's longest-running alt lit journal brief. 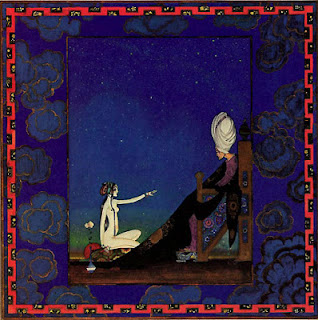 And, last but not least, a work in progress: the website for my latest Creative Writing course, our new stage 3 Advanced Fiction Writing paper, which I'm teaching as a kind of backward glance over traversed roads, as befits its status as a follow-up to my colleague Thom Conroy's Fiction Writing course (139.285). It kicks off in semester 1, 2017.

So what does the future hold for this blog - and for the bloggy empire to which it constitutes the gateway (38 at last count)? Who can truly say? These are deep waters, Watson.

More of the same, no doubt, but perhaps it might be a good idea to learn to expend my energy in ways which make more sense to the authorities presiding over my professional development: PBRF [Performance-Based Research Funding, for those of you lucky enough not to be in the know], for instance... Nah, just kidding. 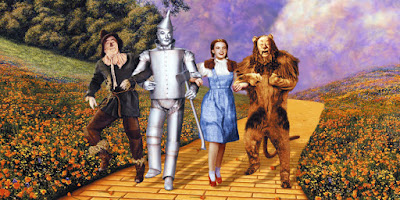 You've done a lot of work Jack. I was also looking at your online library. Some interesting stuff on there: an amazing work. I know what you meant when you said:"How would one find the books otherwise" (if not collated and nominated where they were). I was wanting to re-read some Gogol short stories, was sure I had a volume (although I had read a more extensive one from the AL system) gave up after looking through my short story section....later I found I had it by accident when looking for something else! Normally everything is alphabeticised and they go "missing" if I fail to replace them alphabetically.

My only disppointment was that you seem to have no separate category for Poetics, or Literary Non fiction...that is, perhaps a cross reference is needed. But I know that such a catalogue must have taken a huge amount of work.

I see you have some interesting quotes from Alberto Manguel's book 'The Library at Night' which I myself have quoted from especially that stuff about Aby Warburg.

The quotes from the bloke who knew Celan in his later years looked fascinating. They looked like small poems in their own right: 'mad' perhaps they were but intriguing.

It's so large though I could only dwell in part of it for a while! Like a real museum or library.

You are also extremely conscientious about borrowed books! Even the one I lent you, that strange book by Tom Phillips, 'A Humument' wherein he cut up an old novel and recreated it into a new thing. Amazing the human mind.

Congratulations on ten years of The Imaginary Museum, a great blog; also for the upcoming book! Sounds great. I love the idea of a professional guy derailed by an obsession with trees, if that's not too literal an interpretation. Looking forward to reading it. Best, Sacha.

Yes! Cheers Jack! Ten years of drivel...ooops I mean, great stuff!! I didn't notice that re another novel. I may have to review another Rossian epic. No? The Rosses both! I love trees, not necessarily NZ trees. I love those huge things, I think in the US they are called cottonwoods (Leicester was here once and I was surprised he didn't know, he didn't like Americans of Englishmen) - I like the mix of native and European or other plants and flowers...On the other side I have a lot of trouble with trees on my section and have had to cut some out as well as needing to use round up and amitriol to destroy weeds taking over the section. The trees die and become a danger. My father was always planting and growing trees but then cutting them down.

My daughter gave me Murray Bail's book about eucalypts in Australia and a love story for a present once. At one stage we agreed it wasn't that 'cutting edge' but in retrospect it was an interesting idea.

Today it is dark and threatening rain and some keen bastard is banging away with a hammer extending something or doing repairs. Why doesn't he or she pack it in and read a book?

That Wizard of Oz. I remember going to see that about 1956 or so. I went with the Hunters (my childhood friend Peter Hunter has won awards in the area of Bio Engineering and Science but his father, tragically, helped developed the Television systems for NZ - I no longer watch television it is terrible and has done no one any good, I recall that mostly growing up we had no television and didn't want it when it came...but as usual I digress): the Wizard of Oz from memory started in black and white and then went to colour. We saw that and another time Fantasia. Miraculous.

Rest assured that a full helping of Rossian drivel will be heading your way just as soon as we can finish getting Jaspreet Singh's novella "The Klinik" ready for a Pania Press dual launch sometime later in the year, Richard.

This time it's a kind of dual-novella (i.e. not too long). There aren't as many trees in it as the title would suggest, but hopefully there are some other attractions for the unwary.

We showed the Wizard of Oz to our secular godchild, Brett & Ellen's Rita Cross, a while ago when she was visiting. She loved it, though her parents seemed a little dubious. I had to explain some of the profound resonance of that b-&-w to colour shift to Brett -- along with the lyrics of that great song "You're out of the woods / You're out of the dark / You're out of the night / Step into the sun, step into the light" -- as clear an evocation of the Great Depression as any of Walker Evans's photographs. Salman Rushdie wrote an interesting book about the film.