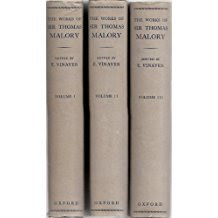 
There can be few things more satisfying than walking into a bookshop and finding a book you've been looking for in vain for half your life. That's what happened to me the other day in Devonport, where I came across a copy of the original 3-volume Oxford English Texts edition of Eugène Vinaver's magisterial edition of the Works of Sir Thomas Malory.

Bronwyn says that I suddenly go quiet at such moments, then, somehow, stiffen, a bit like a gun-dog scenting prey. Until it's safely bought and paid for, I can take nothing for granted. No conversation about it can be permitted until it's packaged up, in my possession, and we're both safely outside the shop.

My copy doesn't look quite like the one pictured above. For a start, the dust-jacket's a bit ripped. For another thing, it's a second impression, not a bona fide first edition. You know what? I don't care. It's covered in mylar, so the tears in the dust-jacket are of no consequence. Also, a number of the (very numerous) errors of the first edition have been corrected in this impression, without any major rethinking of its contents, which didn't happen until the second edition of 1967 (with further addenda in 1973).

Essentially, Eugène Vinaver (born Yevgeniĭ Maksimovich Vinaver in St. Petersburg in 1899) argued that Malory had not written a single book about King Arthur and his Knights, but rather had composed 8 separate 'tales,' which had been combined - probably after his death - by his first editor William Caxton. Caxton's edition of the (so-called) Morte d'Arthur, printed in 1485, had thereafter been the sole witness to Malory's intentions as a writer. 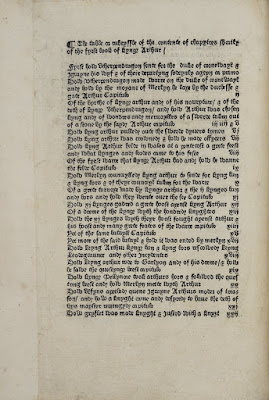 With the discovery - or, rather, re-identification - of an almost-complete manuscript of Malory's work in 1934 in Winchester College Library, the situation changed completely. Here's what it looks like: 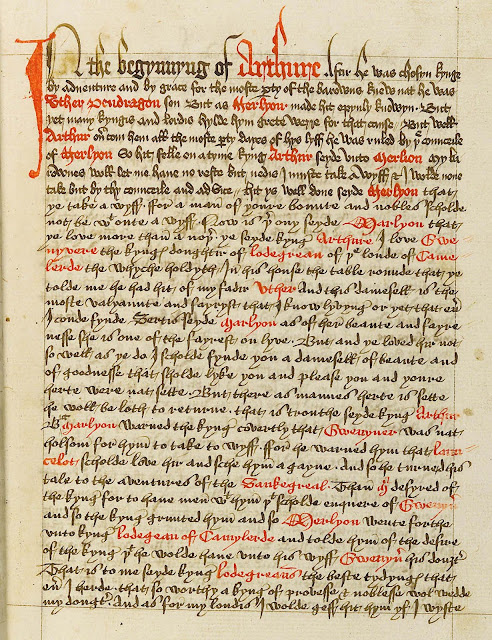 Vinaver saw it as a completely independent witness to Malory's intentions - still at some distance from the author's own manuscript, but a lot closer than Caxton's edition. Subsequent scholarship has now identified some of the ink blotches on this copy with the kinds of ink used in Caxton's workshop, which leaves the interesting possibility that this was the very copy Caxton used (or that he was at the very least aware of its contents), but this was not what Vinaver thought in 1947.

A little thing called the Second World War intervened between the completion of his editing work and the publication of this three-volume edition, but when it did eventually appear it started a landslide of reinterpretation.

Another feature of Vinaver's edition was his immensely learned account of the French sources Malory had used, and his complex justifications for their 'tapestry-like' approach to interweaving all the myriad threads of a story into the monstrous length of the 'Vulgate cycle' series of romances, was also a major contribution to Malory scholarship. Out went the automatic assumption that Malory's more 'modern' approach to storytelling was necessarily superior to that of his sources. In came the argument that he learned his craft as he went along, moving from crude beginnings to the sophisticated heights of his last two tales: 'Lancelot and Guinevere' and 'The Morte d'Arthur.'

I once wrote an essay where I compared this accretive method of storytelling in Malory to some of the narrative conventions in the 1001 Nights. In the process, I compiled an analysis of one of his early stories, 'A Noble Tale of Sir Launcelot du Lake,' which still inspires me with a certain awe at the amount of free time I must have had on my hands (it was in the period just after completing my Doctorate when I would do anything to avoid thinking about any of the issues contained in that).

At the time, I was forced to use a revised later edition of Vinaver's masterwork which seemed to me to lack some of the intensity and crankiness of his original 1947 text. So you can see that it was considerable satisfaction that it is this version, not one of the revised and 'corrected' subsequent reprints that I found in the bookshop. It couldn't really have found a better home, I suspect.

So here are some of the highlights of my Malory collection: 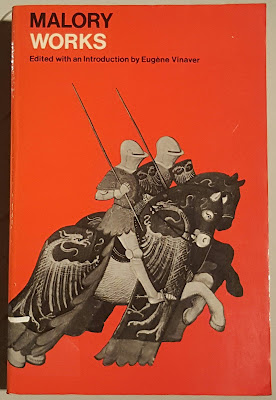 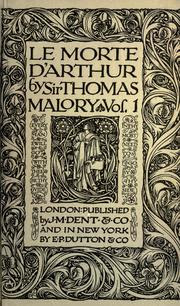 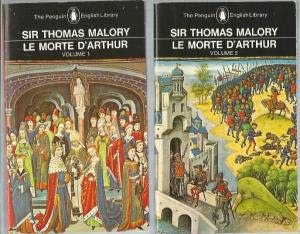 Malory: The Romance of Lancelot & Guinevere (1953) 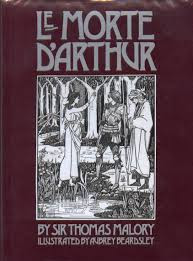 As for the even more vexed question of who exactly Sir Thomas Malory was (various candidates have been proposed - with varying degrees of plausibility), don't even get me started on that ... 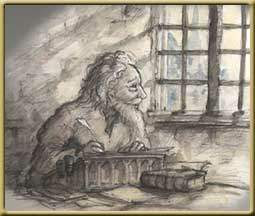