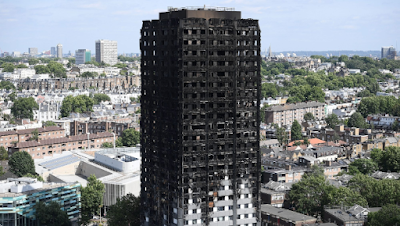 
We built this city on rock ‘n’ roll
– Starship


Waving two children onto the ride
ahead of youit crashes

what does that say
about divine mercy

or coincidence?
they heard them calling out

from the upper floors
as the flames rose

someone threw out a baby
someone else caught it

I don't usually write these sorts of topical poems - let alone publish them - but I had a strange dream the night before it happened (the first incident in the poem), and I found myself turning this out without really meaning to. Such a terrible, terrible tragedy! (I was going to say "accident", but from what's come out since, if that's what it was, then it was an accident waiting to happen ...)