The Worst Novel Ever? 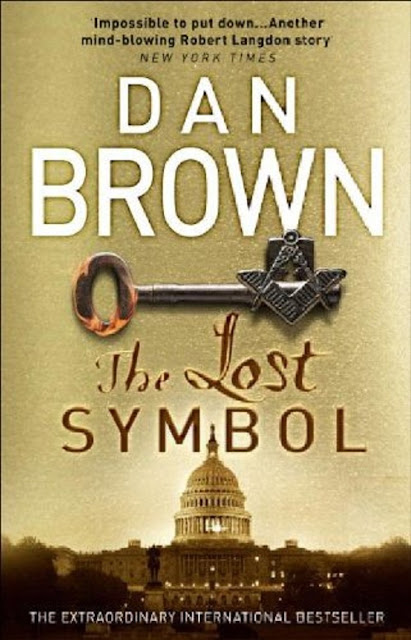 
Recently I've been entertaining myself by rereading a few of the masterworks of Dan Brown: Angels and Demons (2000), The Da Vinci Code (2003), and (for the very first time) The Lost Symbol, which I found in a Hospice Shop the other day.

I was, however, intrigued to see, on the wikipedia page devoted to the novel, the fact that "Slovene philosopher and cultural critic Slavoj Žižek [has] described the book as 'a candidate for the worst novel ever'."

The worst novel ever ... Really? I mean, even by Dan Brown's standards, it's pretty bad - a tired rehash of all the same characters and situations as its two rather livelier predecessors. It's so bad, in fact, that it drove me online to see if it was just me, or if other readers had noticed a certain lack of the old pizzazz in Brown's barking dog of a novel. Boy, did they!

The New York Times critic, while stressing the basic readability of the book, went on to liken the character Inoue Sato to Jar Jar Binks in the Star Wars prequels. Ouch! Other reviewers called it "contrived," "a heavy-handed, clumsy thriller,' "filled with cliché, bombast, undigested research and pseudo-intellectual codswallop," and, finally, "a novel that asks nothing of the reader, and gives the reader nothing back."

Yes, true, all true, and (after all) even the author must have known that it was not his best work. It took so much longer than its predecessors, to start with - with the publication date repeatedly put back - and anyone could be forgiven for suffering a bit of performance anxiety after the disproportionate success of the Da Vinci Code, both as a book and as a movie.

In any case, whether it's good or bad, it was also "the fastest selling adult-market novel in history, with over one million copies sold on the first day of release" - so Brown might well feel justified in riposting something to the effect of yar boo sux Slavoj Žižek: give me a buzz when one of your books does the same thing. 
I did feel a certain sense of déjà vu about the whole controversy, though. I remember having precisely the same discussion about what actually was the worst novel ever written with a classmate at graduate school in the 1980s. She told me that she had in fact stumbled upon it quite recently - it was by David Lodge, and it was called Ginger, You're Barmy, a thinly disguised autobiographical account of his time in the army under national service.

The reason that this sticks in my mind with such vividness, some thirty years later, is (first) because I had in fact read this particular David Lodge novel. And that - by some outrageous coincidence - my own candidate for worst novel ever written was another book by the very same author! I ask you, what are the chances of that? 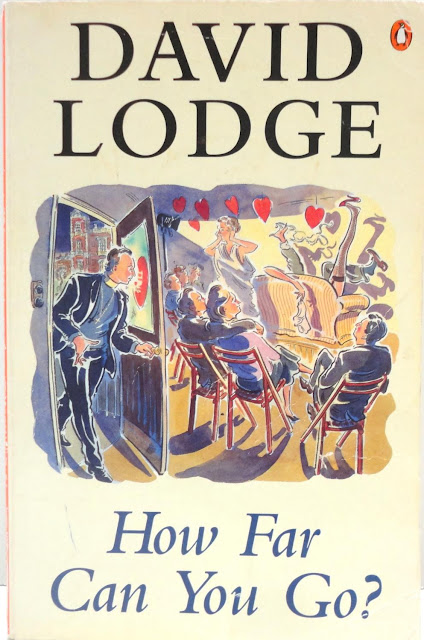 
How Far Can You Go? is a kind of social novel exploring the pointless non-dilemma of how far a bunch of Catholic characters can go in terms of adultery and general naughtiness without forfeiting their right to feel morally smug and satisfactorily insured against hellfire. I suppose it's meant to be a comic novel, really, but it's hard to imagine anyone laughing or even smiling at any of the lacklustre situations his unmemorable characters manage to get themselves in. Compared to that, as I maintained to Claire at the time, Ginger, You're Barmy qualifies as quite a lively read.

She remained unconvinced. Nothing, she said, could be as bad as Ginger, You're Barmy. The surprising thing was that the very paper it was printed on could bear to maintain those words and sentences in perpetuity - that copies of the book did not spontaneously combust out of sheer self-disgust ... (We may have had a certain collective tendency towards hyperbole in those days). 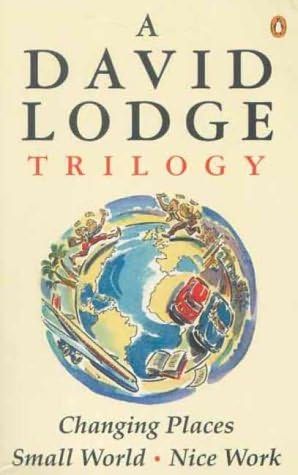 
The funny thing is, I quite enjoyed some of David Lodge's other books - his trilogy of campus comedies, Changing Places (1975), Small World (1984), and Nice Work (1988) was rchly amusing, I thought - and I've found some of his essays on literary theory extremely clear and useful at critical moments in my own 'academic career' (if you want to call it that). 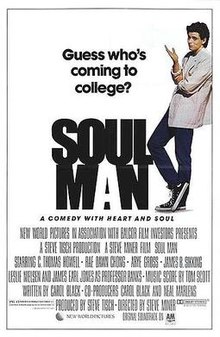 
I know that we've all indulged in those conversations where you sit around listing the worst movies ever made - my own personal pick, after all these years, remains the tasteless blackface comedy Soul Man (1986), whereas Bronwyn steadfastly maintains the counter-demerits of Brown Bunny (2003) - but the quest for the worst novel ever written should have somewhat stricter rules, I feel. 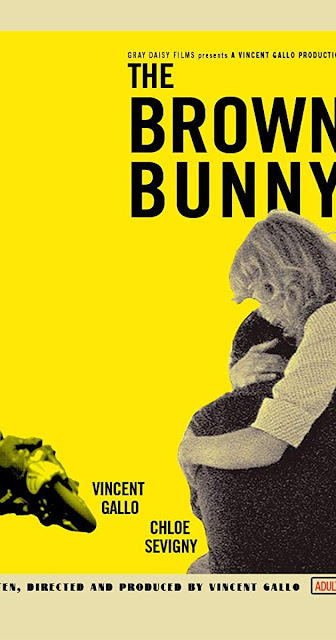 
First of all, there's no point in lambasting bad novels by obscure nobodies. Where's the fun in that? It's just cruel and spiteful.

Nor is it fair to choose a novel which you didn't succeed in reading to the end - what if it picks up in the last thirty pages?

Nor is it sporting (I believe) to choose an author whose work you find uniformly distasteful. Why bother to select a particularly poor novel by Dean Koontz or Jeffrey Archer, for instance - are there any good ones?

These, then, must be the rules of the competition:


Let the games begin - and may the odds be ever in your favour!

I have to say, in conclusion, that I doubt severely that Žižek would be able to find merit in any of Dan Brown's books, which objection - if maintained by the stewards - would constitute a fatal obstacle to his otherwise quite compelling choice of The Lost Symbol as the worst novel ever written.

However, since Bronwyn and I both enjoyed reading my old classmate Mark Haddon's book The Curious Incident of the Dog in the Night-time (2003), I think that that validates her selection of his more recent The Red House as her own candidate for worst novel ever written. 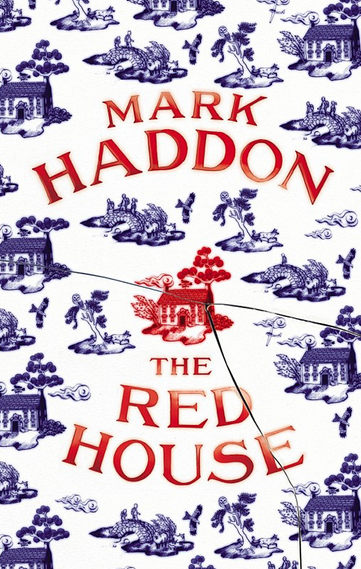 Ever since I started writing novels myself, I guess I've been a bit more chary of parlour games such as this. There is, however, no accounting for tastes, and it can come as a shock that something you mildly enjoyed yourself can be right up there on someone else's hitlist. A lukewarm response is the worst fate any book can receive, in any case, so I don't think being on a list of world's worst novels is likely to do lasting harm to any of the books (or authors) mentioned above. 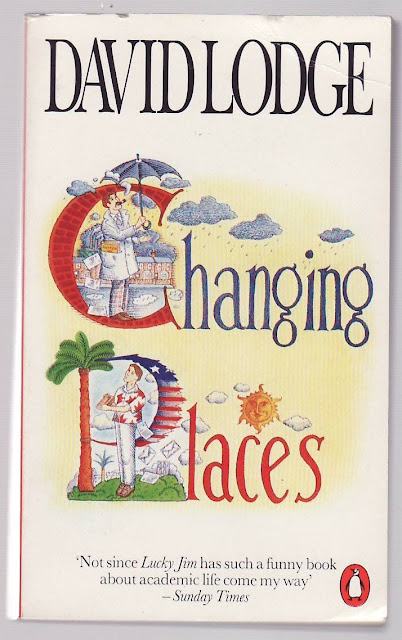 It does put me a little in mind, though, of that wonderful game "humiliation" described in David Lodge's novel Changing Places:

The essence of the matter is that each person names a book which he hasn’t read but assumes the others have read, and scores a point for every person who has read it.

Since all Academics feel secretly guilty about not having ever read works that they are generally expected to be familiar with (Paradise Lost, Middlemarch - you know the kind of thing), this is a great chance to come clean. But you can only win by exposing your own ignorance. There's no point in naming anything extra difficult and pretentious, since no-one else present is likely to have read it either, and you won't get any points.

In the novel, the game is won by a Drama Professor who admits to never having read Hamlet. The sequel, however, is not quite so risible:

Howard Ringbaum unexpectedly flunked his review three days later and it’s generally supposed that this was because the English Department dared not give tenure to a man who publicly admitted to not having read Hamlet. 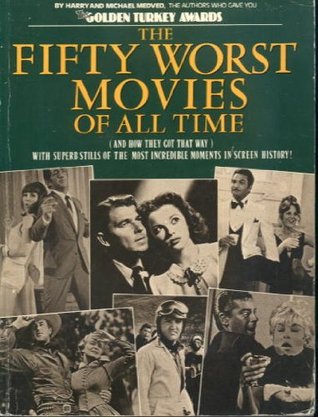