I was reading a post by Jen Crawford which included an old poem she'd found in a notebook, which got me to thinking about some of my old notebooks. I remember, at one period when I was very blocked, scribbling down some versions of my dreams in very loose blank verse.

It wasn't writing exactly -- more like somnambulism, but it was kind of interesting to dig them out (interesting for me, at any rate -- some very revealing comments here & there, but I've left most of those out). Anyway, here's a selection of a few of them. See what you think.

I dreamt of a kind of fool, a court jester
beaten with sticks, me watching, heavy
blows on shoulders, back & legs.

Meanwhile
a parallel unfolded, a black raven
pecking at other birds in a great mass
of feathers, sawdust: like a sand-pit.
The court, somehow, was Stalin's – like a Tsar.
A group of doctors stood around a bed,
– white masks, white faces – tending to his wounds.
Was I one? I think not.

Then the pip
of the alarm. Not a nightmare, tho' the blows
& pecking stabbed sufficiently at me: onlooker
on the fringes of the scene. 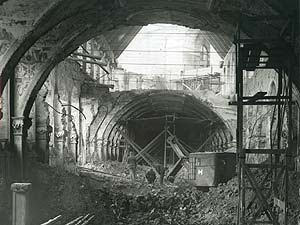 I ran into an old friend on the street
(the scene: some future, broken-down New York)
she & her boyfriend were wearing overalls
& emptying the trash into a long
& complicated articulated machine.
They greeted me: Jack, whatcha doing here?
I answered: Hustling, since out of labour camp.
I'd turned the corner from another world,
a hotel run by gangsters – on the desk
a cute, dark girl, whom I'd addressed in
chin-Italian (their password: Chinese-Italian),
but from upstairs had come no nod
(But boss, the dormitory sleeps sixteen!)
Anne and her boyfriend sympathised with me –
the lucky ones, they'd been here doing this
all through the war – & now were moving house
to look after an apartment for a friend.
We got to talking – the friend had not been keen
on all their safety clothing – Anne confided
He told us that your body gets slip-streamed
from years of this exposure, so no problem.
I told her (I think truly) this was false
You must keep your protection – if he minds
construct a hallway closet with your things
ready for each morning – otherwise you'll die.
Anne – six-foot, slim, dark curly hair – had changed,
her hair was smoother, strung-out, she looked tired –
the opening, I felt, for something else. 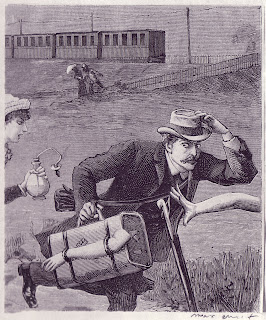 [Next scene:] They are discovered, having driven
miles (America?), in one more cheap motel.
startled, late at night, they drive off the back porch
down onto clay, a grassless slope, with new-laid roads
that end in concrete dams. The choice is simple,
a youth below looks up – they fell him,
hold up his bent corpse. Above, inside the room,
three figures – one a lion’s head –
the sacrifice accepted? Who can tell?
They find the car, roar off on a dead end,
bump over grass ... till woken by a squeal,
a set of squeals – or barks? – or mechanistic
screeches. Nightmare-like, dissolves.

These are great poems Jack.

There is something of maybe O'Hara and as I see it Schuyler and hence Ashbery (but they are not Ashberic as such) and still have your distinct style - which is masked with your more 'constructed' poems - they are good also - like your Santa poem - but different.

There is also that strange and beautiful poem of a dream by Smithyman...Very few of my poems came from dreams - but one came when I was falling asleep (I kind of "heard" the words spoken to me) became a poem it started "In the rumours of the lost rooms" - which is now the first line of my poem "Holy Night".


I am progessing through your Atlantis book. That is a different deal of course. Cheers.

PS BTW (reading the poems here by you) I also I think of Alice Notley - do you know her poetry? Great I think.

Jack - you're a sub-adult. Don't make it sound semi-human.