Famous Seamus: Lament for a Maker 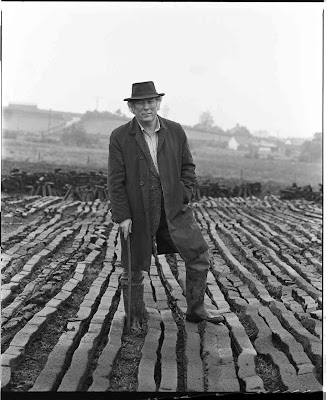 
I went to a talk by the distinguished Irish writer Dermot Healy recently, while I was at a conference in Singapore. As well as plays, screenplays, and fiction - most famously his haunting and terrifying novel A Goat's Song (1994) - Healy has also published a number of books of poetry. He's a pretty unpretentious sort (in fact, when I last saw him, at the conference dinner, he was trying to imitate Tibetan throat music to an increasingly unenthusiastic throng). One of his quips was that he was getting used to people coming up to him and saying how much his poems meant to them, then producing a copy of Death of a Naturalist for his signature ...

Dermot Healy / Seamus Heaney - the names are not really that similar, but he claimed that he got mistaken for the more famous Seamus on a regular basis, and had in fact taken to signing some of his books simply in order to avoid further explanations.

Famous Seamus - that was his nickname in Ireland, another Irish friend told me. Virtually from the beginning of his career, in the mid-sixties, it was apparent that his was a talent on a different scale from most of his contemporaries. As Gavin Ewart put it, wryly: "I think I'm Auden, he thinks he's Yeats." That was the competition - not the other poets he knew, or (increasingly) that he'd taught at Queen's University in Belfast.

I wrote a fairly long piece about Heaney and his sense of poetic genealogy for a guest lecture I gave to Jo Emeney's somewhat bemused English students at Kristin School in 2010. Not just Yeats, but Homer, Shakespeare - above all, Dante, who inspired his wonderful dream vision Station Island of 1984, and whom he translated piecemeal in various collections throughout his career.

He bore his burden of fame (the Nobel Prize, the Professorship of Poetry at Oxford) with grace, I think. It can't have been easy at times, when each of his pronouncements was taken so seriously, weighed up with such scrupulous attention - particularly as the Troubles dragged on, and he had somehow become the voice of Catholic Northern Ireland itself.

His was a fate rather like Dante's - and Yeats's - then: a partisan political as well as a poetic role to play in the tragi-comedy of late twentieth-century history.

Now all that's over and we can go back to the poetry. A few years ago I bought the recordings he'd made of his entire body of work to date: a 15-CD set which I've listened to a couple of times since then. It's a very different experience from reading the books (I have all of them, as well: the 12 collections, at any rate). His shaping and patterning is so clear on the page. When spoken aloud, the poems become more genial and anecdotal, more like the fragments of a complex life story they were always, I imagine, meant to be.

It seems rather fitting that it was Jo Emeney who sent me a link to an obituary by Colm Tóibín, and thus informed me indirectly of his death yesterday. I don't know quite what to think, actually. He was one of the major shapers of poetry in our time. It seems rather unfair that we should have to part with him so soon. I suppose the true breadth of his work will come into focus now, though - that journey he started on almost fifty years ago.

I'll quote a part of his translation of Canto 1 of Dante's Inferno. It seems to say so much more than I can find to say at this moment:

How I got into it I cannot clearly say
for I was moving like a sleepwalker
the moment I stepped out of the right way,

I looked up, and saw how its shoulders glowed
already in the rays of the planet
which leads and keeps men straight on every road.

And as a survivor gasping on the sand
turns his head back to study in a daze
the dangerous combers, so my mind

Turned back, although it was reeling forward,
back to inspect a pass that had proved fatal
heretofore to everyone who entered.

What more can one say? It comes to us all in the end, that "pass that had proved fatal/ heretofore to everyone who entered" - in Seamus Heaney it took away one of the best and the brightest ... Perhaps one might conclude, instead, with some lines from Dunbar's "Lament for the Makaris":

[I see that makers among the rest
play here their pageant, then go to grief;
their faculty is not exempt;
The fear of death obsesses me]. 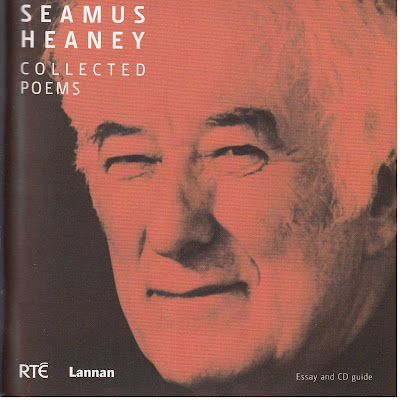 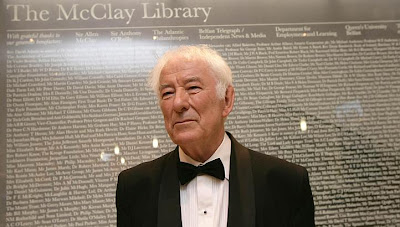 I like a lot of Heaney's poetry. I have a book on his work. It helps to have some elucidation. Some of the poems are obscure. Others rather dark (I have a book here about the bog people but I don't want to read it, I would get nightmares...I read some of it, it may have inspired Heaney): I dont know Healy, but I picked up by chance a biography of someone called John Healy.

I had an old Irish fellow here and thinking he would be interested tried reading a poem by Heaney (as he was from somewhere near Northern Ireland)- it wasa the famous one with him watching hsi father dig potatoes. But the old fellow just laughed - he felt nothing for the poetry and I dont think he knew how Heaney was - he was a house painter, nice fellow.

Sports heroes? Yes! Poets? Strange buggers, never did like all that strange gobbledygoook...

But to many of the more educated stratas he was clearly important. A sad loss, but he was getting on I suppose.