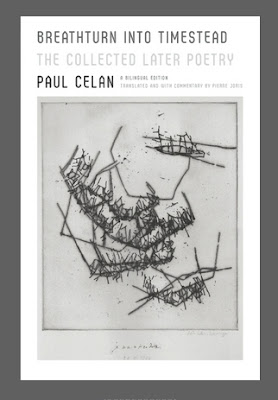 Paul Celan: Breathturn to Timestead: The Collected Later Poetry,
trans. with a commentary by Pierre Joris (2014)


Quite some time ago now (2011), I wrote a post, Collecting Paul Celan, which listed most of the salient books by and about Paul Celan then available in English. There are now some new ones which deserve celebration, however.

It's now (almost) possible to read all of his complete published books of poetry in English translations, for instance. That might seem like an odd thing to want to do, but there's certainly a strong argument that each of them is a coherent work in itself:


This, the first of Celan's collections, appeared in a form so riddled with errors and misprints that he disowned it soon after publication. It does, however, include his most famous poem, "Todesfuge."


The contents of Celan's first collection were reprinted here in a corrected form, together with much new material. Nobody has yet provided us with a complete translation of the book, though there are substantial selections from it in the translations by Michael Hamburger (1988) and John Felstiner (2001), among others. 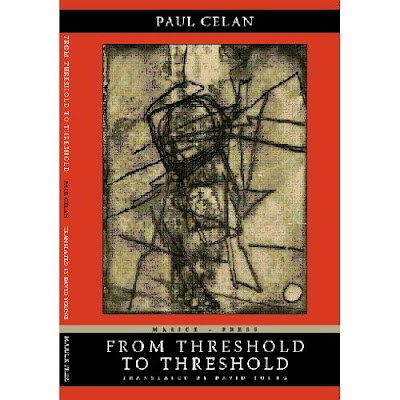 Paul Celan: From Threshold to Threshold 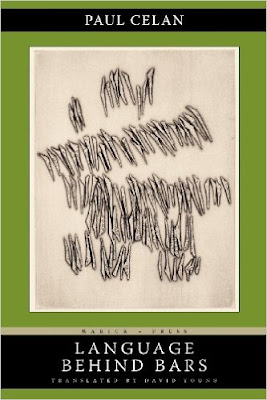 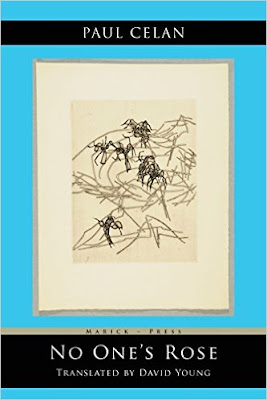 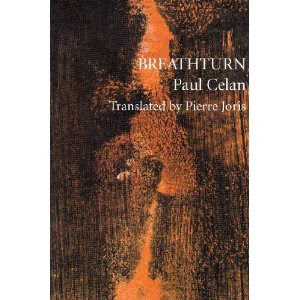 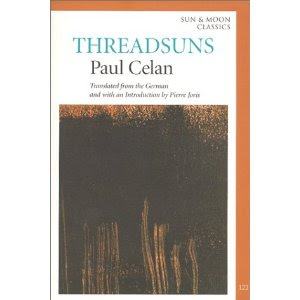 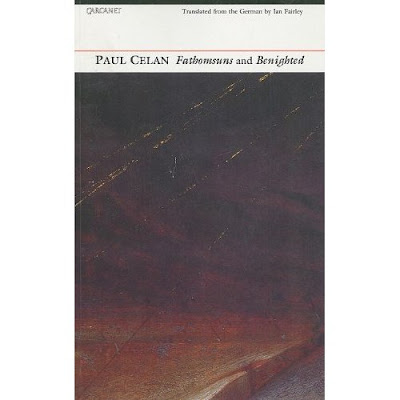 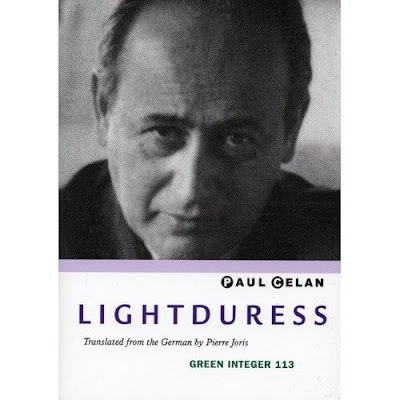 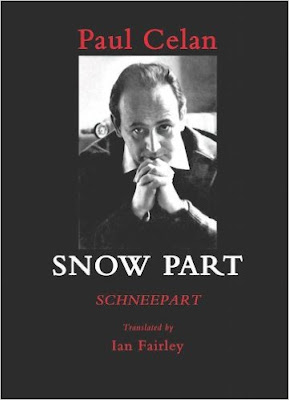 So, to summarise, Paul Celan's 1955, 1959 and 1963 collections are now available in single-volume, dual-text translations by David Young. Celan's three subsequent collections (dated 1967, 1968, and 1970), together with the two posthumous collections (1971 and 1976) are all included in Pierre Joris's new book Breathturn to Timestead: The Collected Later Poetry (New York: Farrar, Straus & Giroux, 2014).

To complicate matters somewhat, Ian Fairley has provided us with his own single-volume editions of Fadensonnen [Fathomsuns] (1968) and Schneepart [Snow Part] (1971), so there we have some doubling up. 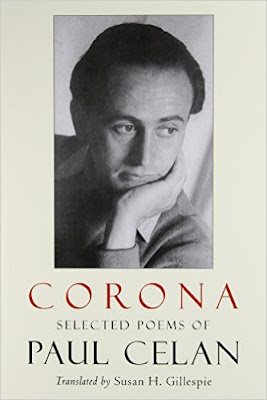 What else? Susan Gillespie has provided an attractive new selection from Celan's poetry (Corona: Selected Poems of Paul Celan. Trans. Susan H. Gillespie. Station Hill of Barrytown. New York: Institute for Publishing Arts, Inc., 2013). No doubt there will be many more such to come.

On a rather more egotistic note, my own Celan versions from Celanie: Poems & Drawings after Paul Celan (Auckland: Pania Press, 2012) can also be accessed here, together with Emma Smith's wonderful drawings here, as well as various textual notes. "The Twenty-Year Masterclass," my introduction to the book can be read here. 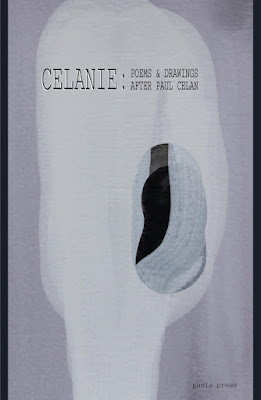 Jack I did do a review of Celanie but couldn't place it anywhere. I liked some of the poems (I've never been big on Celan I prefer Georg Trakl of the German poets): but some were very good. The same applies to 'Breathturn' which I had out of the library some years ago and then got out again. Finally I found if for sale in my local library!

I like Rilke of The Duino Elegies. But certainly Celan is challenging and must be difficult to translate. That is the part I liked of Celanie as it was based on letters he sent and thus you gave some background. (You also explicated one of his poems in one Brief).

However, it took me a long time to "get" Montale and it was indirectly through reading Smithyman/Ross's book and comparing it to translations I already had that suddenly it seemed clear or I was able to feel strongly reading Montale paradoxically by going back to the book I had had for years 'Selected Poems' (transltd. by George Kay). But Montale is similarly "difficult" or concentrated as Celan seems to be.