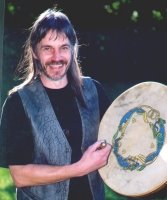 Tony Chad writes in to say:

Hi Jack - strange though it may seem (I was in Mexico on 4th July) I have only just heard of Leicester's illness and passing - although I fondly kept in mind the thought of another visit to the West Coast and inevitably to Leicester's hideaway in the hills, I never did make it and now of course it is too late. I was deeply saddened and shocked to read the news in the August NZPS newsletter (only just received). I had (I think) 2 visits to Leicester's, where I enjoyed his hospitality and some memorable walks. These memories are often referred to in our home, and will I am sure, stay with me through time. He was indeed a real gentleman and touched many people's lives and hearts. As you so rightly remarked, he moved visitors to write poems about their visit... here attached is one from my latest book - all the best, Tony

Of chains & bondage & a walk in the bush


Two hours we journeyed in the faithful red land rover, the Ngakawau landscape instantly recognisable by the way the residents had transformed coal trolleys from the mines into flower boxes. We arrived safely at the secret parking place in the bush and travelled another hour on foot attended by the fantail and accompanied at times by bellbird, robin & tit. We smelled and glimpsed tiny native orchids and other memorable plants (whose names I forget), marvelled at gushing waterfalls, lunched on an island, carried the heavy rucksack by turn filling it with treasures until it was time once more for the faithful red land rover, a pint of Miners Dark at the Seddonville Hotel, then home to Millerton wondering who put chains around the trees, and why?
- Tony Chad (from Self Titled (HeadworX 2006)

Thanks for this Tony and Jack. I am dedicating my projected book to my parents' memory and to that of Leicester. I never got to Millerton or Ngwakau, so it is good to hear a poem of a meeting with Liecester from there.