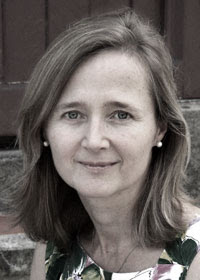 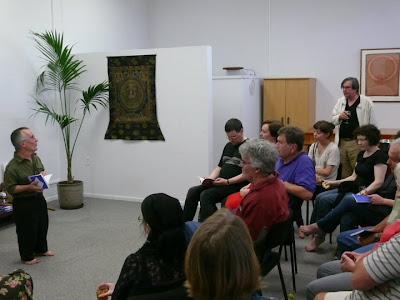 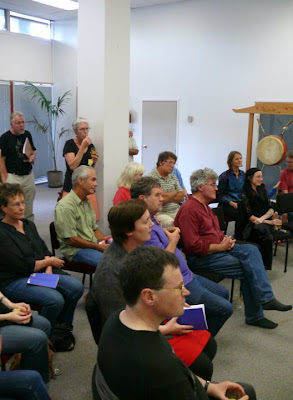 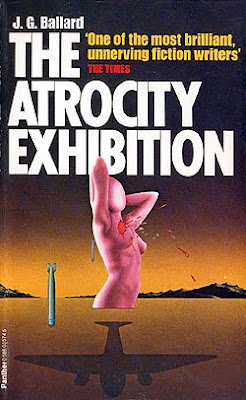 I'd say you would be perfectly capable of hoaxing a review of your own book, but then only in order to pan it.

Well, you might have a point there, Giovanni. Only if it seemed extremely amusing to me at the time, though ...

That's a great review Jack. Lisa Samuels is very alert, she is also "someone" in contrast to another reviewer of yours (forget the name) so hopefully you (Titus) will get orders...

Lisa has inspired me to extricate & preuse my own copy. I read the first story and I was impressed but somehow got sidetracked.

All your work has that "disturbingly interesting" aspect, like someone said of Curnow he "fucks with my head" but the immortal Hamish Dewe responded with "Good!". (I have to say I sometimes find a lot of A. Curnow's work rather dark.

Well the reviewer had a quote from Arnold (just read his 'Empedocles' (better than I thought it might be)), and referenced, inter alia: Lautreamont (I read most of his book), Acker; Ballard (only seen the famous movie set in China), but I recall your Blog post on him; Powys (another Blog post); Sebald (I love what I have read by him); Roland Barthes (competing with Arnold as a critic?); Sade (of course (googled Justine, got that, it's not the Durrell one) ..but Sade harks back to your Appolinaire at the start of 'Nights with Giodorno Bruno'; Dante ; .... which is all to say you are in interesting company!!

Don't be hesitant about telling people of your successes. (My policy in the world of chess is to say when I play a great (or nice) game (if I think it is true), but I also I show quite openly my really bad games...no problem, I try to learn from success and failure)...

But it was a good review. Good one! I must get onto spieling re your other book also and Alt. It (Alt) sounds intriguing. She makes or will surely make some people want to read Alt.

I don't think you have to be so self-deprecatory about your own status as a reviewer, though -- that review of Bruno you did back in the day, which is still up on the Titus site, is a pretty all-stops-pulled-out piece of writing. Ditto your reviews of EMO and Brunettes ...

Jack. thanks re my reviews. Also my review of Brunton's 'Moonshine'

That and 'Emo' were very hard to review.

How to "judge" them?

I had to work on 'Emo' and 'Moonshine', which is good. Bruno was not so bad. I didn't find it hard to read as such.

I was a bit like Don Smith in my approach and reaction.(Remember how he said he threw away your postmodernistical addendum!). I love "traditional" novels stories etc (and also more "avant garde things and these of a range of modes)...I'm not a big fan of Poe or horror as such. I binged on Sci Fi many years ago for a couple of years. But Ballard I really only know via the film of his childhood in China.

I haven't done much on my own Blog as for a start I want to sort my own photo files. Then I am getting new glasses and I had car trouble and so on and on ad infinitum...

Re Sci Fi - Question: did you ever read a Sci Fi novel in which someone was on a dying world, eventually he made it to the another world? My ex (ca the 80s etc) used to read a lot more than I and much more quickly and it was from a library, so just picked it up at random to read and I cant recall who wrote it, or what it was called; now in it there was a castle, and in that there was a huge kind of statue of Santa Claus...(lol!)?

That image haunted me and is in fact in my Chains series in my book...

You might know the book or the writer. Any ideas?

The writer may have been Heinlein. Or Brain Aldiss. But it was quite some time ago.

I'm stumped so far. I did some googling and it's not Aldiss's 'Hothouse' although it is possibly "atmospherically" like that.

I thought that Sci Fi hadn't influenced me but I when read Sci Fi I recall when I was a teenager, and for about a year almost non stop I read hundreds of Sci Fi stories. I don't recall all the writers but many of the stories are still in my memory.
I sued to read those Golancz books from the library.

But that other story I read about 1986 I think. I recall being totally absorbed into the world of it as if I was in it. The way Joyce can bring one into his books (especially in the early chapters of Ulysses) but this world, while fictional, was so believable. Yet it was quite strange! And I don't really feel it had a valid "point": after all if a world ends and another begins, you may as well be at the beginning of the one that just ended! And yet it convinced by its subtle writing. But I cant recall who wrote it or what it was called!! (But I didn't read much a that time). The power of story.

Anyway..'The Kingdom of Alt' is on my agenda! Regards, RT.