A Triptych for Lee Dowrick 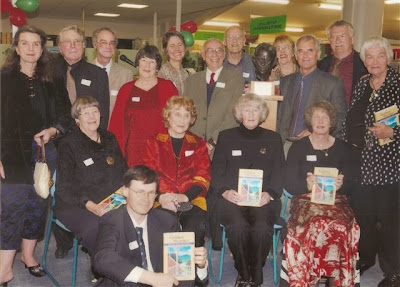 
It's Lee Dowrick's funeral today. For roughly a decade a group of us used to meet every month at her house in Devonport to read out poems and trade gossip about the "literary life." I have to say that I owe her quite a debt. That note she left in the Baxter and Mansfield Second-hand Bookshop, inviting aspiring poets to join her little group of "bookshop poets," made a big difference to me.

I met such poets as Leicester Kyle, Stu Bagby, and Raewyn Alexander through Lee's good graces. The other core members of the group, Alice Hooton, Jackie Ottaway, Wensley Willcox, became good friends and valued collaborators over the years. That invitation of Lee's, and her unfailing hospitality, helped to get me out of my solipsistic cave and out meeting other writers instead. My very first book launch, in 1998, was together with one of Lee's: That Was Then.

Today I'm going to her funeral, in Devonport, down by the sea, the little suburb she loved. Funny the way things turn out. The first time we met, it turned out that she'd once been a patient of my father's (as an East Coast Bays GP, there seem to have been few people here who didn't visit his surgery at one time or another). The last time we met, in the shopping centre, a couple of years ago now, she didn't know who I was, and couldn't think how to respond to my cheerful "Hi, Lee!"

I don't have much more to say about Lee, other than to say what a careful crafter of words she was, and that the few books of mostly nostalgiac poems she did publish don't really do justice to her gift as a writer. To demonstrate that, I thought I'd include a few of her poems here, ones which I published myself during my stint as co-editor of Spin. What better memorial for a poet than a few of the many, many poems she wrote and published over the years?:

the wonderment
of this sweet life


not waiting for mummy

I attack
the grimy comers of my room


black
built up layers
a sharp knife
shaves the skin

Goodbye, Lee. We're all going to miss you a lot. 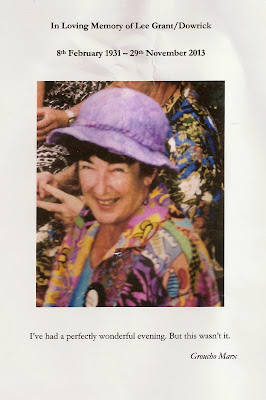 I met her I am sure. I think I went to a meeting at her house once, possibly through my meeting with Michal Ma'u. Leicester connected by coming to the Panmure poetry group (as Michal and her friends did also) and being friends with Stu Bagsby and yourself. It makes the poetry world also an "ordinary" communal world as well as that slight austere "romantic" solipsistic world. From memory she was pretty well read in poetry and literature.

I think she and others got some of my poems into Spin.