Pictures from the Paper Table Booklaunch (3/12/17) 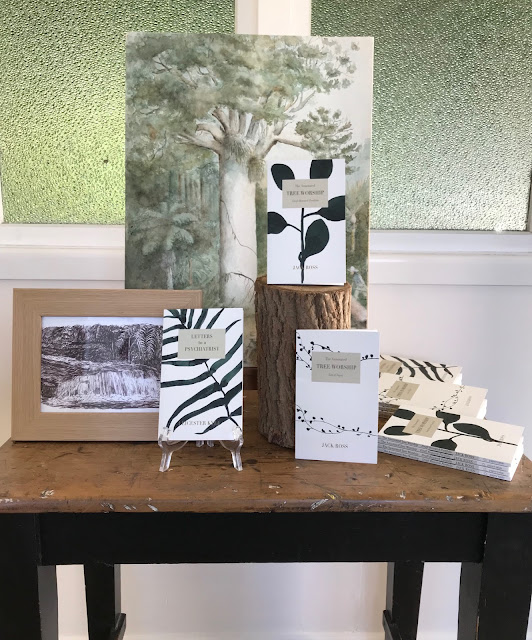 Bronwyn and I would like to thank everyone who came to the Paper Table novella launch yesterday, and were generous enough to buy so many books! We'd also like to thank our two brilliant speakers, Stu Bagby and Tracey Slaughter; our visionary designer Lisa Baudry; Leicester's cousins Dave and Viv Kyle, who were there to represent the Kyle family; our two helpers Niamh and Hatty Fitzgerald, and all the rest of you who were able to spend your Sunday afternoon with us.

We really appreciate it. 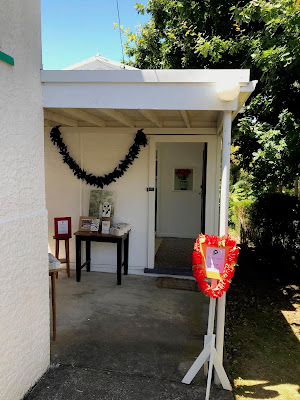 The approach to the book table 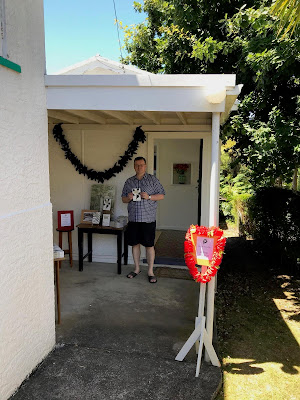 Jack and his book 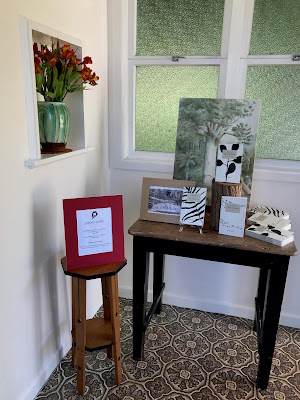 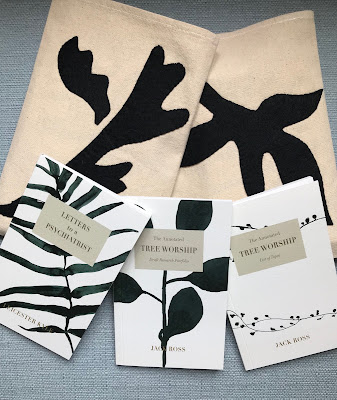 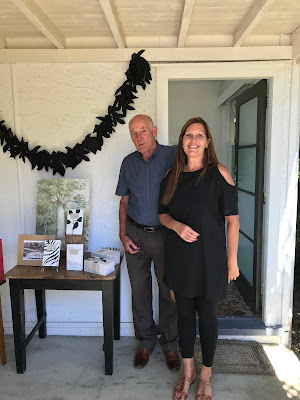 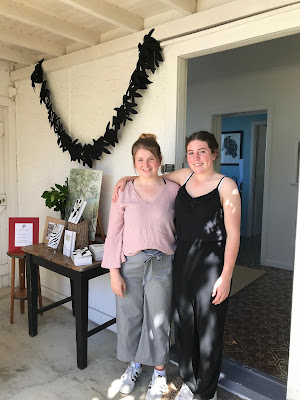 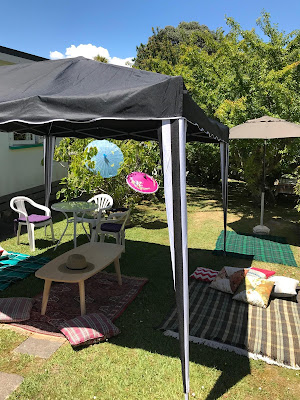 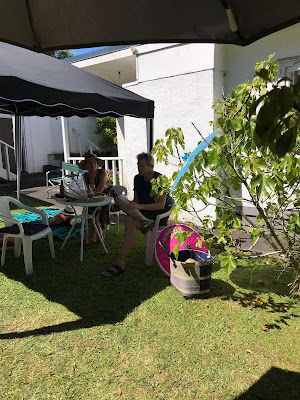 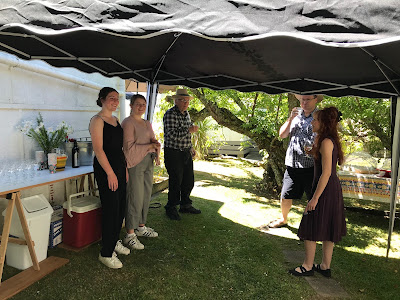 Richard Taylor and Tracey Slaughter were the first to arrive 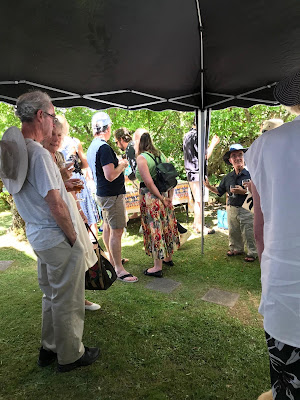 soon joined by many others, including Stu Bagby, Jackie Ottaway and Richard von Sturmer 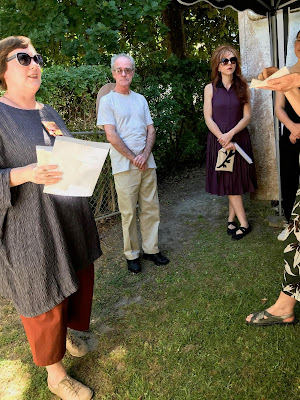 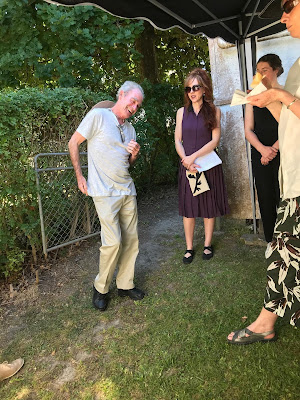 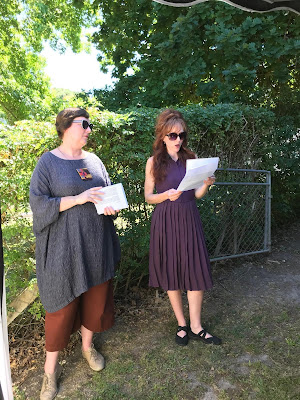 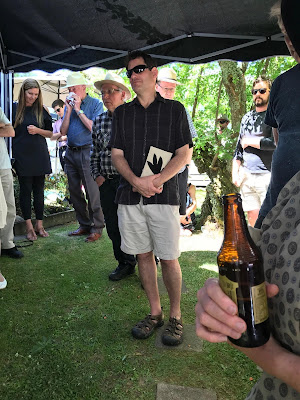 Bryan Walpert with his bookbag, with Matt Harris behind him 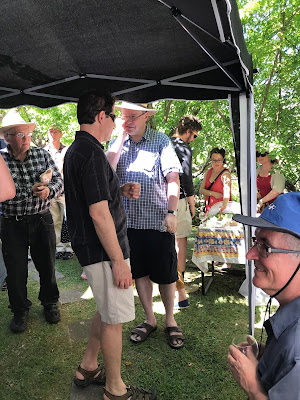 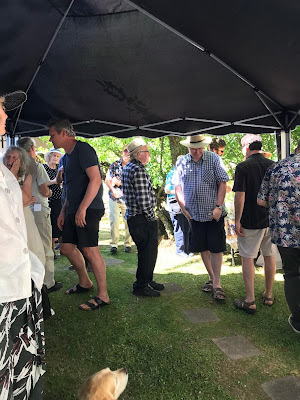 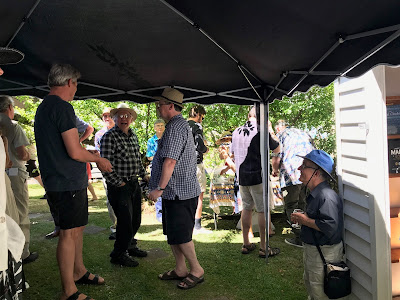 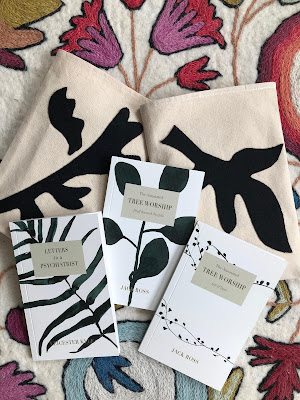 If you have any questions about either the books or the imprint, please visit our Paper Table website. 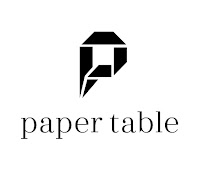 Hi Jack Bronwyn et al. I enjoyed the launch. I have read your first book. Very absorbing and the ref. to a story by Henry James got me reading that story. Very much enjoyed! I think just right. The trees from those ('talking') trees in LOTRS? I am now absorbed in your second.

Novellas. A good form. I like the method of the second. Topoi. Typical topics. The author of the book on the novel. I recall you wrote about it and your plaint was the neglect of ancient or ancienter writers. So you put one of those novels I think it is Aegipticus or something, into the mix.

What you, Bronwyn and Lisa (the artist) and others are doing around Pania Press is great. Her art is good also. I like the covers.

I am becoming alarmed though Jack for your continuing well-being in academia!

No danger in my life of such issues. I basically retired in 1987! Will read on. When finished will post that I read your and I hope by then Leicester's book on FB.

I urge readers to read these two. They are very absorbing, intriguing. Not just dry academic. Mix of fast and slow pace. Good stuff...

Thanks for the comments on my book. I hear you about academia -- I was secretly hoping that none of my colleagues would come to the launch or buy the book (let alone actually read it), but there were a few of them there, and my secret may soon come to light. Never mind, it's all 'fiction,' after all, isn't it?

I'm a bit worried, though, by Nicholas Reid's claim, in his blogpost on Conrad's Heart of Darkness, that there's no real difference between the narrator and the author of such first-person narratives: If Marlow says something, then that's the equivalent of Conrad saying it.

Of course, that also means that Nabokov's opinions are the same as Humbert Humbert's, Bret Easton Ellis's as Patrick Bateman in American Psycho, and mine as the narrator of my two novellas, so I hope that this view is not too widely held!

I think Nicholas Reid is related to J C Reid, who when I was at university (one year only) studying English, was one of the lecturers.

I am not sure. Conrad, for example, was in places like the Congo. I have read Heart of Darkness a number of times. I re-read it when I watched 'Apocalypse Now'. Sven Lindqvist wrote a book 'Exterminate all the Brutes!' which is also inspired me to revisit Conrad, who I had read as a boy. Bob Orr and I shared a love of Conrad when I met him again at the launch of David Lyndon Brown's posthumous launch. The same voice?

There is always something of the writer, I once read a critical book that examined a range of writers and argued that the degree of the self is just that. Whereas say for Berryman and others it didn't help them as such this 'confessionalism' or degrees of it he argued possibly can do more good than not. So to get the right distance is probably impossible. Eliot was never really so objective, nor was Plath quite so herself. I see it as a kind of moving in and out of focus of the self which is to some extent what I do on EYELIGHT etc...although it isn't so complexly planned. Yeats and his masks. There was a French novelist film maker Herbert Guibert whose journals are sometimes quite dark but beautiful. (One can read pieces of it at random, well that is what I did). The journal form as Gide and perhaps Cheever (long list here) and others practiced. I was thinking of that as a method of working. Not to overtax, make short statements. Even Maugham had journals, and of course Mansfield, Kafka etc.

I have the feeling reading say Kelman that that is who he is (to be fair or unfair I have only read his 'How Late...')...some of your stuff is Jackian as in fact I suspect more of Ken's is Ken Rossian....I haven't read American Psycho, Junky I didn't like, perhaps I was in a bad mood or something. And that is another aspect, the reader. Barthes 'Death of the Author', the degree of 'participation' of the reader. But knowing Acker I would like to have a better look at some of the books of Burroughs. Acker seems to have a lot of herself despite or because of her pastiches or "plagiarisms".

I finished all the novellas and sent remittance now in full! I have a collection of novellas and the titles surprised me. Heart of Darkness but other famous books one kind of thinks are novels. It is indeed titled 'Twelve Modern Short Novels'.

I liked all of the books. Leicester's was intriguing. Leicester was a complex man. To write a biography of him, even a lit. one, would be fraught. It would be like working through a minefield. But (or and) he was amazing in many ways.

I like yours but I think I would need to re-read them to get the full significance of the whole thing. I read the enigmatic 'The Jolly Corner'. Shades of James in your and Leicester's work? I see that many of the stories of James approach novella length. His prolix often Latinate yet sinuous and beautiful (if sometimes infuriatingly intelligent and ambiguous) prose. Shades also of 'In My Father's Den' and or 'Lolita' at a pinch? The battle with the powers that be and 'evil' grad students in the university in question is frightening for sure. As with evil neighbours and amorous daughters! But then things that were where they were are not so!