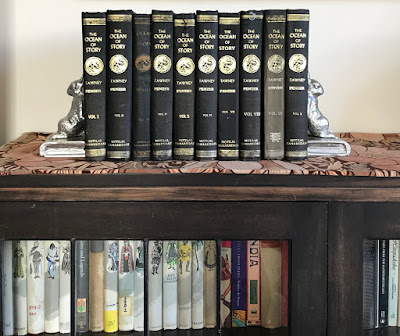 
The other day we were playing one of those parlour games where you have to decide which great book you'd most like to annotate.

After all, when you come to think of it, the immense Ocean of Story (pictured above), is really nothing more than an annotated edition of C. H. Tawney’s two-volume, nineteenth-century translation of Somadeva’s Sanskrit epic the Kathā Sarit Sāgara (or Ocean of Streams of Story). Norman Penzer, Richard F. Burton's bibliographer, set out to emulate the master's classic ten-volume translation of the Arabian Nights (1885), with his own, similarly bound, 10-volume masterwork. Penzer may not have known much Sanskrit, but he knew a great opportunity when he saw one.

I put up a post some time ago about the multiple annotated editions of Bram Stoker's Dracula. "Marginalising Dracula," I called it (rather wittily, or so I thought at the time). Since then I've written a novel called The Annotated Tree Worship, so you can see the subject's been on my mind a bit. 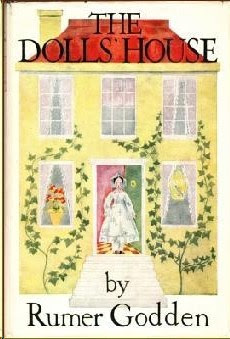 
Our own discussion was provoked by Giovanni Tiso's longerm project of an annotated Dante, which he was outlining to us at the time. After a bit of reflection, Bronwyn went for Rumer Godden's The Doll House, explaining that she thought children's books were the most fun to examine in depth (though the example of the annotated Charlotte's Web is not very encouraging here, since its editor seems most interested in detailing E. B. White's proof corrections over the years to its myriad editions!). 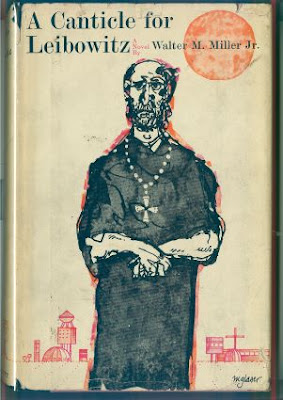 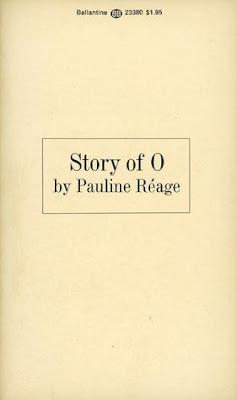 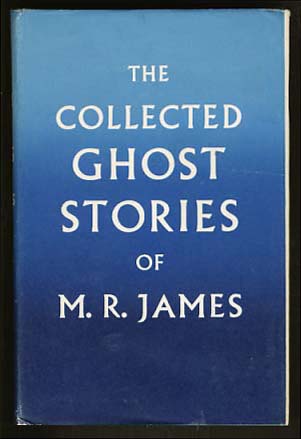 
I guess one reason for this is that I've already made a start on the task on this blog. I did a general post on M. R. James a few years ago, but then I followed it up with a more detailed commentary on one of his most enigmatic short stories, "Two Doctors," including a complete print-out of the text from the first edition, and sundry reflections of my own. Since then I've included "Oh, Whistle and I'll Come to You, My Lad" as one of the prescribed texts in my Stage 3 Advanced Fiction Course here at Massey.

The last time I ran into Jeffrey Moussaieff Masson, he told me he was working on an illustrated (by which I assume he meant at least partially annotated) edition of Moby Dick as a companion volume to his fascinating version of Freud's Interpretation of Dreams. 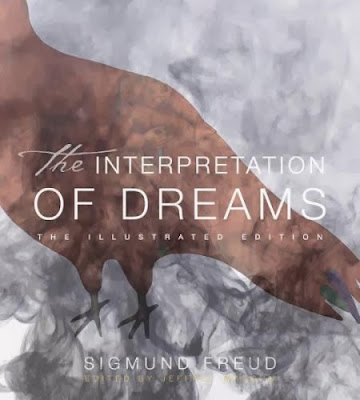 
I haven't yet seen it listed anywhere, but I have to confess that I'd really like to read it. Masson is a very brilliant man, and while I didn't get the impression that he knew that much about Herman Melville, he does seem to be very well informed about marine biology, so I'm sure his version would be replete with psychological insights into the that perennially vexed question: the whiteness of the whale.

For myself, I contented myself with recommending to him Harold Beaver's Penguin English Library edition, which includes a long commentary on the text as well as copious notes. Steve Donoghue describes it as "the work of a madman" in his blogpost "Eight Great Dicks", going on to call it "the most critically overloaded edition ever nominally intended for a mass-market audience." He does, however, conclude:

If you’re a reader who likes this kind of herbaceous annotation (I sure as Hell am), this is the edition for you.

I think you know enough about me by now to guess that it's my favourite edition, too.

But how about the rest of you? Which book (or books) are you longing to annotate? What authors have you been collecting obsessively since childhood, compiling a slew of useless detail you're just longing to unload on some poor bystander? 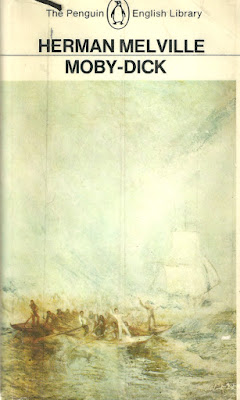 Hello There. I discovered your weblog the use of msn. This is an extremely smartly written article.
I'll be sure to bookmark it and return to learn extra of your useful information. Thank you for the post.

I will definitely comeback.