It's always too late 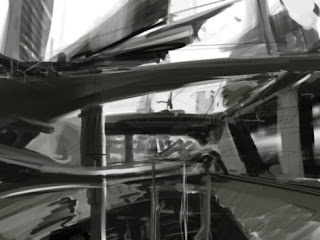 About 20 April 1970, around Passover, Celan went from the bridge into the Seine and, though a strong swimmer, drowned unobserved. ... Mail piled up under the door of his barely furnished flat. Gisèle called a friend to see if perhaps her husband had at last gone to Prague. On 1 May a fisherman came on his body seven miles downstream. …

People have said that Celan took his own life at forty-nine because valid speech in German was impossible after or about Auschwitz. Yet this was the impossibility that incited him … And he did speak – more validly than could ever have been imagined.

It’s always too late
when you got nothing
– Nine Days

seeing in a special way
the light from
buses, passing
did I ask you?
what?

too soon, no doubt
my friend is
Wendy
Wendy Nushe’s trying to
climb out